Meghan and Andy planned their wedding while travelling around Australia so they really relied on their friends and family pulling together to help them out. That being said, they did an awesome job by keeping things relatively simple.

The inspiration for their reception space was a photograph of another wedding filled with balloons that Meghan saw on Rock n Roll Bride! “I saw a photo once on Rock n Roll Bride of a wedding filled with balloons… and after seeing it that one time I could never find it again” [is it in here?], she explained. “But as soon as I saw it I knew this was what I wanted. Our wedding began to look a bit like like the movie ‘Up’. We attached 375 multi-coloured balloons to 100 chairs.” 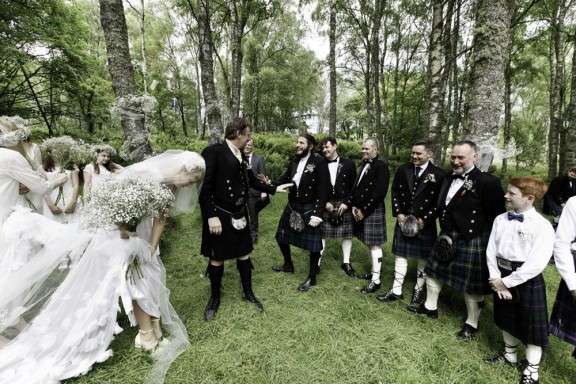 “We really wanted our wedding to be relaxed,” she continued. “We are late for everything so time didn’t really control anything on the day. We weren’t really bothered if things went wrong either. I was actually sick the whole day! To me, our wedding was unique because we did it all ourselves. I would think of something and Andy would make it come to life. People had said they never had been to a wedding like it and they had so much fun… That to me alone is a success.”

For flowers they bought heaps of babies breath online and arranged it themselves. “We used it for everything and it looked amazing”, she said. “For bouquets, headdresses, and to decorate the ceremony area. It was also a more affordable option than elaborate flower arrangements.” 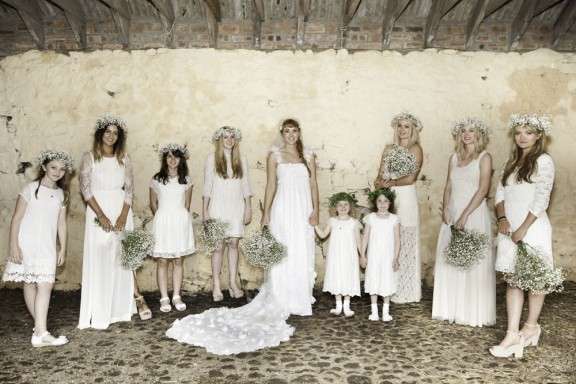 As the wedding was over a whole weekend lots of people pulled together to feed everyone too. “My father did a BBQ on the Friday night”, the bride explained. “We had guests bring cakes and treats for a snack after the ceremony. I made flavoured water with local fruits and vegetables. We had guests BYOB, or soft drinks. We wanted it as relaxed as possible more like a social gathering, even the main meal was chilled. We had a wood fired pizza oven by Maxine’s Mobile Pizza and guests could just go up and help themselves. He hand stamped pizza boxes with our logo on it, so it was like our own pizza shop. Was super cute to see people walking around with our pizza boxes.” 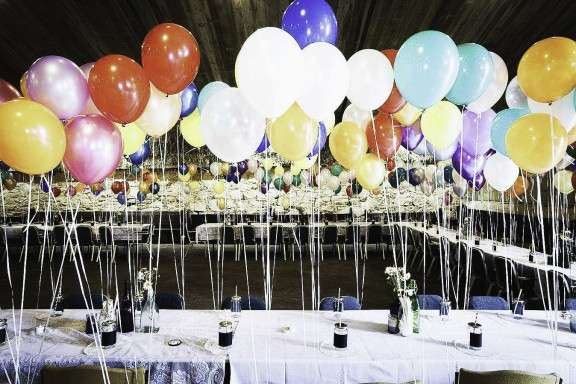 “For dessert we we had a massive pick n mix which guests could eat whenever they liked and for a late night snack we had homemade hot dogs (at Andy’s request as I am a vegetarian), pots of chilli and mini pies. Finally, for a bed time snack (as guests stayed at the venue) we served milk and cookies which my sister made.”

“As I planned most the wedding when I was travelling in Australia, I asked my bridesmaids to pull together to pick their own outfits”, Meghan continued. “It was stressing me out trying to find dresses for everyone from afar. I told everyone they could pick whatever they wanted as long as it was cream and it wasn’t as good as my wedding dress! They all did amazing. They look liked woodland pixies. Most of them got dresses from ASOS.”

“Our biggest expense was the venue”, the bride concluded, “as we had it for the whole weekend. But we made some of the money back by renting out rooms to our guests. We had family coming from all over the world so we wanted somewhere we could all be together.” 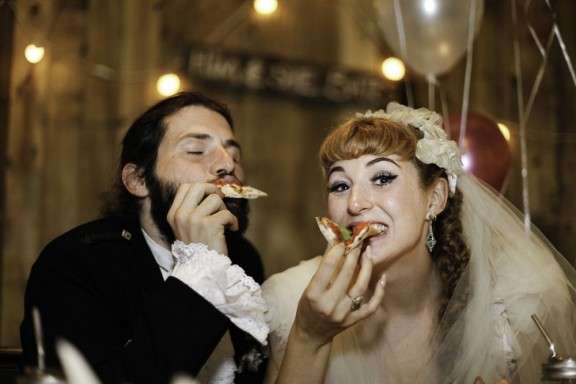 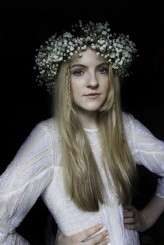 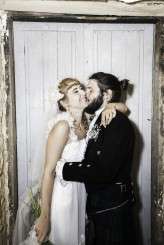 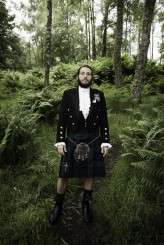 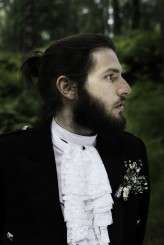