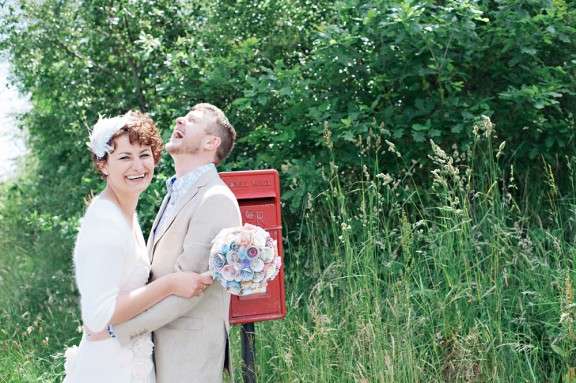 Steven and Beth were married at Penarth Fawr Medieval Hall in June. Their reception was held in a marquee in the grounds of Gorwel Cottage, a holiday rental with sea views over Cardigan Bay and Pwllheli harbour. They didn’t have a huge budget and so they homemade as much as they could including the flowers and stationery. They also had an afternoon tea and evening BBQ as their food which was a lot cheaper than many of the other options that they looked at. 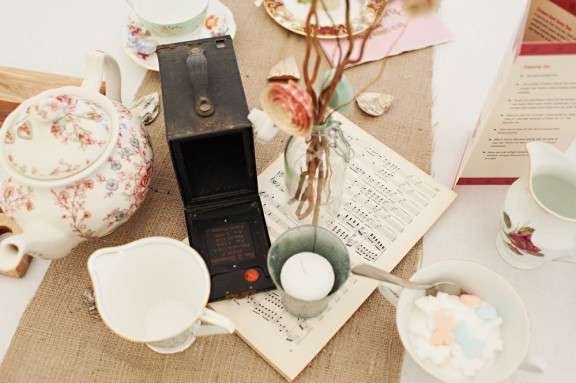 “We didn’t really set out to have a theme however the vintage vibe lends itself to reclamation and DIY”, wrote the bride, “plus chintz is my guilty pleasure! We looked for months at conventional wedding venues but they were all too expensive or not quite right. We were at the point of giving up when we asked the owners of Gorwel Cottage if we could put a marquee in the cottage car park for the wedding reception and luckily they loved the idea! My parents already had the cottage booked for their annual holiday so they booked in for the following week too and we were married on the weekend in between on the Summer Solstice. Gorwel is really special place for my family as we have holidayed there for years and my Nan’s ashes are scattered in the area. Similarly it was the place me and Steven had our first holiday together. It’s really peaceful, overlooking the sea and the mountains.” 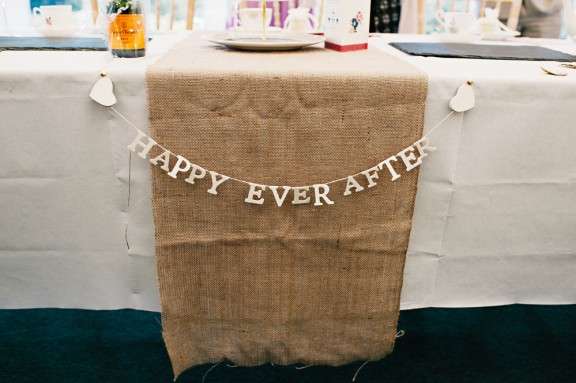 “We knew we didn’t want a traditional wedding with hen/stag parties and bridesmaids and place settings, we just wanted it to feel like a get together where people could just chill out, eat good food and get merry”, she continued. “It was important that everyone felt comfortable and loads of guests got changed into their casual clothes after the wedding breakfast, which was an afternoon tea.” 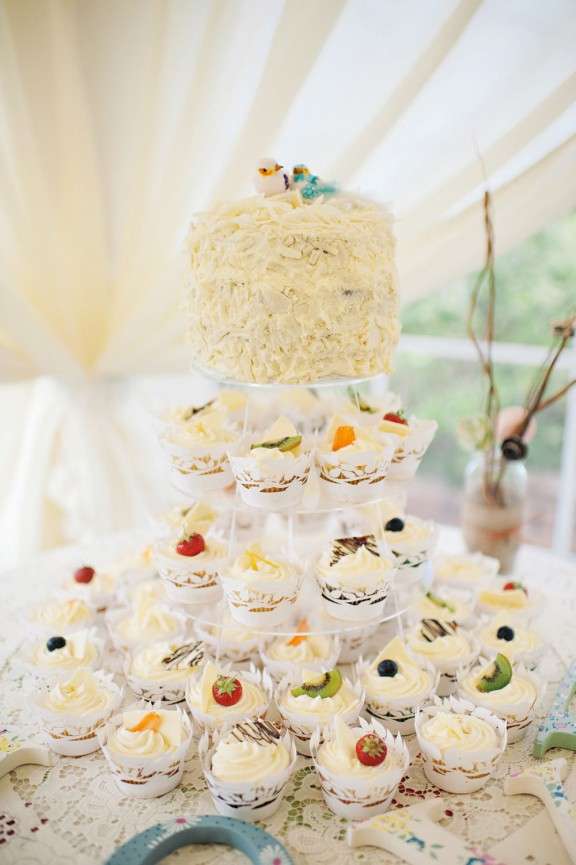 Beth wore a Pronovias dress but she customised it to be more ‘her’. “Having worked in Cambric Gowns, a bridal shop in Mold, for four years it was an obvious choice for me to buy my dress from them. Within 40 minutes I found the ‘one’ however it was too plain so we set about deciding how we customising it. We lowered the back and I made some corsages out of the offcuts and some vintage lace bought of the internet. On the day it was perfect and although I had bought another dress to change into I loved it too much to take off. The dress was also a sample so I got it half price!” 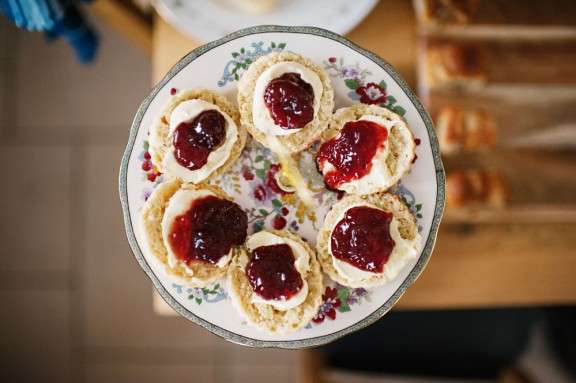 “Steve’s druidic tree is the rowan and mine the hawthorne so we decided to keep the theme going by commissioning some wood inlay rings from Shiruba Tree who we found on an internet search. The rowan came from the the company owners garden of where I worked at the time and my hawthone came from a family friends farm. The rings weren’t something we considered spending a huge amount on so we opted for silver bands. I think these were of ‘the’ finds of the wedding so personal, extremely well crafted and an excellent price. ” 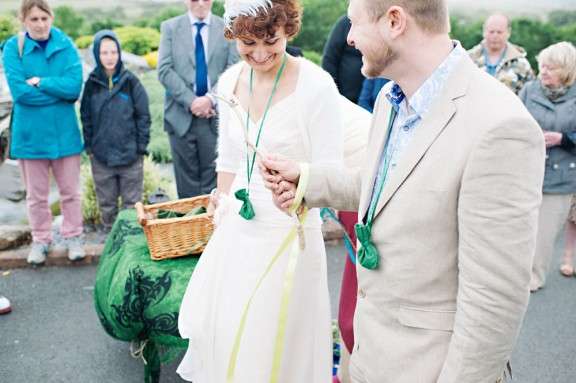 “Our biggest expenses were the marquee and our photographer. We had looked at buying a marquee from eBay and putting it up ourselves but I’m glad we didn’t as the weather was temperamental and the marquee was much sturdier than anything we could do ourselves.
We found Daffodil Waves via Rock and Roll Bride. We had looked at other photographers but they didn’t have the right feel to their images as Nichola. The first time we met was on the wedding day and it was like meeting up with an old friend after a couple of years apart, she just slotted in seamlessly. Everyone loved her!” 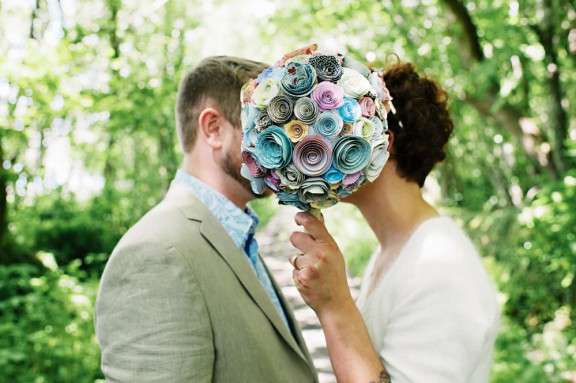 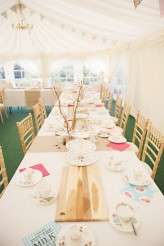 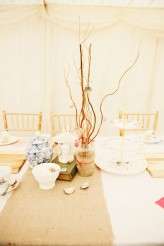 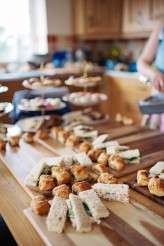 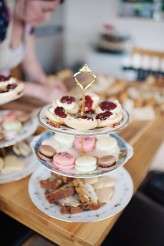 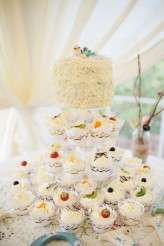