Shimrit and Liron planned their Jewish wedding in Tel Aviv in just a month. Because of the short time frame they ignored a lot of traditions and forgot about having lots of extra details. They kept things simple and affordable.

“The inspiration for the wedding was the good old weddings, before weddings became tacky and cheesy and brides and grooms lost proportions”, wrote the bride. “The guests said that they felt like they were sent back in time. I think we managed to create a good combination between the vintage feeling, oldies songs, light mood, simplicity, Israeli and the respect we gave to the ceremony. It didn’t feel fake, it felt authentic and ours. I think it’s rare to be at a wedding that really reflects the couple’s vibe.” 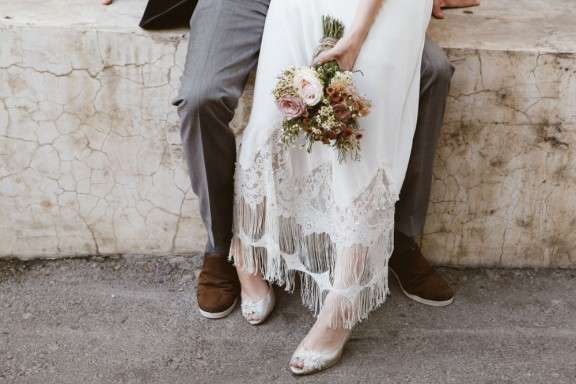 “We did a lot ourselves including the table centrepieces, the table numbers, the flowers and candy arrangements”, she continued. “My wedding dress was inspired by the 1920s and was made from ivory velvet, French silver-cream lace and decorated with lots of pearls and Swarovski stones. I designed  and made it myself as well as all of the bridesmaid’s dresses (six adults and three flower girls!) I also made the bow ties for the boys.” 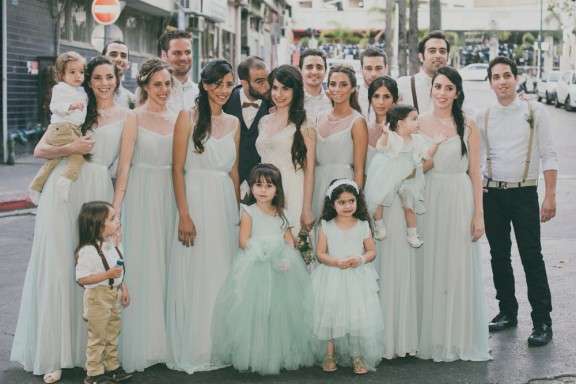 “The thing that I liked the most in our wedding it that it was very us”, she concluded. “We didn’t feel the need to spend lots of money and we managed to maintain our budget without giving up on important stuff. I’m also very proud that arranged everything in just one month!” 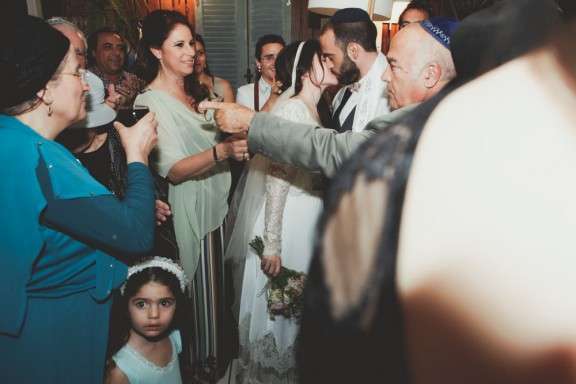 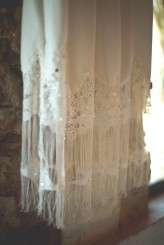 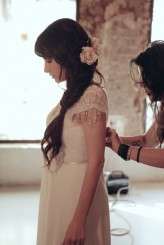 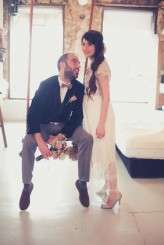 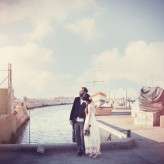 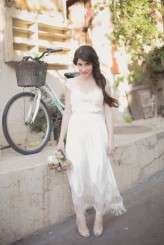 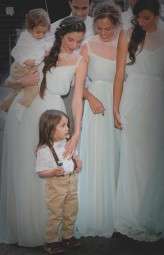