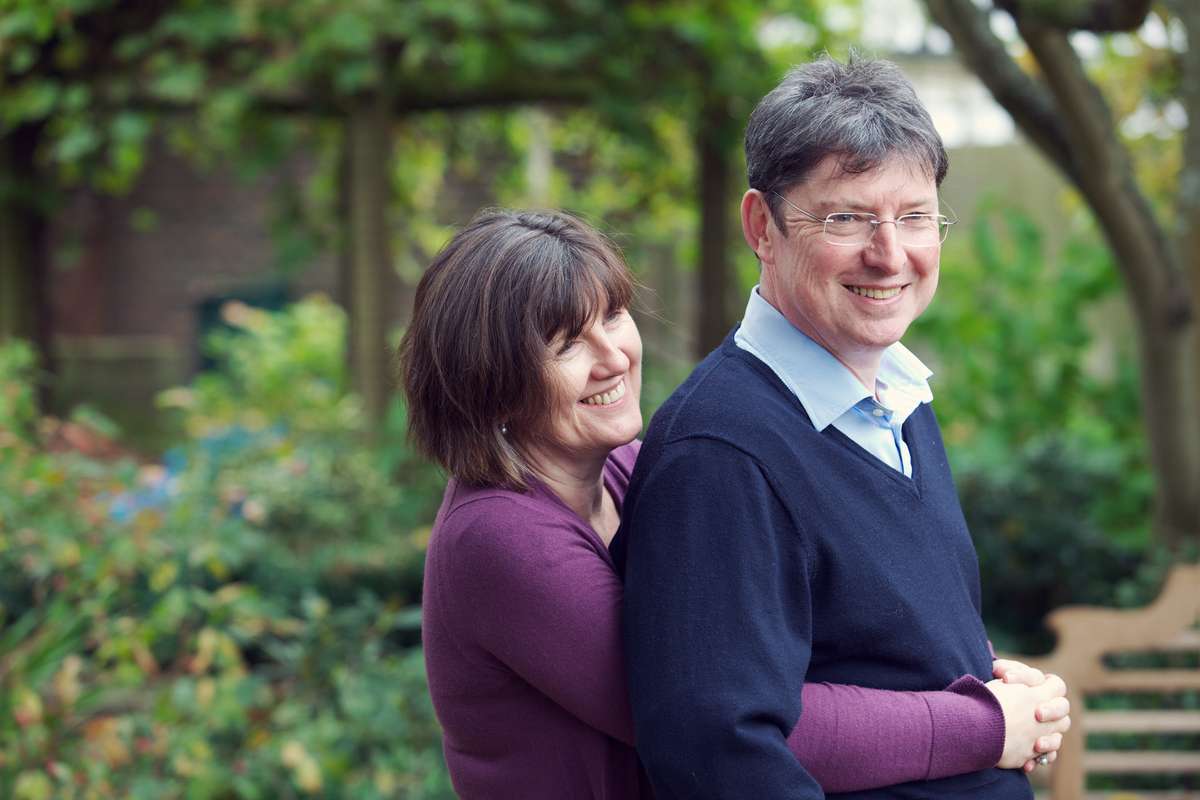 When Gareth and I got married, there was one couple we really looked up to as an amazing example, a benchmark if you will, of a successful marriage – my parents. They not only got married around the same age as I did (at 24) but they have now been married for over 30 years. Although their backgrounds were quite different (my Mum grew up in Dublin and my Dad in the UK) we admire how they always seem so happy and in love, even after all those years.

As a child, I don’t ever remember them fighting. As the oldest of three girls, I got in trouble a lot (especially as a teenager – yes, I was absolutely terrible) but they were always a team. They never allowed themselves to be played off each other. At the time this was incredibly frustrating (I honestly couldn’t get away with anything!) but looking back that’s another thing I deeply respect about them. It’s definitely something Gareth and I have learnt from them too – we are Team Williams all the way!

So as we’re just over the halfway point to this Marriage Mantras series I thought it might be kind of awesome to have a chat with my Mum and see if she had any secrets to spill. She is also a trained marriage counsellor so if anyone knows what makes for a happy and successful long term partnership, its her!

You and Dad have been married for over 30 years! What’s your secret?

We are compatible on many levels and we like and admire each other a lot, as well as loving each other. We love our family and our friends but we also enjoy being on our own. We want the same things out of life too, despite our very different backgrounds.

Yet we are not identical clones! Our gifts compliment each other so that together we are a stronger team.

What’s the most valuable lesson you’ve learnt since being married?

We are both loveable, we both have significance and we can make a difference to others. We are accepted as we are – ‘warts & all’ as Dad says…

Why should people get married at all? What’s the difference from just living together?

Marriage is a public, legal, emotional and spiritual declaration of your love for and commitment to each other. Unlike just being in a long term relationship its not easy to get married – or to walk away from a marriage – so it shows your intention to love each other through thick and thin, for better for worse.

Being in a committed relationship can also make a big difference to our self esteem and our sense of being significant and loveable. 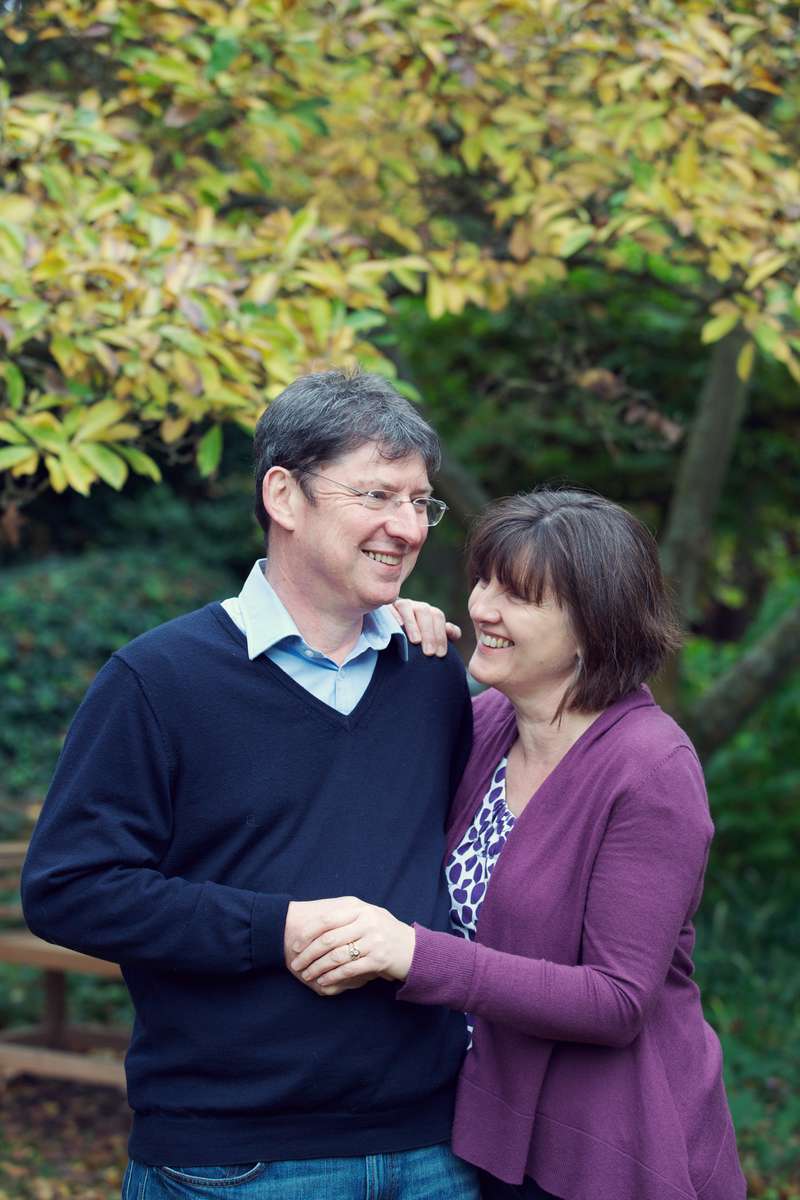 What’s the biggest issue you see facing couples that are having marital problems?

1. Discovering they do not want the same thing after all. That’s why marriage preparation can help. Its better to find this out before you commit.

2. Change, for better or for worse, is a fact of life. If you don’t have the communication skills and the commitment to work things out when things change (they will!) you will find endless opportunities to walk away from the relationship.

3. The marriage has to be a ‘win-win’ situation for each person. If one person always wins arguments and the other always loses, its not a good relationship. So at one level it’s a bit like a business deal, and when things go wrong, its time to renegotiate the terms!

In your eyes, is there such thing as a perfect marriage?

Of course not – what a discouragement that would be for everyone else! No matter how much we love each other, we all get it drastically wrong sometimes.

But I do think that you can ‘become perfect for each other’ over time through being loving, faithful, loyal, respectful, committed and understanding. As you know the honeymoon phase does not last forever so it’s all about learning to love and accept each other as we really are, not based on fantasy.

Our basic need for acceptance and our partner’s commitment to stay with us ’for better for worse, for richer for poorer, in sickness and in health’ is what convinces us that we are loveable and worthy. And we all need to know that. So Dad is perfect for me and I hope I am perfect for him ….but we are still learning all about each other.

It really does require a lifetime commitment to really get to know each other in all circumstances because people do change and so there is always more to learn.

Seeing my parents and friends of ours face the challenge of cancer together speaks of a love that will never die, no matter what. That’s perfection!

Obviously you and Dad must argue. How do you make sure this is done constructively without needlessly hurting each other?

We do hurt each other sometimes. When we are upset Dad goes quiet which frustrates me and I go quiet for a while then I explode, which hurts him! In an argument Dad will detach emotionally and I will engage emotionally – so we are polar opposites and that causes both of us to become even more annoyed!

Ideally we would follow the ‘rules’ and take turns to listen to each other and ‘never let the sun go down on our anger’– we do that eventually but initially there can be just too much emotion in the mix.

We are not robots but unique individuals so, like every other aspect of our relationship, each couple argues differently too. But the important thing is that we do forgive each other and ourselves, and that makes the difference at the end of the day. Our underlying commitment to each other is what drives us back to each other and towards reconciliation. I am thankful that we never had to face any major ‘deal breakers’ in arguments because I guess that would add a whole new dimension to the situation.

I don’t advocate an ‘anything goes’ approach though – we need to understand the temptations we face when angry – (violence – “you always do/say that!” – “You never really loved me!” etc). We are adults and not toddlers or teenagers. If you respect and cherish each other deep down, then that will help you to keep control of the emotions and get to a place where you can discuss your differences and work out a ‘win/win’ solution, which is always the best outcome!

It would appear we’re very similar then Mum, I’m an exploder too! If you could offer a couple about to get married three pieces of advice, what would they be?

1. Do some marriage preparation first! Its could be very easy to get swept along towards a fairytale wedding without really thinking it all through. Even if you are someone ‘who has always wanted to get married’, at the end of the day its all about the two of you working things out together long term.

2. Go into marriage intending to stick with it for the long haul.

3. There is a big difference between being in love and deciding to love someone for life.

This is part six of my ten part Marriage Mantras series. If you’ve missed any past episodes, why not have a catch up now?