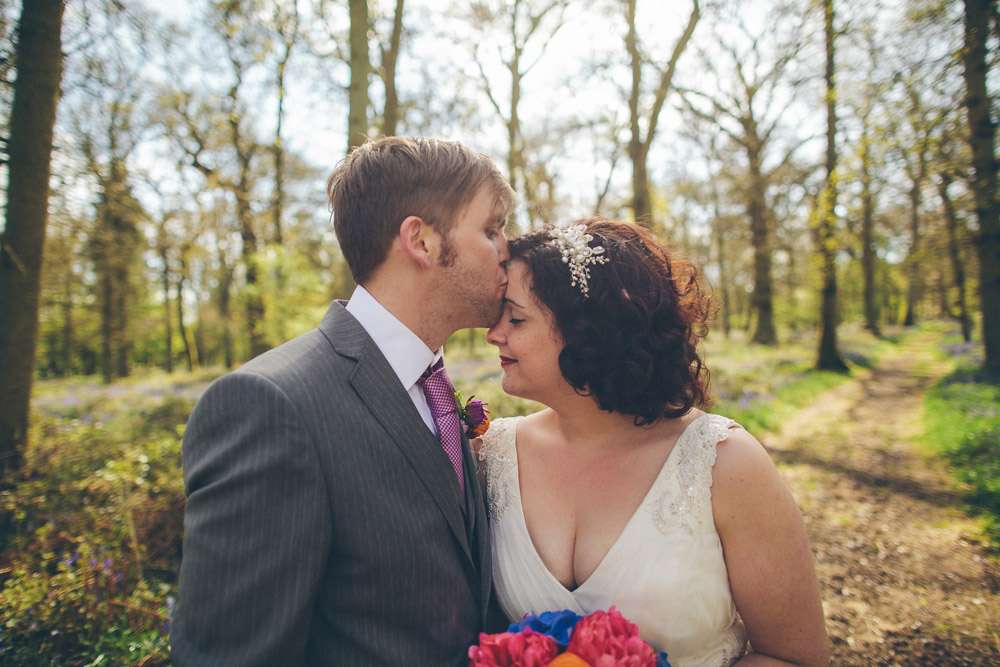 Neil and Joanne were married in the picturesque Henley-on-Thames in May. They spent just £7,500 on the wedding, managing to keep costs low by avoiding traditional wedding ‘stuff’ as much as possible! The bride bought her Monsoon Bridal dress for £45 from eBay and did her own hair and make up. The venues were also pretty affordable. The ceremony took place at Henley town hall and the reception at Hambleden Village Hall. The groom’s mother made the cake, they designed and printed their own stationery and they drove their own car. 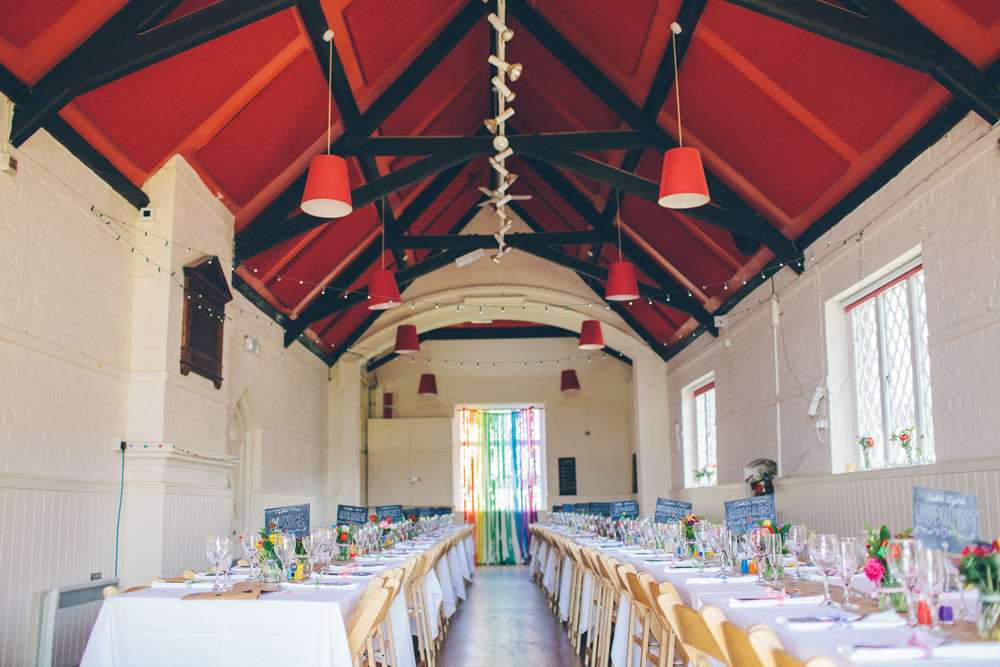 “Our wedding was colourful and handmade”, explained Joanne. “I run an etsy shop myself so I love doing DIY projects. We didn’t want to tie ourselves to a small palette of colours and wanted it to feel like a riot of colour – hopefully we achieved that! We wanted to make the day fun, to have a relaxed atmosphere with good food, good drink and lots of dancing. For us it wasn’t about the ‘wedding stuff’ (let’s face it, wedding’s aren’t really that romantic), it was about celebrating our marriage with our fantastic friends and family and everyone having a great time.” 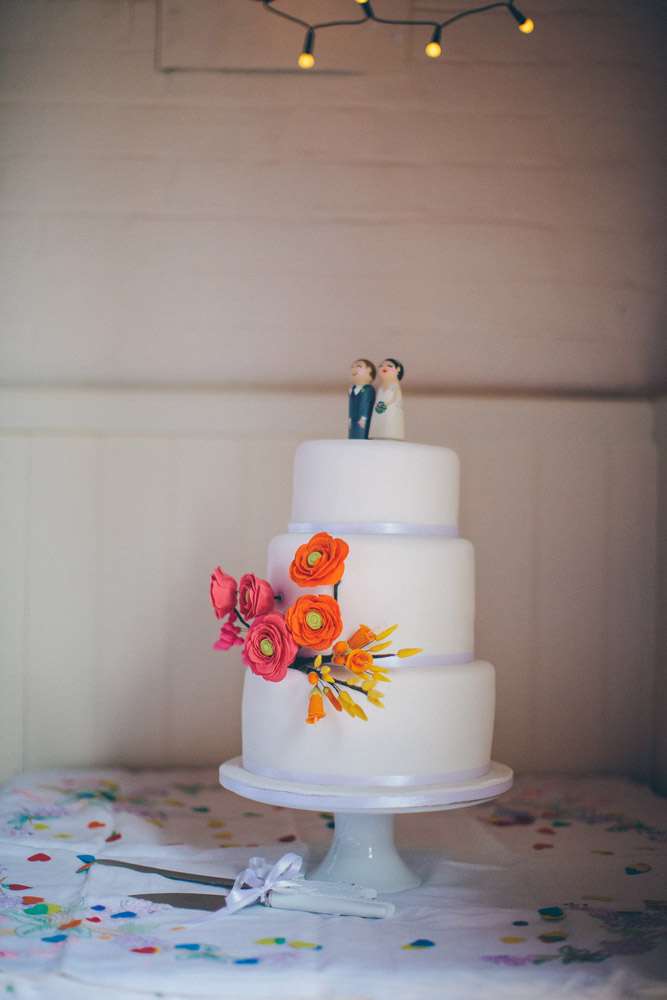 “One of my favourite moments was when everyone threw confetti outside the town hall and it was whisked up by the wind and swirled around in the air. It looked absolutely magical and made hand cutting all the confetti utterly worth it. I’ve got this crazy grin on my face in all the pictures so I’ll never forget the feeling of that moment!” 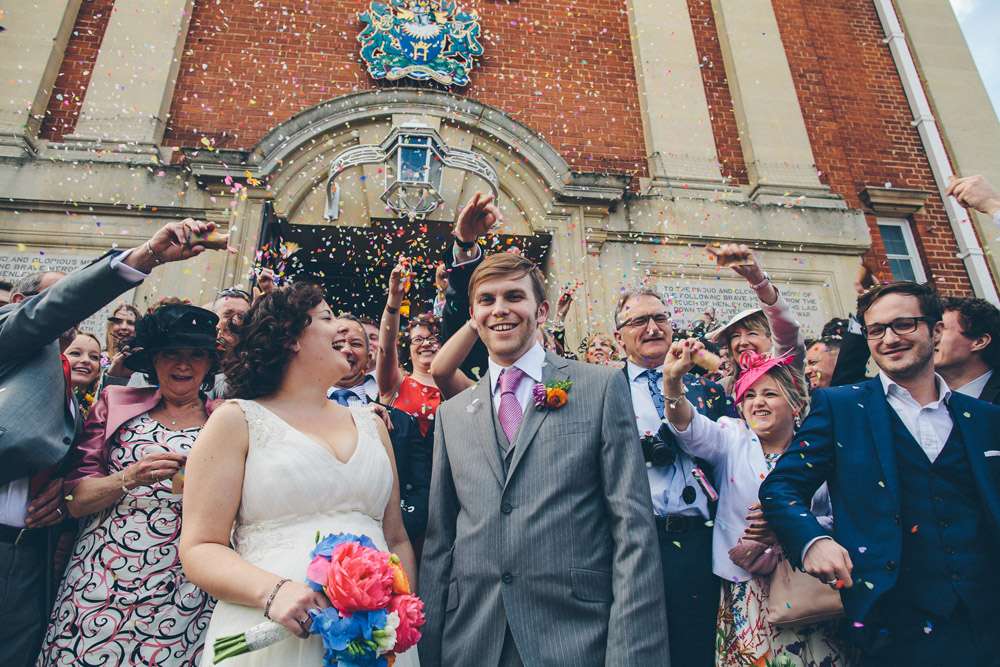 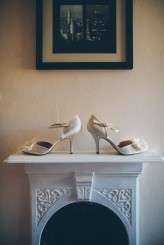 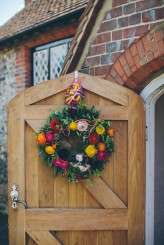 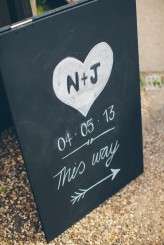 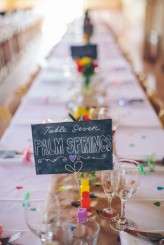 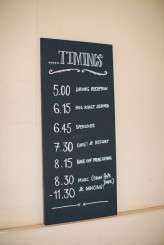 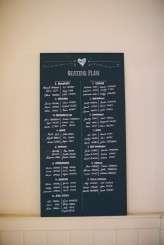 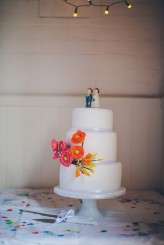 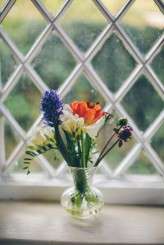 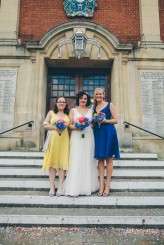 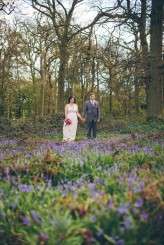 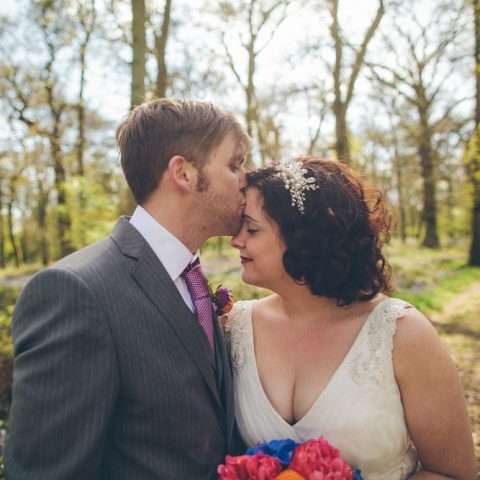 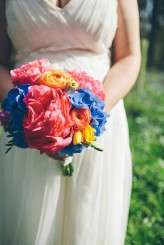 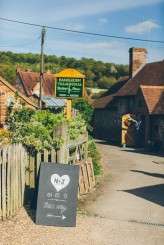 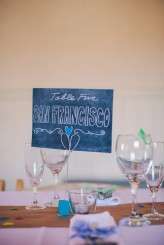 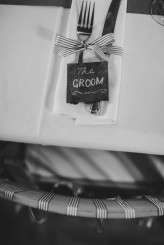 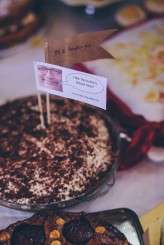