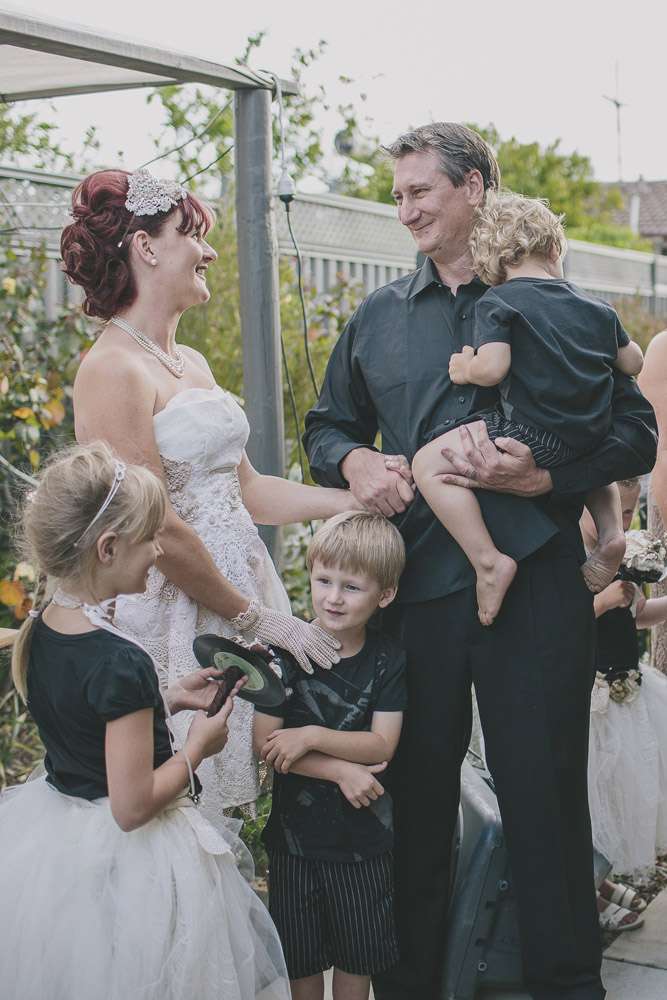 Bernadette & Peter decided they wanted to host their wedding in their own back garden. Having built their own home from the ground up, having the celebration there was really important to them both. “We’re no spring chickens!” the bride laughed. “We had a slightly unusual wedding because we first built our home, then had three children and only then got married. Given this we did a few things different. We wanted a very relaxed and fun wedding and we had a music theme – everyone loves music!” 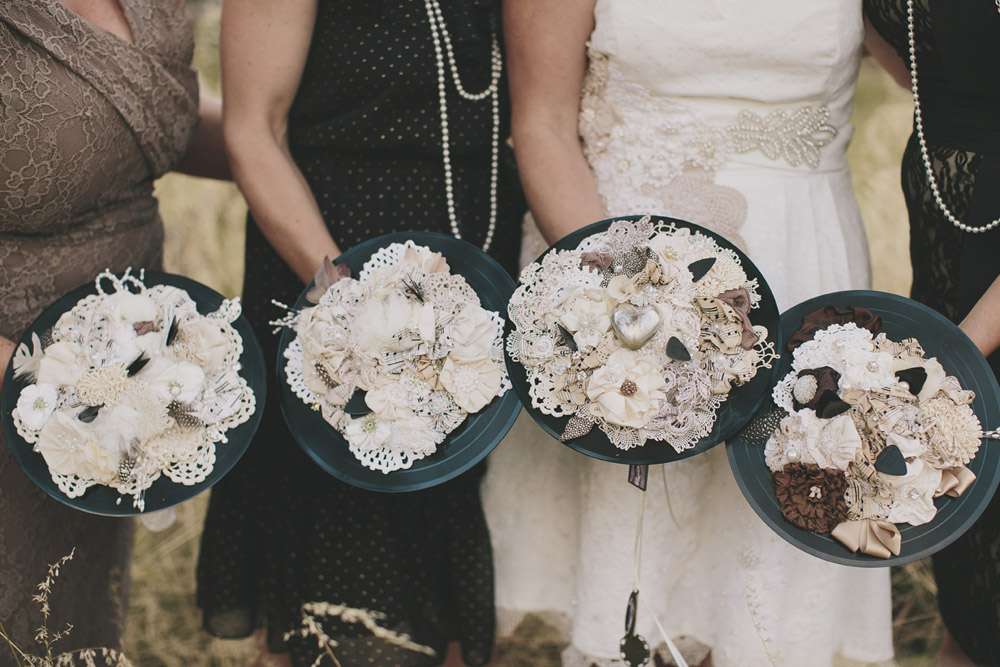 “We invited guests to wear fancy dress costumes for the party and we we had Lady Gaga, Madonna, the Blues Brothers, Scary Spice, Dolly Parton, Tina Turner and more than a few Amy Winehouse’s! This was so much fun. We had a photo booth which was an old cinema prop and we left out a Polaroid camera so guests could photograph themselves in various rock star poses.”

“After our portraits with our amazing photographers, Shutter + Lace, we came back and changed into our fancy dress costumes so we could join in on the fun. We had a music quiz, a best dressed award and a music themed pass the parcel… the night went by so fast!” 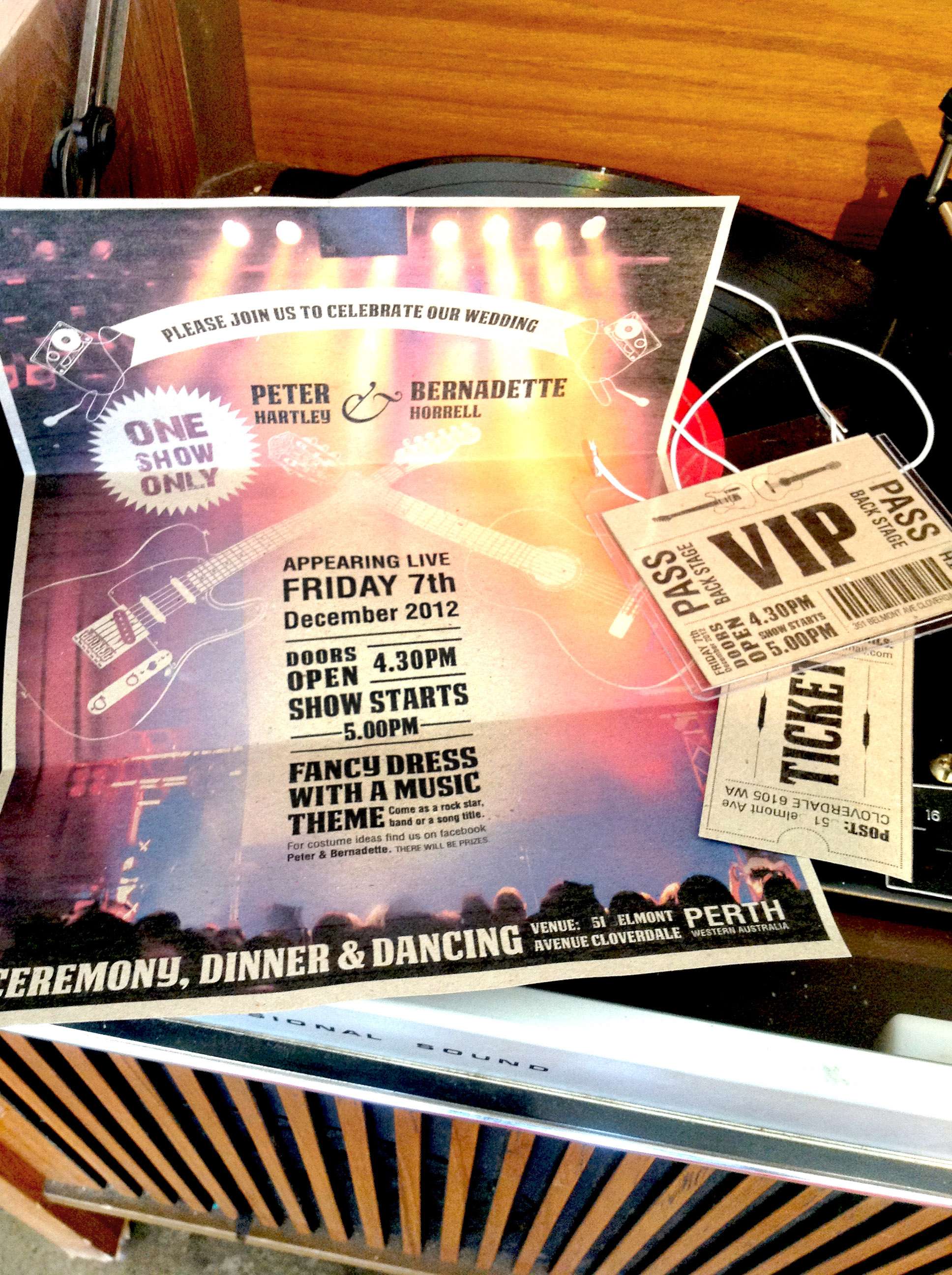 The table names were records with various band names and logos on, they served platters of assorted cheese & dips on vinyl records and the invitations were designed to look like a music poster complete with a VIP backstage pass and an RSVP which was designed as a ticket. Even the bouquets were created using a vinyl record as the base! 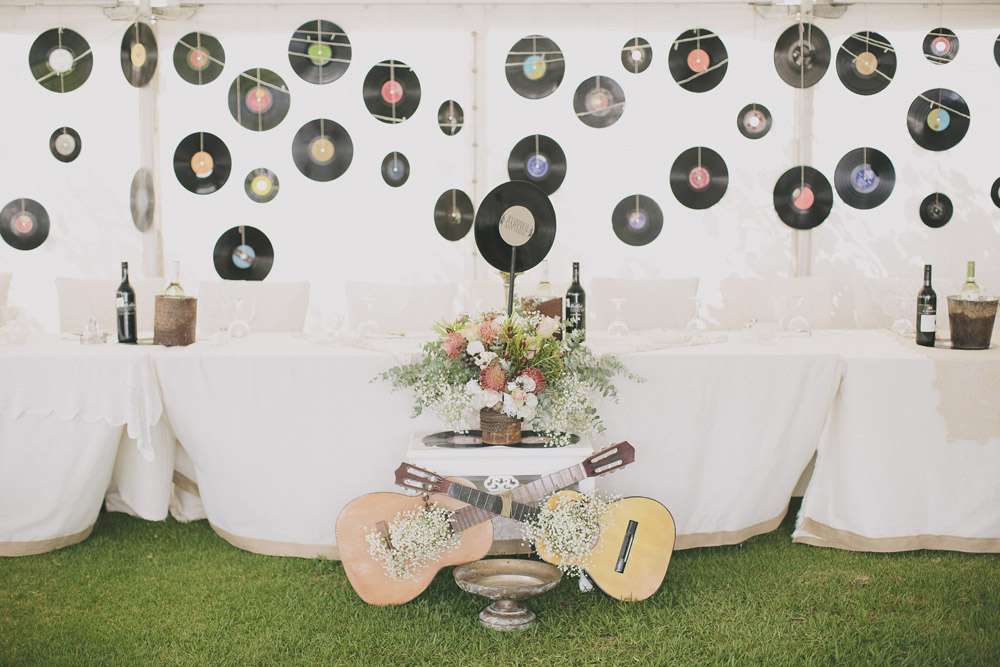 “I scoured op shops and eBay for months collecting records, cassettes, guitars, vintage china and crystal”, Bernadette continued  “I collected a few kids guitars and painted them with rust paint and put them throughout the garden with strings of lights. I DIYed almost everything including the vinyl record chandeliers, 30 meters of bunting (crazy) and the record cake platters. I even sanded and painted about 30 vintage chairs! I now have a vintage chair addiction!” 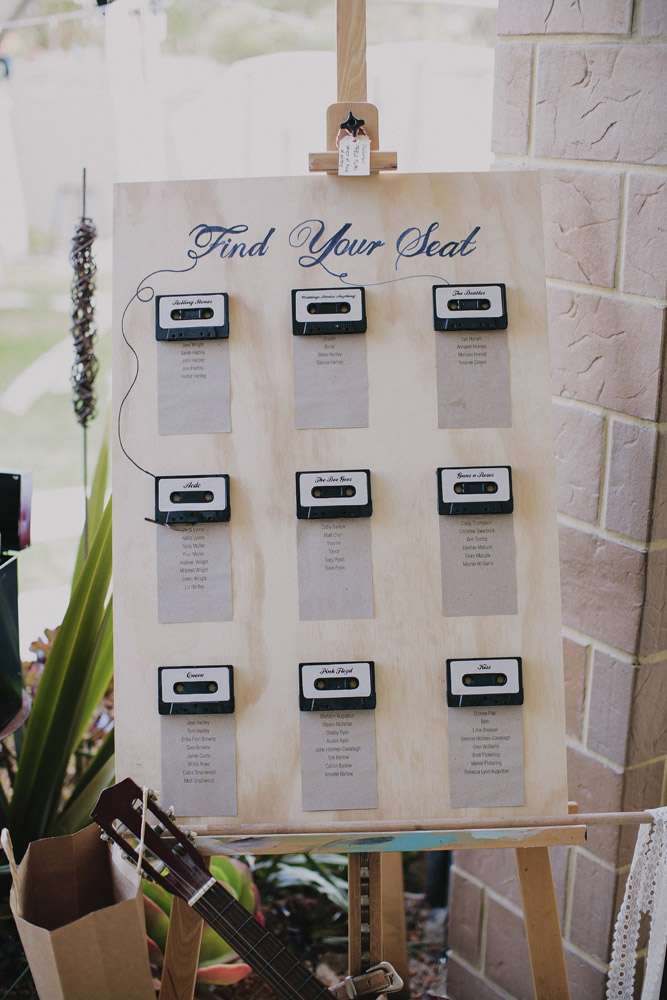 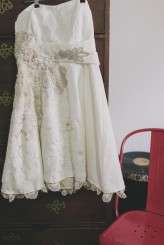 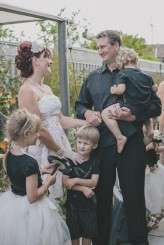 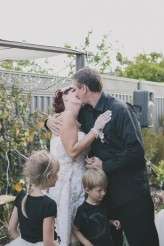 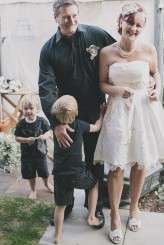 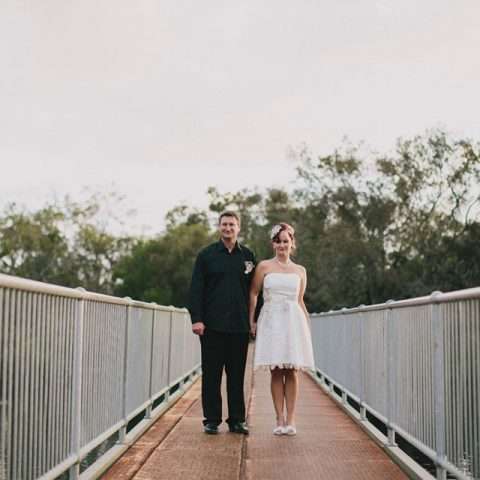 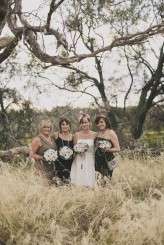 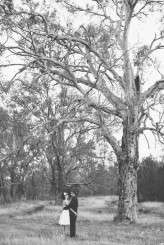 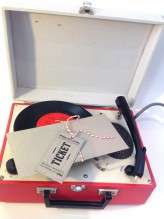 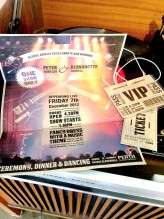 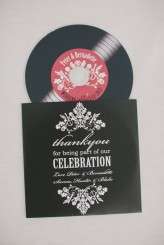 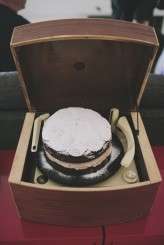 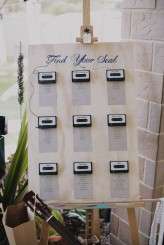 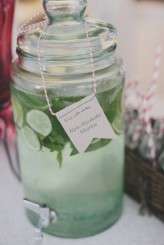 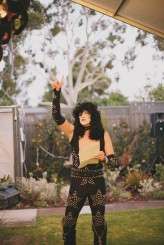 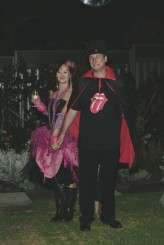 Oh Jeremy & Laura how the hell did you get so awesome? I'd like to bottle some of it up and sell it... Backyard weddings always get me excited. Not only is having a wedding at home a lovely symbol of starting your married life at a place that really means something to you, but it also means you don't have to drop £10,000 to hire an empty space.

Jo and Tristen met through their love of music and so it was only right that their wedding reflected this. "We are both DJs and I run a small festival annually in an inner suburban Melbourne backyard", began the bride. "We met through our love of music and after six years together Tristen proposed to me during one of these festivals just as one of my all time favourite bands finished playing one of my favourite songs. It was fairly loud so although he says he whispered "marry me?" gently into my ear, it was more like he shouted it. Needless to say, I said yes and the planning began."

Did you ever see a wedding as pretty as this one?! From the paper poms, the delicate blooms, the pastel crockery and the flamingos, prepare to lose your shit just a little bit... Monika and Mike were married in the Hazelbrook Gardens in the Blue Mountains, Australia. The bride wore a vintage dress, which she found in her friend's attic!