Being unapologetically punk rock in their everyday lives, having a punk themed wedding was really the only option for Lauren & Con, who tied the knot at Pavilion Gardens, Mt Tamborine, Australia. “We’re punks so we wanted to have a wedding we’d enjoy but still wanted it to be nice and have most of the usual wedding trimmings for both us and the family”, Lauren wrote. “We weren’t trying to do things differently on purpose, we just did things the way we wanted and it all turned out awesome.” 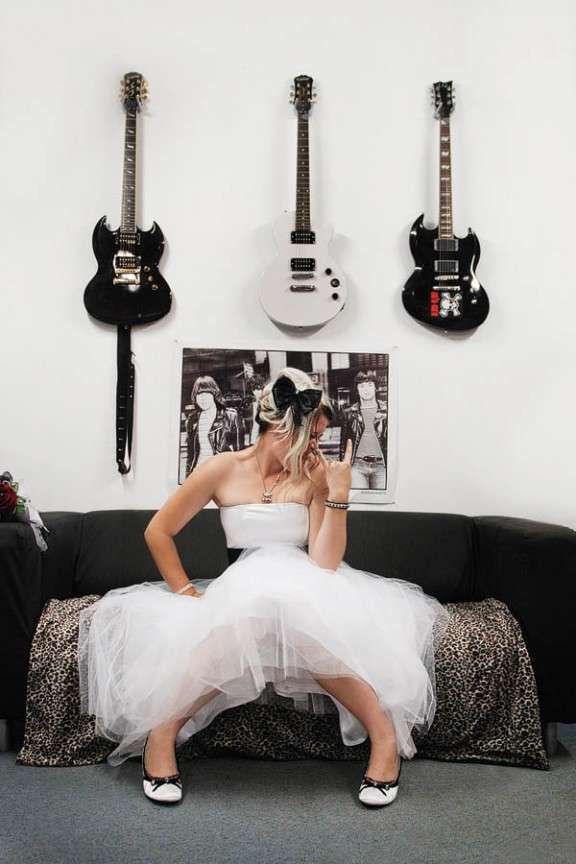 “We met at a gig and going to gigs is one of our favourite things to do together so we had to have our own after the wedding. We had concert tickets instead of normal invitations, we had skulls on pretty much everything and Con rocked a bright red mohawk! He plays guitar so we had custom guitar picks made by Grover Allman that had our names, wedding date and a skull and cross-bone printed on it. We put them on our favour boxes which had red chocolate hearts inside. The colour theme was red, black and white which turned out wicked.” 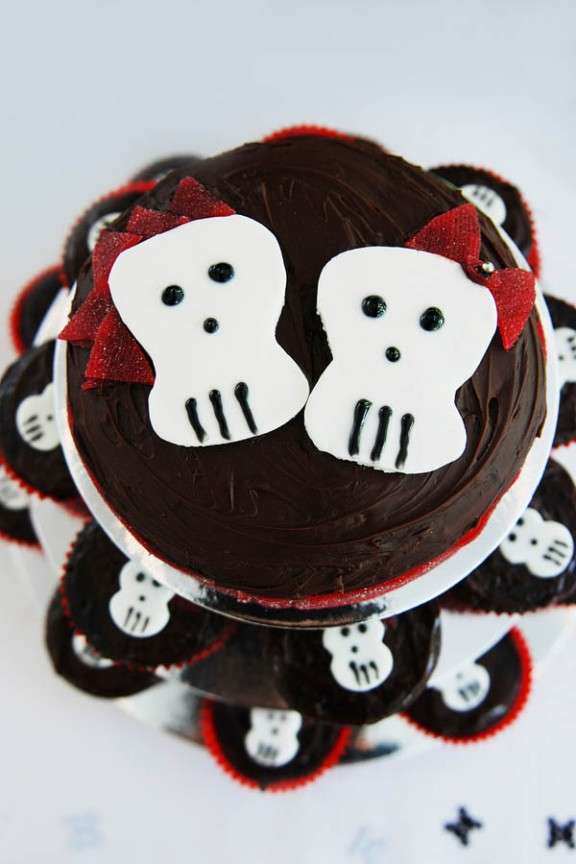 (Punk!) Rock n Roll indeed! Thank you to Lauren & Con and their wedding photographer Millyjane Photography for sharing with us today.

I’d love to know if any other grooms-to-be out there planning to rock a mohawk on their wedding day? 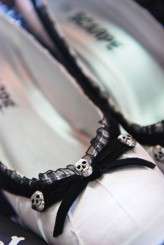 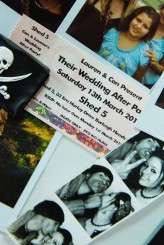 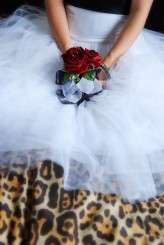 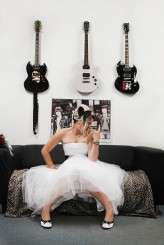 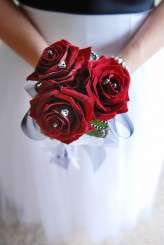 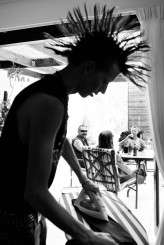 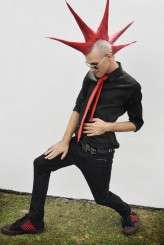 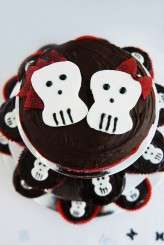 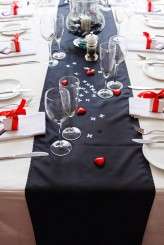 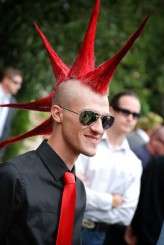 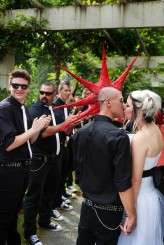 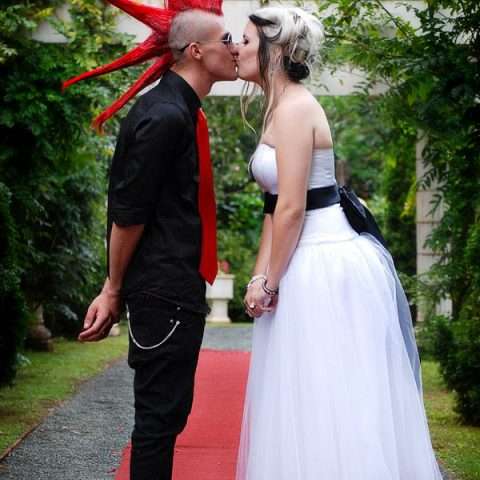 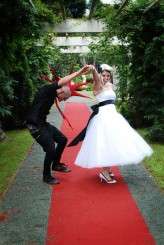 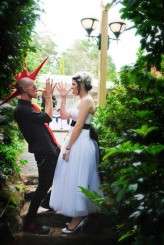 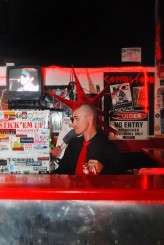 Jo and Tristen met through their love of music and so it was only right that their wedding reflected this. "We are both DJs and I run a small festival annually in an inner suburban Melbourne backyard", began the bride. "We met through our love of music and after six years together Tristen proposed to me during one of these festivals just as one of my all time favourite bands finished playing one of my favourite songs. It was fairly loud so although he says he whispered "marry me?" gently into my ear, it was more like he shouted it. Needless to say, I said yes and the planning began."

Elegant Dive Bar Wedding Down Under

Both big music fans, Broden and Marnie met at a Jezabels gig in Brisbane. They bonded quickly, geeking out over their mutual music taste, and after exchanging thousands of messaged post-gig, they became a couple. They didn't officially get engaged in the traditional sense. They were apart for a few months (Marnie in London and Broden in Australia) and one night during a marathon five-hour Skype call they just kind of mutually decided that they should get married. Instead of an engagement ring for either of them, they got matching mallard duck tattoos on their chests.