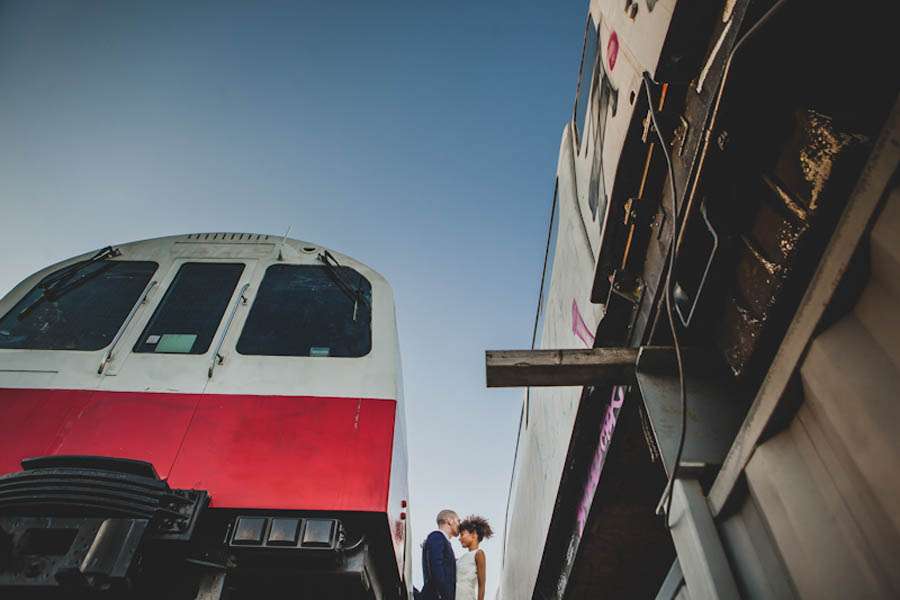 I often daydream about what our wedding would be like if we were to do it now (embarrassing admission alert!) and I think I’ve hit the daydream wedding jackpot with Bianca & Paul. The industrial vibe of their Shoreditch venue is just perfect perfect perrrfect. The space in question is Village Underground, an “evolving project building an international platform for creativity and culture” as the website describes it. SWOON. 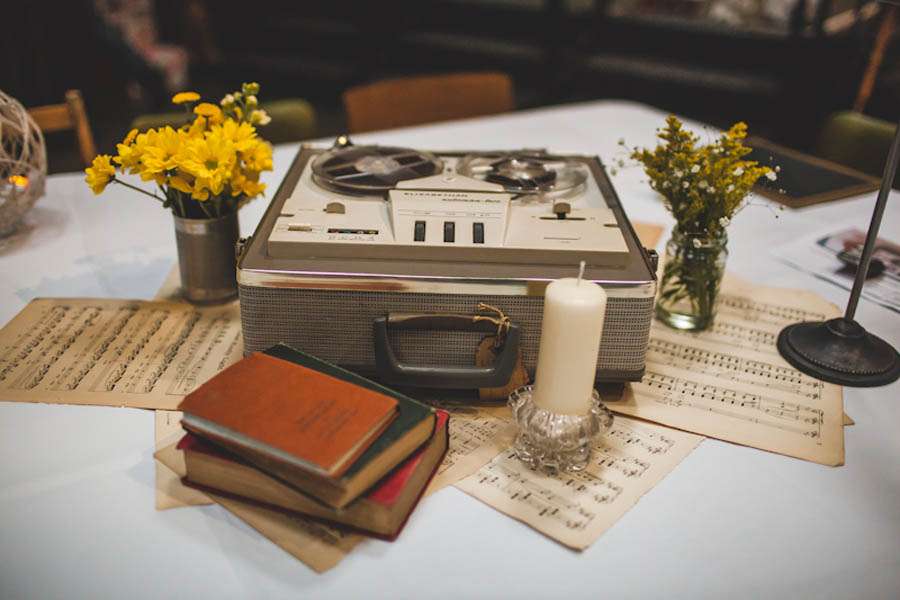 “The venue puts on all sorts of events at night so we couldn’t actually get in until 7am on the morning of the wedding”, began Bianca. “So Paul, all the ushers, some additional friends and both dads were there unpacking the van full of all our props and chairs, decorating the venue, setting up the table decorations while I sat at home sipping bubbly!” 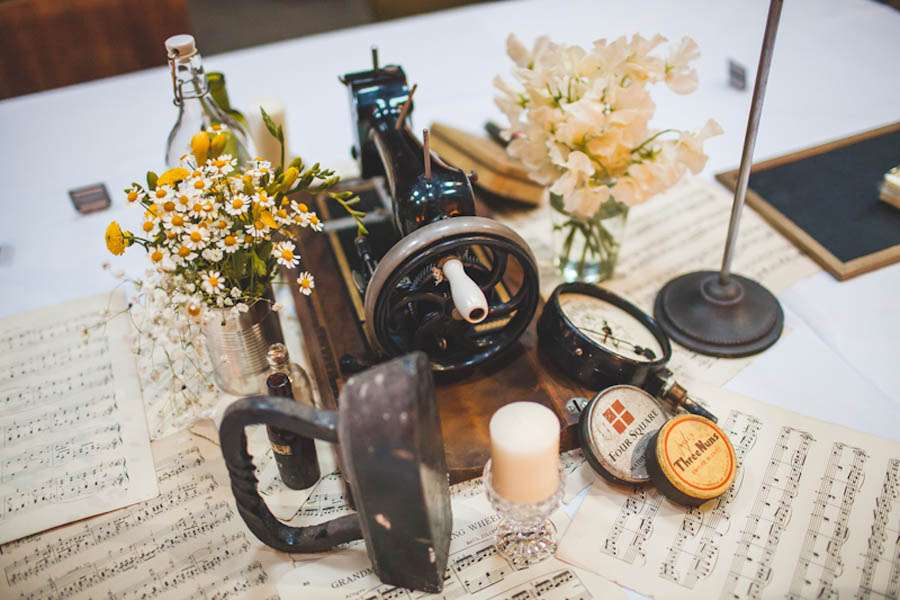 “The space was decorated with 18 months worth of car boot sales and scouring eBay! Fairly early on we decided that we couldn’t find any chairs that 1) we liked and 2) were in a price range that we could afford and thought was reasonable. So… our solution was to buy them! We were quite lucky and the first purchase we made was for 53 chairs from an old social club in Leatherhead. Paul made the journey in a hired van to collect them but they also threw in a (large) number of tables. Paul made 4 trips between the social club and his parents where we stored them all. We actually almost made all of our money back on them by selling off a portion of the tables. They weren’t all in good condition so we had to spend a weekend reupholstering most of them (a new skill we had to learn pretty quickly) and a rainy June weekend cleaning them with the help of Paul’s dad and brother. The other 40 odd chairs were made up on 2’s or 4’s bought from car boot sales! We still have a little twitch every time we walk past a set of second hand chairs! The rest of the props were also gathered from car boot sales, eBay and random objects found in friend and family’s houses!” 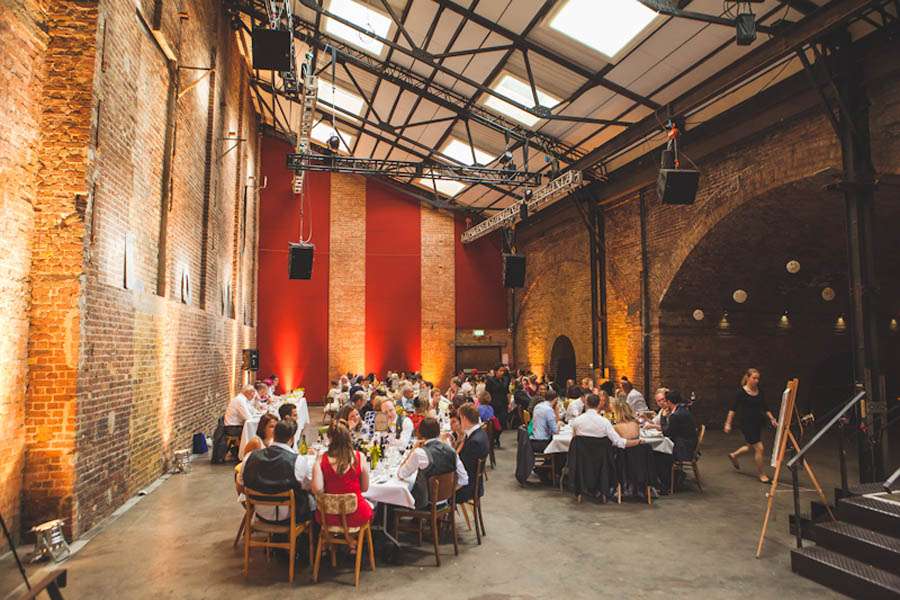 The couple always knew that they didn’t ever want a traditional wedding. Paul is in a band, Mowgli, and has played at many weddings so they had a pretty firm idea from the start what they wanted. and more importantly, did not want! “There’s nothing wrong with traditional weddings but that’s just not us”, Bianca continued. “Because of the amazing space we hired we had the most extravagant dreams in the beginning of huge light installations and sofas and whilst we were disappointed at the time that we couldn’t afford it or plan it in time, in the end we didn’t need any of that and it still turned out perfect. We just wanted to be in a room with lots of things that we liked so there really wasn’t a theme. As time went and we were picking things up from car boot sales it seemed like all the old things we liked were brown! I was a bit worried that you would walk into a sea of brown but that’s really where the flowers and strangely the table cloths really lifted it all.” 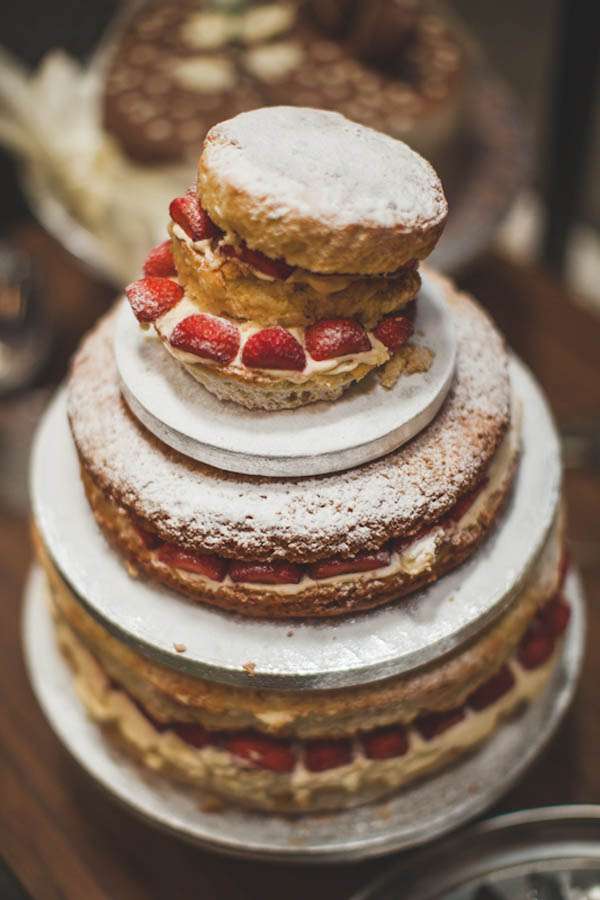 “We also used DIY tutorials from Rock n Roll Bride! In particular to make the string lanterns. I’d advise other couples to do things that will make you laugh and give you memories to dine out on forever! All the hard work is worth it when you walk into that room as a married couple and it’s really true what they say… just because a guest doesn’t turn up or the top layer of your cake falls over (like ours did – although I love the way our cake table looked because it looked so thrown together!) it will always be the best day of your life!” 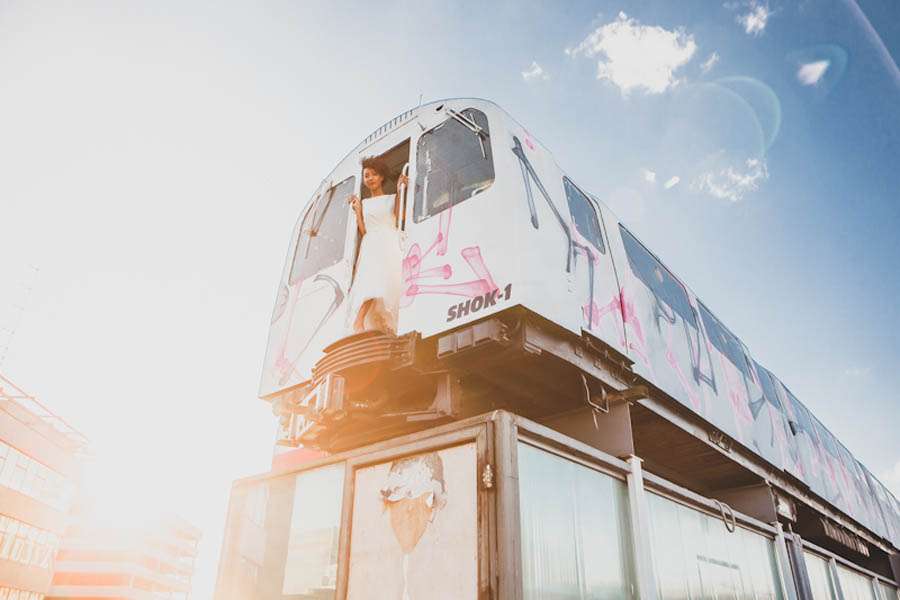 Utterly LOVE this wedding. Thank you to Bianca & Paul and their fabulous wedding photographer Chris Barber (that shot of Bianca hanging out of the train – insane! – how did she get up there?!) for sharing today. 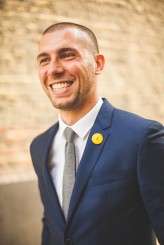 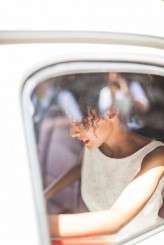 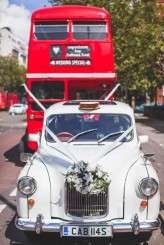 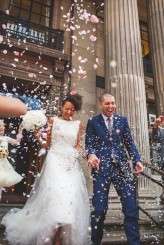 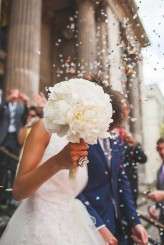 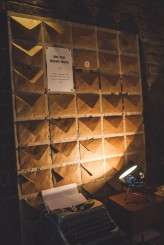 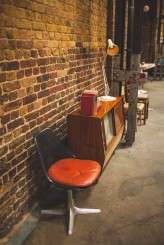 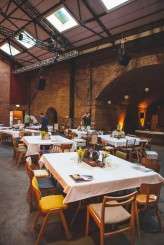 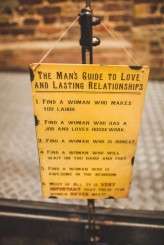 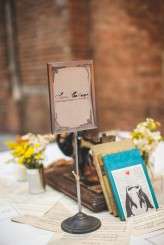 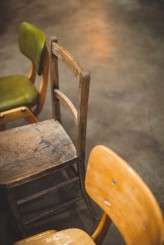 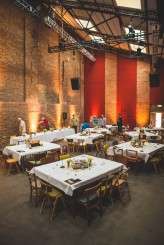 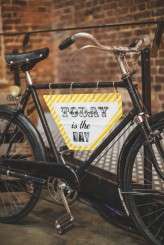 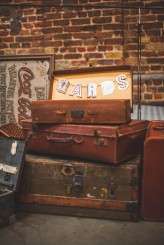 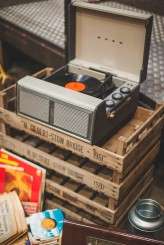 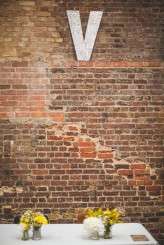 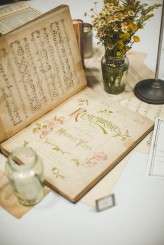 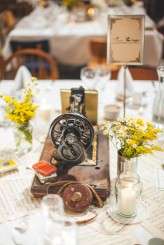 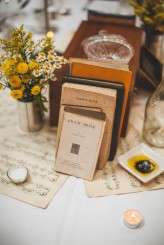