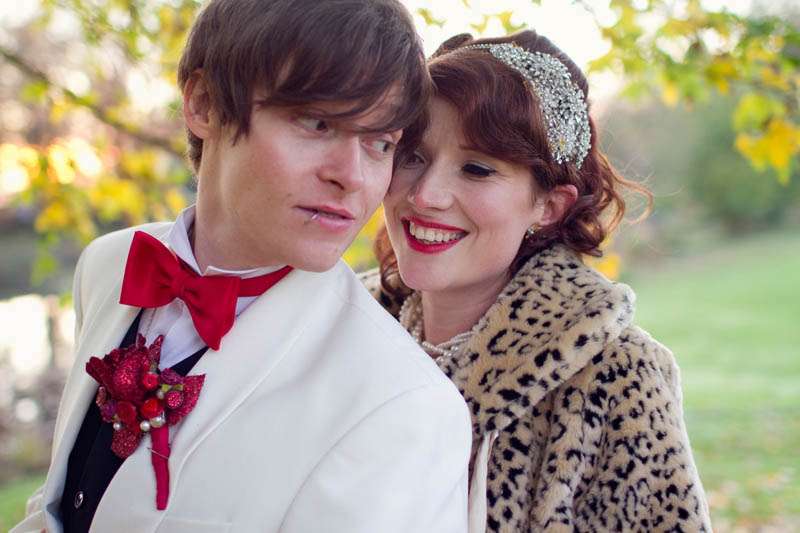 Holly & Gareth were married in late November and so had a kind of Christmas meets Halloween themed wedding. “Originally I quite liked the idea of a festival-y vibe wedding but Gareth’s not very outdoorsy and I’m not keen on hot weather so a winter wedding it was!” Holly explained. “We were also on a budget so an out of season wedding also worked in our favour! My sister described our theme as, ‘What do you get if you cross Christmas and Halloween?!'” 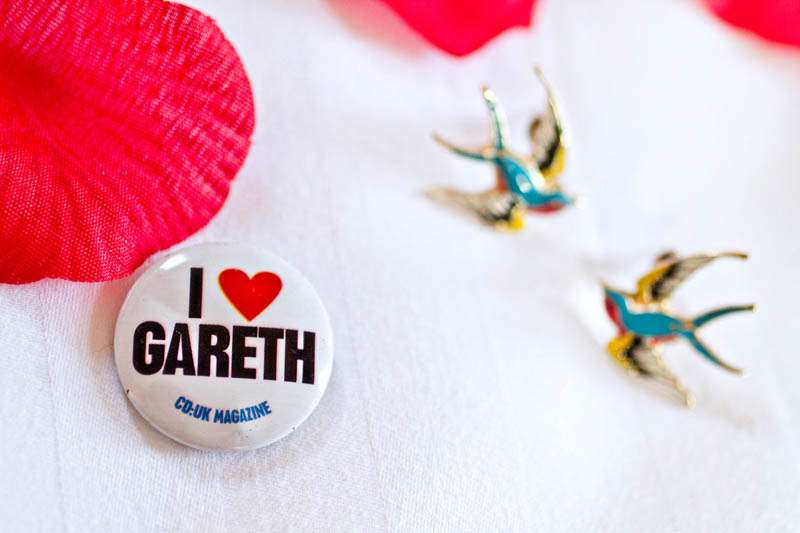 “Mainly though we wanted things to be very personal, the tables were named after couples from our families and we used their wedding photos as table settings. We collected lots of vintage glases for the tealights from family members as well as car boot sales. My brooch bouqet included all 4 of ‘something old, something new…’ with brooches donated by family and friends, who were all really pleased to be included in something so integral to the wedding.” 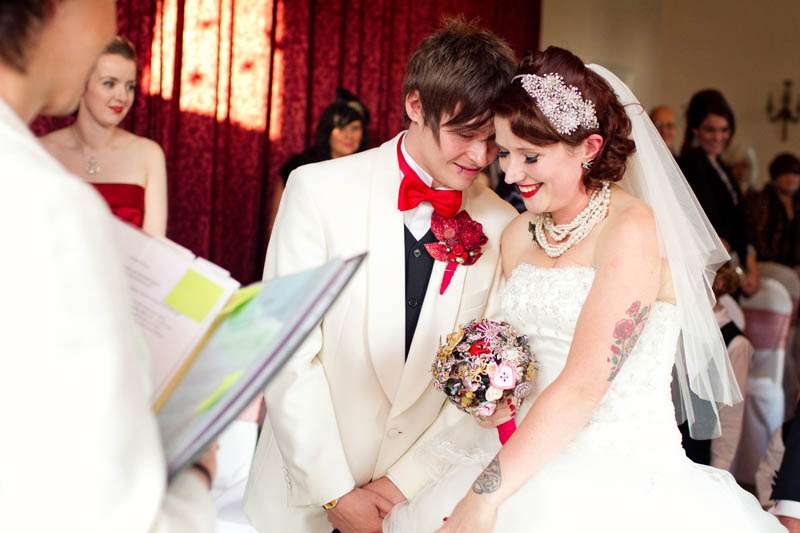 The couple were married at Cave Castle Hotel. “I knew absolutely nothing about weddings and when Gareth proposed to me (in the kitchen, me with a plastic buzz lightyear plate in my hand!) so I imediately started to google venues in the area,” Holly continued. “I found Cave Castle and just thought it would be a no go, and way out of our league. However my sister worked near it and one day when we were randomly visiting her we decided to just pop in. We then didn’t look anywhere else! I’d always had my heart set on the Givenchy dress that Audrey Hepburn wore in Funny Face, and I nearly had a copy drawn up to be made. However in the end I didn’t want to risk ending up with a dress that I’d not tried on. I found dress shopping probably the hardest part of organising the wedding, finding one with sleeves was impossible, but again after months of searching I found it – it was actually then first one I tried on and I went back to it” 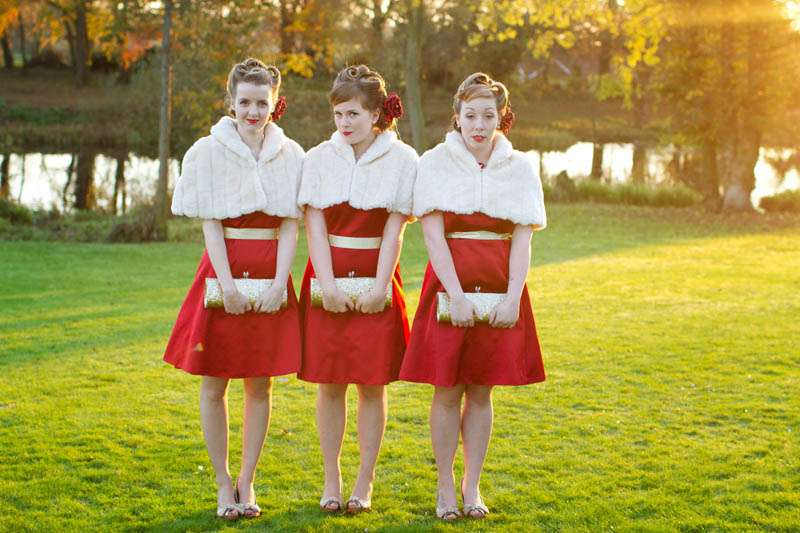 “Both of us were very set on what and how we wanted things to be for our wedding. Unfortunately we came across many ‘local’ wedding suppliers who verged on downright rude about some of our choices. However we stuck to our guns and ended up with a day we were extremely happy with.” 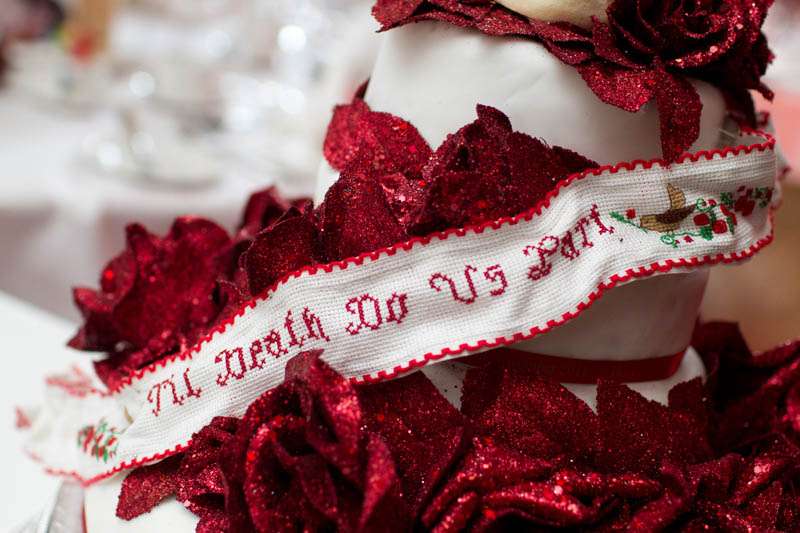 Thank you to Holly & Gareth and their photographer Hannah Millard for sharing their gorgeous wedding with us today. 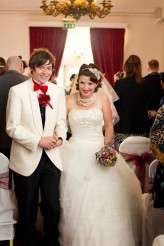 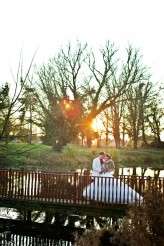 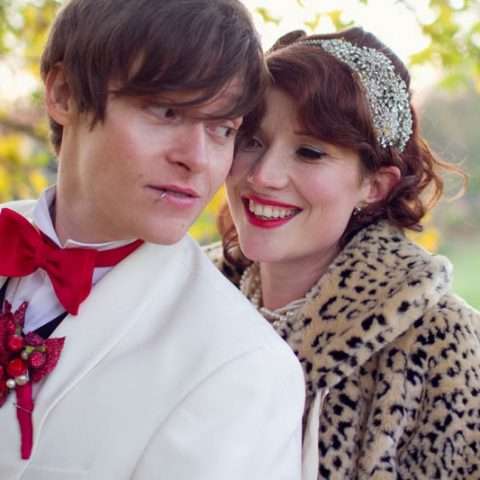 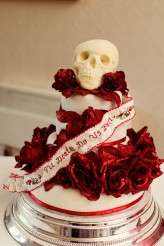 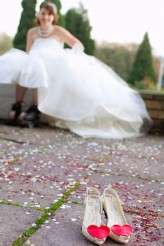 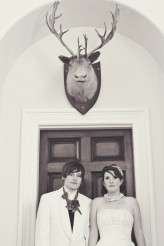 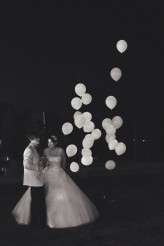