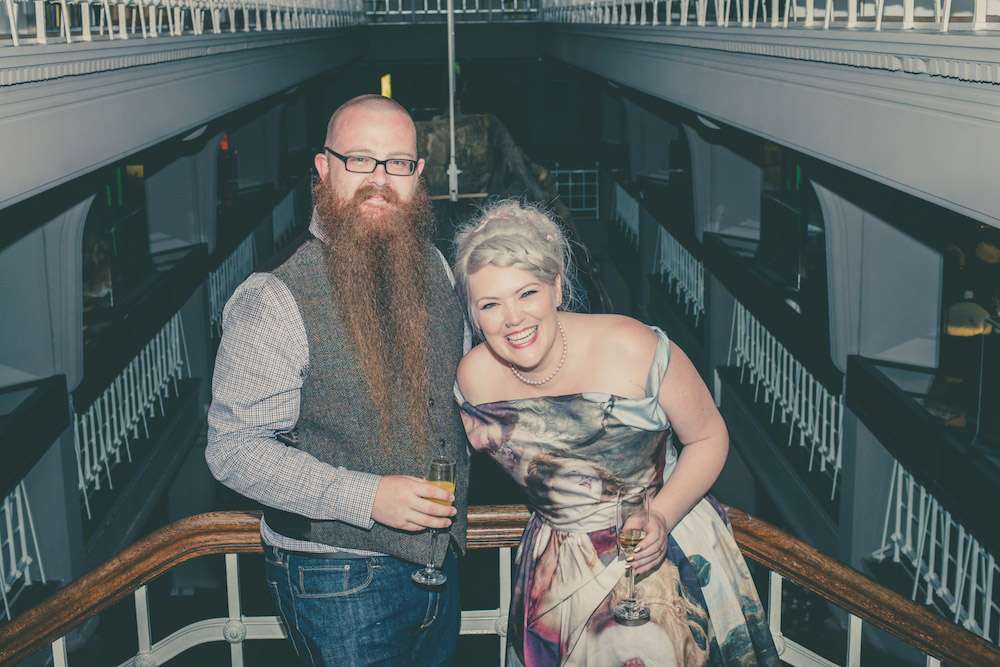 Laura and Matt’s wedding was simple, personal and perfect for them. When they started planning they were encouraged by their parents to do whatever made them happy – so that’s exactly what they did! 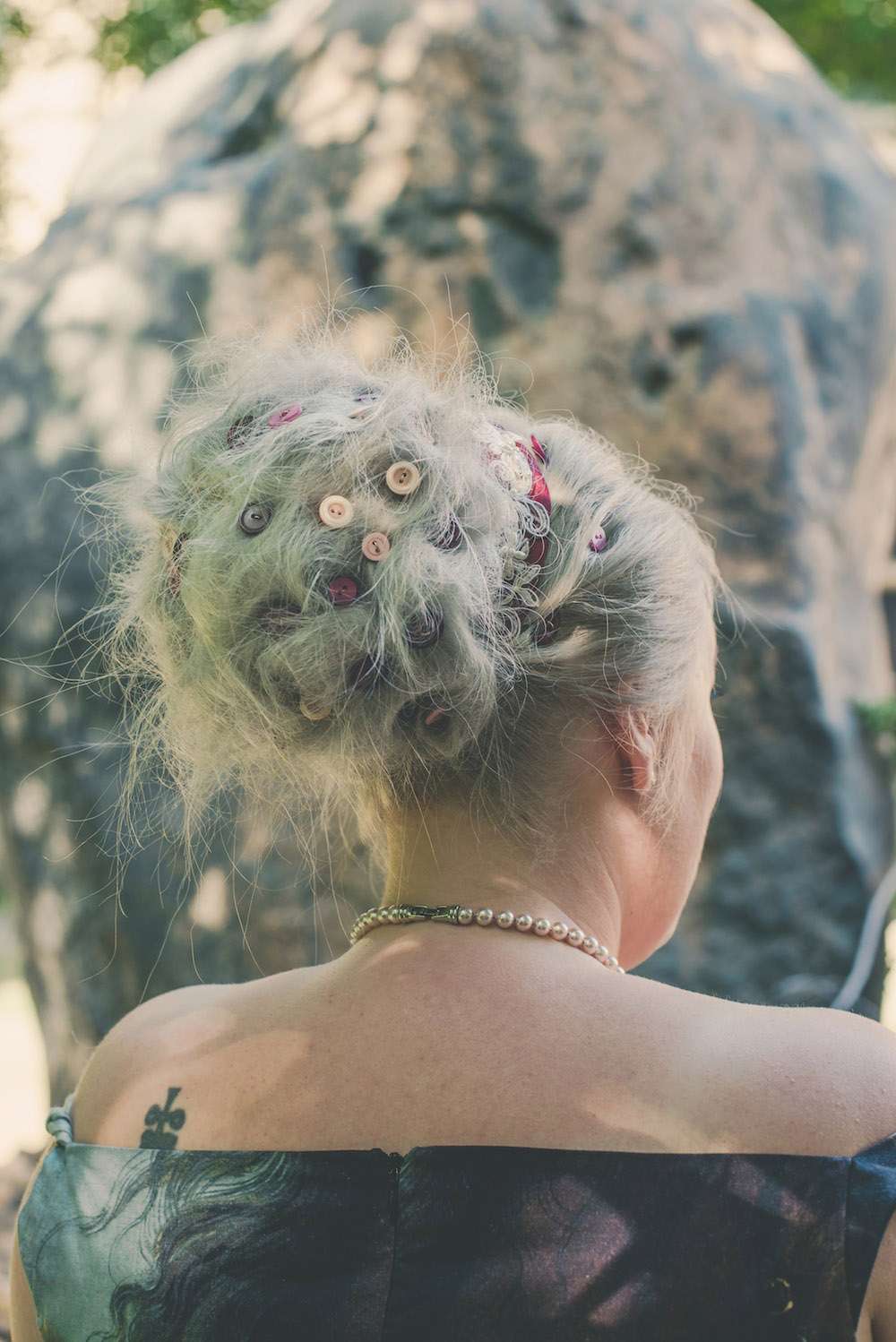 “We just wanted a very relaxed ceremony with our immediate family, and then a great party for our friends and family”, explained the bride. “We had 15 guests at Manchester Museum where we had out ceremony. It took place under their T-Rex and then we had our drinks reception in the fossil room! The staff were great and took the children on a tour around the museum while we were having photographs. After drinks, taxis took us to Room Restaurant for a meal. The food and service were excellent, and the bill was surprisingly modest.” 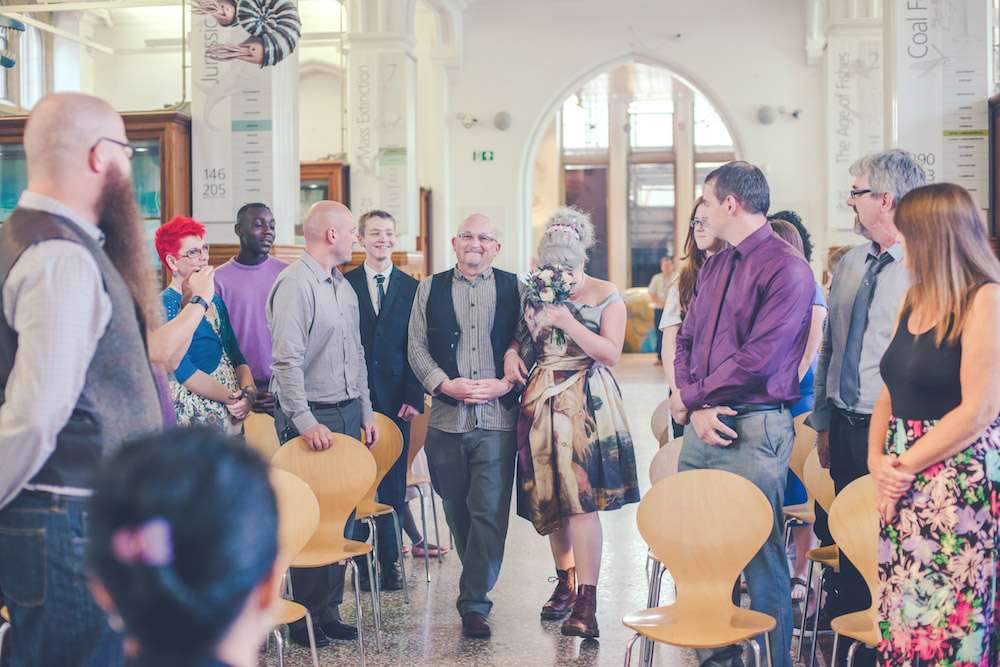 “Our reception took place the following weekend. We organized a music festival for 150 guests at Fell Foot Wood, Newby Bridge, in the Lake District. We decided to have a music festival as Matt plays in bands and we have a number of friends who are musicians and performers. We set out different areas at the festival including a games area with giant Jenga, swing ball and other outdoor games. We bought lots of old jars and set up a sweet shop and cake table.” 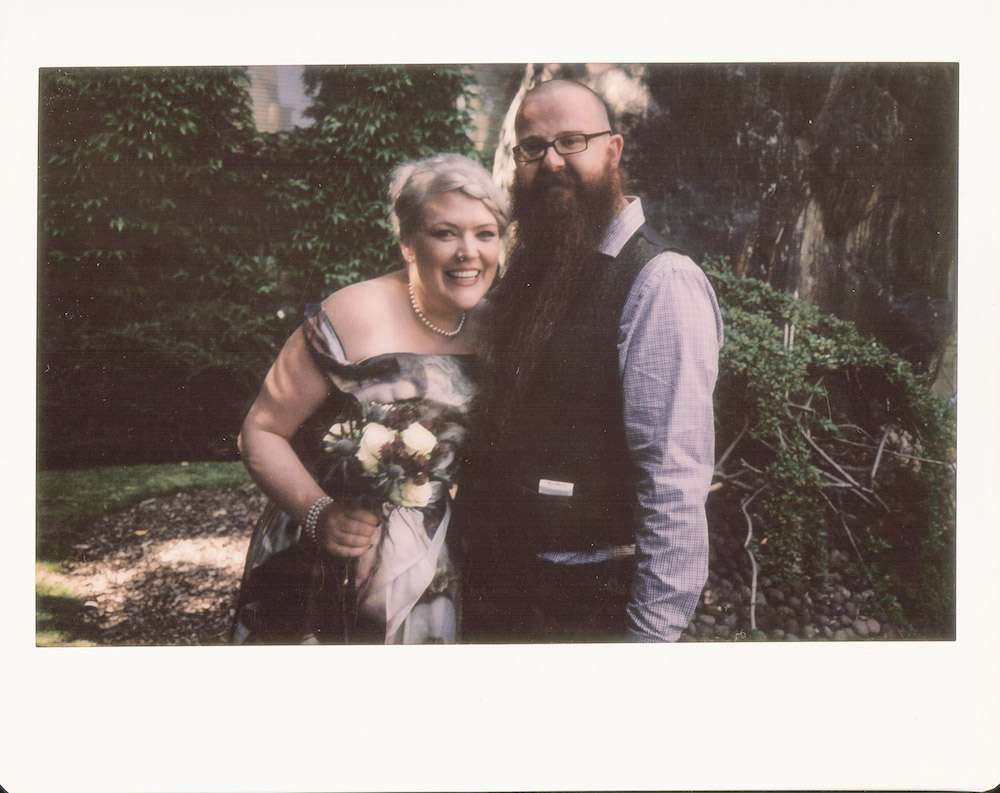 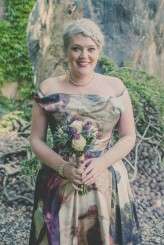 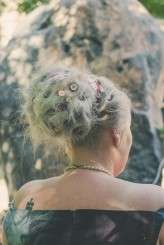 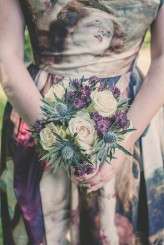 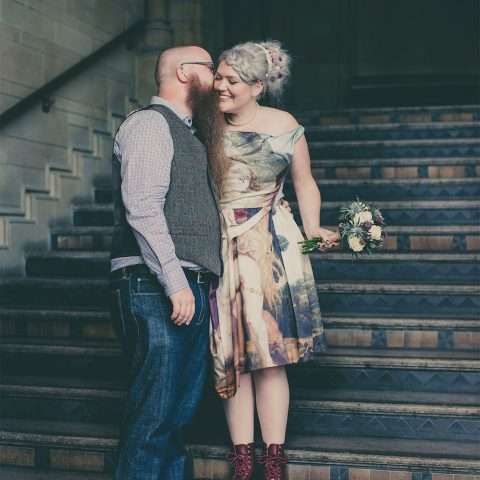 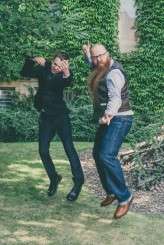 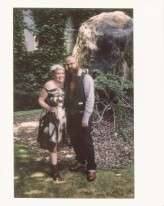 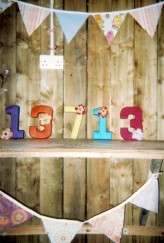 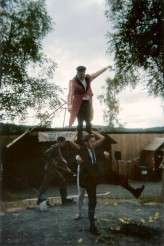