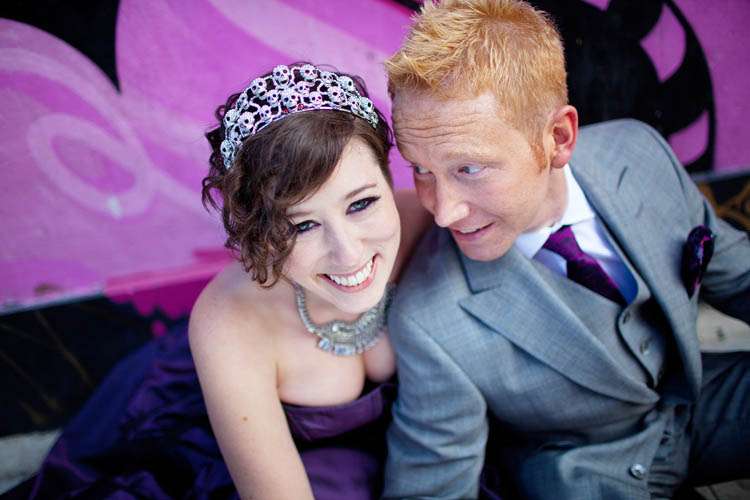 When photographer Annamarie Stepney slipped Chris & Natalie’s wedding my way, I just about squealed with joy. Not only was Natalie an avid Rock n Roll Bride reader throughout her wedding planning, but I could see a few little ideas that she’d gotten from my blog snuck in there – hello purple wedding dress and Butler & Wilson skull crown! “I fell absolutely head over heels for the Butler & Wilson skull crowns after seeing photos of Kat in one so I checked them out,” wrote the bride. “It was great as no one realised it was made up of skulls until they got close. I also wore it for my 30th birthday a month later.”

The wedding was held at Shoreditch House, London – a private members club which comes complete with a bowling alley. “Shoreditch House was the only venue we went to visit,” Natalie told me. “We knew it was the right place straight away. We loved the urban/warehouse feel to it and reminded us of New York where we had met. The bowling alley was an awesome addition too!” 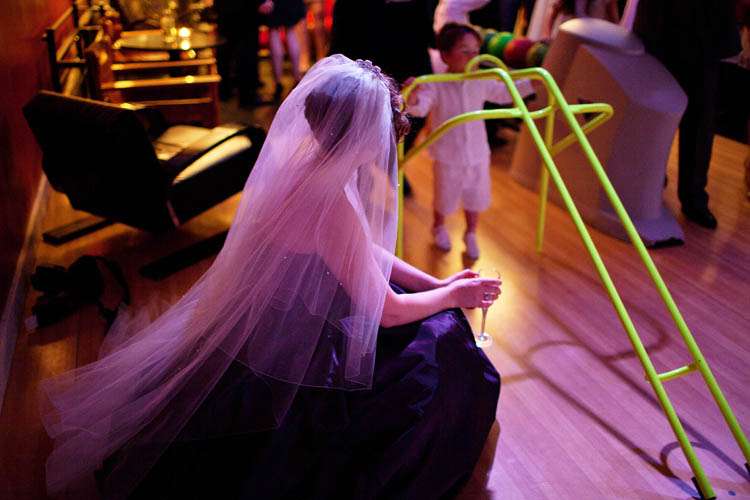 Natalie found her incredible dress in a charity shop in Newbury – OMG talk about an amazing find! “I LOVE MY DRESS!” she squealed. “I had been on two wedding dress shopping trips and tried on a number 1950s style dresses. We were planning a party and I wanted a dress I wouldn’t have to worry about dancing in, bowling in and general stomping about in!” 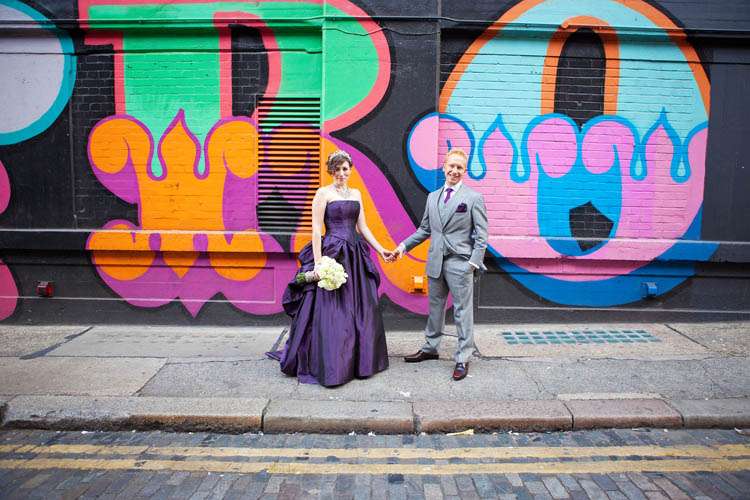 “I then went and spent the weekend with my Mum in Newbury. The shop assistants were a wee bit bemused when I took my pewter, studded galore shoes out of the box. It kind of went something like this a few times – ‘Yes the dress has to match my shoes… yes these shoes… no, these shoes… no I am not going to buy other shoes…. sorry I seem to have got your dress stuck on the stud of my shoe!’ I tried on dress after dress in white, ivory, off white, antique gold, magnolia (that may be just a paint colour!?) and so on whilst my Mum cooed and ahhed I totally felt like a kid playing dress up! I have never dreamt of wearing a traditional white dress.”

“On the off-chance we popped into some local charity shops in my Mum’s town and as soon as we walked in I was in love with a dark purple dress. It was beautiful and I couldn’t believe it when I tried it on that it was perfect fit, never been worn and I knew my shoes would match perfectly (and rumoured to have been originally bought for a potential dress for Katie Price…although this may be rubbish). I was sold!” 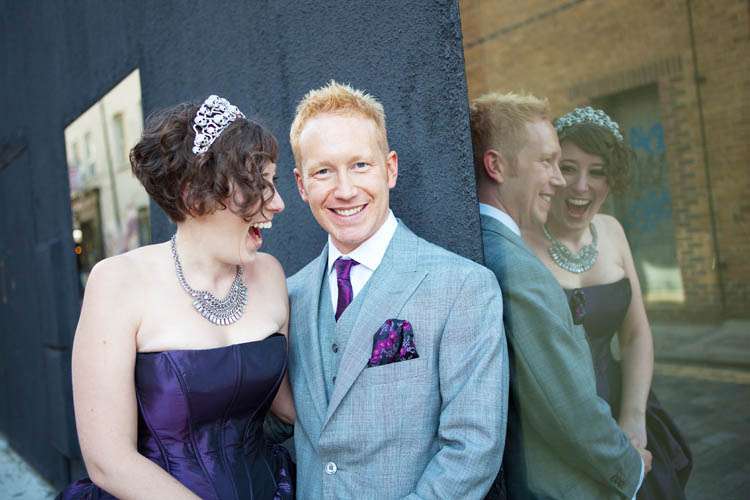 The groom looked just as dapper in his Boland & Banks bespoke grey glen plaid suit, “I have to give Mark Banks a massive plug!” Chris wrote. “He was an absolute star and a true gent. He asks that you trust his judgement I’m really glad I did. He convinced me to go for the grey glen plaid patter over a more straight laced navy blue. He also give me the nod for the Oliver Sweeney shoes.” 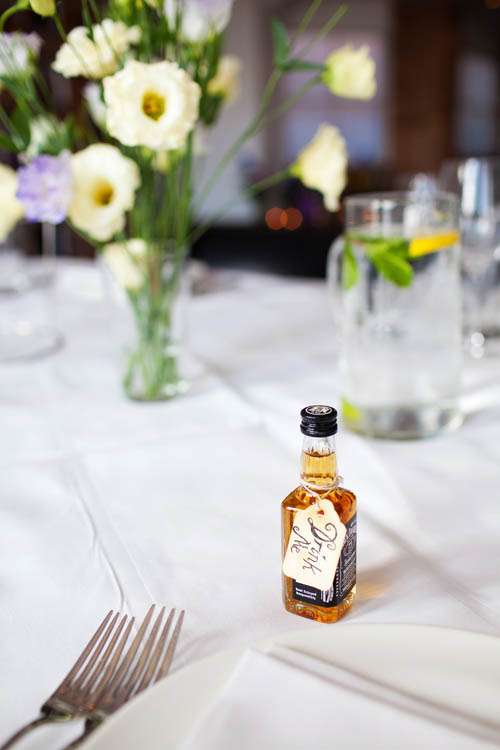 Having a great big party for all their guests was really important to the couple, so instead of hiring a traditional band or DJ, they had Rockaoke! “Chris would make an excellent front man or guitarist!” Natalie laughed. “We used to go to rock karaoke at Arelene’s Grocery when we lived in New York. We had seen Rockaoke perform at festivals and in London and although we looked around for other bands we both really wanted to book them. The guests loved the band and so many people got up and sung. And we ended the night singing Motorhead together.” 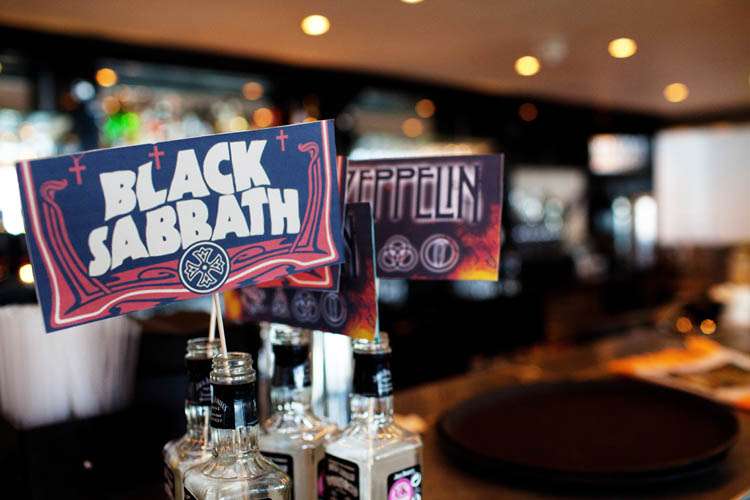 “Music is a big part of our lives so it became a big feature,” the couple concluded. “From the table names, the place names – written on the discs from mini discs, with a band badge to suit each guest and a mini guitar. Rockaoke for our band and all the music throughout the day was chosen by Chris.” 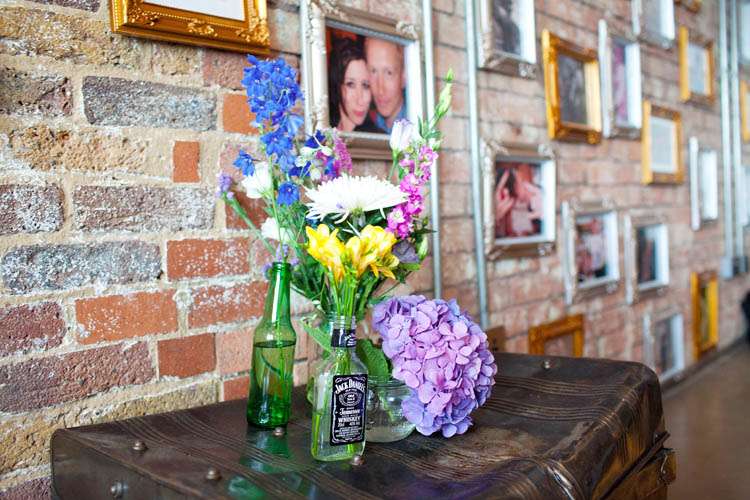 “I guess we did things differently by doing exactly how we wanted and planned the day as if we were planning a party for our friends and family and not so much planning a wedding. This worked out perfectly as the wedding was all about us, the things we love and things that make our relationship special to us. Chris’ Dad wrote the reading that his Mum read during the ceremony – it was all about us and had people in hysterics! In fact we all spent the whole day in hysterics.” 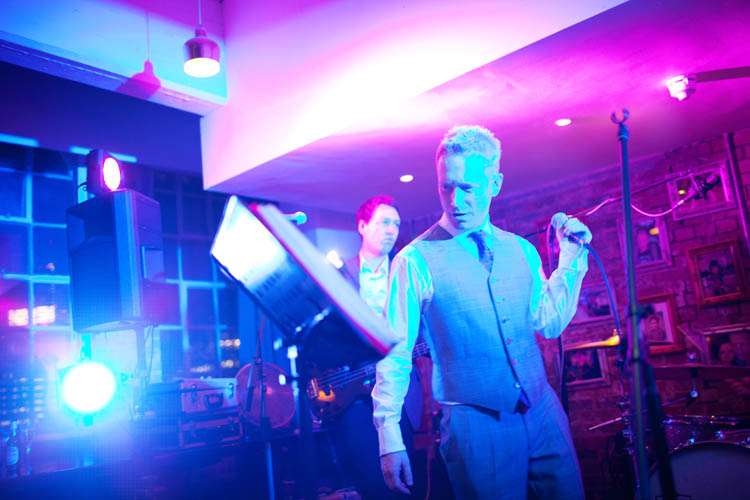 Thank you so much to Chris & Natalie and their photographer Annamarie for sharing. 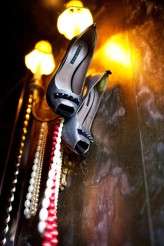 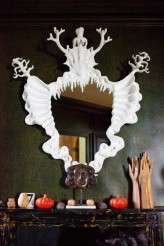 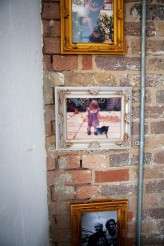 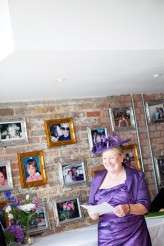 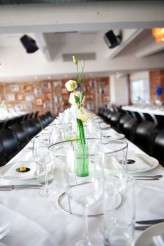 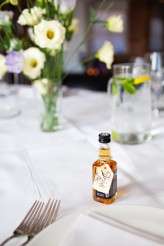 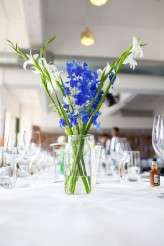 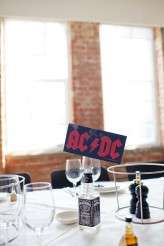 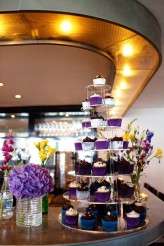 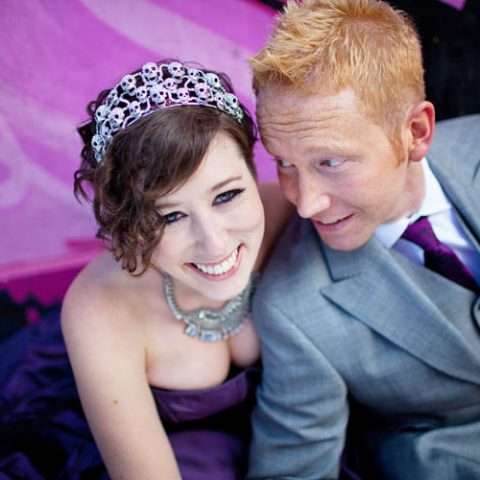 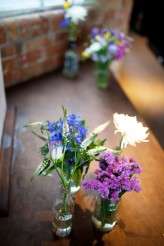 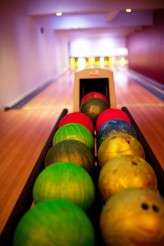