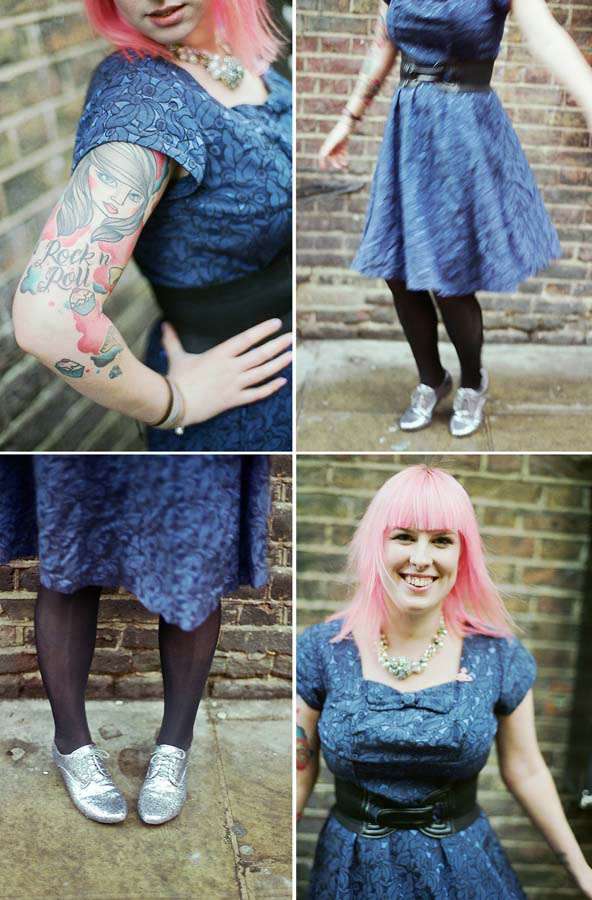 Wow, I feel like I should be doing an over-indulgent Oscar-worthy speech right now but I literally can’t find the right words… So I’ll just say thank you a million times. Thank you for voting for me, thank you for believing in Rock n Roll Bride, thank you for your support…you get the idea.

Seriously, there are not enough thanks in the world.

Before the awards I met with photographer Ashton Jean-Pierre for a coffee and he asked if he could take a few photos of me…which was pretty handy because now I can show you what I wore to the event.

Ashton is, like, beyond amazing and his film photography makes me weak at the knees (plus he had the photos to me before I even got home – now that’s impressive!) 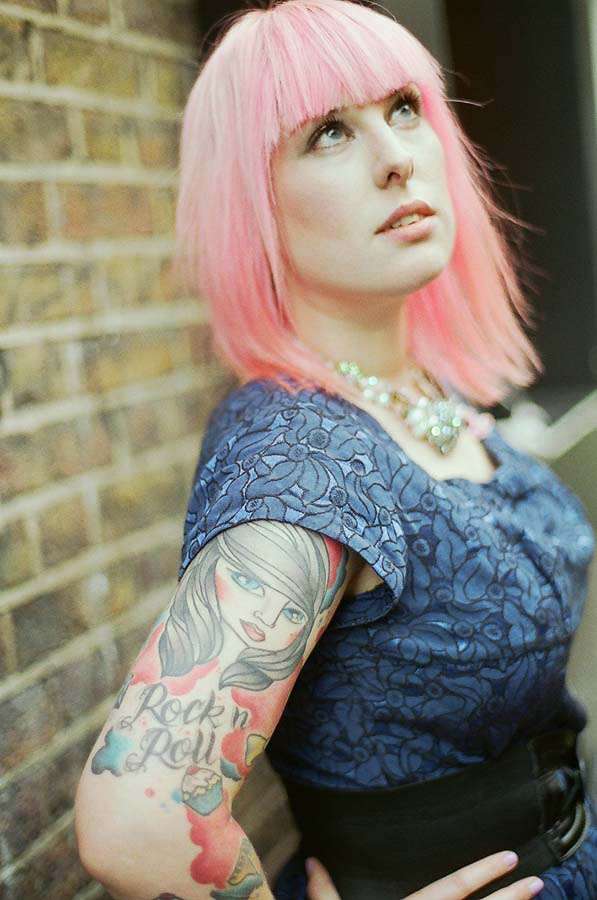 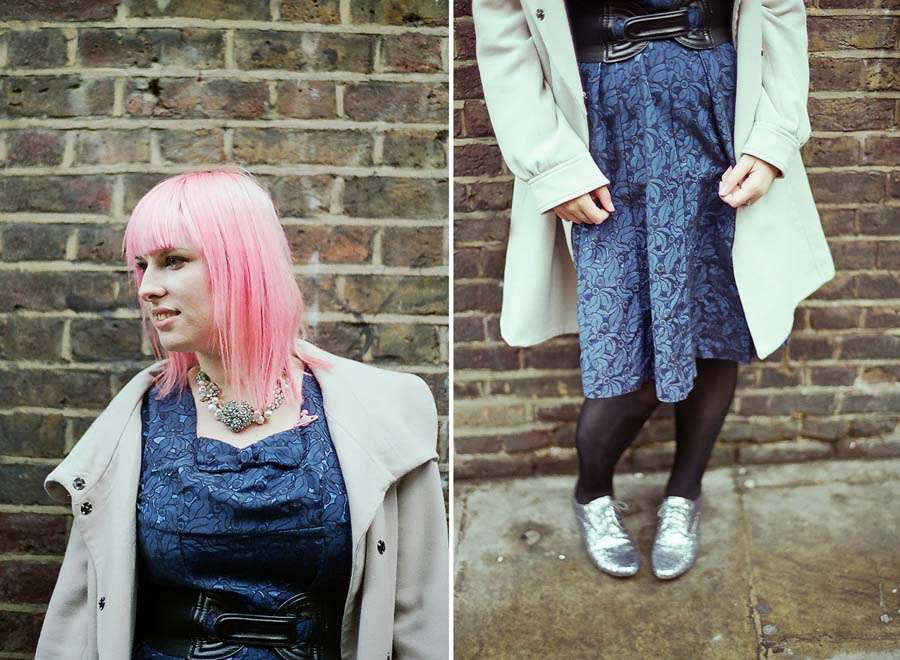 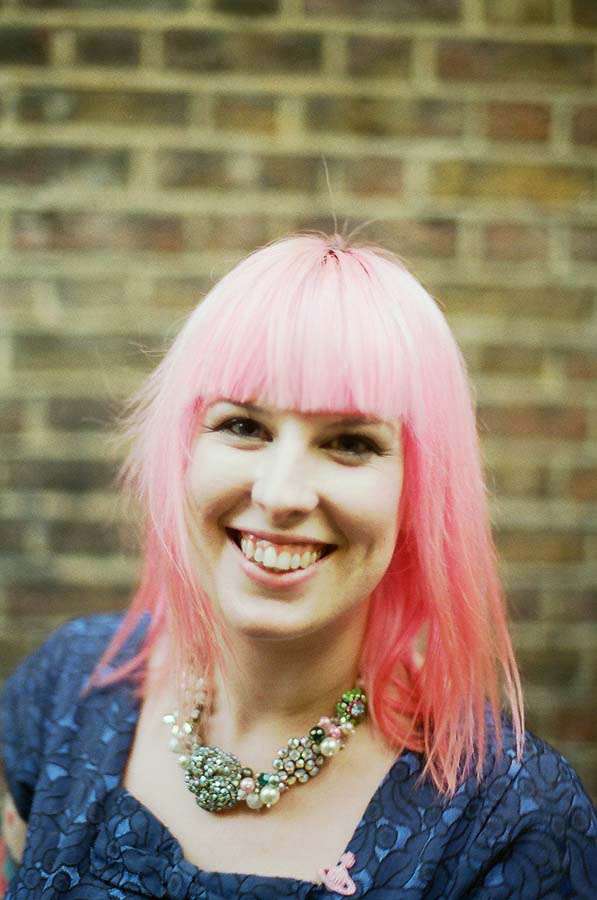 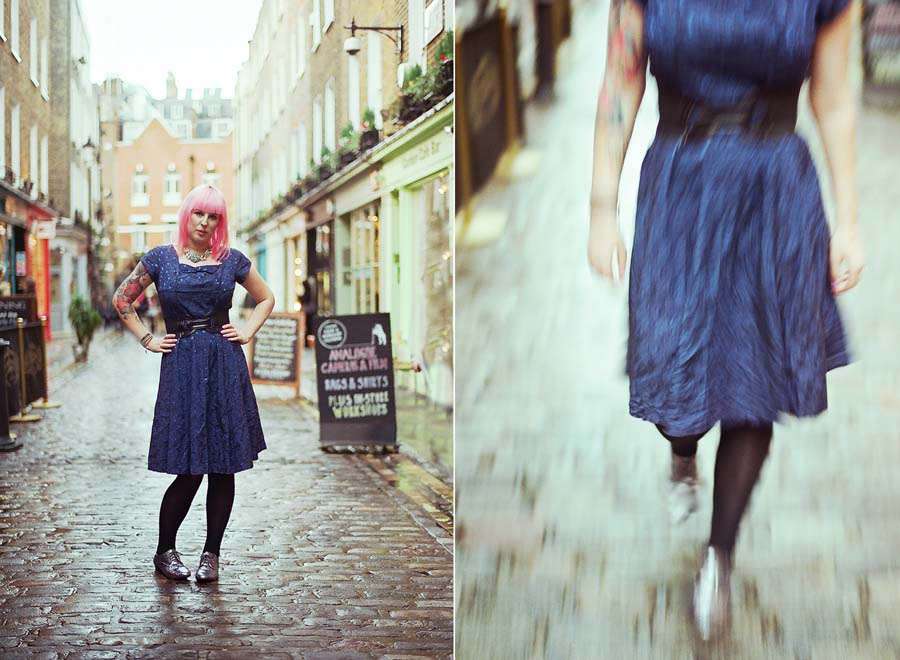 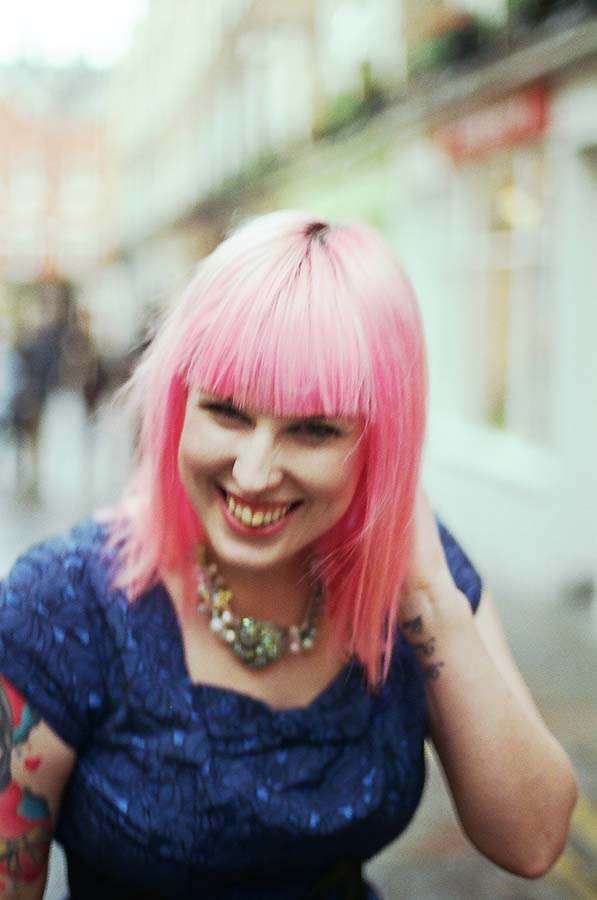 Ashton, these photos are beautiful. You are a god of film photography.

Dress: Vintage – found in Oxfam this week for £35!
Belt: Primark
Sparkly Brogues: Also Primark – £12! (can you believe that!? I think I’m in love with them)
Coat: H&M
Necklace: Magpie Vintage
Brooch: Vivienne Westwood

And here’s a few photos from the actual award’s ceremony. They’re only phone piccies I’m afraid. The professional photos from the night will be in a future edition of Cosmopolitan Magazine. I was also interviewed for their website… and yes I’ll post that as soon as I see it!

My little blog up in lights… 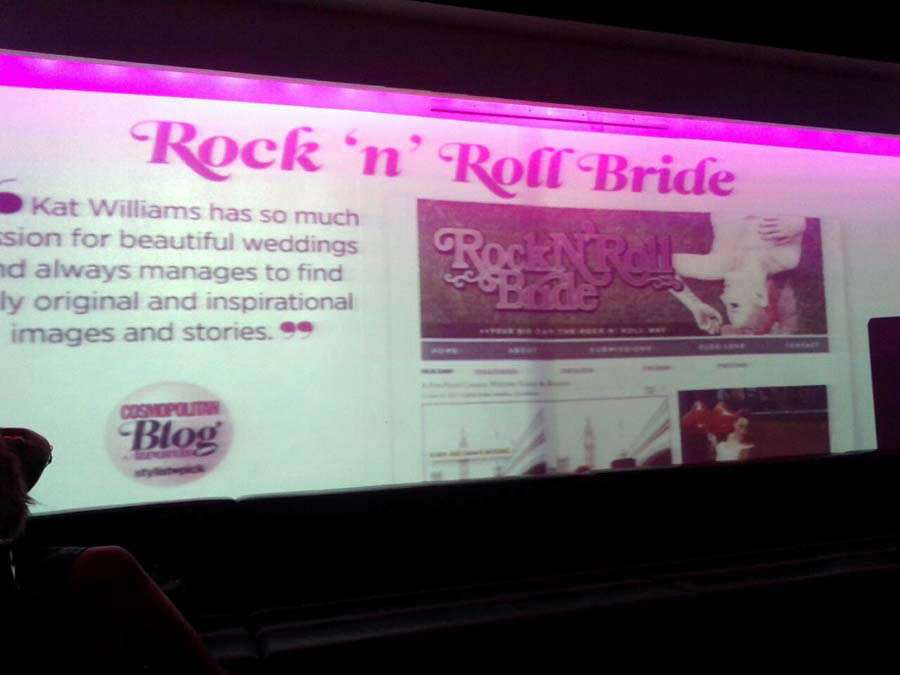 I went to the awards with Adam & Charlotte of Rock My Wedding and we had a lot of fun in the photo booth being run by photobooth.co.uk. I’ll share the rest of the photos and hiiiilarious video (a photo booth that does video? Oh yes please) I did with them soon as I can. Us wedding bloggers do love a photo booth you know. 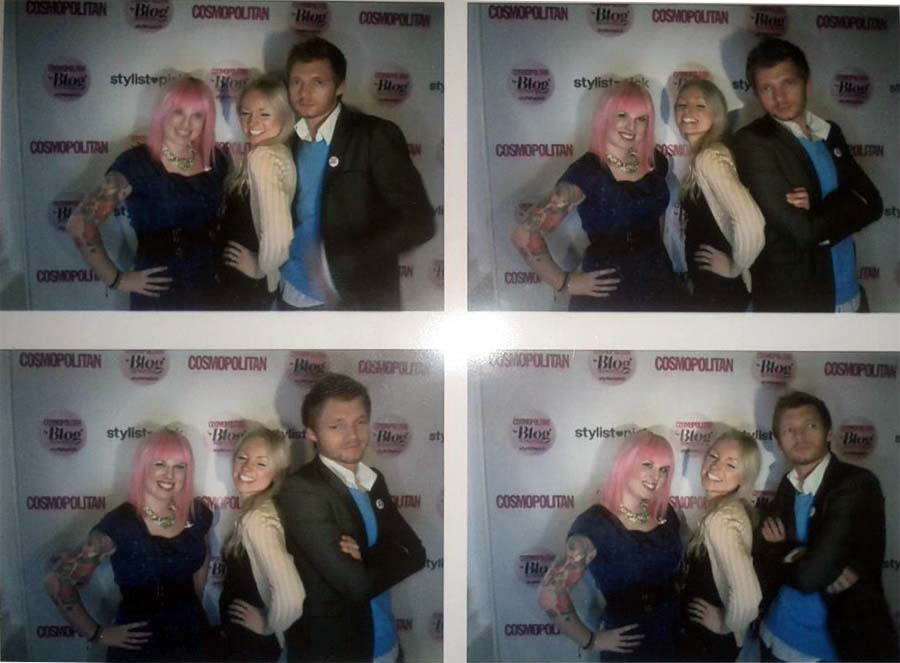 Here I am with my award – a hand drawn bespoke illustration by Ros Shiers. Oh my, I was so shocked when they called my name I didn’t even hear it properly! I only realised I’d won after Charlotte squealed in my ear “You’ve won!” and gave me a massive hug. I’m a little fearful of seeing the photos they took of me on stage, I was shaking like an actual leaf. 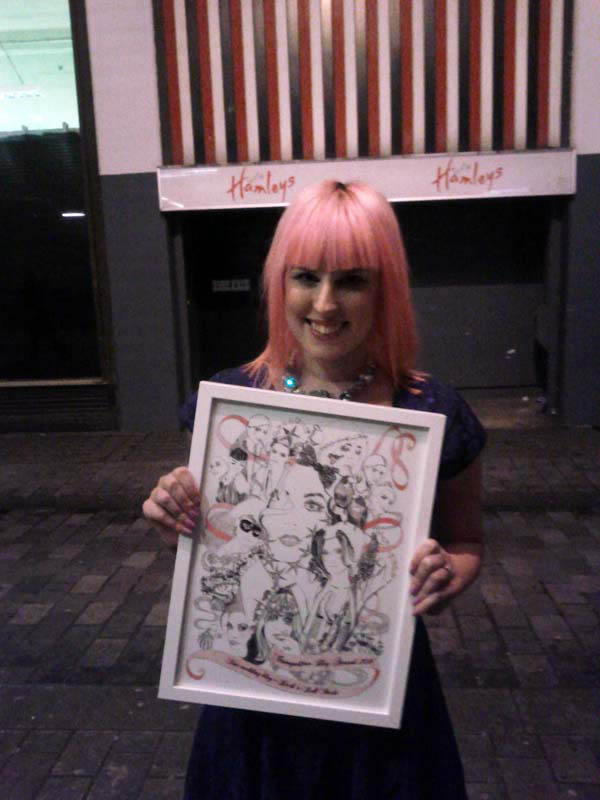 A close up photo (again just shot on my phone…) 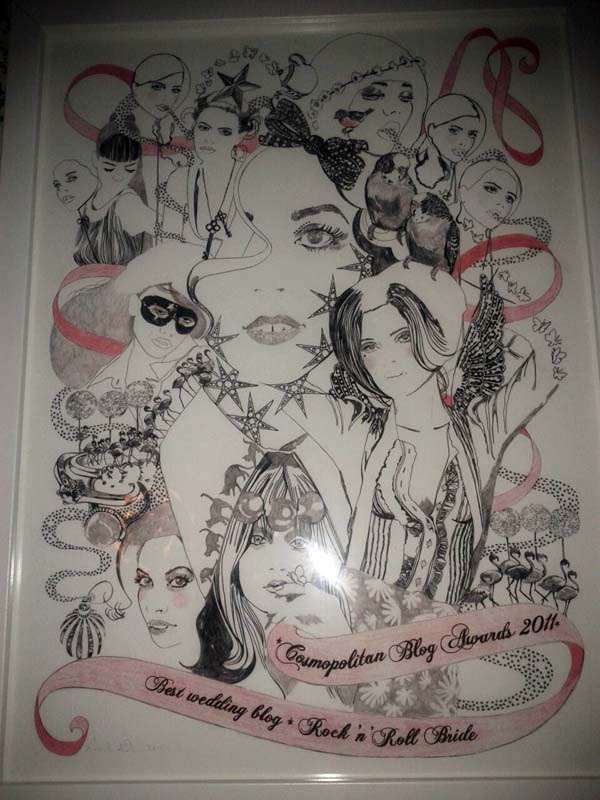 Unfortunately I think Adam was a bit of a sore loser… 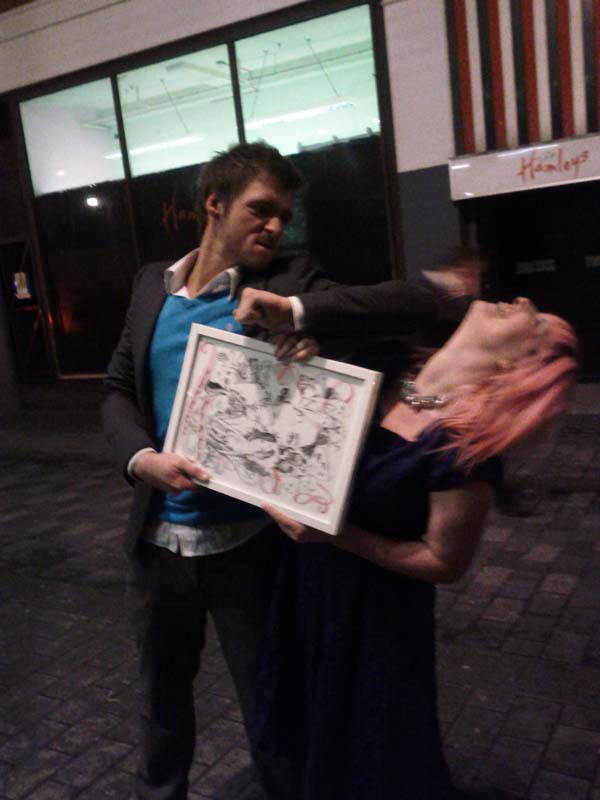 I also won a free pair of shoes or a handbag of my choice from Stylist Pick. I think that part of the prize was what he was more gutted to be missing out on if I’m honest…

Again (last time I promise) THANK YOU from the bottom of my little pink heart. Truly. 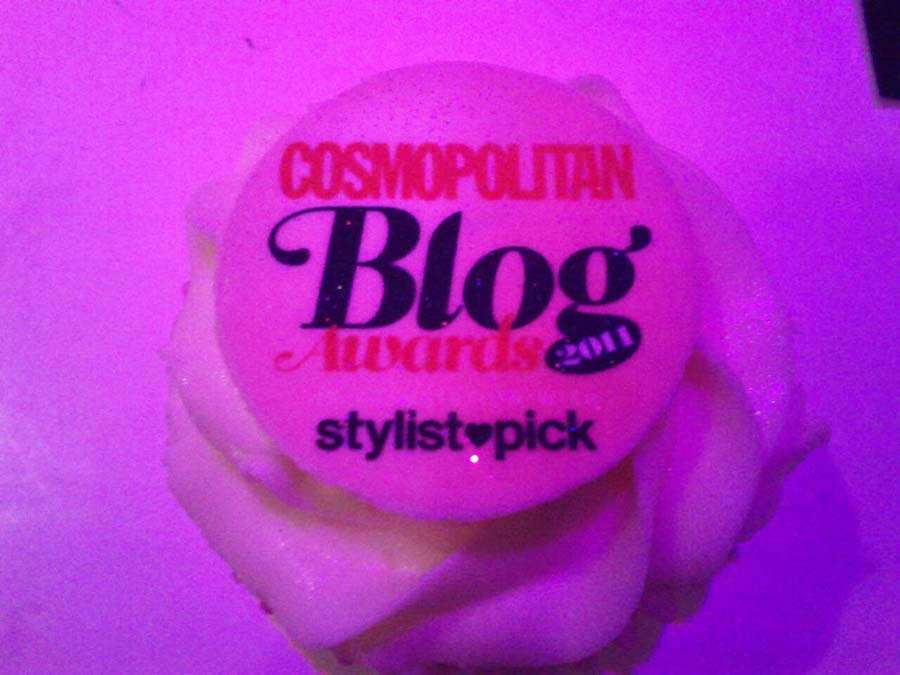 I know what you're thinking...Christmas stuff already woman?! Well just hear me out would ya... I've known wedding photographer Ashton Jean-Pierre ever since we both went to Emma Case's wedding back in March. I don't think we managed to talk on the night, but after the event I saw some of his incredible photos (that he just took on his iPhone!) on facebook and so I got in contact to ask if I could share some of them on my blog. He said yes and we've chatted online ever since. Ashton is deaf which makes no differece at all when communicating online, but when he asked if Gareth & I would like to do a mini shoot with him I was a teeny tiny bit nervous on how we would get on it 'real life'. However I needn't have worried. Ashton is so expressive and animated that it's actually pretty easy to have a conversation, and although I didn't know any sign language before we met, we were easily able to chat by gesturing and using good old fashioned pen and paper to write things down.