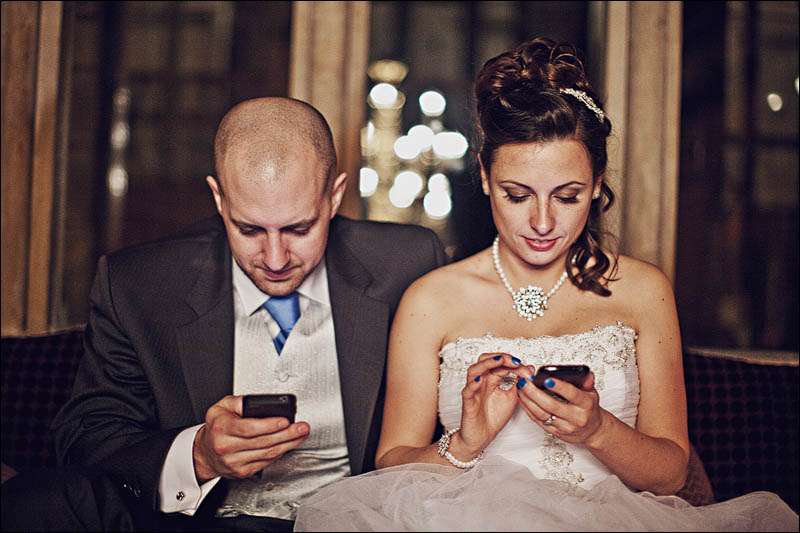 “Hello, my name is Kat and I am a twitteraholic”

It’s true you know. I unashamedly and utterly love tweeting. I revel in how it connects me with my friends and adore how I can directly speak to my readers on a personal level. The best part however is that when I’m working alone in my nook under the stairs, it makes me feel a lot less of a looooser in my wedding/photography/blogging obsession. You guys are always there with me to respond to my random musings and validate my ridiculous ideas.

Gareth has resorted to twitter-stalking to see what I’m up to on a daily basis. Rather than raising concern, his resourcefulness actually astounds and impresses me (i.e. he’s so interested in my business that he’s my biggest stalker/fan) At Emma & Pete’s wedding Gareth & Dave even started wondering if there were other Twitter Widows out there, lurking in the internet shadows, wondering where all their husbands and wives have gone? And should there be a special Twidow™ group set up for these poor excluded men (and women)?

Although I do wonder how this club would be promoted…because launching said group on any kind of social network would almost certainly be too ironic for words. Hum…

Does this post make me a terrible wife or are you in a similar position? Luckily for Gareth, I give him (almost) tweet-free evenings and we even have the odd skivey day out of the ‘office.’ Last week we hung out all day. We went to lunch, we visited my photograph in the Reading museum and we went shopping. Not expensive or ‘proper’ shopping but the silly and browsy kind. He liked that. I bought a £12 dress and he got very excited about a tiny little pen. Although I did tweet some pictures, it was actually him that was initiating “Go on, tweet it…let’s see what they say!” (I’m finally breaking him…haha!)

Skivey and tweet-free days off are brilliant once in a while, especially when you’re hanging out with the one you love. Now excuse me, I have to dash. Today we’re off to a BBQ at a friend’s house. I’ll probably be tweeting pictures of cheeseburgers, lawn games and questionably shaped vegetables within the hour…but my obsessive ‘oooh what have I missed?’ attitude will be on hold for a while.

In my opinion how you use social networks is all about balance and what works for you, your business and your relationship. However I really hope Twidows™ does take off…Gareth could do with his own little boys club to play with once in a while.