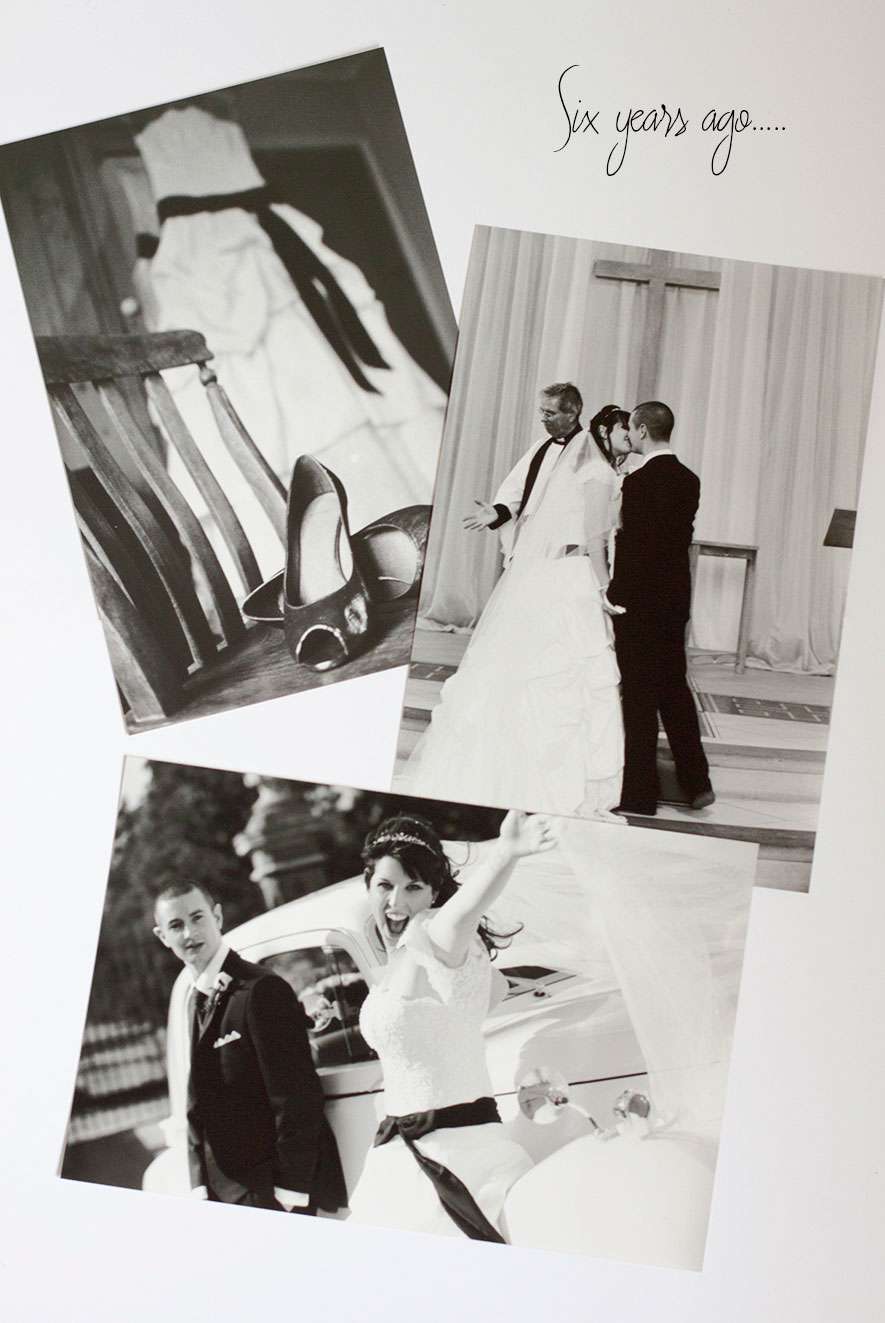 Tomorrow is Gareth and my six year wedding anniversary. Instead of writing yet another “Oh I love him so much, he is my rock, without him I am nothing…” blog post (It’s true by the way but… well… you know… snoooooze) I thought I’d share six of the most important lessons I’ve learnt in these six short years.

For the better of course! When we were first married, nothing felt different. We lived together beforehand and, if I’m honest, I struggled to see what the big fuss was about. But after being married for a few years I did start to notice some changes… in both of us.

The safety and security you feel when you’re married is like nothing else I’ve ever experienced. Knowing that this person has chosen to be with you, and only you, for the rest of their life is quite a powerful feeling. The bond you have post-marriage is, for us anyway, so much stronger. The trivialities of the everyday don’t really matter as much, and any arguments don’t have the same devastating effect. We’re both ultimately in agreement and it’s us against the world – forever.

2. When in doubt, the relationship always comes first

I’ve given this advice to so many of my friends over the past few years and now I impart it to you! Whatever the issue, whatever the drama or trauma or stress, always remember that your relationship comes first. Period.

If you’re stressing about something external (like money, your job or a family drama), make sure you’re on the same team and you tackle it together. The worst thing you can do is shut them out, or worse still, blame them for it. Even if you don’t vocalise that blame, it can be all to easy to think things like “well if she did this differently…” or “if only he wouldn’t stand in my way…”

IT CAN BE SO HARD not to do this, but as long as you know that they are your priority, no matter what, then you won’t go far wrong.

This might sound frightfully un-feminist, but if Gareth had a problem with how much travel I was doing with The Blogcademy, for example, then I wouldn’t be doing it. He comes first. I love my job, but I love my husband more.

3. Your house is both of your homes

We have a rule in our house that neither of us (ahem, it’s really aimed at me) is allowed to buy anything ‘for the house’ without the other person’s consent. As someone who loves an impulse buy, this was difficult for me to come to terms with!

But this isn’t just my house – it’s his home too. Although our tastes might be quite different, it’s important that we agree on the things that decorate and furnish the space we both live in.

As much as I might dream of painting our front door pink and covering our dining table in glitter perspex (!!) that just isn’t going to fly with him. While his excessive wiring (it really is everywhere!) might drive me crazy, he did put up bright pink wallpaper up in our kitchen for me, so I can’t really complain!

You have to make these decisions together though. You both live there and you both need to be happy in the place you call home. 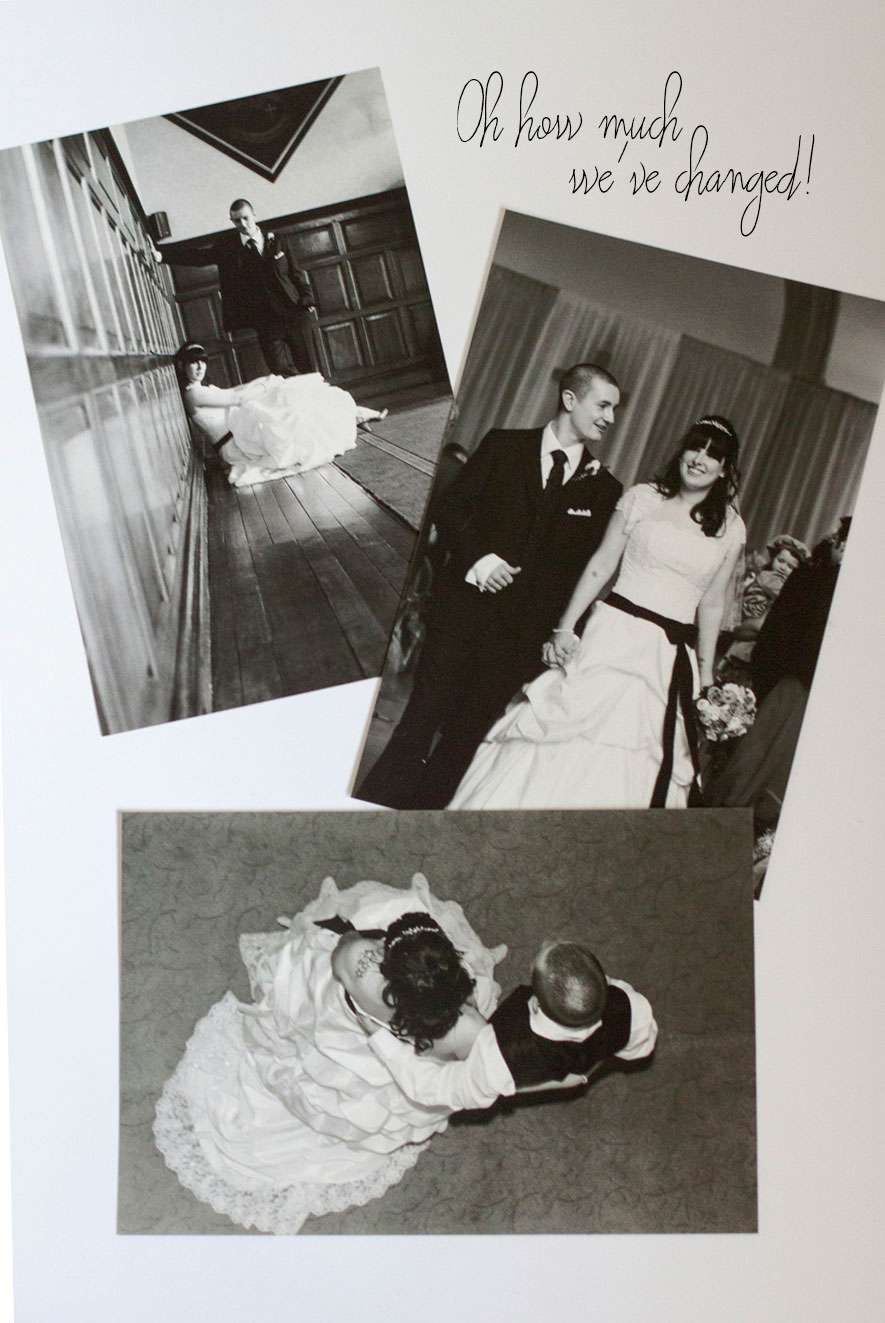 When you’ve been together a long time (we’ve been married six years but we’ve actually been together for twelve – damn!) arguments don’t seem to hold the same weight as they used to. Looking back at any (what seemed at the time like) massive fights, now just pale into insignificance.

No matter how big a disagreement is, when you look back on it years later you’ll realise how unimportant it was. You’ll also be so glad that you forgave each other and moved on from it when you did. Life’s too short for resentment, but married life can be bloody long of there’s any of it on either side! When you fight, resolve it as soon as you can, forgive each other quickly and move on.

As a side note, someone once told us to never let the sun go down on an argument. However I’d like to call bullshit on that one. For a while we tried to make sure we resolved any disagreements before bedtime, but it just wasn’t working. Why? Because trying to force a resolution when you’re both still pissed off (and probably tired) is the worst thing you can do! For us, it works much better to go off, cool down, sleep on it and then discuss things calmly when it’s all a bit less raw.

Yes, respect! That might be an odd way to describe it but hear me out. I do not think saying that you ‘accept’ somebody’s flaws is particularly healthy. You need to respect them as an individual and realise that what you might see as a flaw is probably just part of the person you love.

Respecting is different to accepting. Accepting somebody’s flaws implies that you do so with a grumble and maybe even a bit of resentment…  “I accept that he is XYZ, but I don’t LIKE IT!” Respecting someone’s quirks alters your mindset into an all together more healthy one.

6. You will change… just make sure you do it together

Well you only have to look at these photographs from our wedding to see just how much we’ve both changed in six years! The person you marry will not be the person you are married to forever. People grow, people change, people have altering focuses and passions as the years pass by.

This isn’t something to fear, it’s actually something to really look forward to. The most crucial thing is that you grow and change together. After all, you signed up to be part of a team, and a team needs to work together in order to succeed.

If you want to read more marriage advice and tips, I wrote a whole ten part series called Marriage Mantras a while back which I’d love for you to check out too.