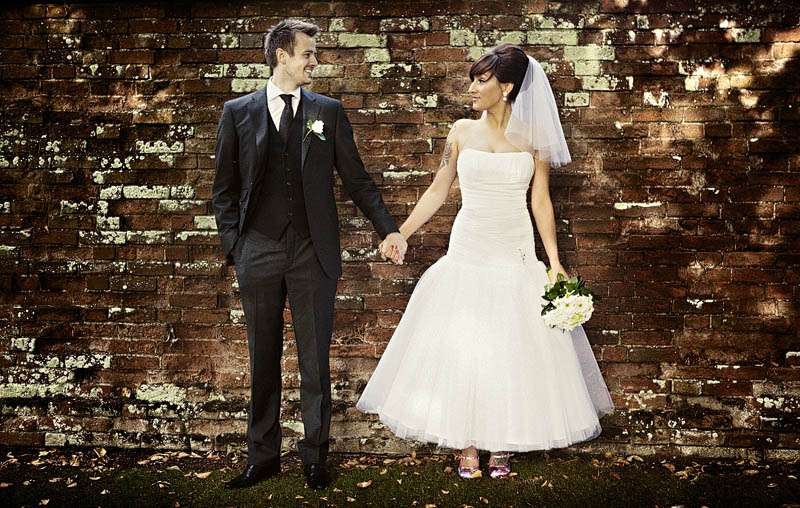 Stephanie & Kevin were married at Alveston Manor, Stratford upon Avon. The day started with an intimate ceremony and reception for just 20 guests. The couple then had a massive evening party with 200 people. “Only having 20 guests in the day we wanted it to be relaxed and just about the family and us the way we wanted to do it, then 200 guests in the evening to really party,” the bride told me. “We did it our way and had great fun.” 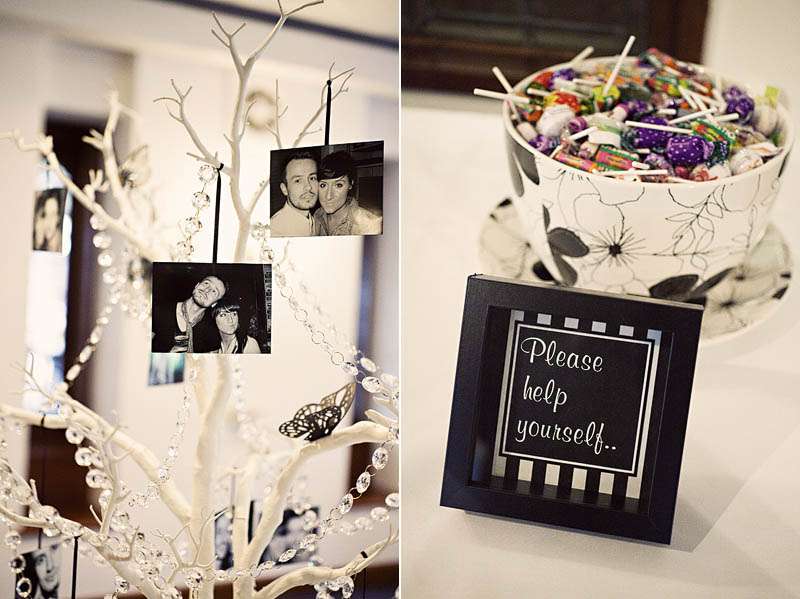 Stephanie wore a dress which she had custom made by Stella Liliana, shoes from New Look and a veil from eBay, which she cut short herself. Her idea for her bridesmaid was for her outfit to be similar in style to her own, but not being able to find what she wanted on the high street, she took to making something herself. “I wanted my one bridesmaid my younger sister to look very similar to myself but we could not find a dress that matched so I brought a black bodice from h&m and two 1950’s style Rock n Roll underskirts which I sewed together and trimmed in length to create the skirt adding satin material around the waist to finish.  Their shoes were the same as mine but in black, also from New Look. ” 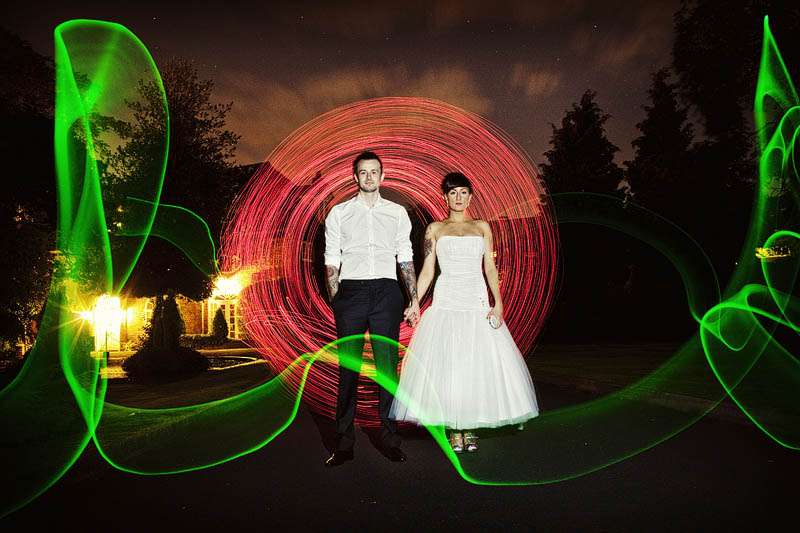 Thanks to the happy couple and Stevie G for sharing these today. 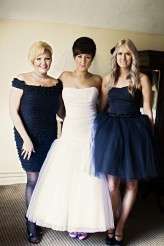 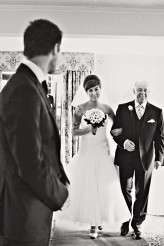 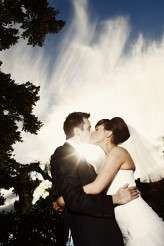 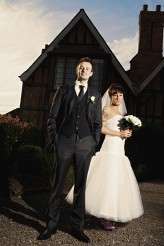 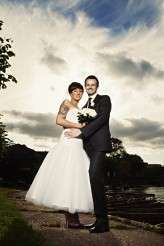 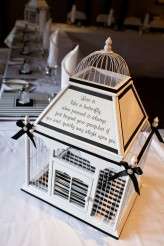