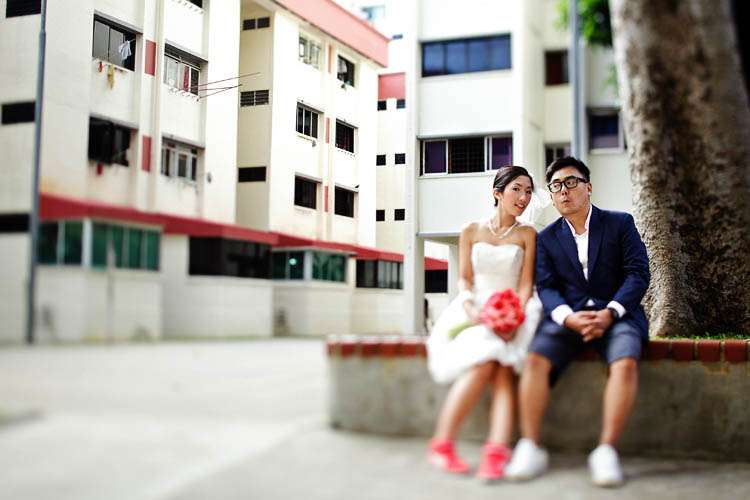 Melissa & Alan are a pretty awesome couple aren’t they?

“We just wanted to be ourselves,” they write. “No magical fairy tale kind of wedding, no heels, no leather shoes, no cummerbunds. Super down to earth and casual that says ‘This is Melissa and Alan’.” 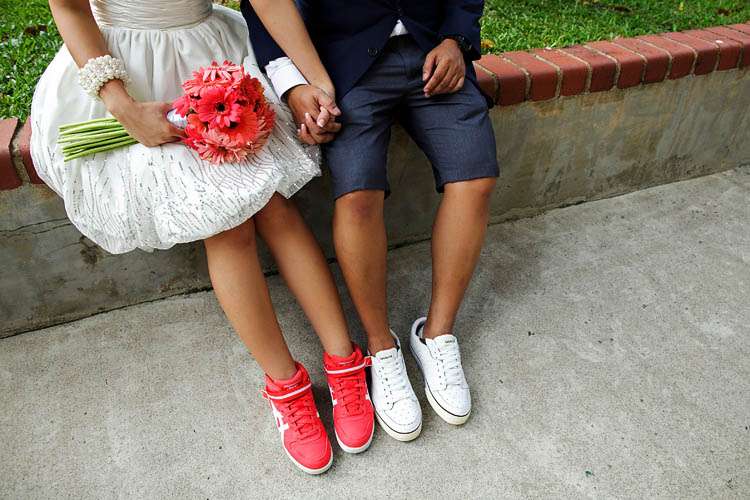 “Every details signified us, as an individual as well as a couple. Things that we love are incorporated into the wedding. Vespa, sneakers, badges, boots, dreadlocks, beach, surf culture, reggae, live band, tulle, corset, and many more.” 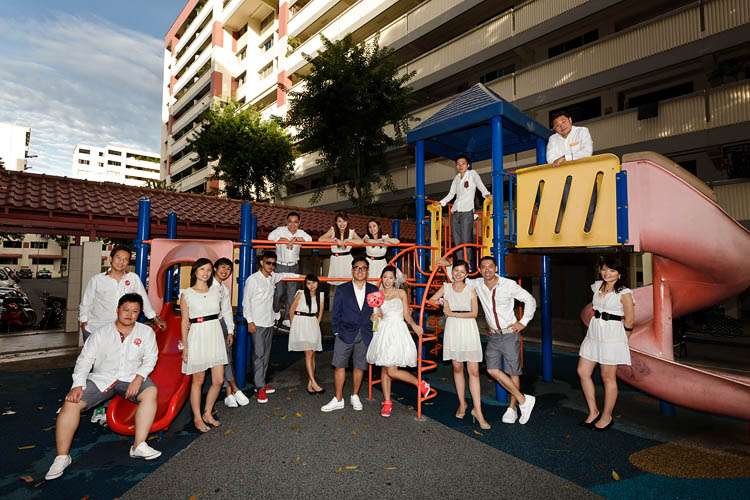 Their outfits (yes plural!) were inspired by fashion magazines and blogs. They pieced their ensembles together themselves, taking from these sources the bits that they loved to create a really unique and totally fabulous wedding day look. 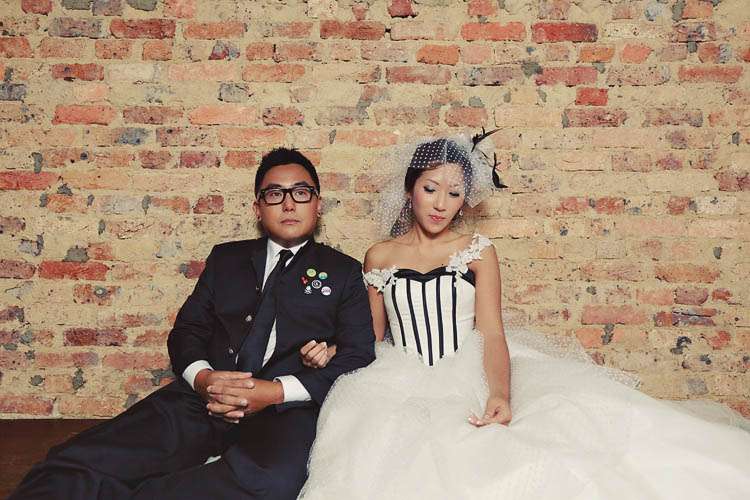 Big love to Melissa & Alan and their photographer Dazza for sharing these today! 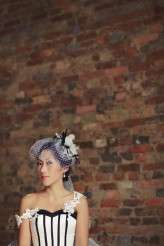 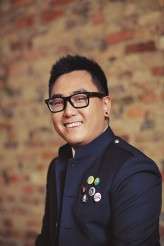 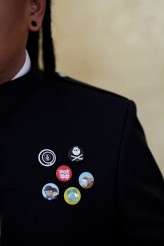 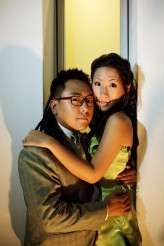 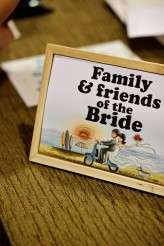 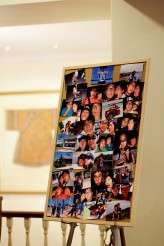 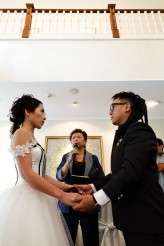 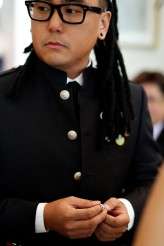 I seem to be featuring a lot of weddings with pub receptions at the moment but I love the idea and the fact that they are a cost effective venue option. However the thing I love about the particular pub weddings that I share is my readers. Even with similar venues the weddings couldn't be more different from each other! Take Mandy & Victor's mod-esque wedding for example... "Our reception was at Clissold Arms in North London", Mandy began. "The ceremony was at St Michael's Church in Highgate and Victor wanted a good exit from the church and journey to the pub. Whilst we discussed leaving in a Delorium and re-enacting a scene from Back to the Future, there just wasn't the budget! But Victor is a huge fan of scooters, and had the idea of leaving with an entourage of vespas following us was born. So we gave the local scooter club, New Originals North London Scooter Club, a call and they were more than happy to help!"

Rebecca & Gabriel's Canadian wedding took place in November. Toronto City Hall hosted their ceremony, and they selected Caju Restaurant for a low key and casual reception. Gabriel is from Brazil so the cuisine of the restaurant provided a nod to his family and heritage.