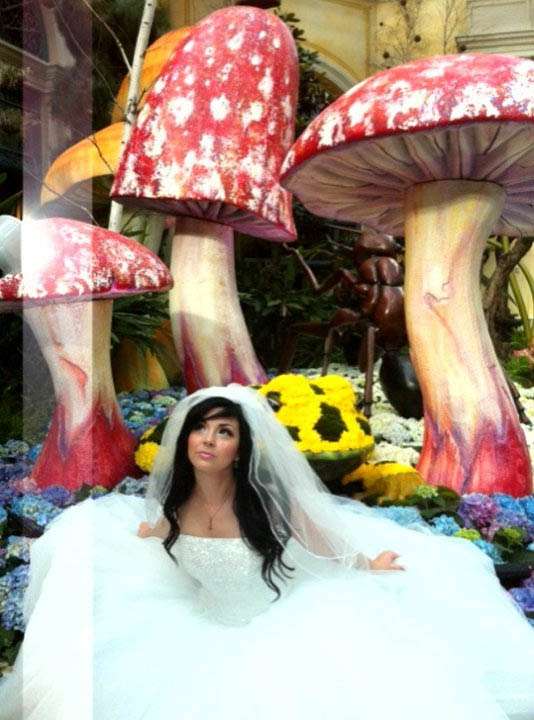 Amber & Mike pride themselves on their unconventionality and so wanted to make sure their wedding was just that too. “It made perfect sense to go to Vegas,” Amber told me. “However, we even bucked Vegas tradition by not getting married in a small chapel by Elvis. We found an amazing garden complete with ducks, just right off the strip. I’d like to consider our wedding half elopement, half planned (we planned in 4 weeks). My muse for the entire wedding was a single lipstick that I’m obsessed with called Melrose Mood. Imagine the most obnoxiously, opaque, electric baby baby pink and you’re sort of close to what it looks like.” 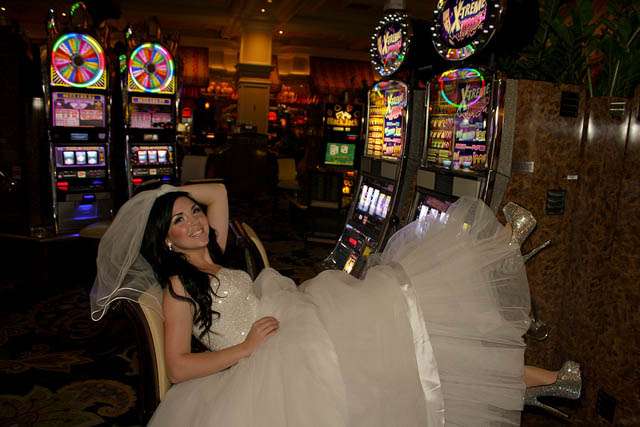 The bride is a make up artist so did all her hair and make up herself. In fact she seemed to almost enjoyed the getting ready part of the day as much as the actual wedding bit! “I spent the morning with my bridesmaids doing make up, eating gummy dice and card cookies (amongst other treats). We had an amazing bridal photo shoot in the atrium at Bellagio where we captured some sweet Alice inspired photos. Which is totally fitting since my husband is related to the real Alice in Wonderland, Alice Liddell (can you say “keeper”?). I wore were 6 inch heels entirely covered in Swarovski crystals. Needless to say the bridal shoot stopped traffic.” 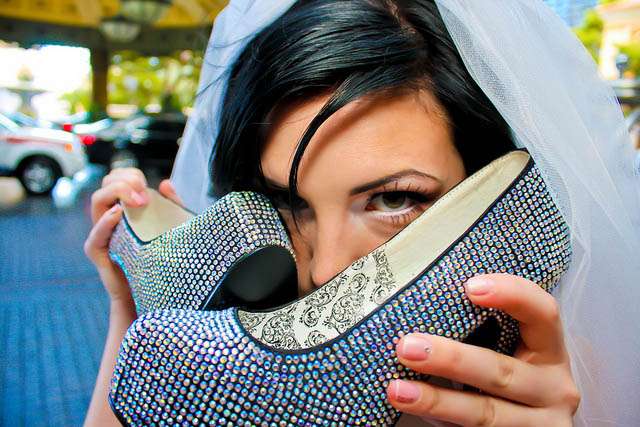 The actual wedding was intimate and personal and very much ‘them’. “We took a limo to the venue and performed a short civil ceremony. Afterwards we ate dinner with family at a small organic restaurant. Our cake was two tears of red velvet with butter cream. Our wedding favors were little french macaroons. Each box had a pistachio and strawberry. (Um, pretty sure I ate about three other peoples boxes). One of the best parts was during dinner a few of the shy little nieces came to my table to “give me my wedding present”. In unison they sang 2 lines of Lady Gaga’s Paparazzi then ran away. It was just so funny and random.” 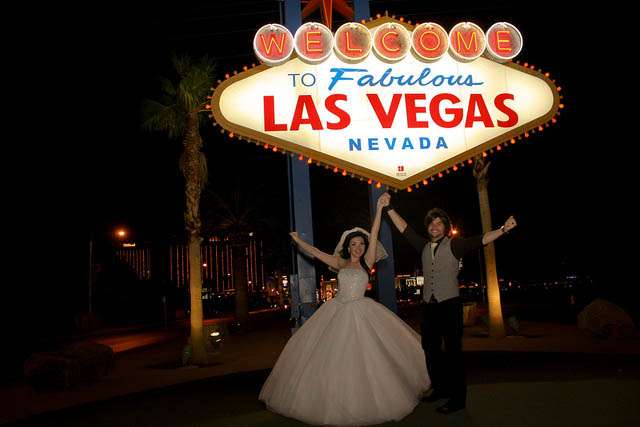 Huge thanks to Amber & Mike for sharing their amazing day with us…now where can I pick up a pair on those shoes?!

I also knew I recognised Amber – turns out she was the bridesmaid at her sister’s (just as bad ass/Rock n Roll) New York wedding that I posted last year – check it out! 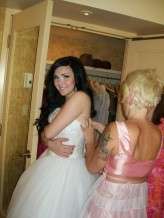 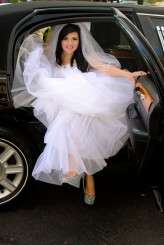 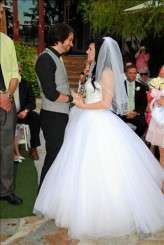 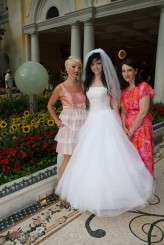 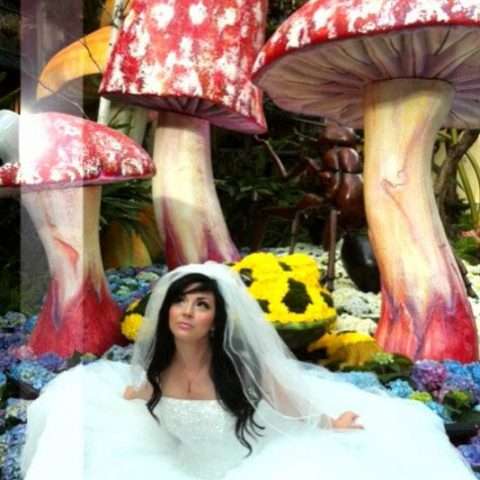 I don't know about you, but for me one of the greatest things about stalking people on the internet is when they get married and I can all fall in love with them a little bit more! I've been virtually following Kaylah, aka The Dainty Squid, online for years (we share an obvious mutual affinity with colourful hair!) so when I saw her June wedding to long-term partner Jeff I was thrilled. I poured over their beautiful images for what felt like hours, soaking up every last beautiful drop. So, when their photographer Madeline Barr submitted them for us to publish I obviously had to say yes, and did so in about 5 seconds flat.

Originally they were going to get married in Maui, but when it fell through (just three days before!) they changed everything and booked a five day vacation to Vegas with an elopement thrown in!

A Low-Key Leafy Wedding in a Plant Shop

Armed with a budget of $2000, Lici and Jadon had their December wedding in Carrie Lynn’s Plant Shop, in Summerlin, Las Vegas. They didn't have a formal reception, instead they went to the Bacchanal Buffet at Caesar's Palace instead.

A Jailhouse Rock Elopement in Melbourne

Corey and Brandon, from Melbourne, absolutely did not want a big, expensive wedding. Instead, they spent less than $5k (AU) to elope at The Altar Electric, a wedding chapel in their hometown.