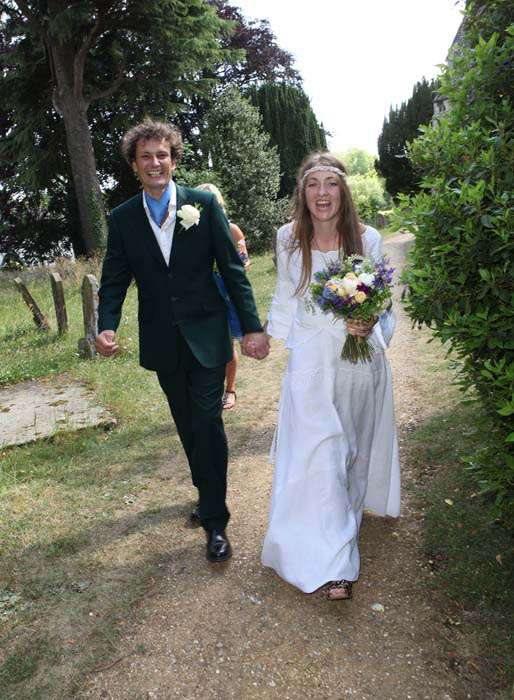 Architects Sybil & Jon planned an outdoors, Robin Hood style wedding – complete with campfire, archery and tents – at the bride’s parent’s house, for July 30th this year. Jon explained that they wanted the ‘feel’ of the wedding to be similar to the scene in the woods from the original film of Robin Hood.  They wanted everything to be relaxed and very informal and so had tractors as their transport, a folk band and a rustic, natural style of flowers. “Sibyl was very keen to use English flowers and wanted them to look like they had been picked from the garden.” their wedding planner, Kate told me. ” Anne Bell sourced the flowers from a walled garden in Hertfordshireand created beautiful colourful arrangements in jars on each of the tables along withbouquets for Sibyl and her bridesmaids.  The church was decorated witha stunning candle stick display and pew end arrangements tied with raffia.  As an added touch the couple also quickly decorated the tractor!” 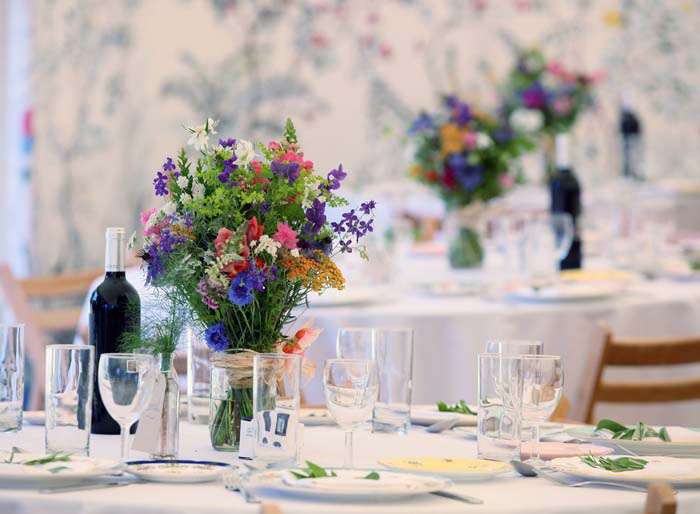 Sybil wore a dress that had originally belonged to her Grandmother and that her Mother had actually worn for her wedding as well. It was a ‘day dress’ which was made from embroidered linen that she brought in Jamaica when she lived there in 1948. The bride’s mother then altered the dress into a top and skirt and wore it on her wedding day in 1973. The bride’s mother then altered the dress again with a slightly different mid-drift section for Sibyl to wear. Sybil teamed this very special gown with a Jenny Packham headpiece and sandals by Charlotte Olympia, in Lois leopard print. She also wore an antique watch which her Mother had given her as a gift as which had also belonged to her Grandmother. 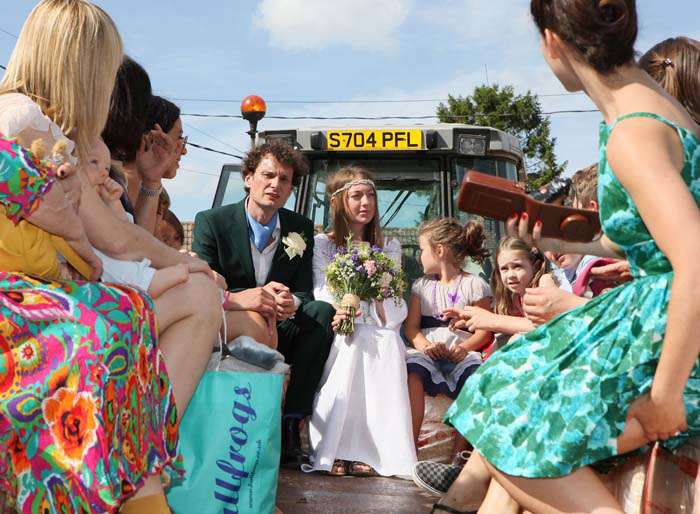 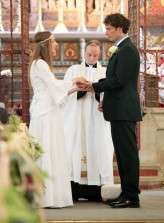 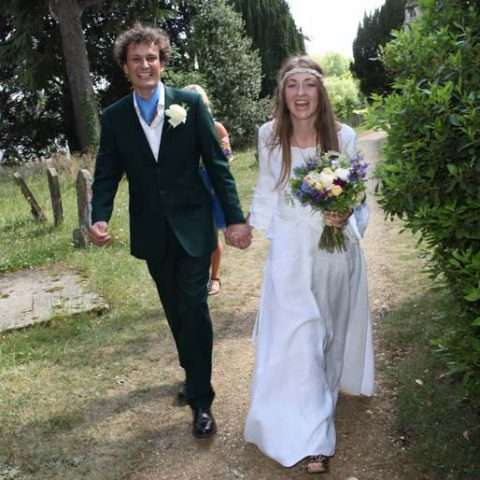 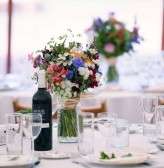 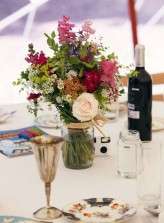 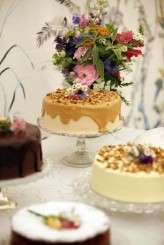 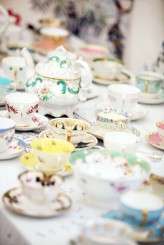 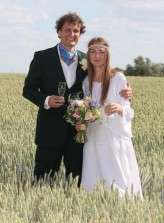 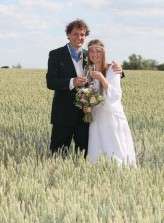 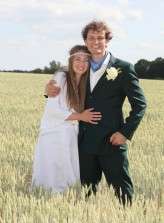 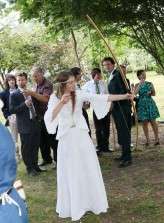