I’ve branded this the ‘Quadrophenia wedding’ because of all the fabulous retro British details. Makes you feel all warm and fuzzy inside to be English doesn’t it?

The couple embarked in a lot of diy to make it all super personal and everything from the pub they held it in being called The Britannia to the pork pie ‘cake’; from the Vivienne Westwood shoes (a national treasure in my eyes!) to the red, white a blue throughout were put together to make their theme perfect. The bunting had a union jack vibe, the table plans were quintsentially British themed and the guests were even transported in a open top double decker routemaster red bus.

The day was rounded off by traditional English games including an egg and spoon race and a impromptu kick around with a rugby ball! 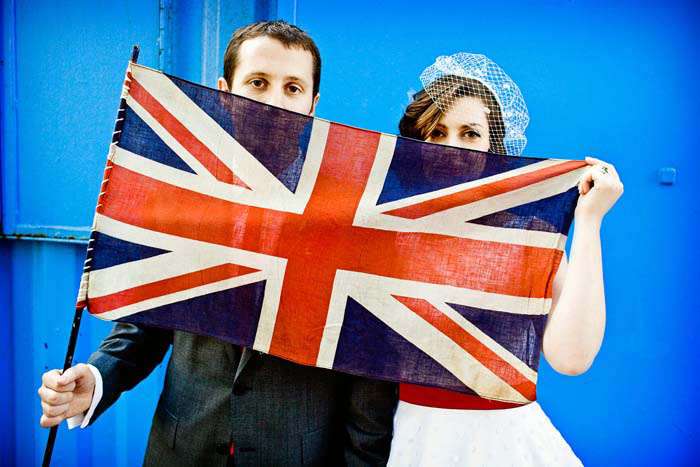 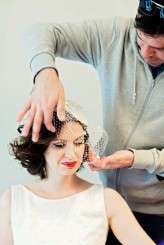 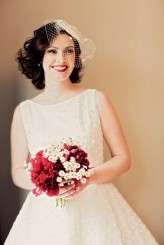 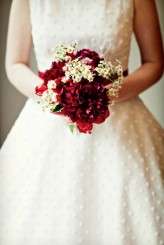 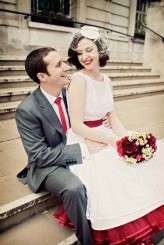 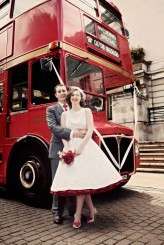 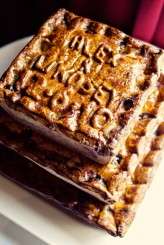 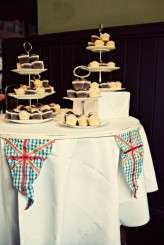 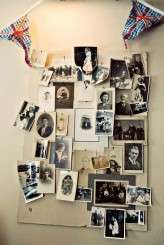 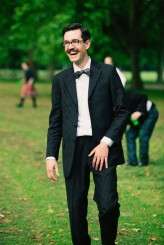 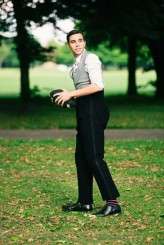 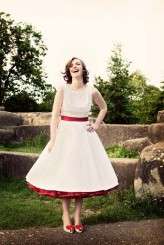 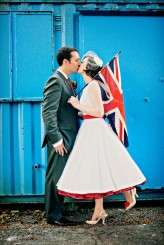 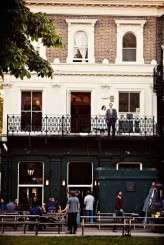 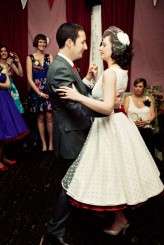