Fanni & Ben got married in April at Cripps Barn in Gloucestershire. Bored by the usual wedding stuff they found in magazines and at wedding shows, the pair turned to the internet for inspiration and luckily for them stumbled upon not only Rock n Roll Bride but a plethora of amazing ideas via some awesome American wedding blogs. “Back at the drawing board, I found myself scanning an array of American wedding blogs. All of which featured jaw-droppingly gorgeous weddings that looked amazing but had little or no information about weddings in the UK, and then I stumbled across your site!” Fanni told me “From that day on, Rock n Roll Bride truly was a breath of fresh air for me from everything else I had seen out there previously. Your site was reassuring that we didn’t have to be confined to the norm or do things a certain way because it was tradition. Our wedding was our day, our way. We wanted our guests to have the best time and not be left thinking that they were just at….’another textbook wedding.’ So, with much planning and evenings spent beavering away we managed to pull it all together.”

Ben is in a band so they wanted to make music a bit part of their day. Ben organised all the music and included everything they love – from modern rock songs played as string quartet versions (for while guests arrived) to the song that Fanni walked down the aisle to, which was ‘One day like this’ by Elbow. Their ceremony song was ‘When I’m 64’ by the Beatles, “which was rather unusual” Fanni said “but our guests fully embraced it and sang at the top of their lungs… a truly awesome moment.” 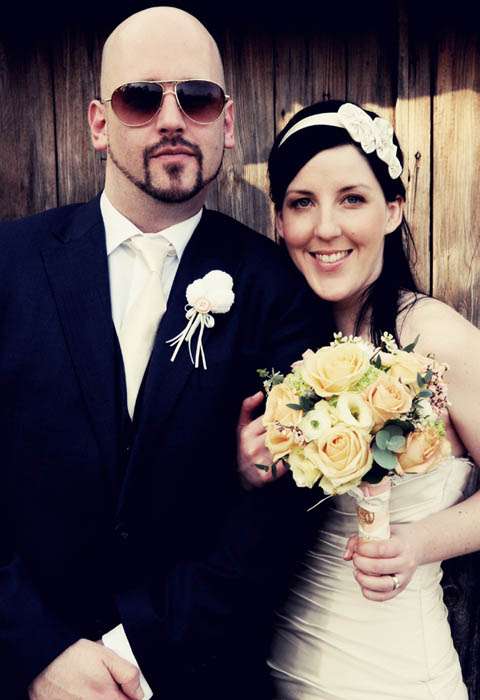 Fanni is a graphic designer so went on a diy mission to make a lot of their wedding herself. She designed and made their save the dates and invitations using fabric and old 7” vinyl records that they found in a local charity shop. She also collected and painted a load of bottles and jam jars for the centrepieces. With the help of her chief bridesmaid she even embroidered the table numbers, made woollen and tissue paper pom-poms, groomsmen’s ties, boutonnieres, bunting and baked white chocolate chip cookies which we wrapped up in cotton fabric for the favours.

Fanni scored a bargain on her dress, a one-of-a-kind Alfred Sung that was marked down from £1300 to £325 because it was  the last one of its kind and was about to be discontinued. The customised it a little by removing the train, which she wasn’t keen on, and with the leftover fabric  made her hairpiece as well as Ben’s tie! The bridesmaids were all given a different colour each and were asked to pick their own dress in whatever style they wanted. Fanni then made them small make up bags and hair pieces to match their different dresses.

Wow so much awesome in one wedding huh!? Thanks so much to Fanni & Ben for sharing their fabulous wedding with us today 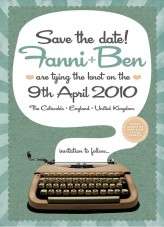 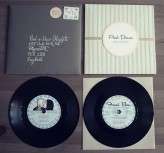 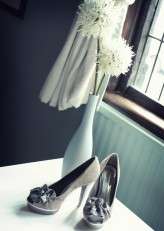 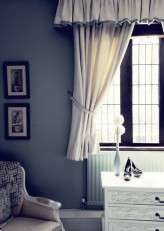 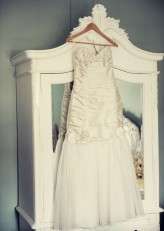 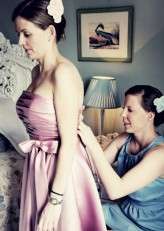 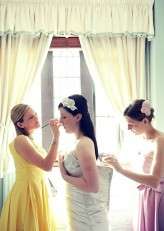 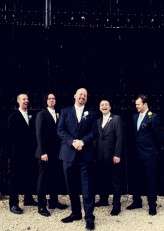 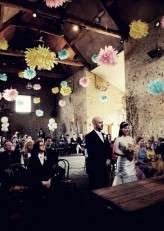 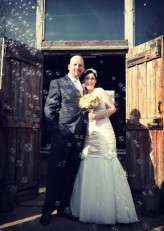 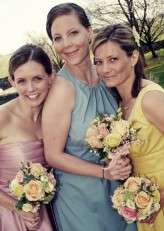 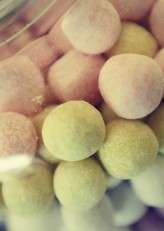 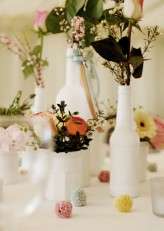 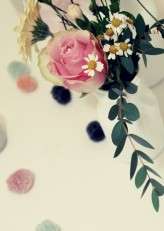 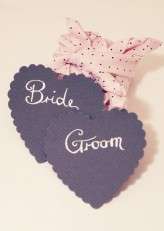 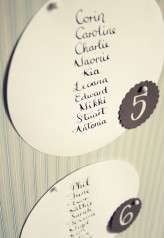 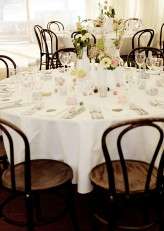 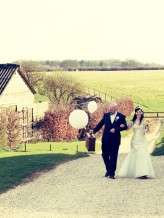 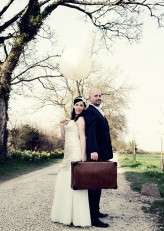 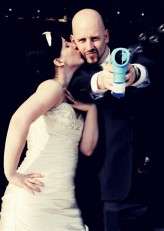 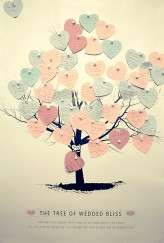 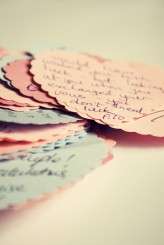 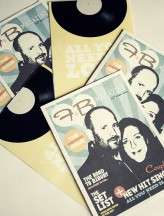