On a cold November Sunday morning a recent bride and her photographer headed down to a skate park for a bridal shoot complete with skateboarders, boys on bikes and a big dog (eek!) She wore her wedding dress which was by Donatella and two different pairs of shoes (no,  not at the same time) which were both from Next. I am particularly loving the bright blue pair which were from their Runway Collection. 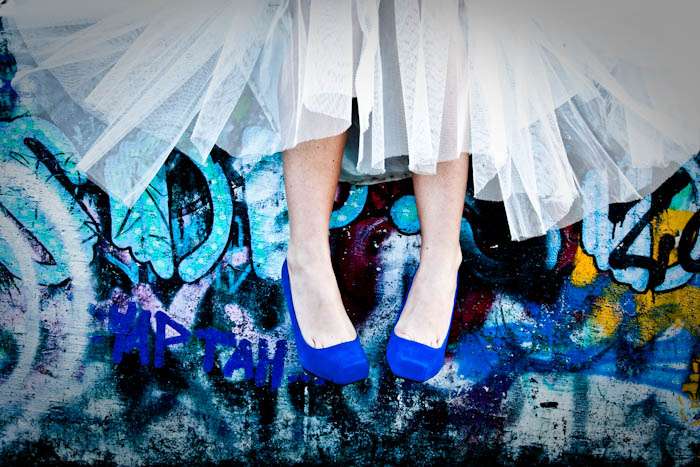 Thanks to Katherine for sharing this shoot 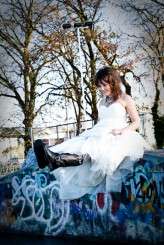 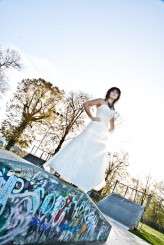 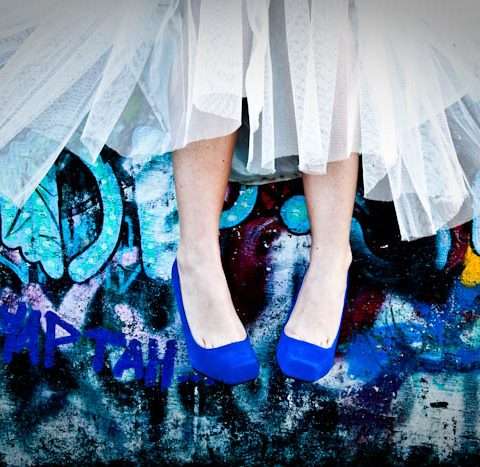 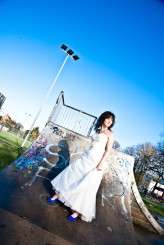 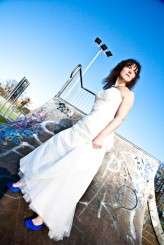 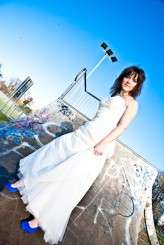 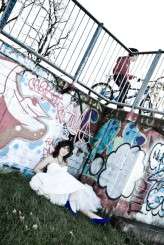 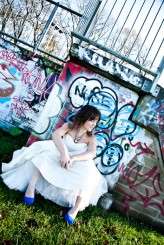 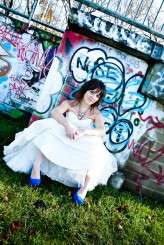 A Black Wedding Dress, Graffiti and Halloween in East London

Ailsa and Ben were married in Shoreditch, London. The bride ditched the traditional white dress, opting for a custom made black one! The wedding was on October 31st, so had a few touches of Halloween, but it wasn't overly themed.

Laid Back, Colourful London Wedding in a Skate Park!

Suzanna and Jake have one of those happily ever after love stories from an American rom-com; they went to school together, and lived on the same street as kids, but didn’t start dating until a mutual friend introduced them when they were 19. They got taking because of a shared interest in Oreo cereal and Southern Comfort and the rest is history!