Ailsa and Ben were married in Shoreditch, London. The bride ditched the traditional white dress, opting for a custom made black one! The wedding was on October 31st, so had a few touches of Halloween, but it wasn’t overly themed.

“The wedding had a general East London vibe with graffiti elements”, began the bride. “Our prominent backdrop for the main room at the reception was a projection of a piece of graffiti that we created in Paris, where Ben proposed exactly one year previously. Our inspiration was our personalities and tastes, and the date – my favourite day is Halloween. We both have a passion for art and graffiti, so we tried to bring than in too. Ultimately the warehouse-style venue looked great as a blank canvas, so we wanted to work with that.” 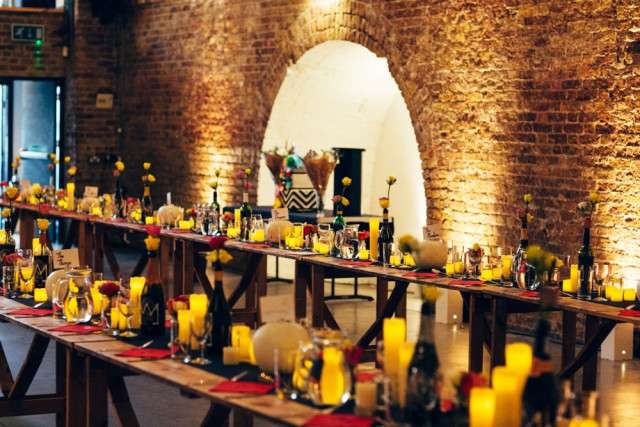 “We’ve received a lot of comments about the individuality of the day – the warehouse venue, the black dress, the Bavarian beer house dining arrangement, the mass-karaoke sing-a-long in the evening. Many people said they’d never been to a wedding like ours, but ultimately we wanted to throw a party to celebrate our love for the fabulous people we have in our lives. In the end our favourite moments were actually the ‘traditional’ elements – the ceremony and the first dance.” 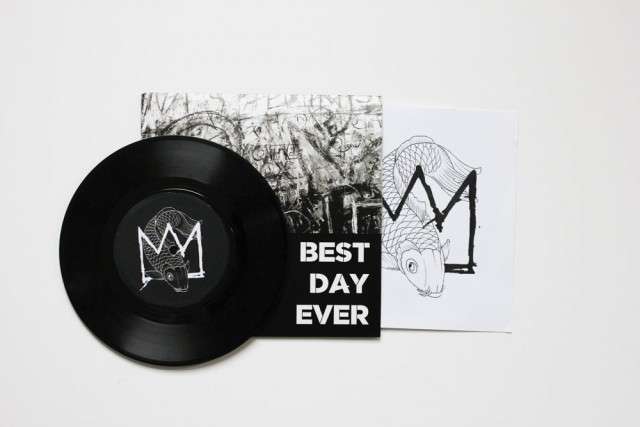 They didn’t go overboard with the DIY, but they did make a few key elements including the flowers, the centrepieces and the projections in each room. “We also designed the wedding logo which was made up of my crown tattoo and Ben’s koi carp sleeve tattoo. We put it on the white bottles, the cake and the 7-inch vinyls which acted as place names/ favours. Each vinyl was picked specifically for each guest, and covered the centre with our sticker so they didn’t know what was on their particular record (we’re still getting texts from people who have only just managed to listen to them!) We then designed our own record sleeve incorporating all the invitation info.” 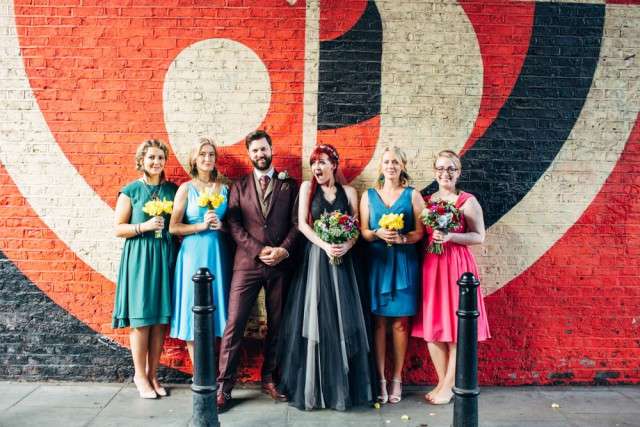 “A really funny moment was the end of the night, walking through Shoreditch at 1am to go back to our hotel. Normally, I think it’d be safe to assume that walking down the street in a wedding dress would garner a small amount of attention. But with it being Halloween night, me being in black, and everybody being pissed, I just looked like I was out on the town and no one was none the wiser. Even the receptionist at the hotel asked, ‘so have you been up to anything fun tonight?’ and we said, ‘Yeah, we got MARRIED!’ He was so embarrassed and gave us a bottle of prosecco so every cloud!” 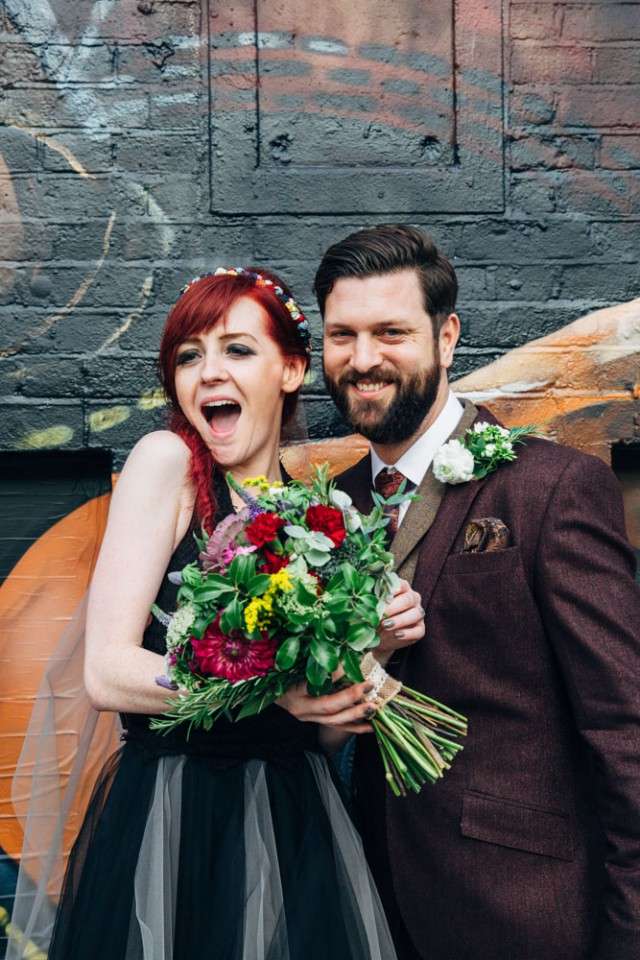 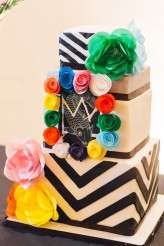 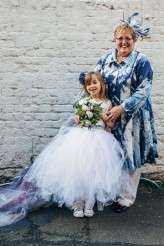 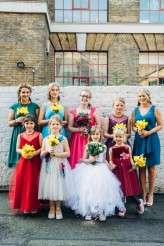 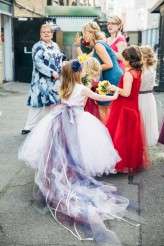 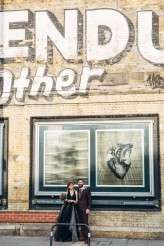 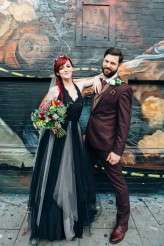 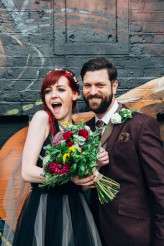 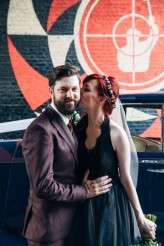 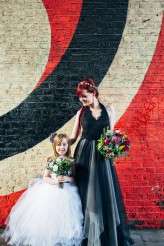 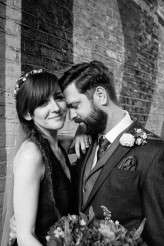 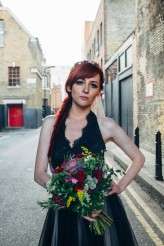 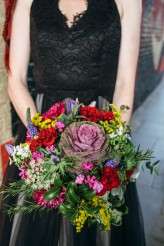 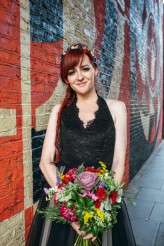