Ooh two fabulous UK weddings in one day – I love it when that happens. Photographer Julia Boggio told me all about the super stylish and super fun wedding of Andrew & Lisa

Andrew and Lisa got married in Brighton in October on a very sunny day at the Hotel Du Vin. The hotel held special significance for the bride because, when it was a pub many years ago, her grandparents used to leave her father as a boy sitting outside with a Coke and some chips to keep him busy while they had a pint with their mates. Thus the picture of her dad with the chips and the Coke! Good photography was extremely important to Andrew and Lisa, who is a graphic designer. Having seen some of my previous work, they had some ideas about stuff they’d like to do; for example, with one of my previous couples, I got them to stand in a shop window. Lisa and Andrew liked this so much that they asked a nearby shop if they could do the same thing. The image of them sitting in the bathtub in the Fired Earth window was the result.  Also, for the group shot, they brought loads of props along so we could head down to the beach for some fun. His father cagily told us he would meet us down on the beach and disappeared for a bit. He found us fifteen minutes later, having changed into typical British beach-going wear, complete with hanky tied over his head. Everything about this wedding was great fun! 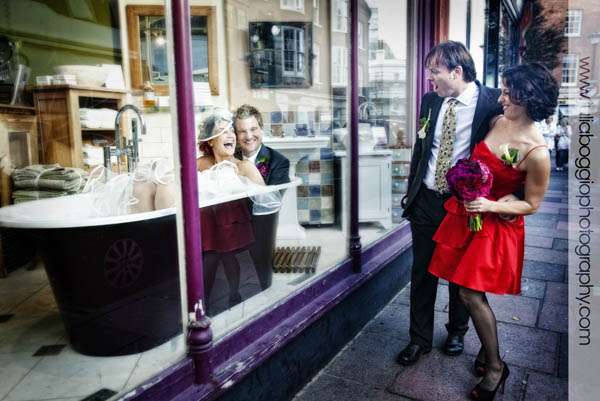 Thanks to Julia for sharing this funky, British wedding with us today 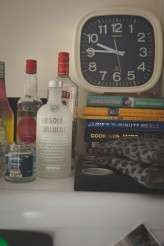 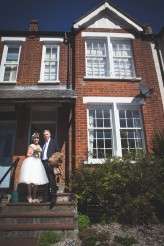 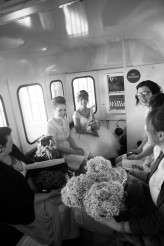 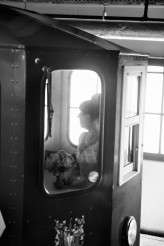 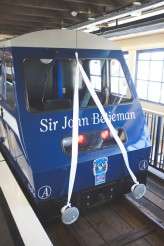 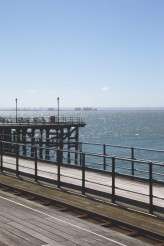 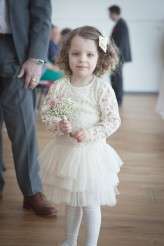 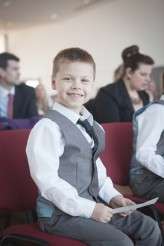 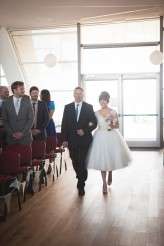 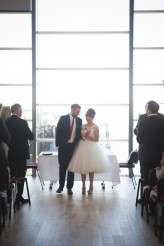 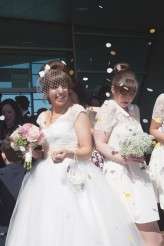 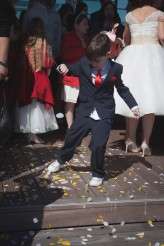 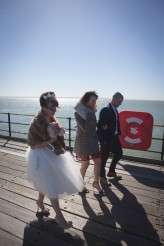 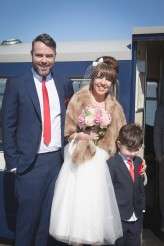 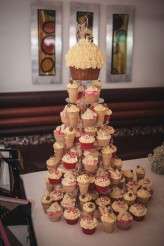 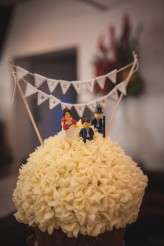 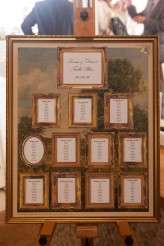 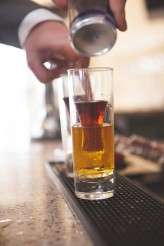 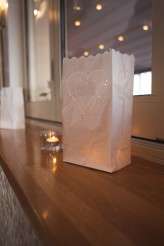 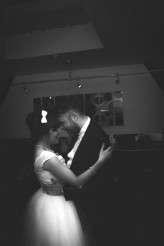 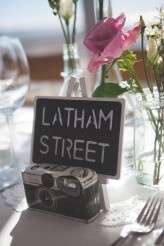