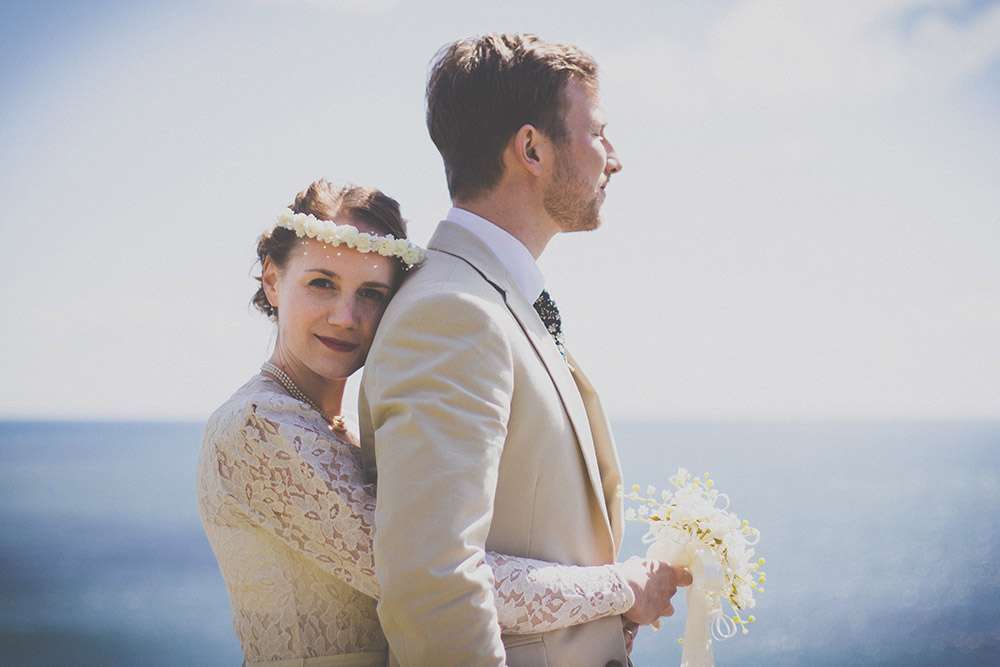 I’m not really supposed to have favourites, but Betty might just be one of the most beautiful and radiant brides I’ve ever seen… I am totally smitten with her 1940s vintage lace dress (bought on eBay for £40!) and that adorable white faux flower crown and simple bouquet combo. Total perfection. She married Johnny in Cornwall during April and the wedding only cost £5000. 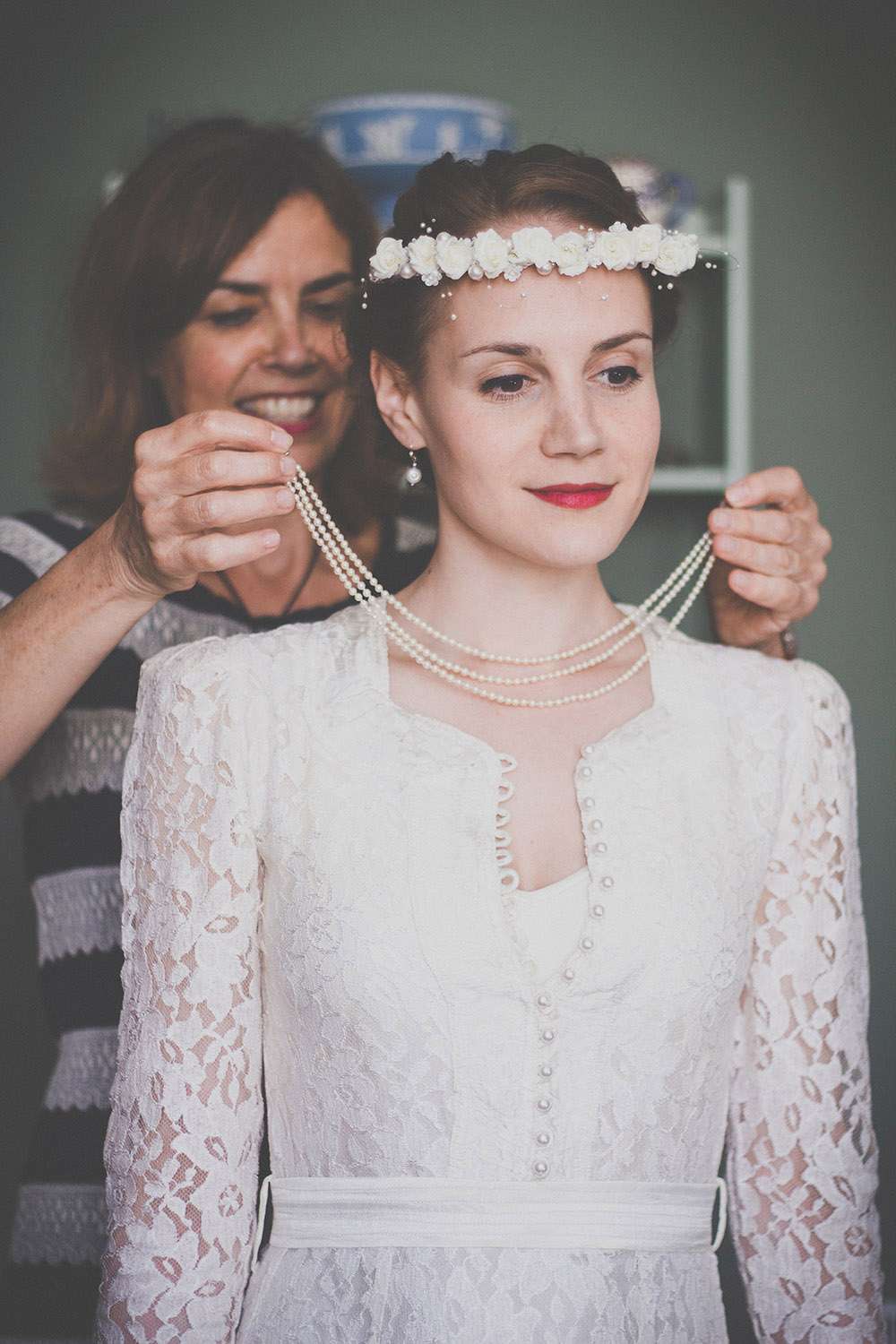 “We met seven years ago at university, while studying down in Cornwall”, began Betty. “Once we’d both graduated, we decided to stay in this gorgeous county and bed our roots here. Six months ago we had a baby, George Buddy, and we really wanted him to be a big part of the wedding and celebrate our little family. We really wanted the wedding to show off Cornwall in its best light and so avoided the hotel/town hall venue route and instead settled on the most Southerly point in Britain, the Lizard. When walking our dog down on the Lizard, we fell in love with a lighthouse down on the point, overlooking the cliffs. We were overjoyed when we found we could book it as our venue through the YHA and National Trust.” 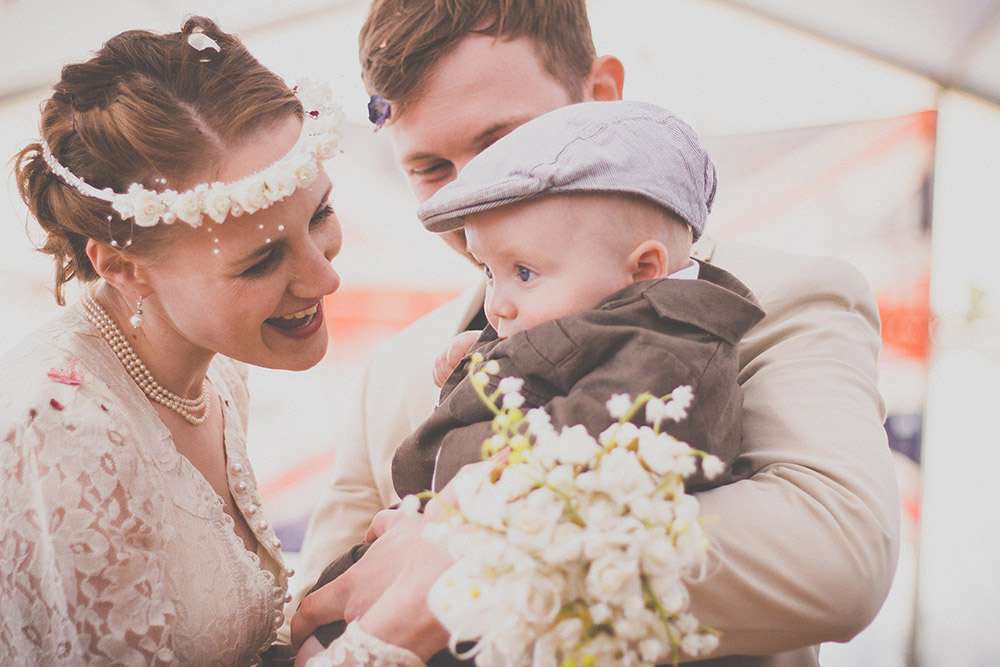 “Our wedding was a year and half in the planning and as we developed ideas, we found that we really wanted to go with a casual, festival vibe that draws on Cornwall’s coastal, nautical, seaside setting”, she continued. “We feel this was embodied with our décor and cake. To incorporate the nautical theme, I wanted a wedding cake that looked like a sandcastle! We are lucky enough to have some incredibly talented friends, one of who’s a patisserie chef. I showed him some pictures and he did an amazing job bringing them to life. The icing was made from crushed digestive biscuit and coconut to look like sand and we had playmobil wedding cake toppers, including a baby George. He also embellished it with seashell chocolates. We decided to forgo the traditional wedding dinner and asked guests to bring food and drink to contribute to a buffet. It worked a treat and we ended up with mountains of delicious food.” 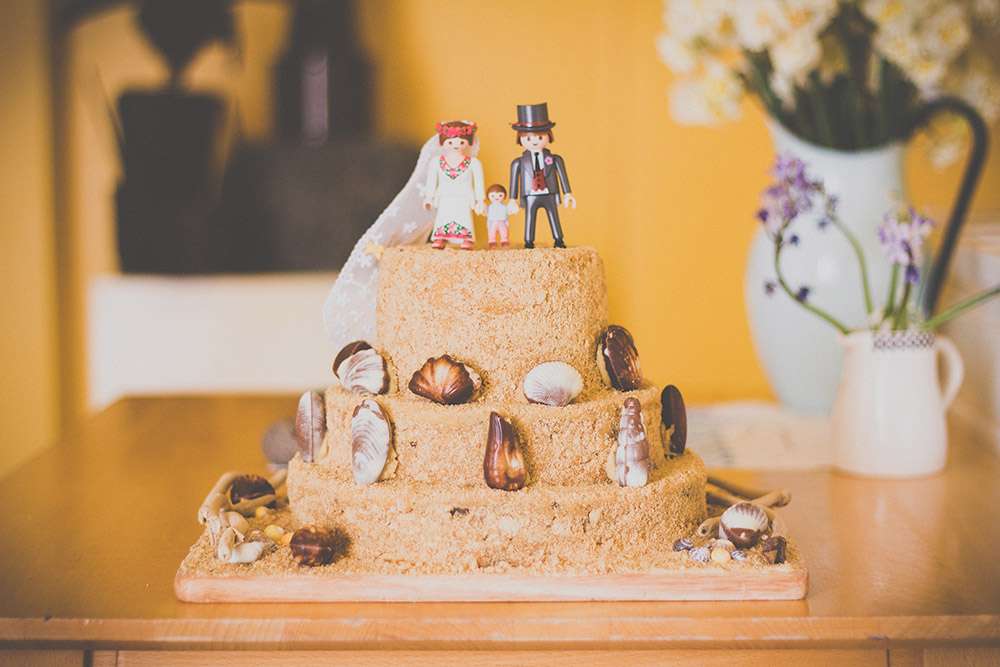 “We were working to a very tight budget of just £5000 and by far the largest costs were the hire of the hostel and its grounds and the marquee and its facilities. As we were decorating it all ourselves, and asking friends and family to provide the food, we budgeted for live music, rather than a DJ. It was important to us to keep the music live and upbeat to really get family and friends on the dance floor.” 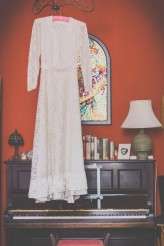 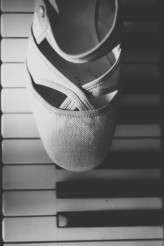 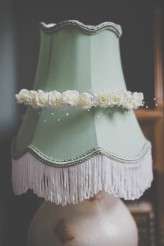 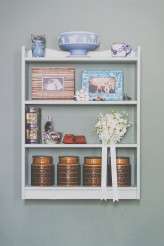 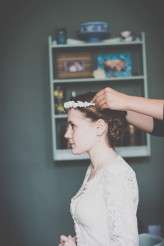 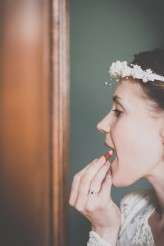 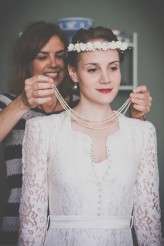 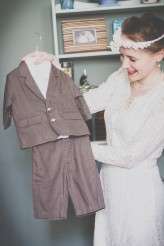 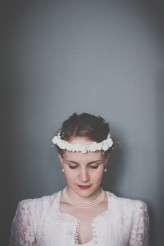 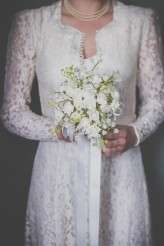 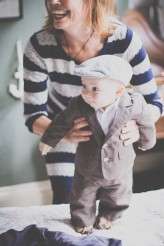 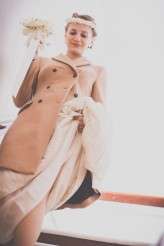 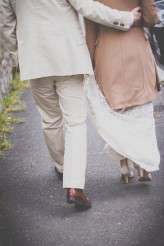 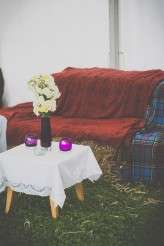 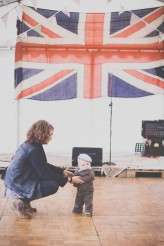 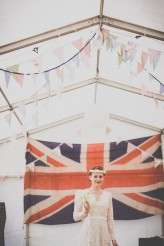 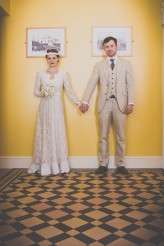 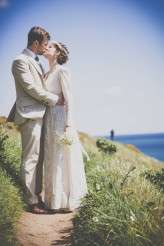 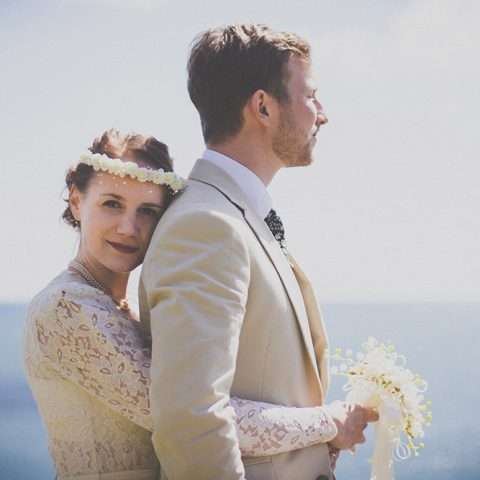 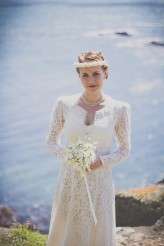 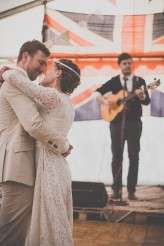 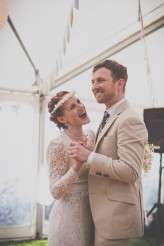 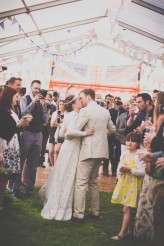 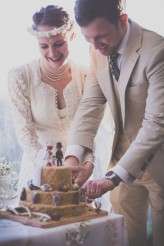 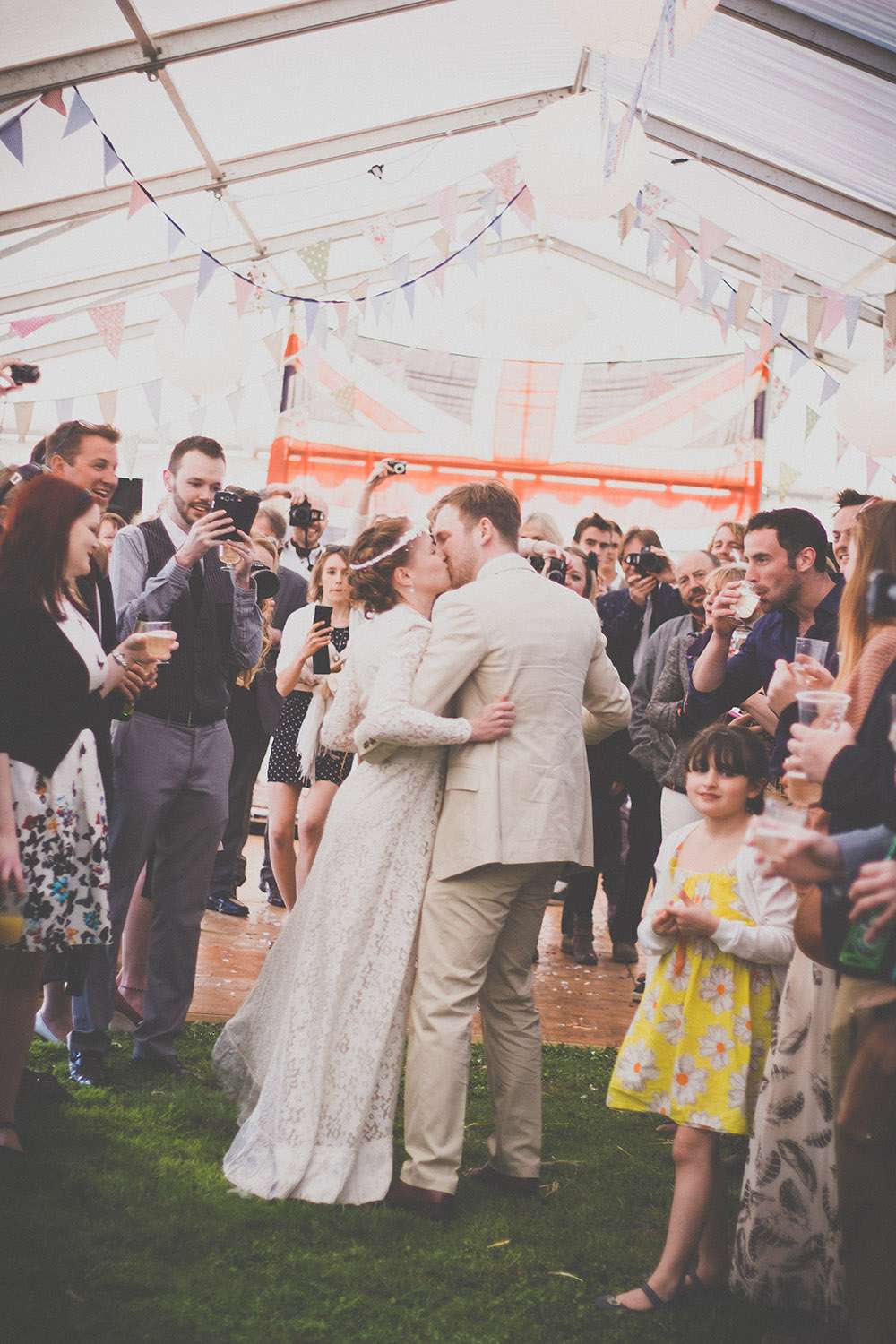 A campsite in Wales played host to Maria & Chris' fabulous wedding. With the help of their friends & family the couple pulled a lot of the wedding together themselves. The flowers played a huge part in the styling of their day as Maria explained, "For the flowers I wanted it to look as though we had picked them all from the fields that morning and used whatever we had lying around to put them in. We had been collecting vintage china for some time and used the various jugs, bowls and cups & saucers for the flowers on the tables. The campsite also had some rustic enamel jugs that we used too. Some of these Flowers I had ordered from the florist (Peonies, Cornflower, Lavender, Margharites etc) but the rest my Mum, her neighbour and my Auntie's had brought with them from their gardens! The Tipi was decorated with ribbon and Ivy from my Parent's garden too."