This sounds like a wedding I am going to love! The wedding will be taking place in July (eek, so soon) and the couple have planned to do everything themselves from from making the decorations, Jenn’s veil and even baking their own cakes – proper DIY!  The theme they are going with will be based on “vintage vacation”, with a western cowboy twist..I can’t wait!

Jenn is also a photographer herself, so be sure to check out her blog & etsy site too! 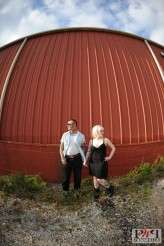 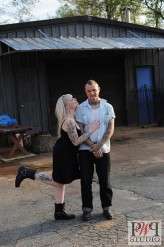 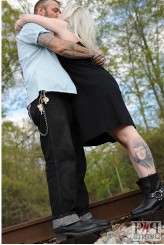 I've got a double dose of the gorgeous Elodie & Alexis today, starting with their incredible engagement shoot. Shot by film-loving photographer Ashton Jean-Pierre, this stylish couple flew him from London to Normandy, France to shoot their engagement and wedding. Ashton is deaf as are both Elodie & Alexis. They found Ashton at World Deaf Art Festival in Reims, near Paris, last Summer. Elodie also happens to be a Rock n Roll Bride fan, hurrah! As soon as they met, they knew Ashton was the perfect wedding photographer for them. After 10 months of communicating via email it was finally time to shoot!