This could be one of the most naturally stunning Bride’s I’ve ever featured. I say could because I seem to say stuff like this a lot and I really don’t want to go back and find another post where I’ve said exactly the same thing…I’d look like a fool!…and I’m a chicken like that.  But anyway, you see what I mean right?

The gorgeous photography is actually amazing here.  The light, the dark, the shadows and the sunshine…stunning.  Wow 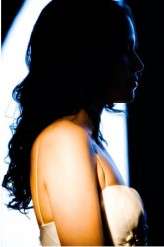 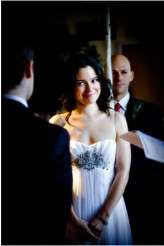 And The Bridesmaids Wore White

Hands up if you love a little bit of sparkle and a lot of rainbow? Then prepare to fall in love. Zoe and David's wedding has both coming out the wazoo! They were married in a church but had the reception in David's great aunt's garden.