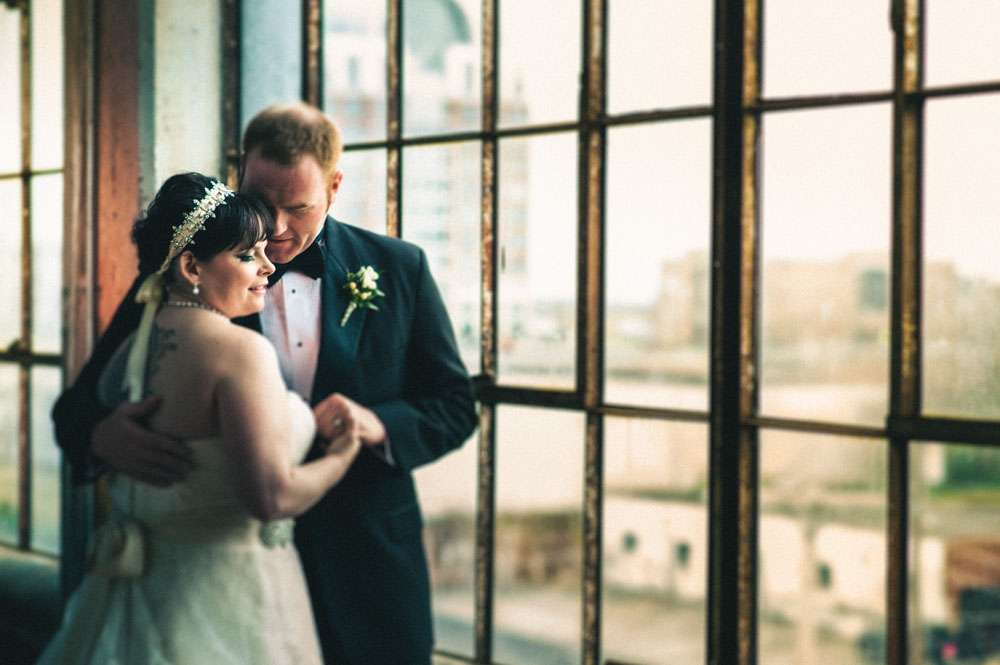 Ben and Ashleigh wanted a wedding unlike any they’ve ever been to before. They wanted sparkle, they wanted drama and they wanted all their favourite food! They reception was held at The Lofts at Union Square, North Carolina.

“The overall vibe for the wedding was LOVE + some tradition + disco balls + glitter + music + sequins and sparkle + DANCING!” began the bride. “The inspiration was ourselves… we wanted guests to really feel the elements of each of us a person and hope that our essence came out in the details that people got to share with us.” 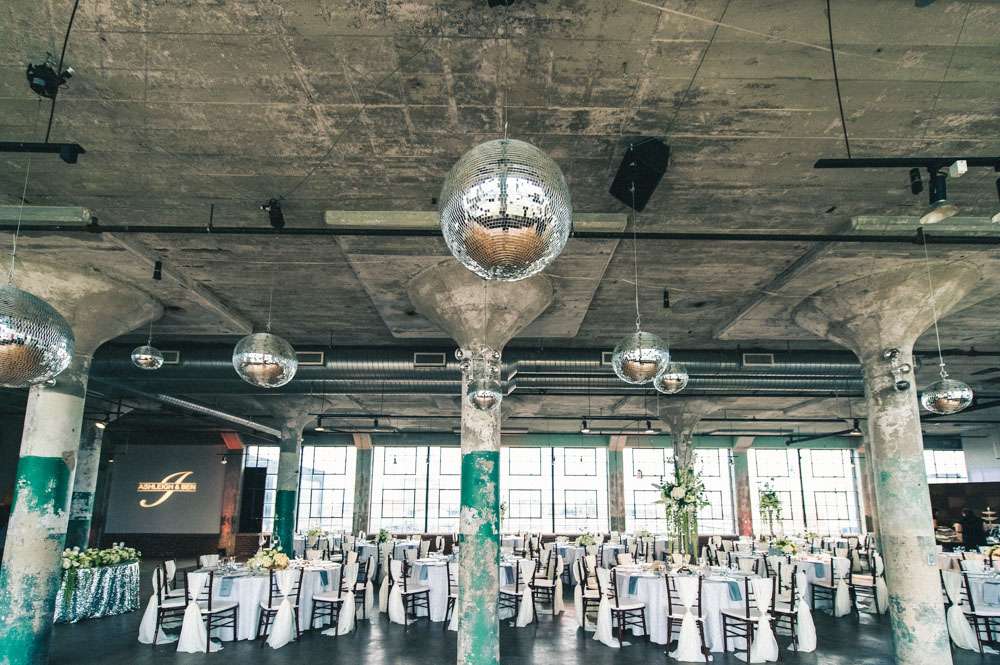 “A lot of the food we served was a nod to our first dates. He took me to an Asian fusion restaurant on our first date so we had an Asian station that had take out boxes that they could mix and match the toppings and I had saved the exact fortune cookie from that date and had it reprinted into a cookie for everyone. The first thing I ever cooked him was scallops so we had large sea scallops as one of our passed appetizers. His favorite food is Mexican so we had a gourmet taco station and my favorite food is seafood so we had a killer raw bar.” 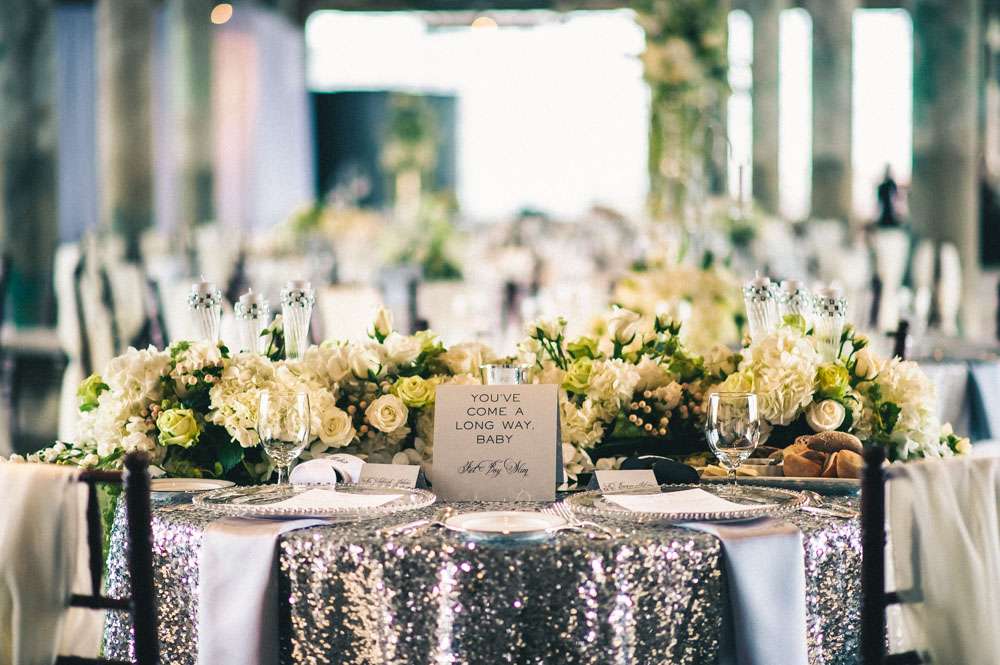 “Instead of doing boring names or numbers we each picked our top 10 albums that changed our life in some way and those were what we used. We also had THE LARGEST DISCO BALL DISPLAY EVER over the dance floor that was the real showstopper. People could not get over the size or how it made the room light up with actual disco balls! We had large sparklers in our cake that were lit right before we cut it that were AH-MAZING!” 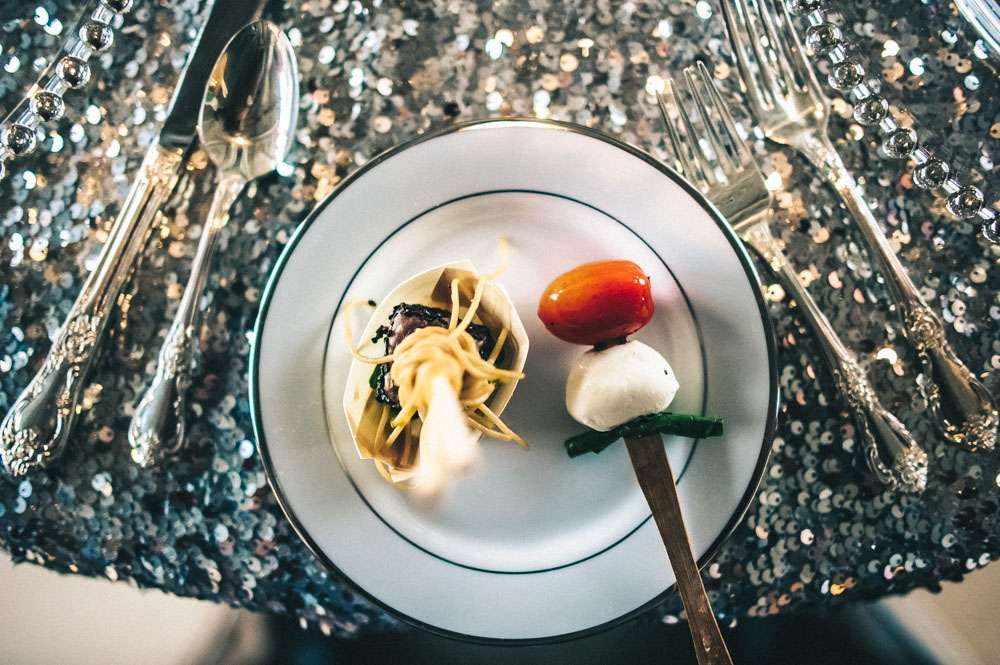 “Although I designed what I wanted myself with input from Ben and our coordinators, I didn’t DIY the major things”, Ashleigh continued. “I decided on the sequin table cloths, the sparklers in the cake, using CD names for the tables, the disco balls, the personalized napkins, and the overall color scheme of white, ivory and sparkle. I own my own printing company and I did print all printed items myself with the exception of the invitations which were letterpressed by Crane.” 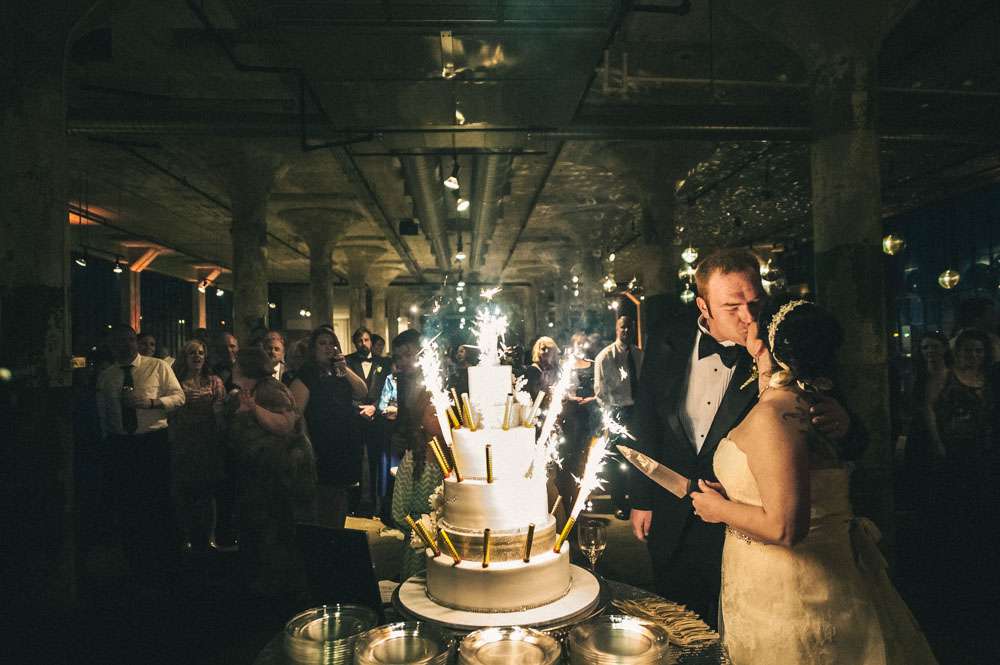 “One of my favorite parts of the day is that Ben and I wrote our own vows”, she concluded. “They were so special. We also did a first look with just the two of us and it was beyond magical. Our advise to other brides and grooms is to be selfish. Now, when we say that, what we mean is to really make that day reflect you and your significant other and to make your decisions based on yourself. If you want to skip the receiving line and stay on the dance floor all night… do it! You will find that everyone will follow your lead and they will end up right next to you. Have fun and do not sweat the small stuff!” 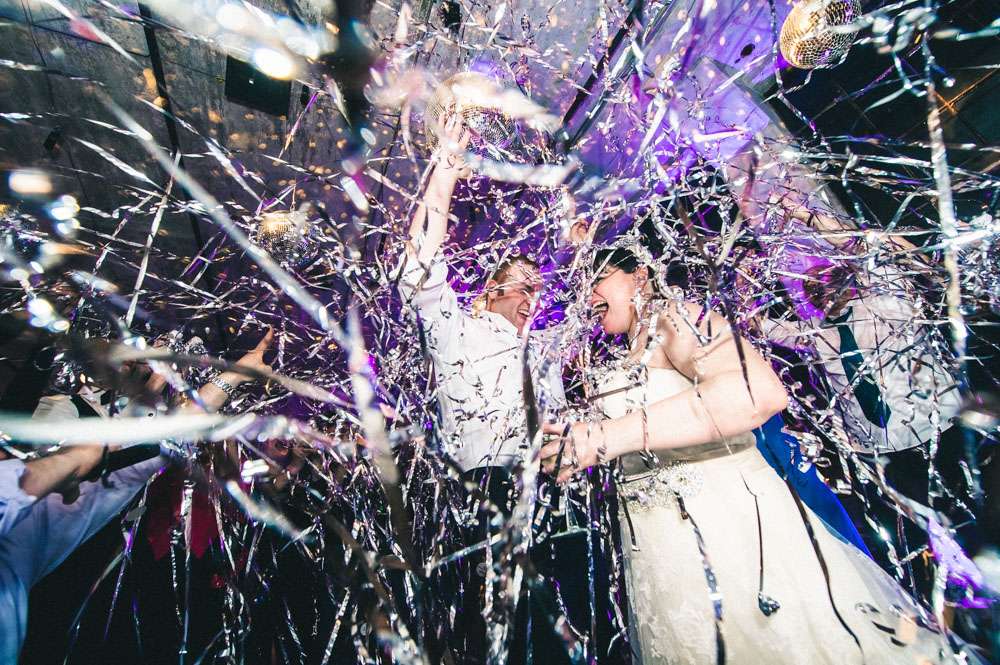 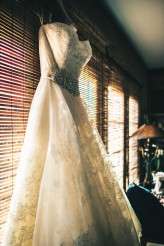 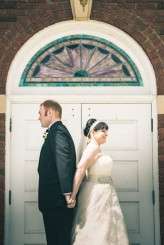 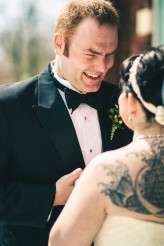 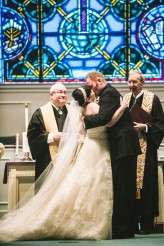 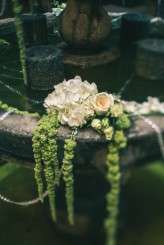 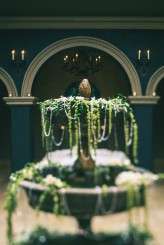 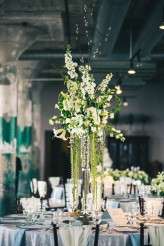 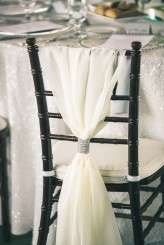 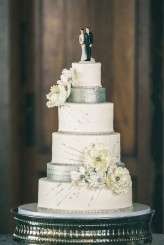 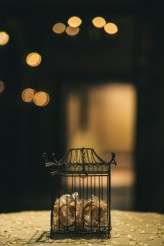 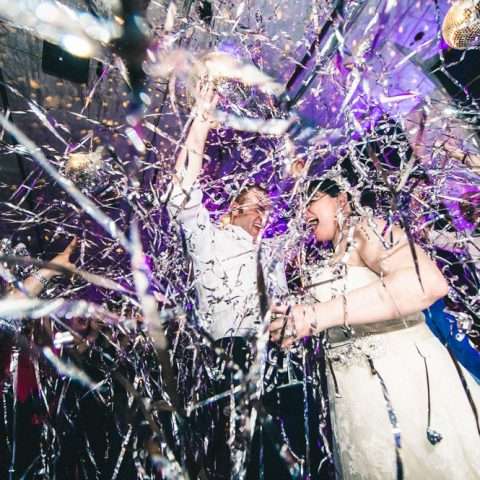