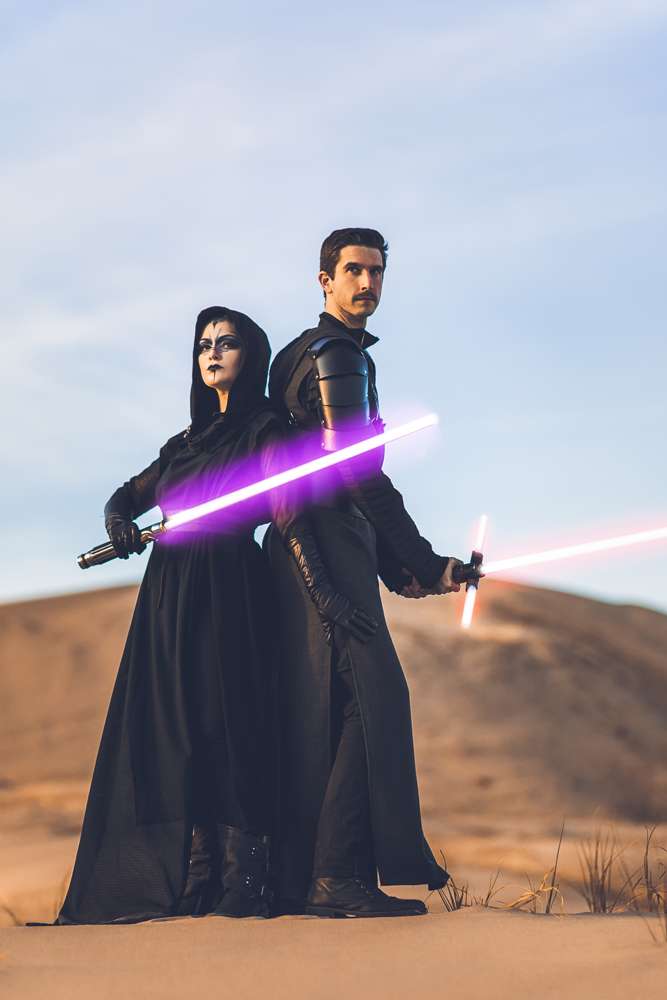 Molly and Christopher’s engagement shoot is just about PERFECT for today’s post, what with it being International Star Wars day and all.

The couple made the costumes themselves! “We are both huge geeks who go to a lot of conventions”, she said,” so it was easy for us to find pieces we already owned to channel some Sith realness.” 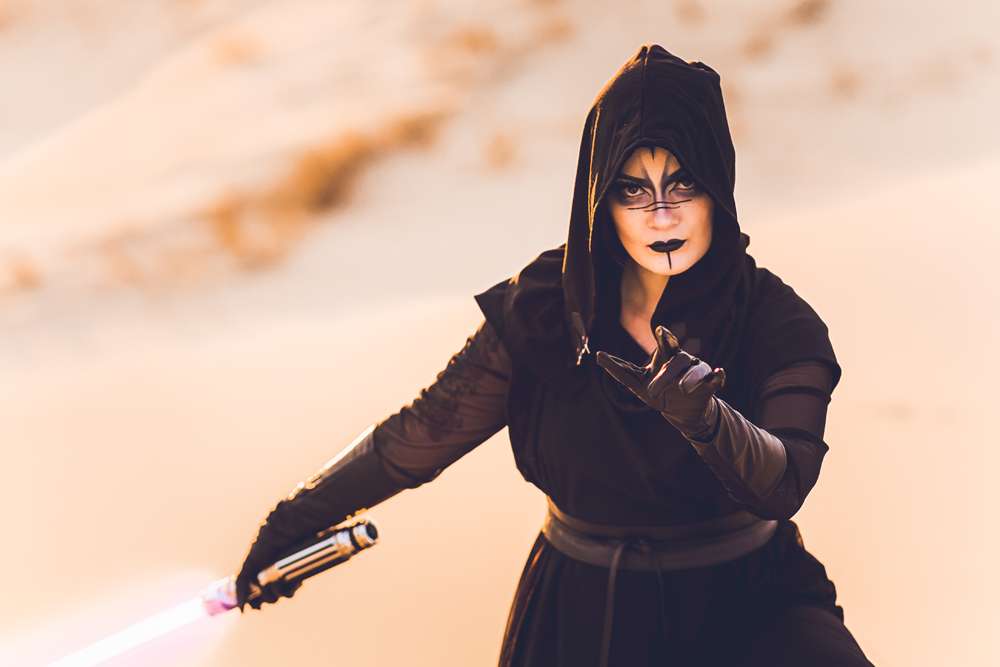 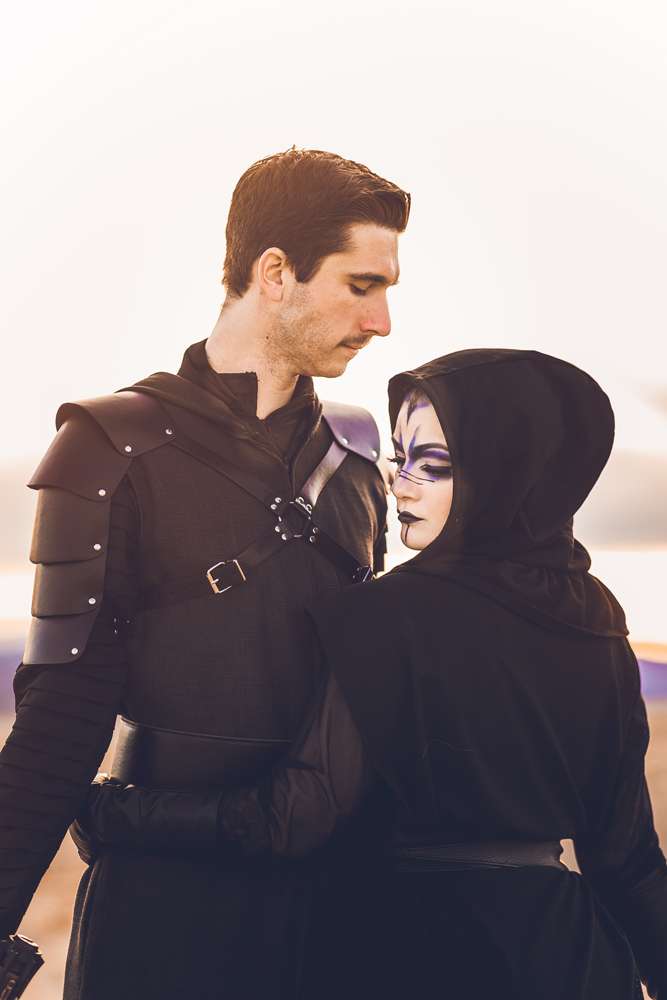 “Chris and I were both HUGE Star Wars fans before we met one another and our love was forged in the fires of our space opera fandom! We met right before the Force Awakens came out (and haven’t seen a Star Wars film in theatres without each other since), the first gift he ever got me was a robotic BB-8, we run an inter-sectional Star Wars Club together (it’s called the Star Wars Dumpster Fire). He also proposed to me with a fan made Star Wars video – perhaps the only proposal video in history where my husband-to-be makes out with my fictional husband (Kylo Ren). So CLEARLY Star Wars is a HUGE through line in our relationship. We wanted to honour that by making our own real life fanfic with our engagement photos!” 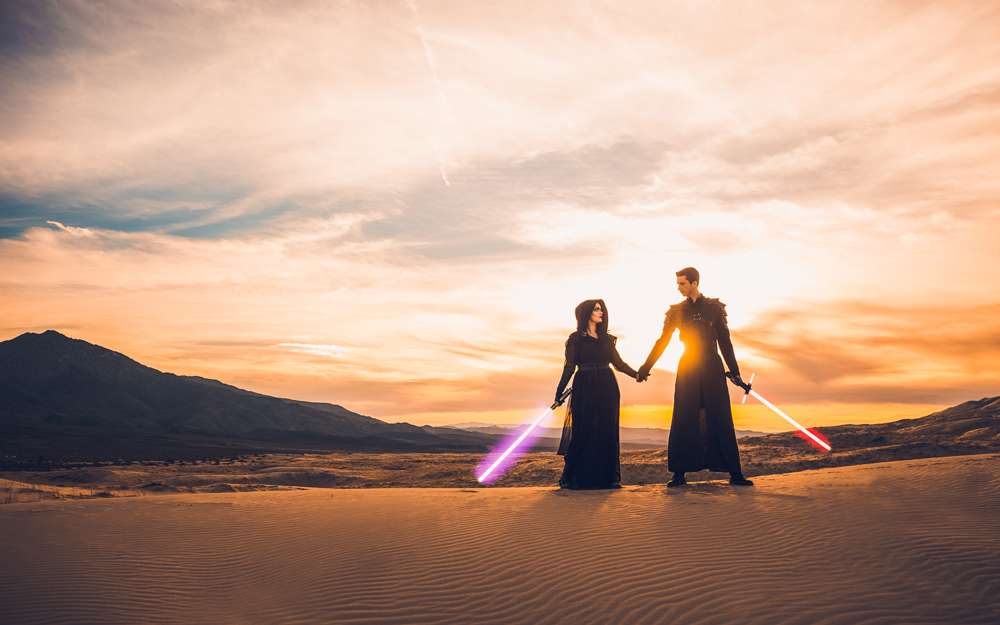 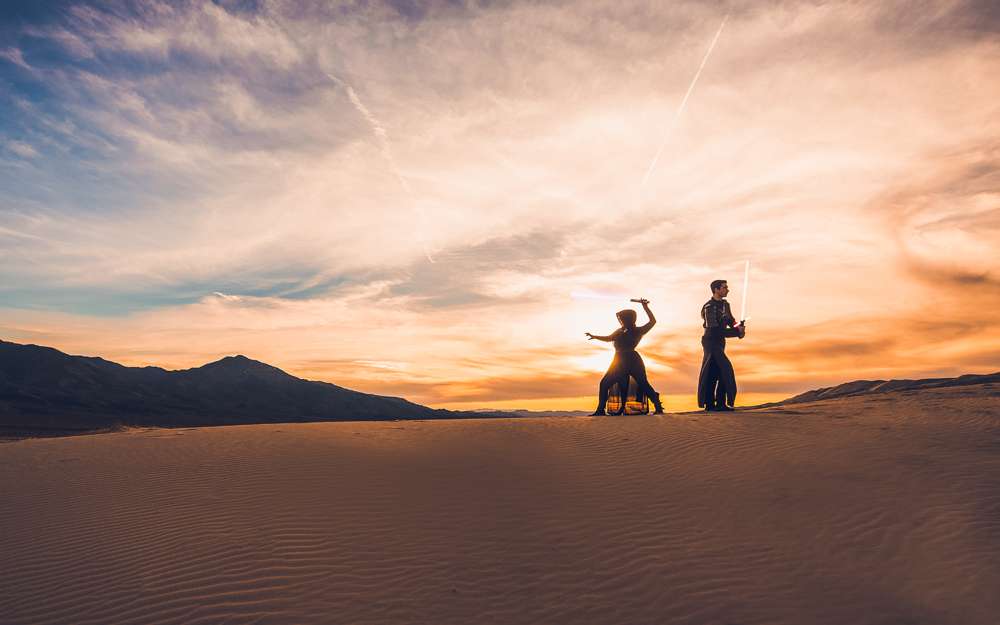 They did the shoot at the Kelso Sand Dunes in Southern California. “It was FREEZING and a LONG, arduous hike, but so worth it!” she remembered. “I’m not sure if many engagement shoots look like promotional shots for a Star Wars film but for us, it was obviously perfect!” 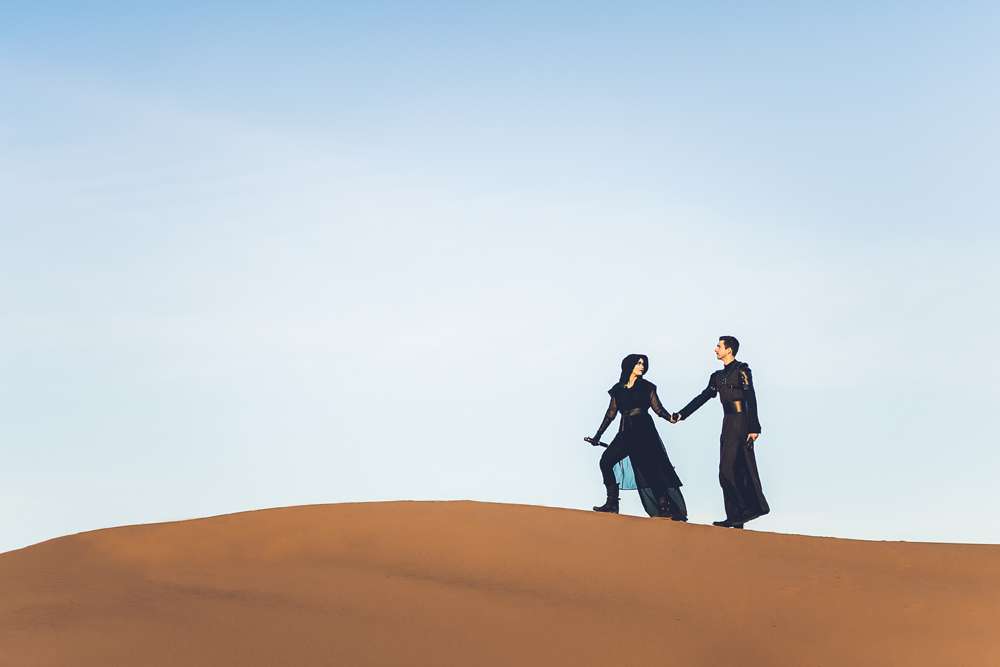 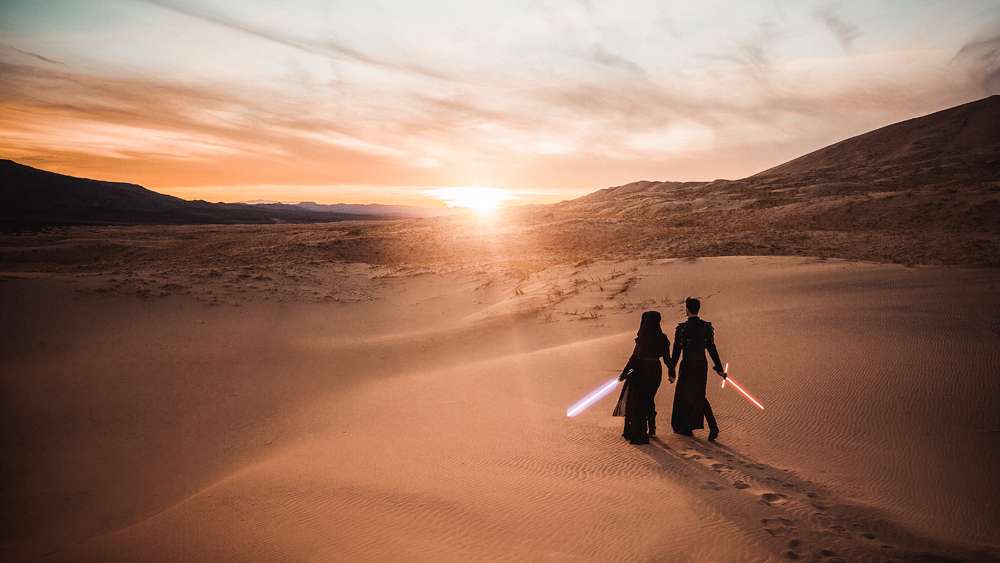 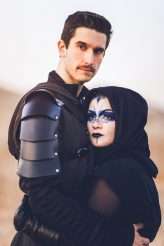 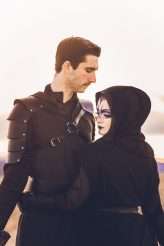 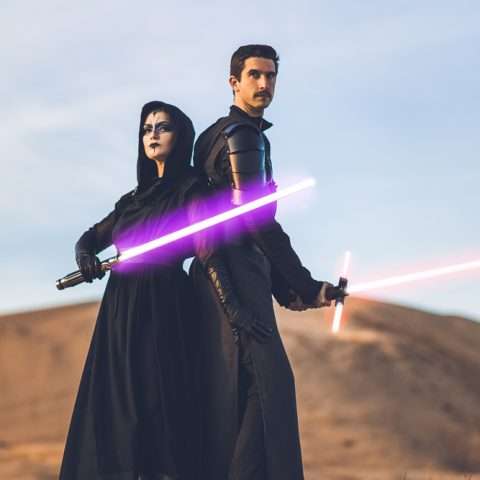 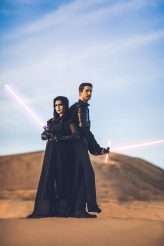 Ash and Nick are both actors who have also had experience in designing, directing and film editing. They knew they wanted to do something funny and creative for their engagement shoot, rather than the standard cheesy hug-each-other-and-smile-in-a-dreamy-field kind of pictures. Massive horror and Halloween fans too, the idea of recreating some of their favourite TV and movie scenes fell into place after that!