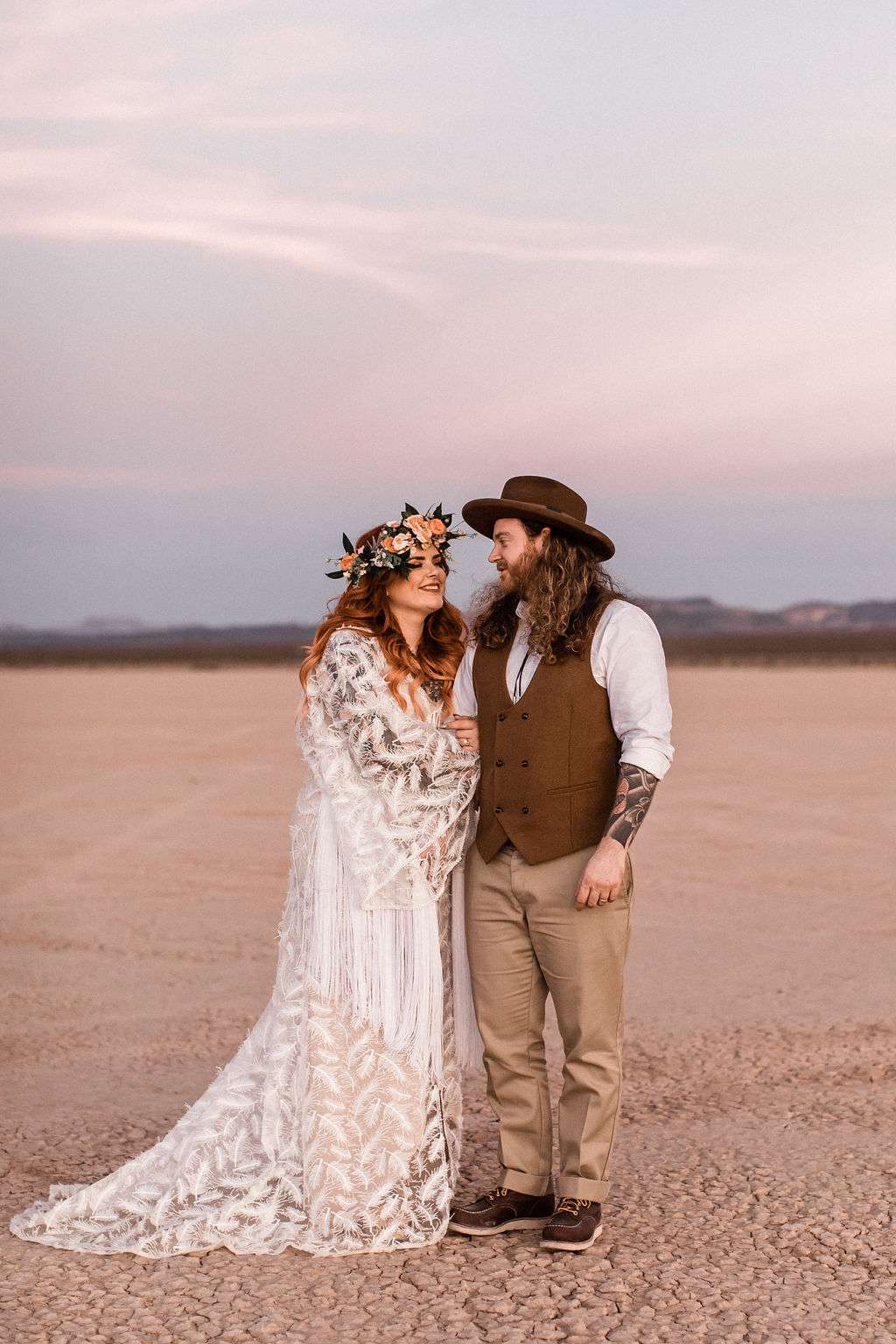 When Brit and Joe decided to get married, they knew pretty quickly that a big wedding was not going to be for them. So, they decided to scrap their plans for a big wedding back home in England, and flew to sin City with their nearest and dearest instead. They really just wanted a laid back day where they could feel like themselves, get some great photos and eat pizza! 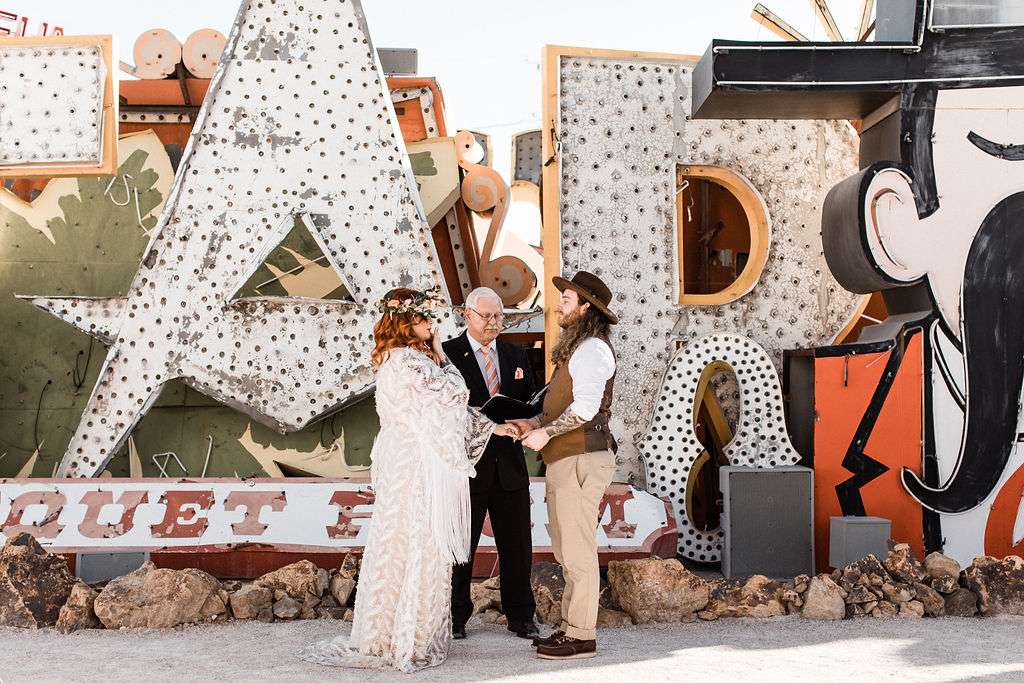 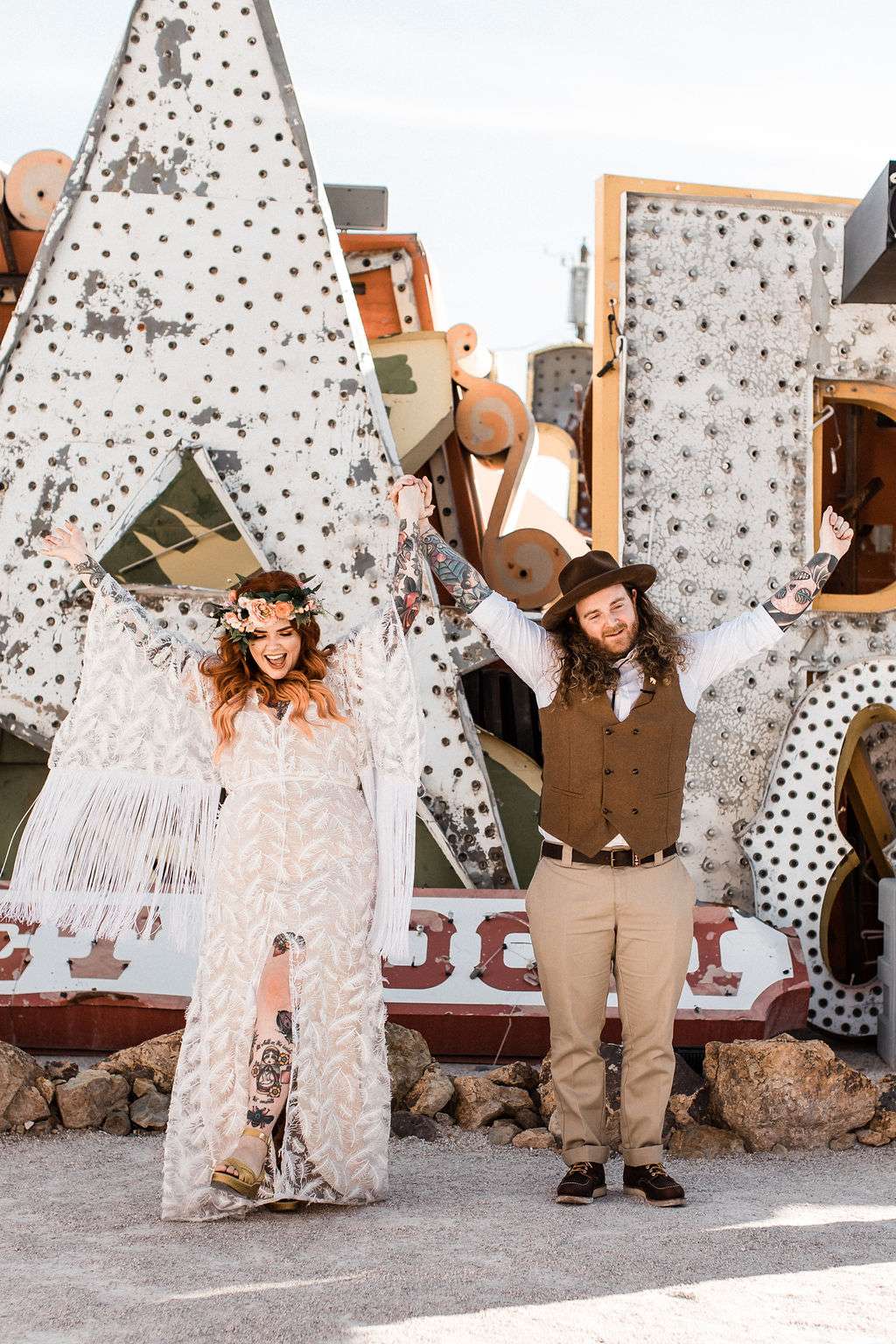 “We didn’t really set a budget”, began Brit, “But we didn’t want to spends loads either. We actually booked and planned a wedding in the UK, even though we wanted to go away and do it, but I think we were doing it for others and not ourselves. We then realised a big expensive wedding wasn’t what we wanted at all so we cancelled everything and and booked a three week trip to Vegas, LA and San Francisco.” 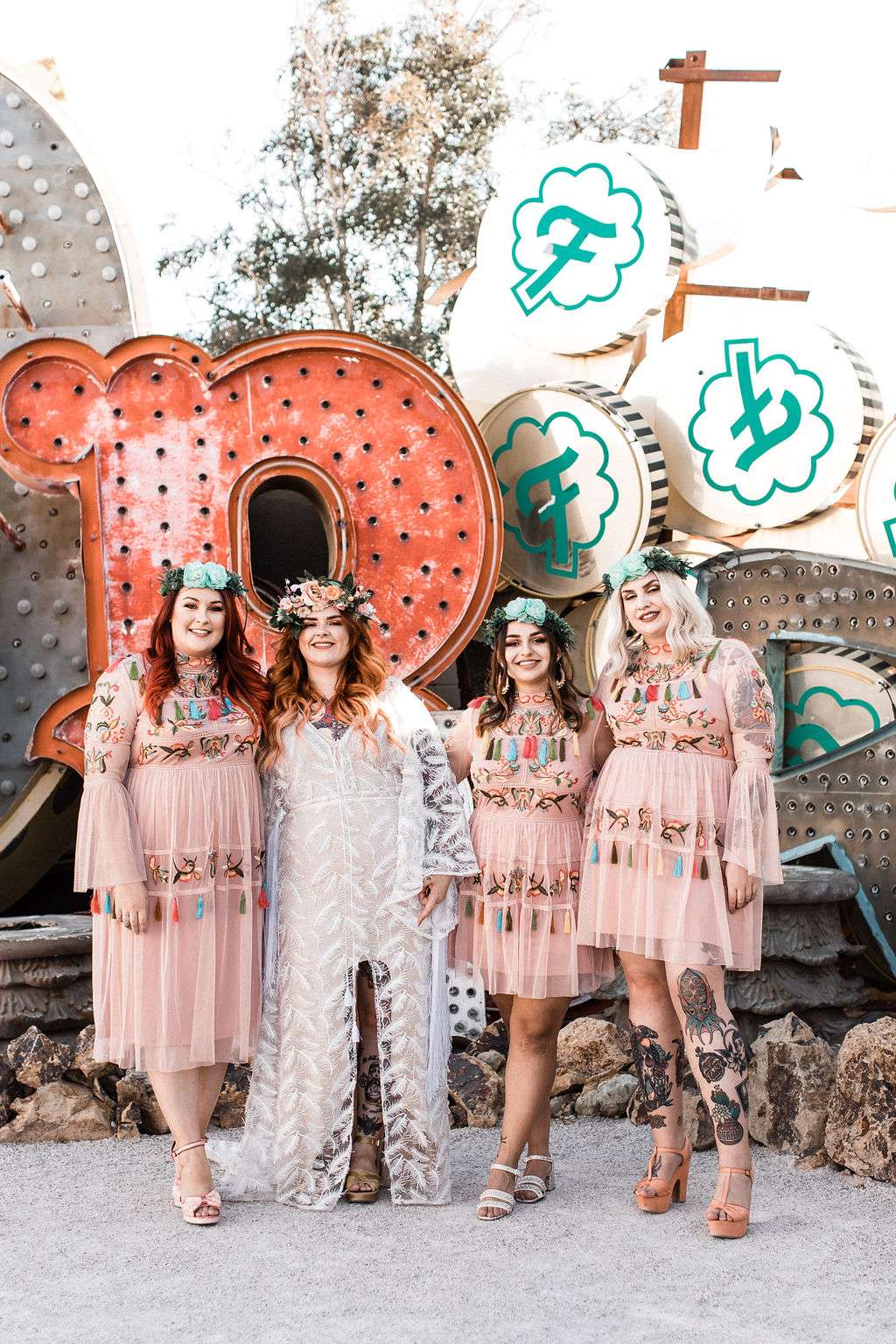 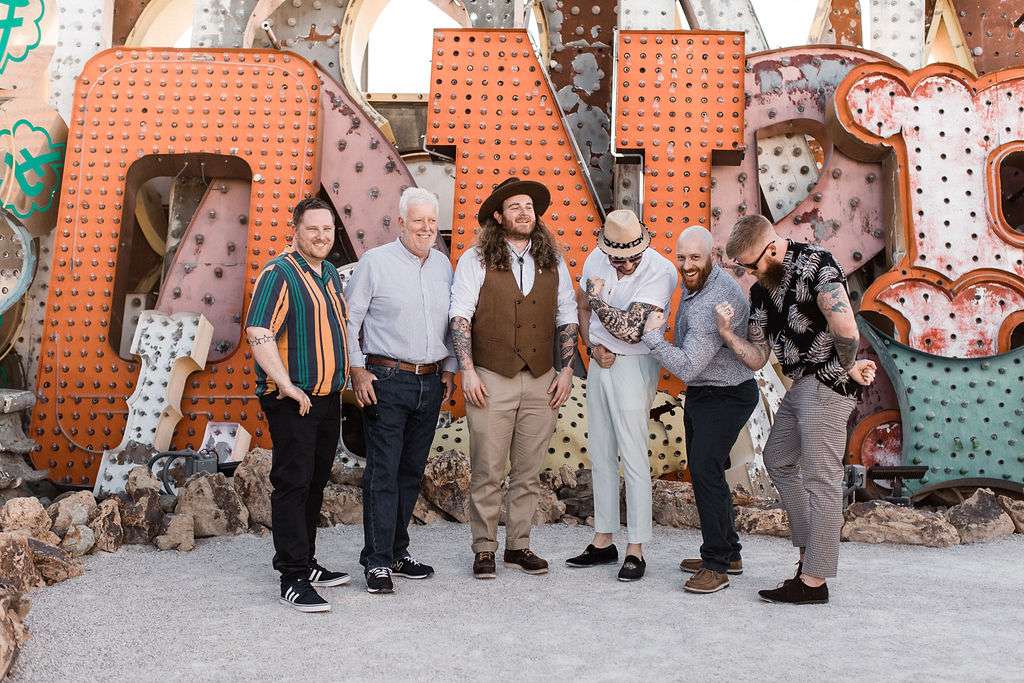 Their ceremony was the main focus of the day and they opted for the Neon Graveyard as their location. Afterwards they simply booked the outdoor seating and bar area for a few hours at a pizza place called Evel Pie. “It was awesome and really punk with cool Evel Knievel memorabilia and neon signs everywhere. It was perfect, plus pizza is our favourite food!” 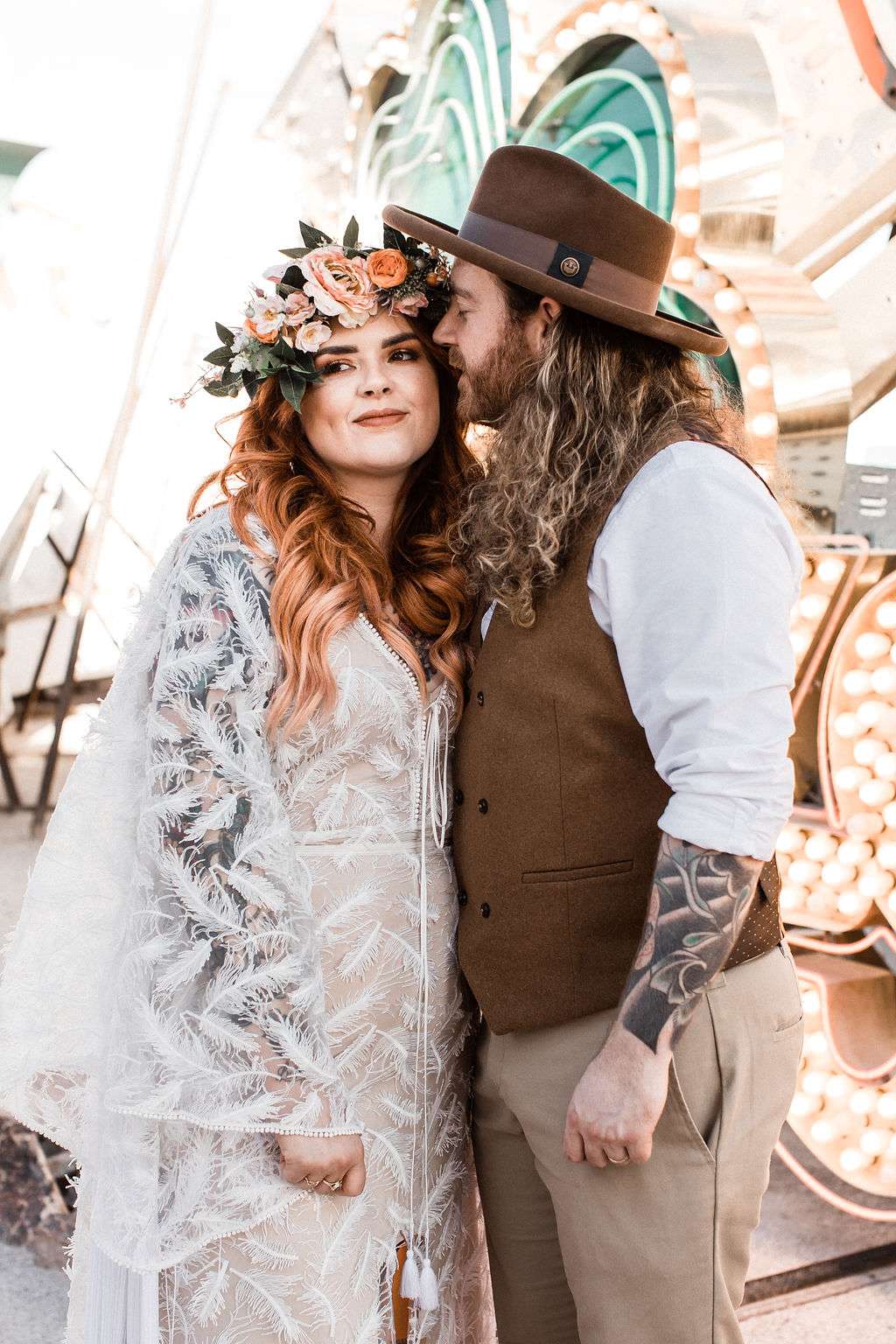 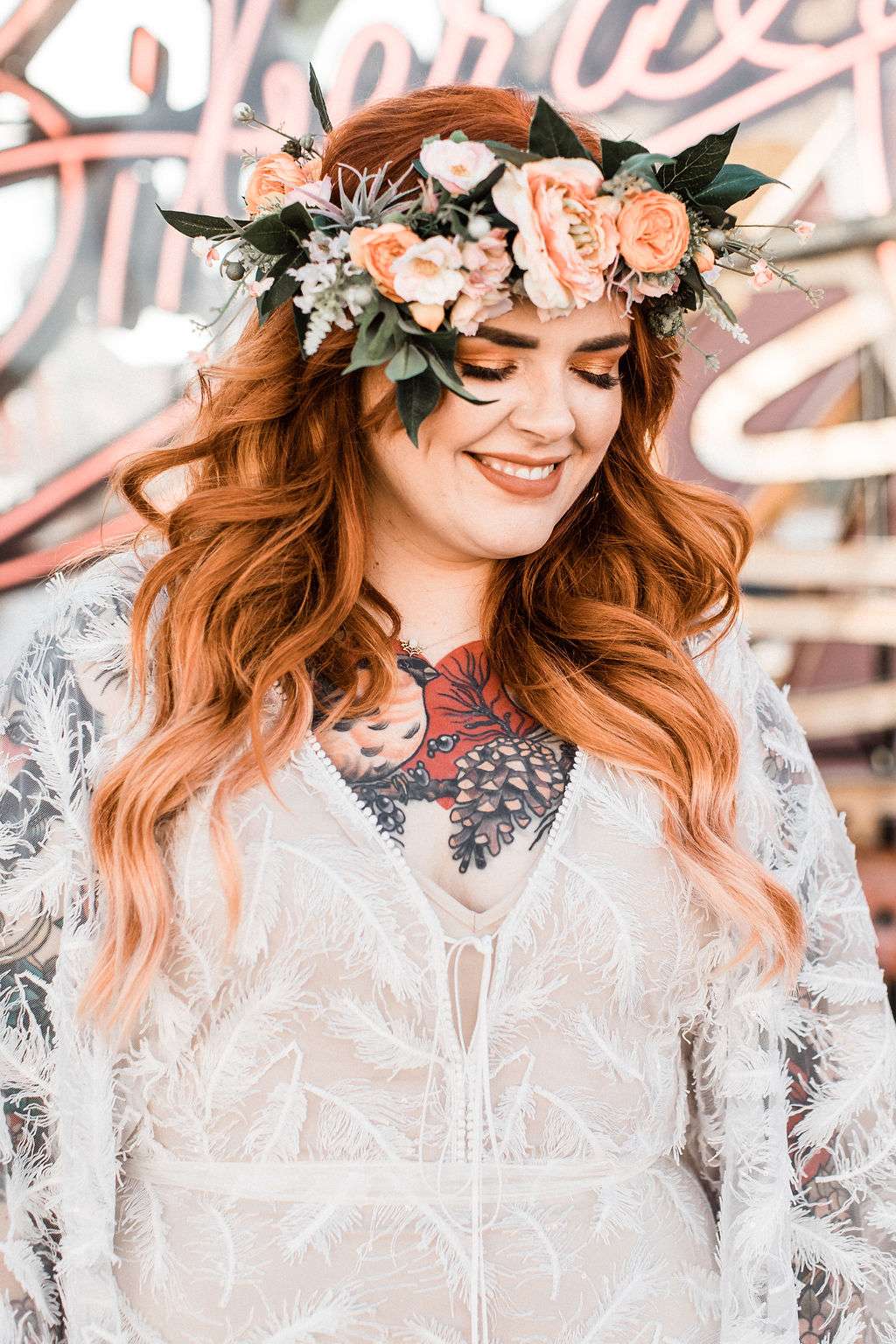 “We just did what we wanted to do” she continued, “and we picked things that felt right. The ceremony was really personal to us. The vows pastor Pete gave us were about us, and my sister’s reading was unique to us. I always wanted to go away and get married but we got totally caught up in this expensive wedding at home that we wouldn’t of been able to pay for. As soon as we realised it wasn’t worth the stress or money, it all fell into place. The day was just about me and Joe, we wore what we wanted and got the things that we really wanted in our day, like the car and having pizza. I don’t feel like I’d have enjoyed it any other way.” 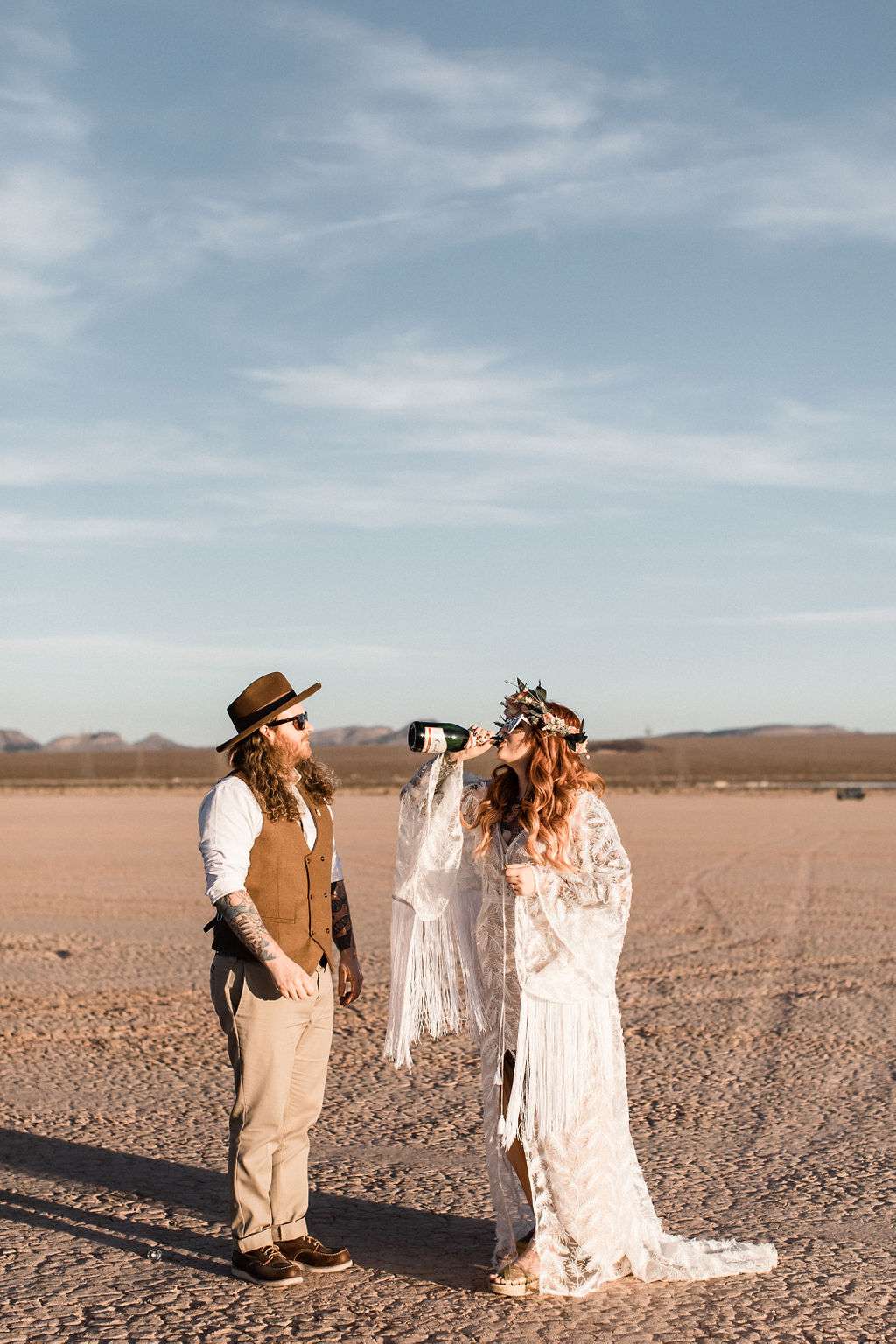 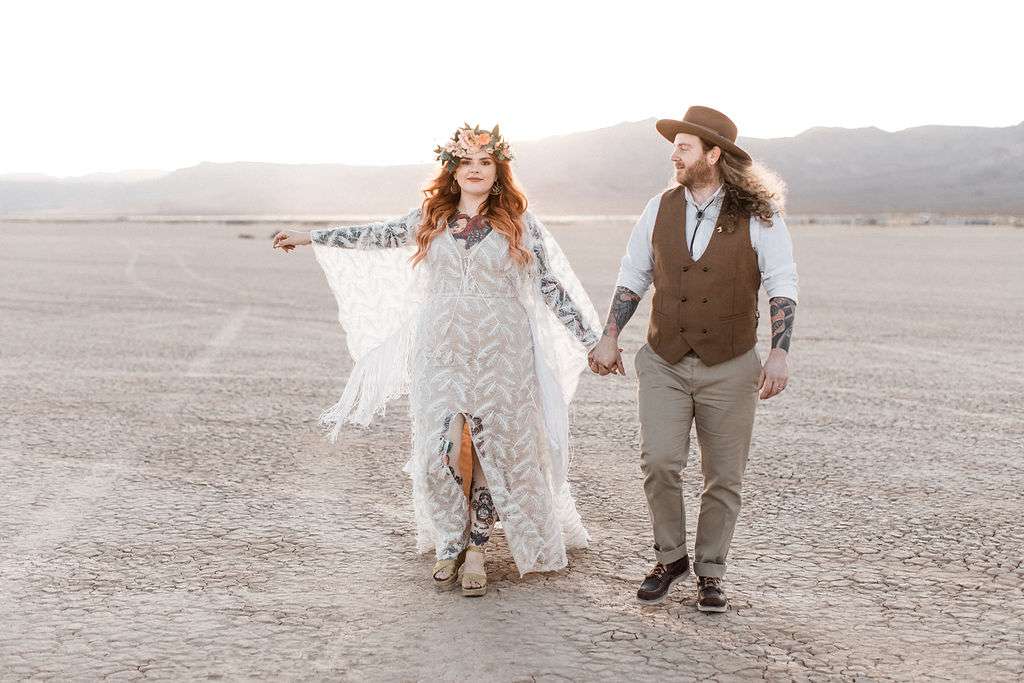 After the photography, the one thing they did splash a little on was Brit’s dress. She wanted something she felt like an absolute queen in and she found that in her & For Love gown which she bought at Ghost Orchid Bridel in Hull. “Katey at Ghost Orchid Bride was amazing. I added the fringing and front split, to make it more ‘me’. My shoes were Miss L Fire, i actually went through and bought five different pairs! I finally decided on these but they were no longer being sold, so a friend had them and let me buy them from her.” 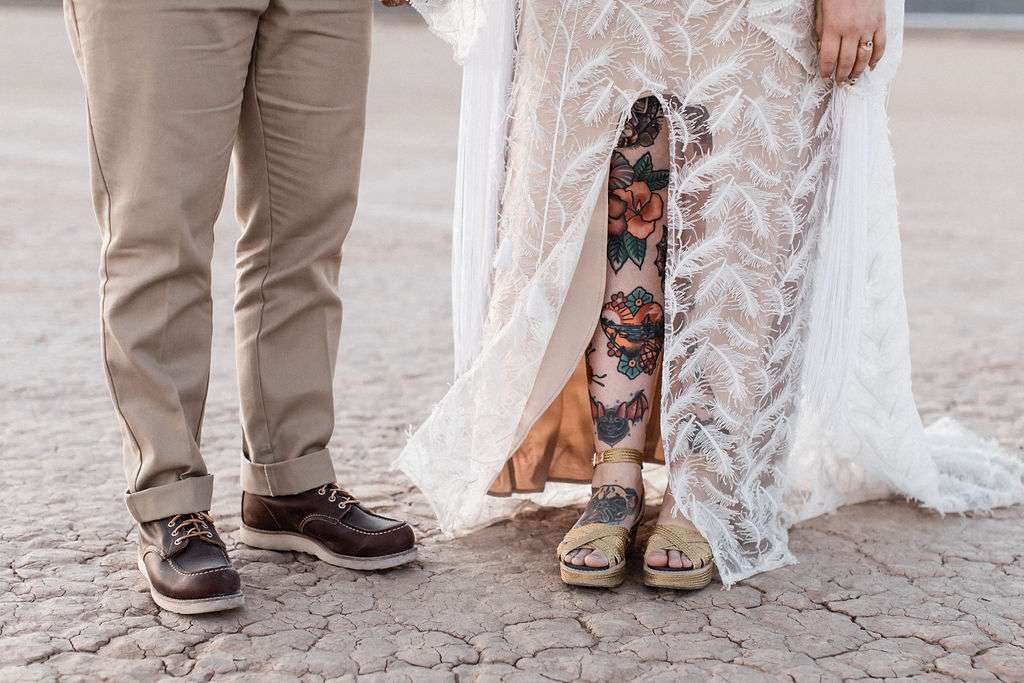 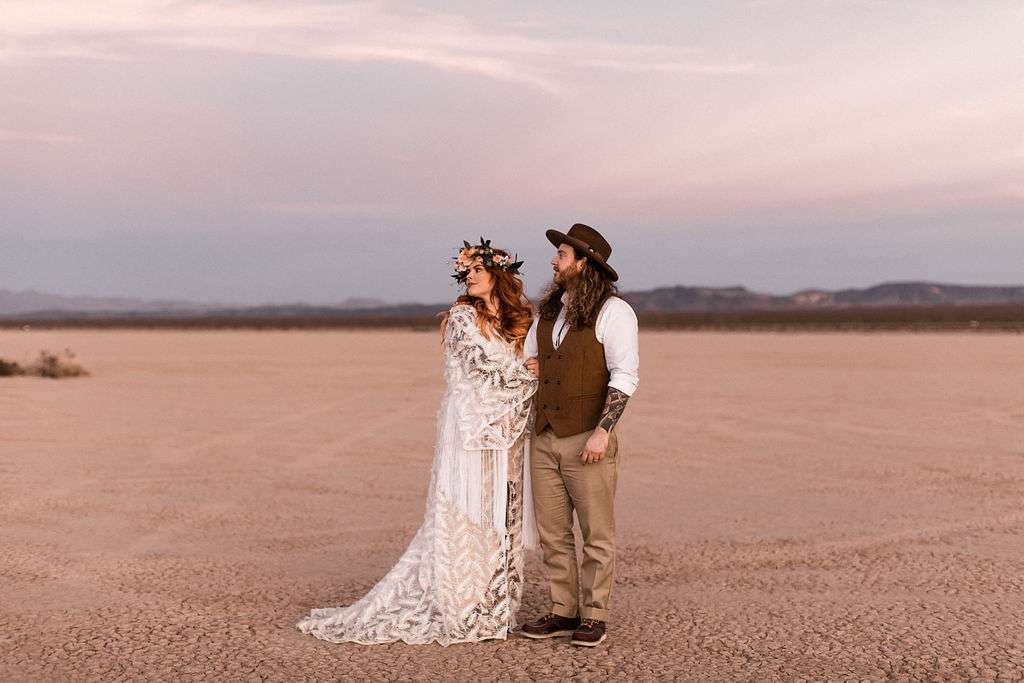 “Our biggest money saver was not getting married at home!” she concluded. “Our honeymoon cost more than the wedding and we don’t regret it. Everyone paid for their own pizza so that was great, we also bought things that we’d probably wear again. Joe will wear most of his stuff, and I wear all my jewellery and I’m planning to get my dress altered into a kimono that I can take on sunny holidays and wear again.” 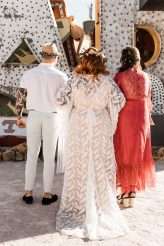 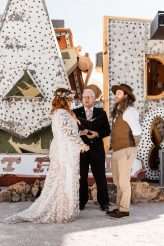 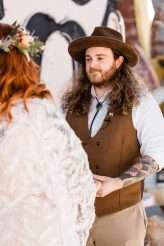 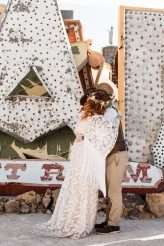 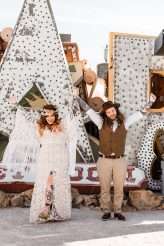 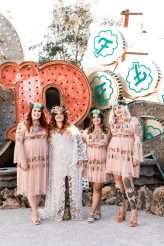 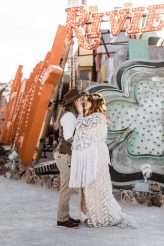 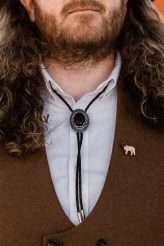 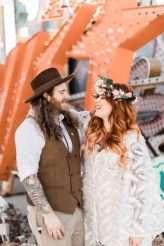 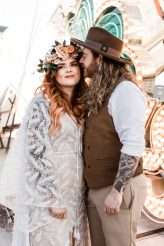 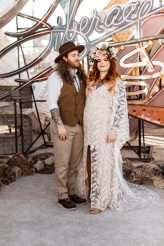 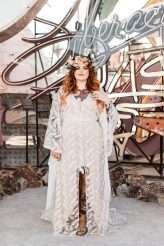 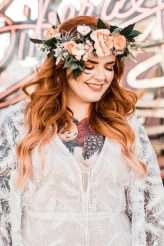 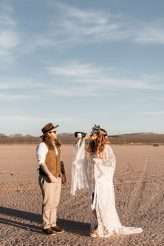 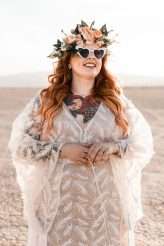 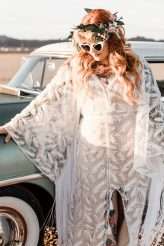 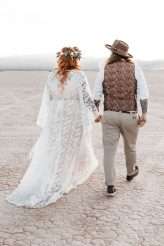 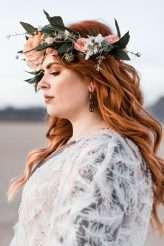 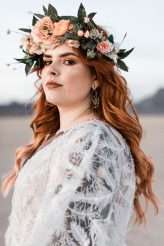