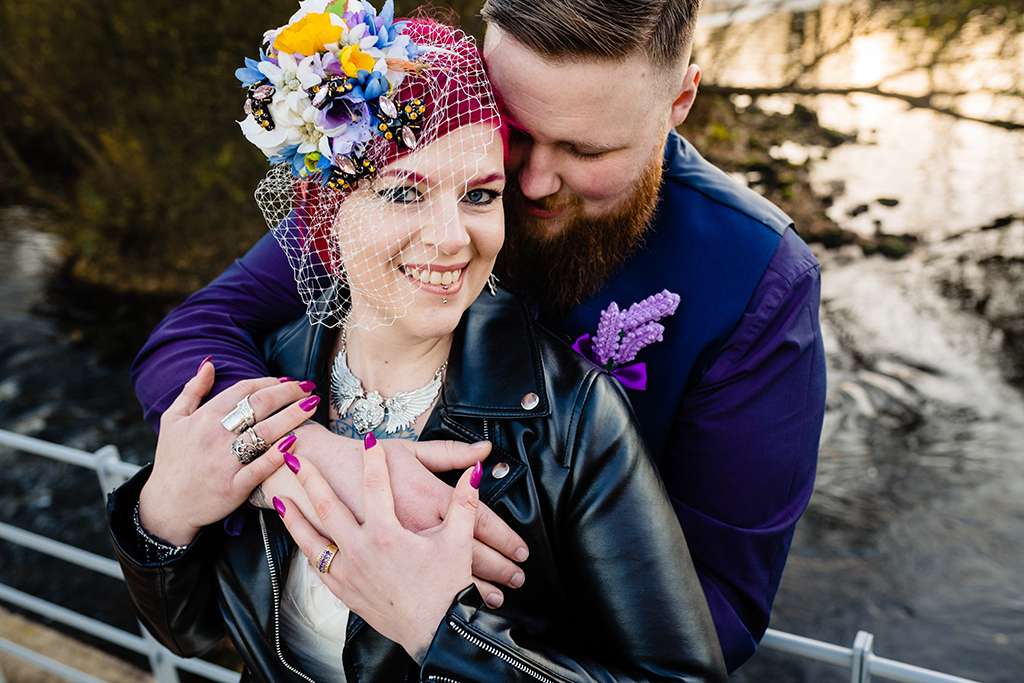 Rachael and Ross (no, not THOSE ones!) bonded over their mutual love of tattoos and alternative music while at work. Eighteen months of casual dating later, Ross proposed to Rachael in front of 4,500 people at the halftime of an ice hockey game! With a proposal like that, they knew they couldn’t do things by halves, so spent the following two years planning and saving to have the wedding of their dreams. 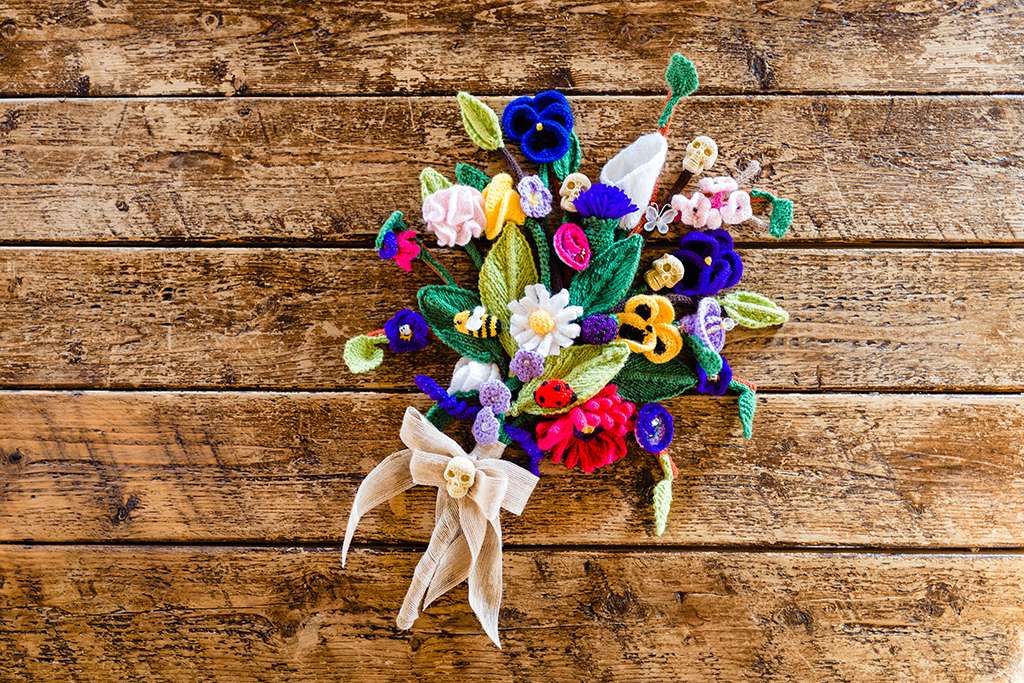 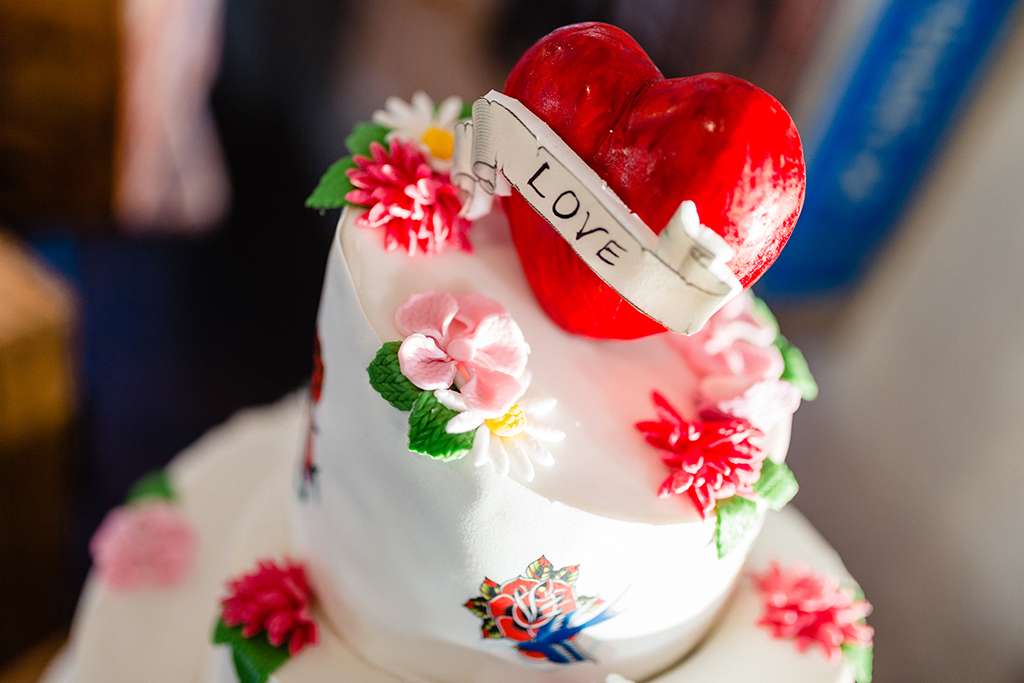 For them, this meant having a colourful alternative to a traditional style day. They knew they wanted a day as vibrant and colourful as them. “Bright colours make everyone happy” explained Rachael, “so why not give your guests additional happiness on an already happy day?!” 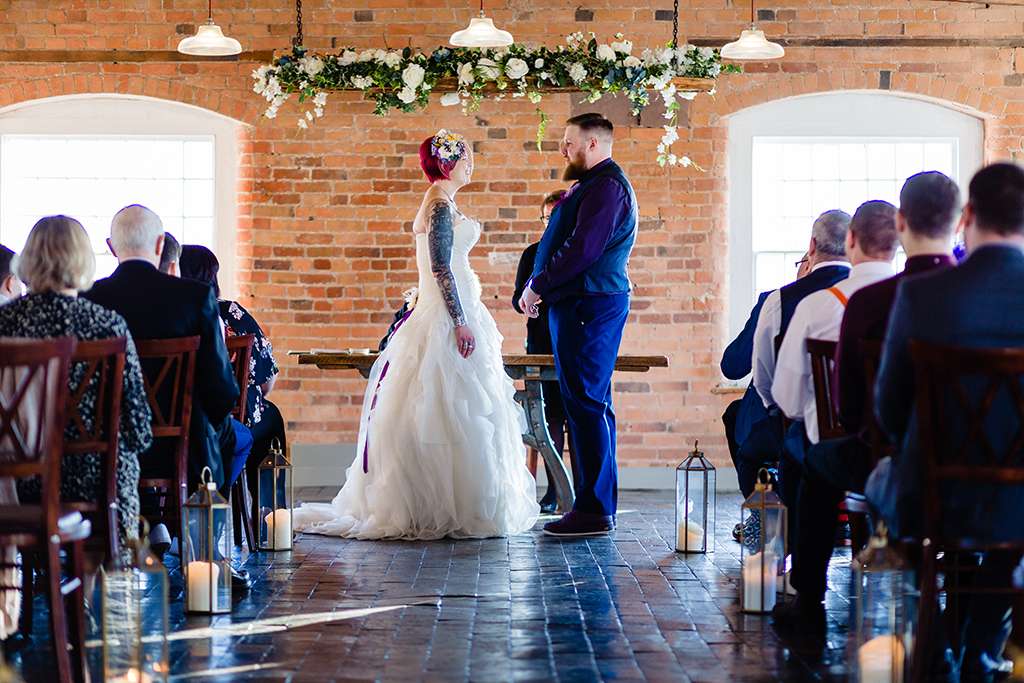 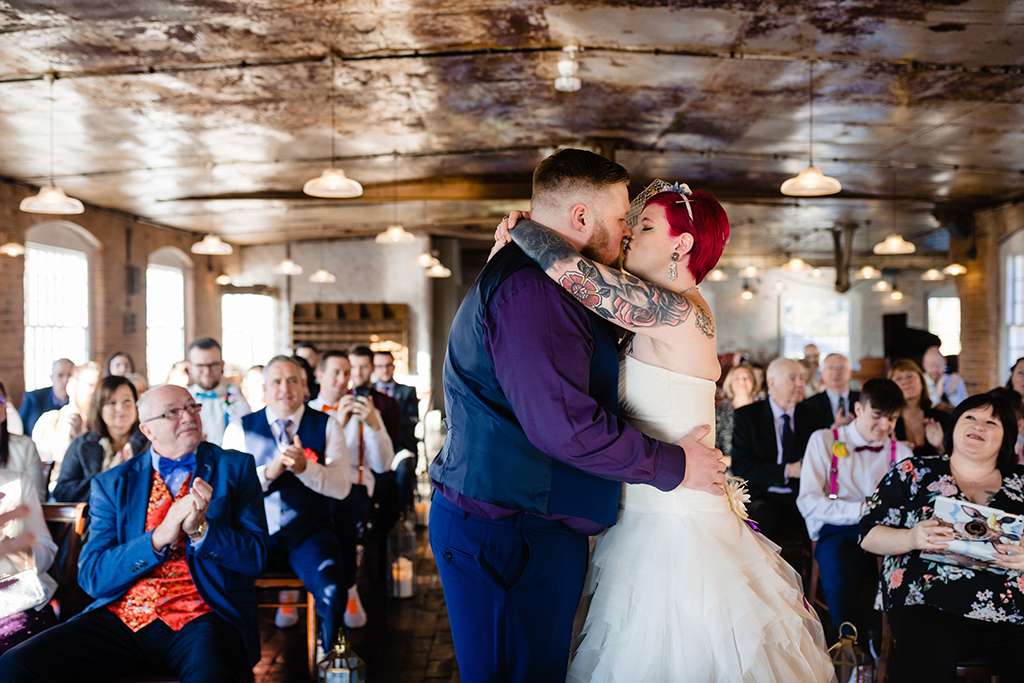 Their bridesmaids all wore mismatched, vibrant tulle skirts, and their groomsmen coordinated with matching braces, laces and bow ties. Ross’ mum learnt to crochet especially to be able to make Rachael’s multicoloured bouquet and the buttonholes. They had colourful balloons and paper lanterns as decor, and Ross wore a purple suit. 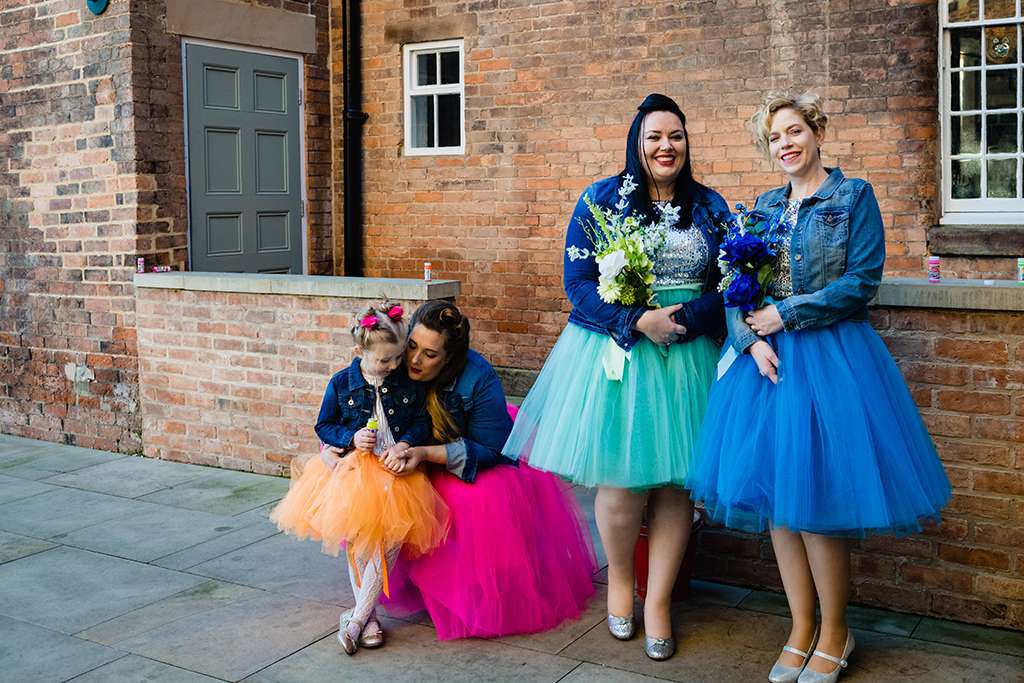 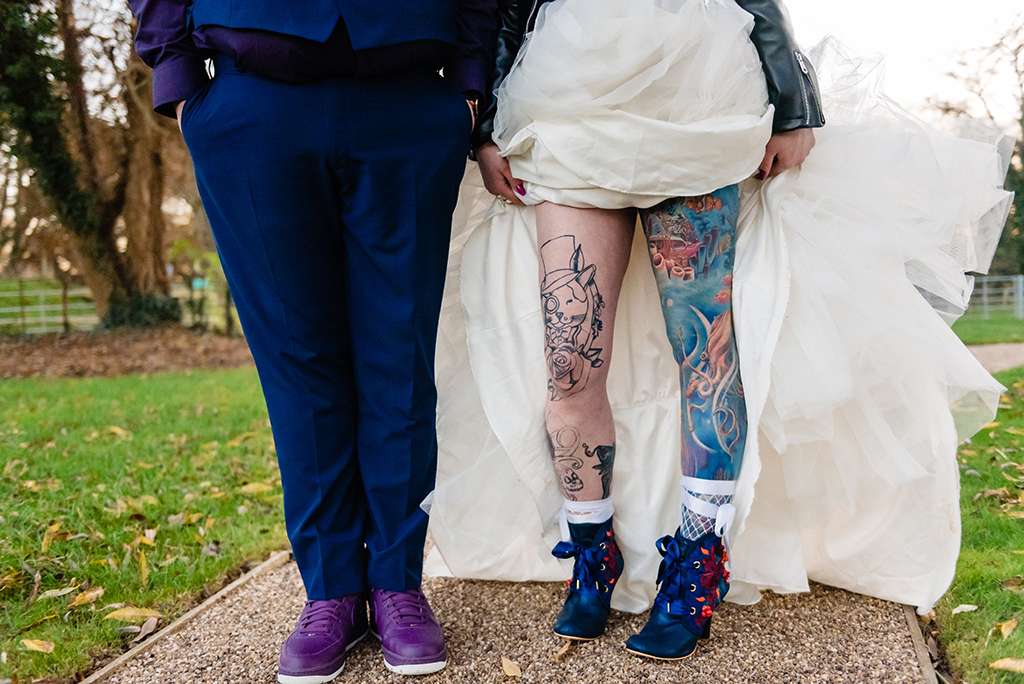 They also made simple changes to traditions to do things their way. They had orchestral versions of rock songs for arrival music, empty spirit bottles (complete with labels!) as centrepieces and filled with fairylights, and tattooed mannequin torsos as a guestbook. Instead of throwing confetti, they had their guests blow bubbles as they walked outside after the ceremony. 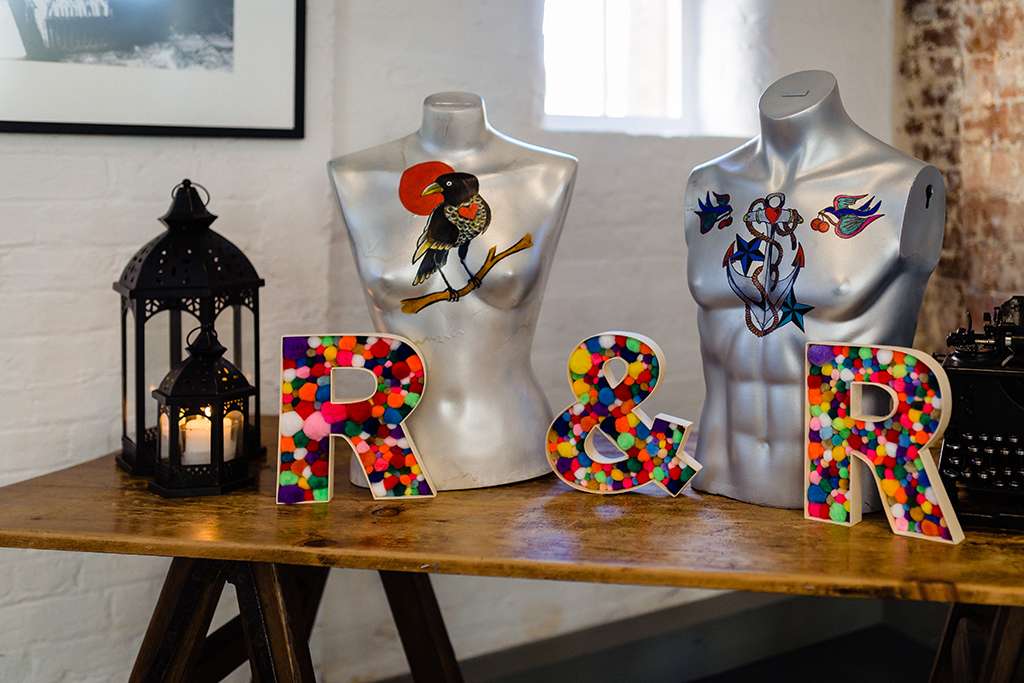 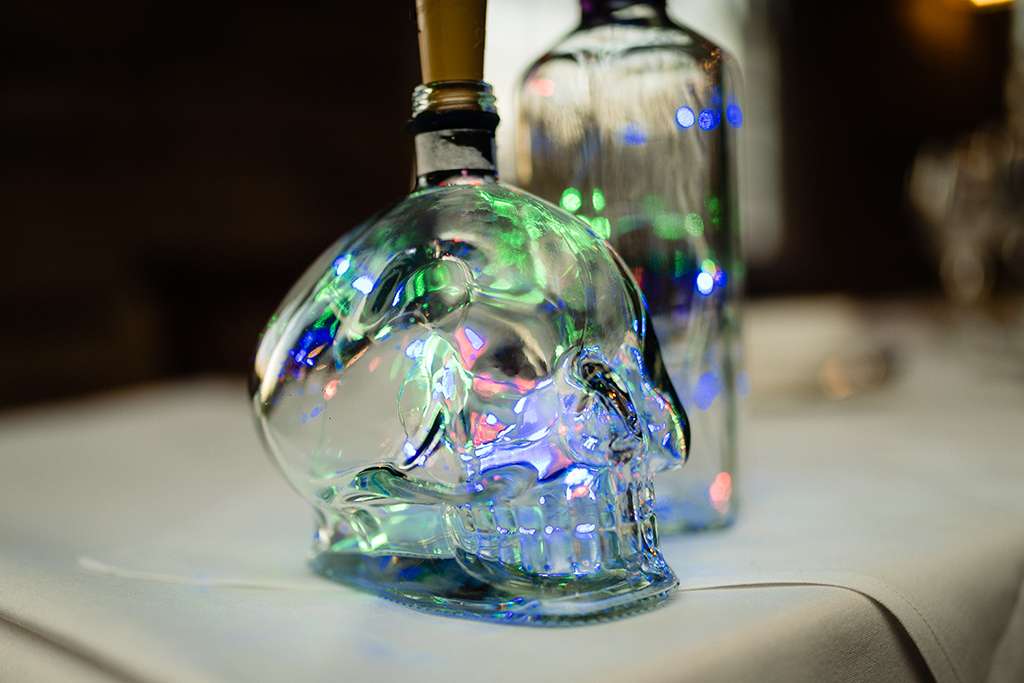 Their biggest expense was their venue, which they had exclusive hire of. They loved how unique it was so didn’t really need a lot of decor. They saved money by DIYing the majority of their props and using cheap craft materials creatively for the decor that they did do.
“We often joke that we should’ve just gone to Vegas,” laughed Rachael, “as we had the usual initial disagreements on what we would do for themes, and the pressure of making sacrifices on certain luxuries in order to save enough for the day. But when we look back on how awesome the day was I honestly don’t think we would change a single thing.” 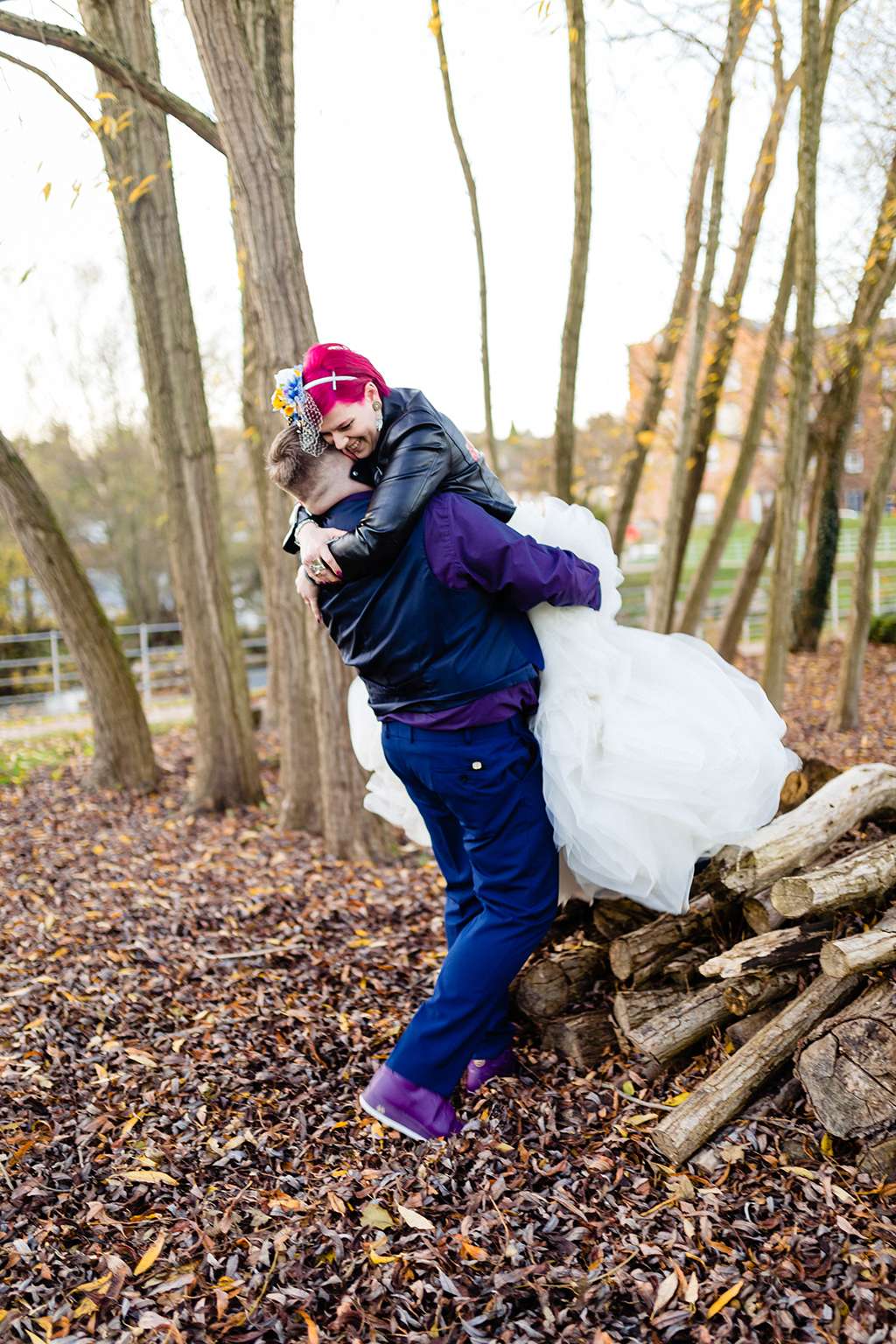 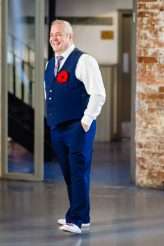 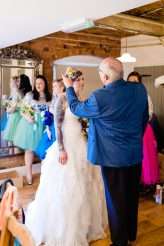 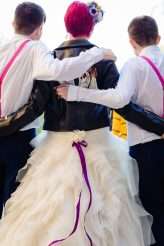 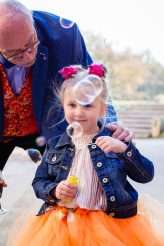 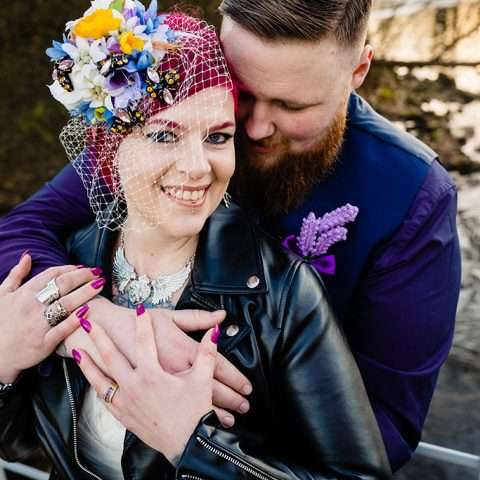 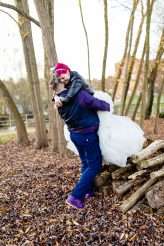 Tabby and Carl have a retro online-dating love story— the met thirteen years ago on Myspace and bonded while chatting on MSN messenger! It took six months for their friendship to develop into something more but have been inseparable and sharing crazy adventures ever since.