A bride in a pink dress, bridesmaids in outfits covered in flamingos, a warehouse venue decked out in colourful DIY decor, a ceremony conducted by the bride’s father… This wedding is just – wow!

Caragh and Ryan were married at Woodside Warehouse in Glasgow. “Our wedding was an epic flower, flamingo, pineapple colour-smash!” said the bride. “We knew we wanted something different, but to begin with weren’t quite such what that meant. We got engaged in December 2015 and married in May so after the initial engagement excitement we had about 4 months to actually get stuff planned. That meant we had to look a little out the box.” 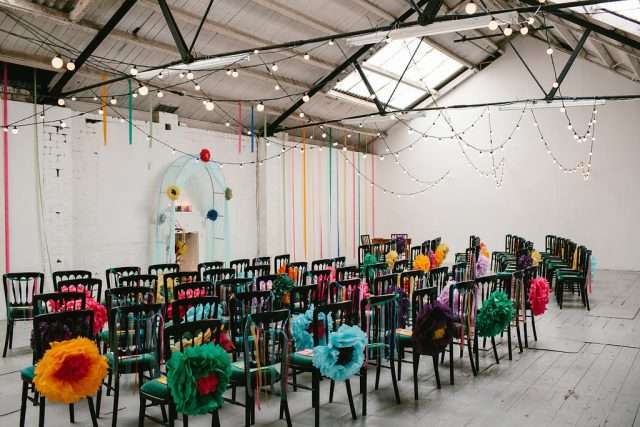 “Woodside Warehouse was the first and only venue we saw, we fell in love with the big spaces and flexibility, it really inspired us to be creative. Plus we knew as it was so big we had to make really big things to fill it. With it and the caterers taking up most of our budget we also knew that our wedding was going to be very DIY. I’m from a very creative and artistic family so that was really exciting. My mum used to be a jewellery and textile designer so she was incredible at helping make things, or at least figure out how to make things! Plus we’ve got an army of friends and family who were up for rolling up their sleeves and helping us do stuff!” 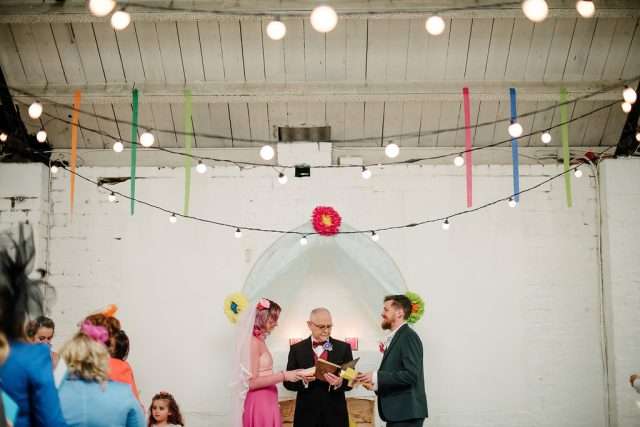 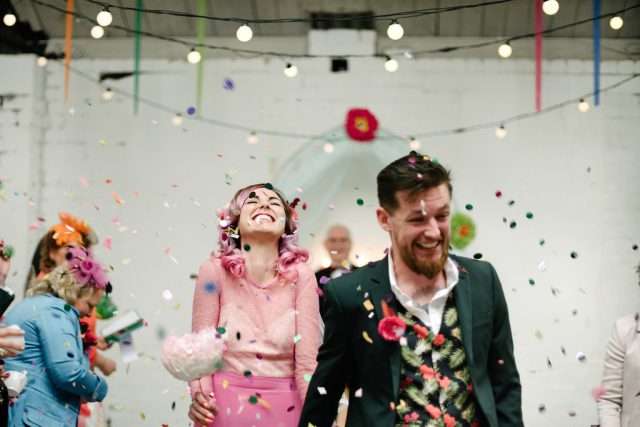 “Instead of traditional hymns we had everyone sing I’m a Believer and Ain’t No Mountain High Enough. It was incredible. I remember having a wee panic in the car on the way though! I was wearing a hot pink dress, we were getting married in a warehouse and asking people to sing old pop songs?! I panicked people would think it was nuts in a really bad way. However the minute the congregation started singing all my fears were erased. It was incredible. I still get goosebumps thinking about it!” 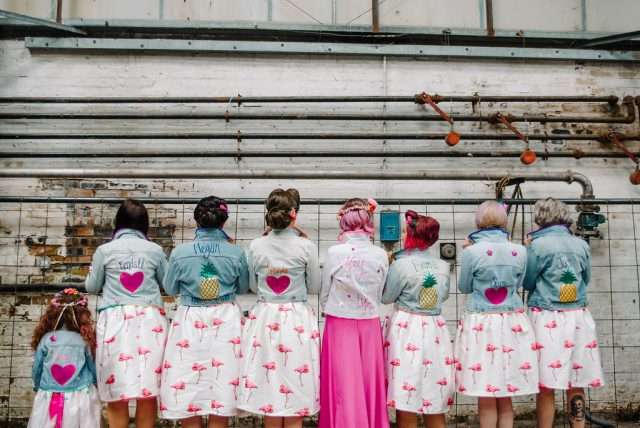 The bride’s beautiful pink dress came from Belle and Bunty and her mum dyed her veil pale pink to match. The bridesmaids were in flamingo covered skirts from Chicwish and tops from River Island. The bride bedazzled the denim jackets herself. “We called my bridesmaids the Flamingals! So I already knew this, but the wedding totally confirmed I have the greatest lady friends on the planet. I had six Flamingals, and they all took holidays, gave up weekends and evenings to make our wedding happen and help us make stuff. We didn’t realise how long making all of it would take!” 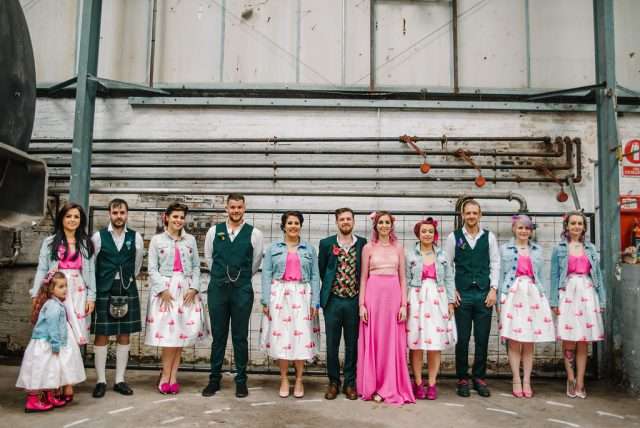 “We used 1000 sheets of tissue paper to make 140 tissue paper flowers. We hung them on chairs and made a flower wall. 40 metres of paper chains and 300 metres of ribbon were strung from the ceiling on the chair backs. Plus I decorated the bridesmaids jackets as a surprise for them. My brother made the awesome photo booth, and the dessert table was a family effort.” 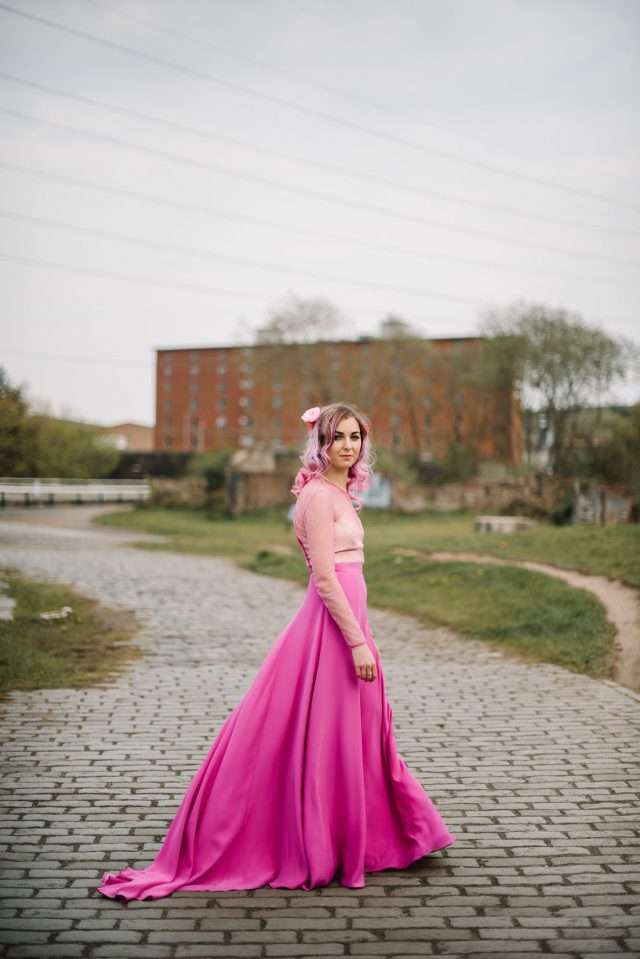 “My advice to other couples would be to not be caught up in other people’s expectations of your wedding day. We developed a thick skin early on to people’s pre-conceived ideas about what should and shouldn’t happen. We also got pretty good at making decisions fast, and not telling people until the decision was made so that they couldn’t sway us! Remember, people don’t mean to offend you! We knew theoretically our day sounded pretty bonkers and was totally raising eyebrows but when it actually happened everyone had a brilliant day.” 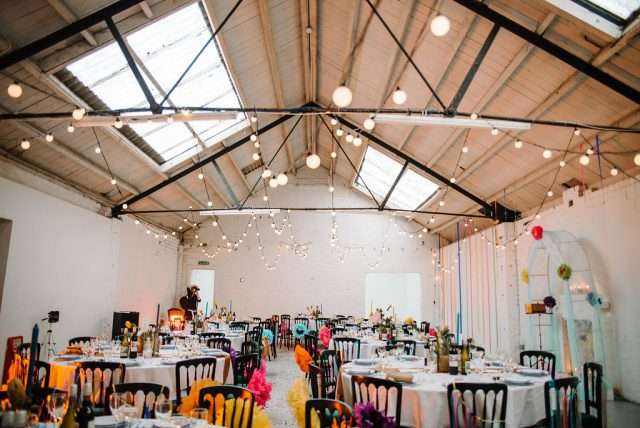 “There were times where the amount of money we were spending made us feel a bit ill, (I totally started crying about six weeks before the wedding overcome with how much money we were planning on spending and whether or not it was the right thing to do) but we talked to each other, reviewed the budget, and also celebrated the savings we’d made with all the DIY. We spend around £10k but I know without all the stuff we did ourselves it would have been at least another £7-10k on top of that!” 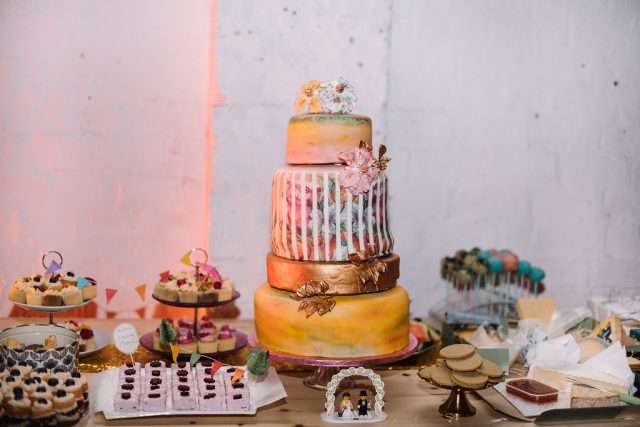 “Finally I’d like to add that our families, the girls in the Rock n Roll Bride Facebook group and our photographer Claire were all amazing in making our wedding truly the best day of our lives!” 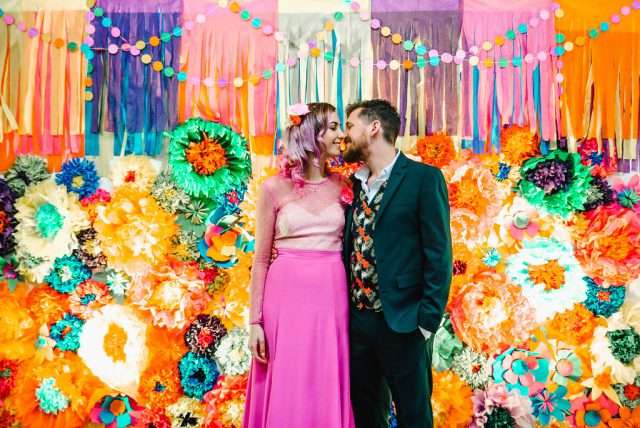 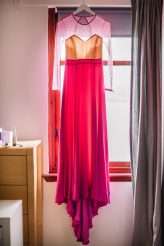 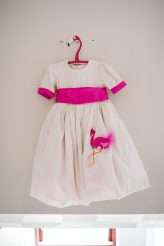 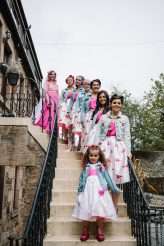 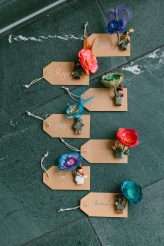 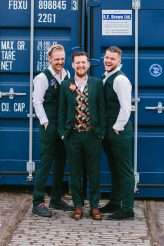 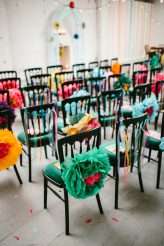 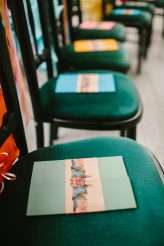 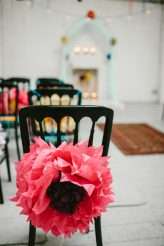 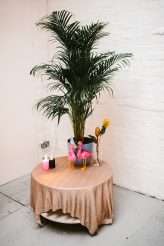 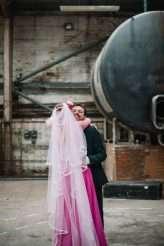 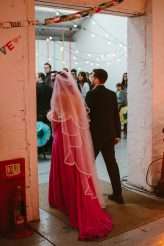 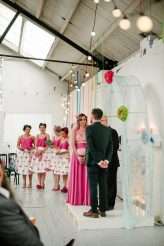 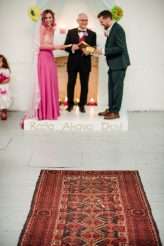 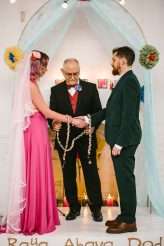 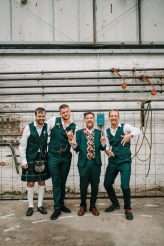 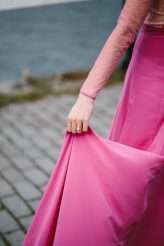 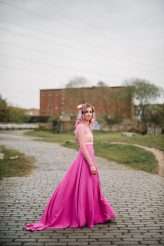 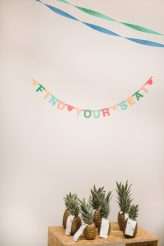 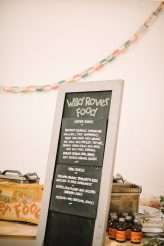 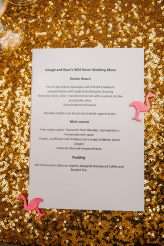 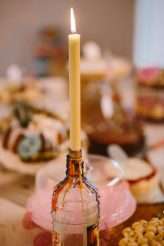