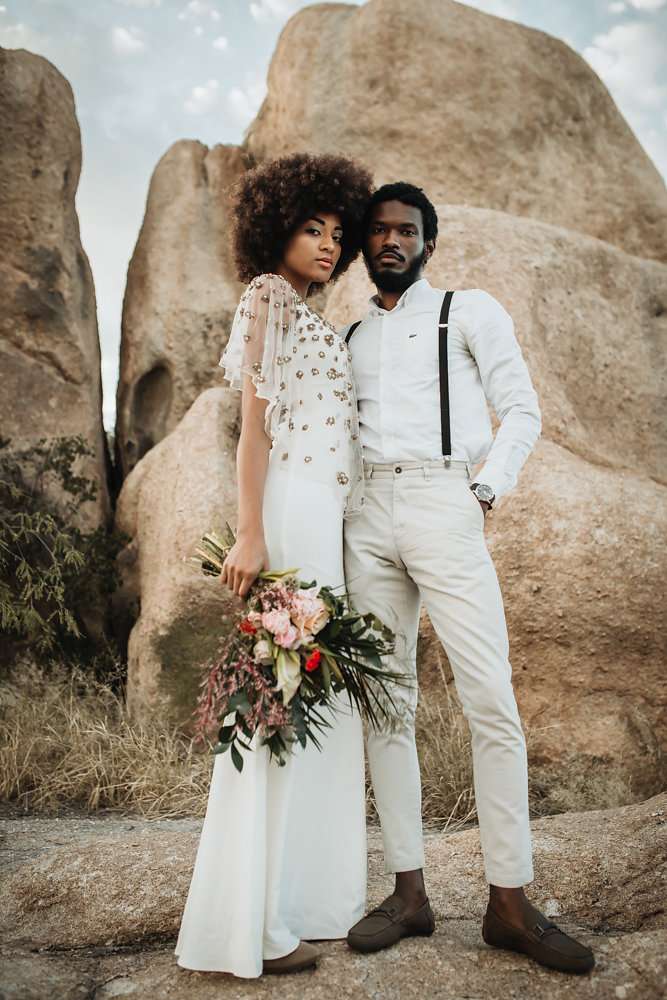 So this might not be a real wedding, in fact it was a photo shoot done in about 20 minutes before they lost the light, but I think you’ll agree it’s gorgeous enough to warrant a feature. In fact I may love these shots more than some of my own wedding photos – ha! Prepare to be INSPIRED. 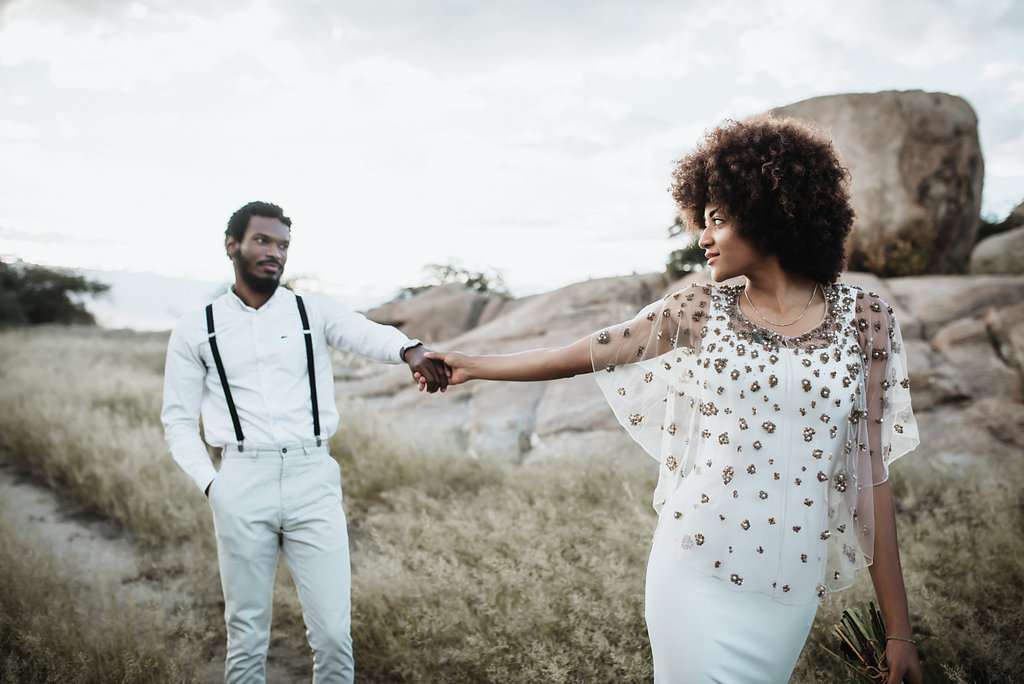 Asura and Ivo, a real couple (because obviously, I mean you can’t really fake this kind of chemistry!) were asked by photographer, Jasmin, to model for her after she found them on Instagram. They’re both from Angola in Africa but they met and now live together in Tucson. 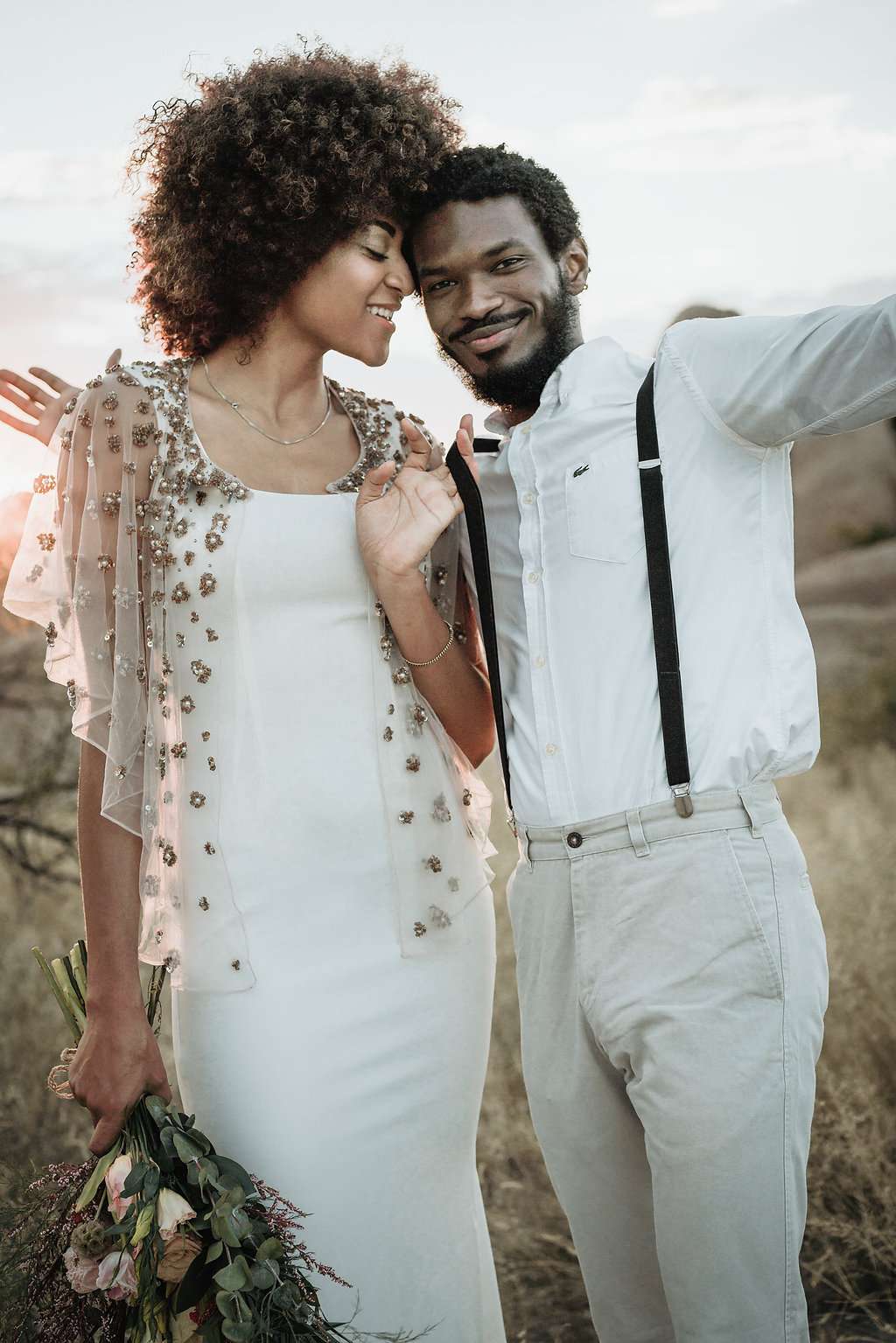 “I thought Asura would look wonderful in this amazing BHLDN dress”, explained Jasmine. “I was going for the edgy but a bit classy look. My inspiration for the shoot theme was the desert landscape. I found the amazing location in Dragoon, Arizona called the Triangle T Ranch. They host lots of weddings here.” 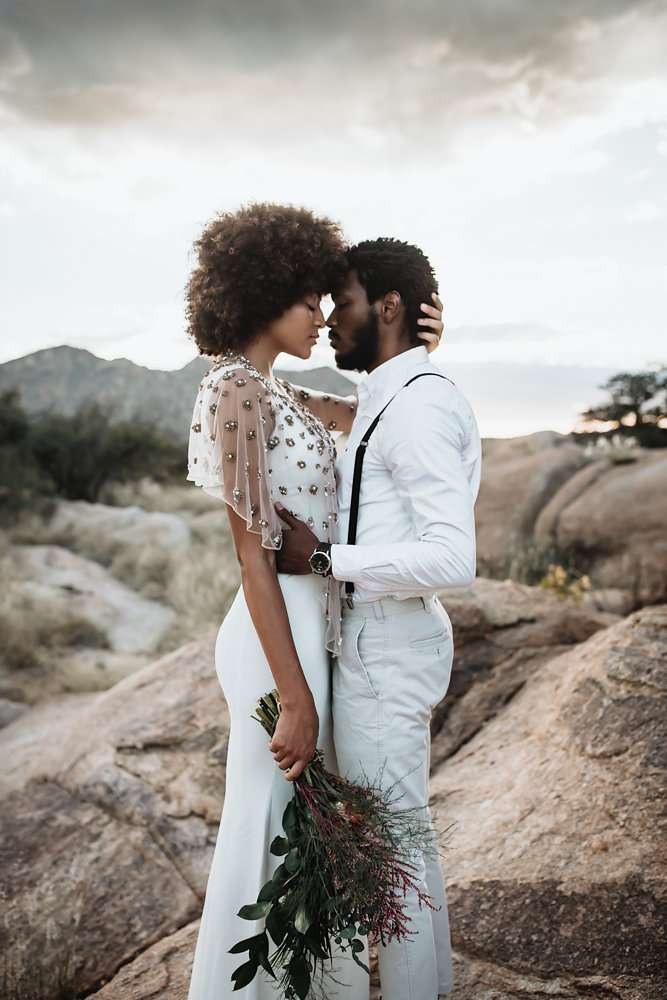 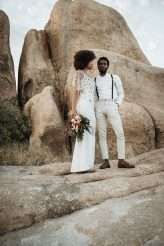 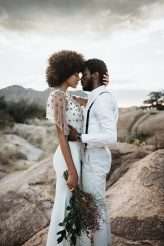 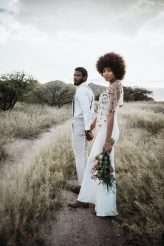 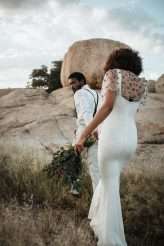 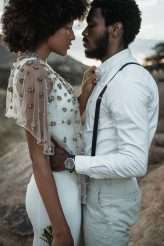 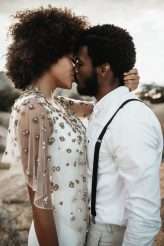 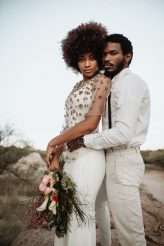 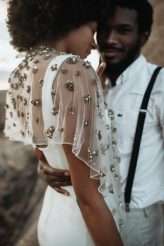 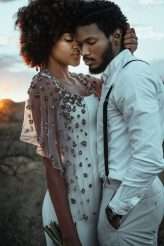 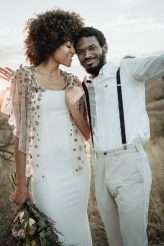 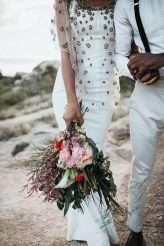 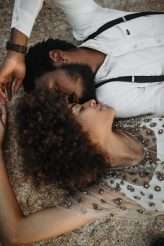 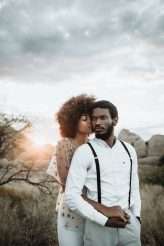 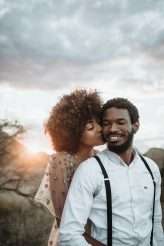 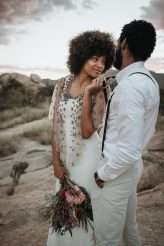 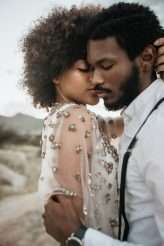 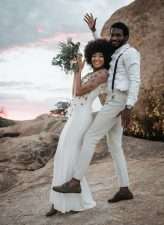