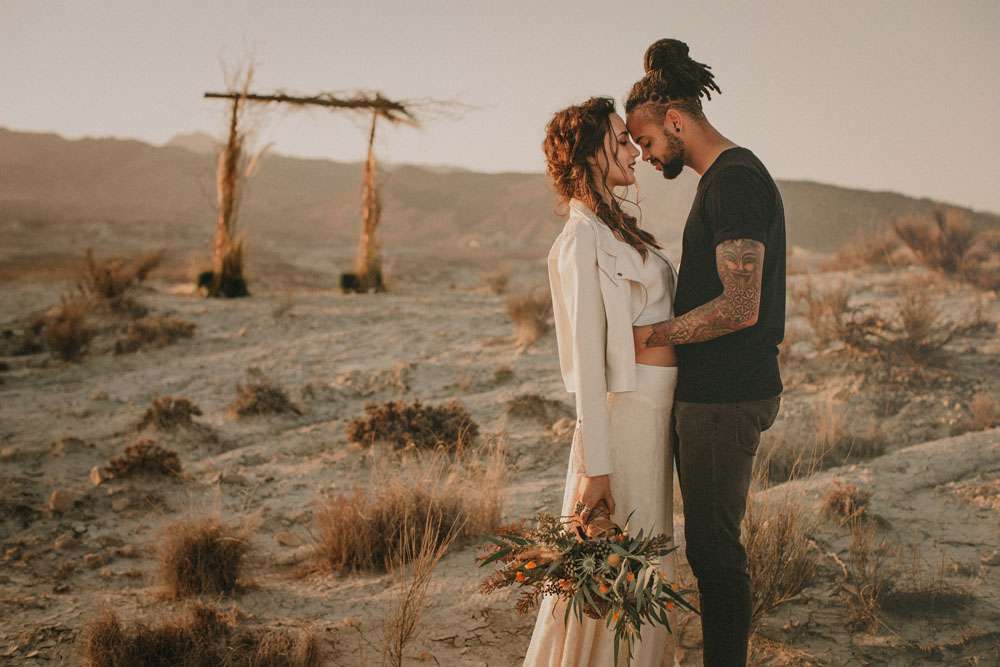 The desert is one of my favourite places. It wasn’t always (dusty, dry, hot..!), but after visiting Nevada four or five times now, I’ve finally succumbed to it’s charms. It’s just so enormous and spectacular! It’s the kind of landscape that you’ll never see anywhere else so is it any surprise then that so many couples opt to drive out there for their wedding shoots? 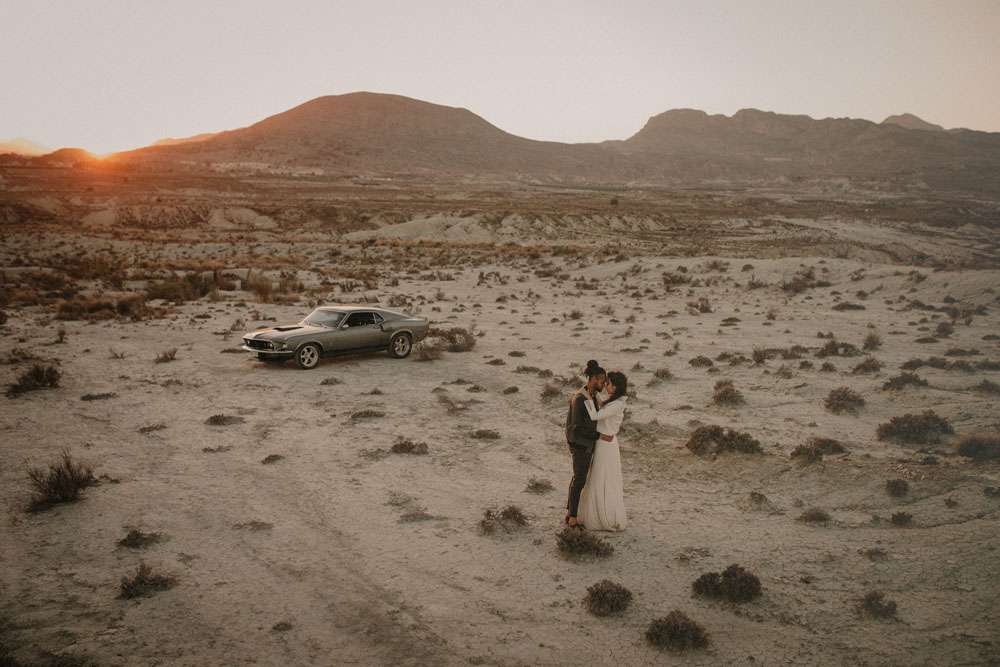 This wedding inspiration shoot was put together by planner/ stylist Paloma Cruz Eventos. “The idea behind this shoot was a couple eloping in secret”, she explained. “This couple doesn’t follow the rules!” 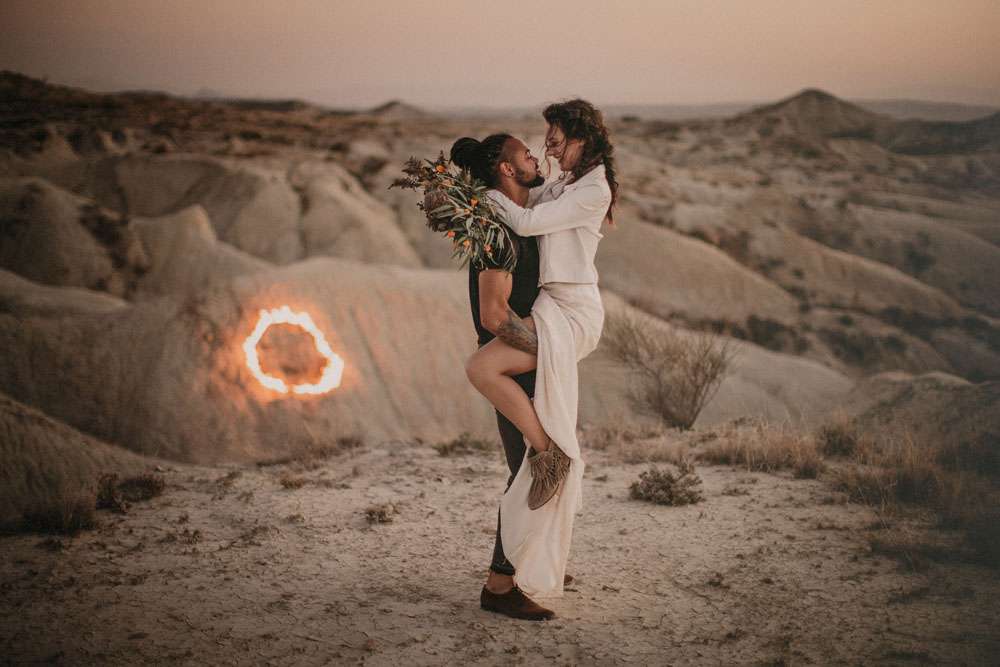 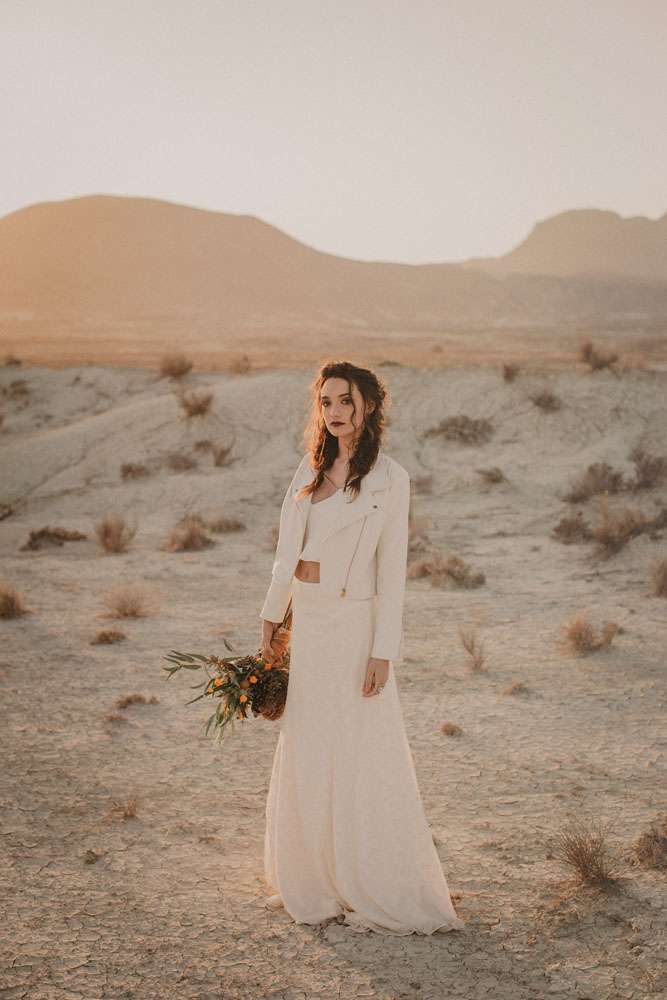 I love love love these photos and the accompanying video. I think you all will too! 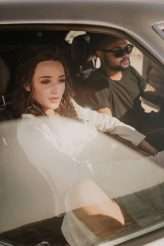 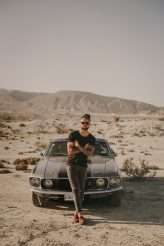 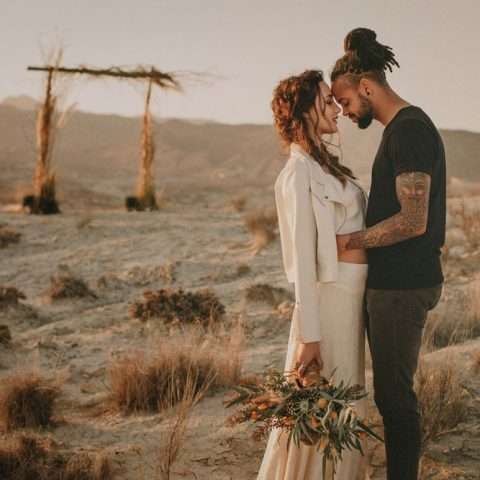 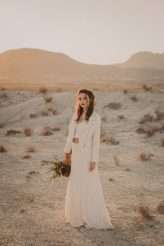 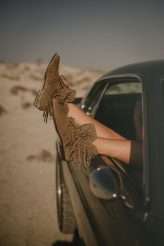 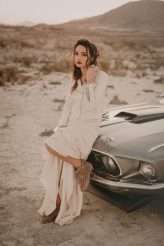 So this might not be a real wedding, in fact it was a photo shoot done in about 20 minutes before they lost the light, but I think you'll agree it's gorgeous enough to warrant a feature. In fact I may love these shots more than some of my own wedding photos - ha! Prepare to be INSPIRED.