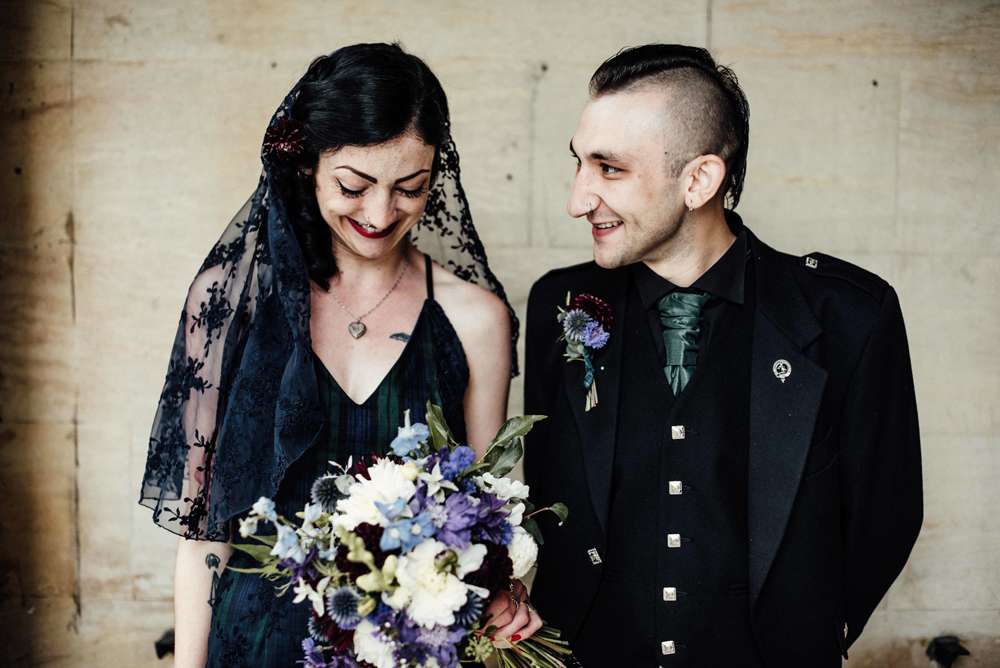 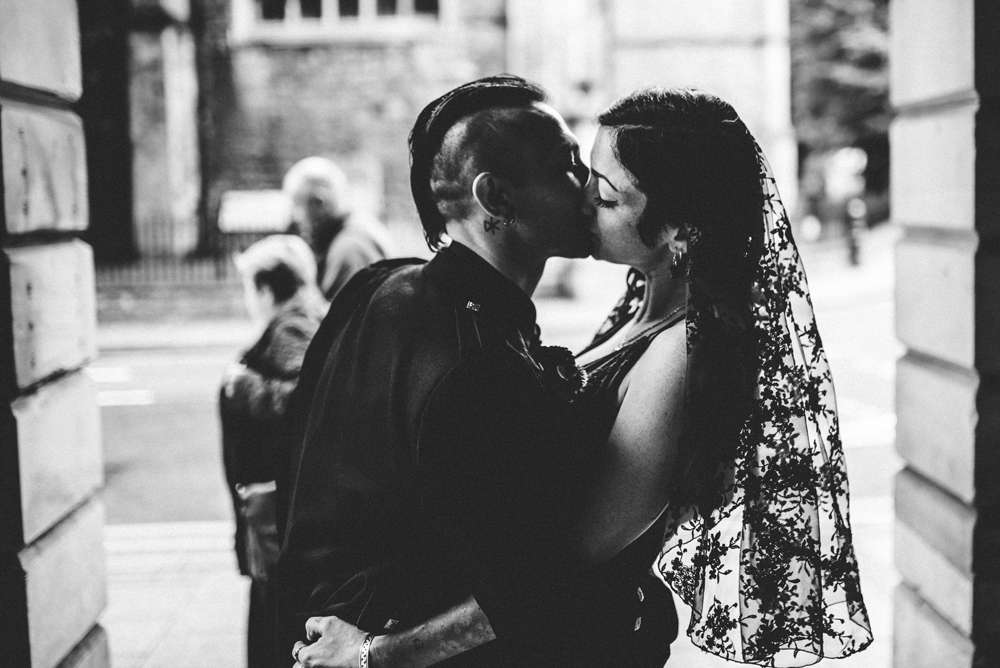 “When planning for the wedding we wanted the basic essentials as we’re very non-materialistic and were uncomfortable about being centre of attention!” the bride explained. “Once the essentials were in place the little personal touches that represented our identity as a couple gave it that unique feel. We wanted to celebrate our families coming together and the merging of our different cultures.” 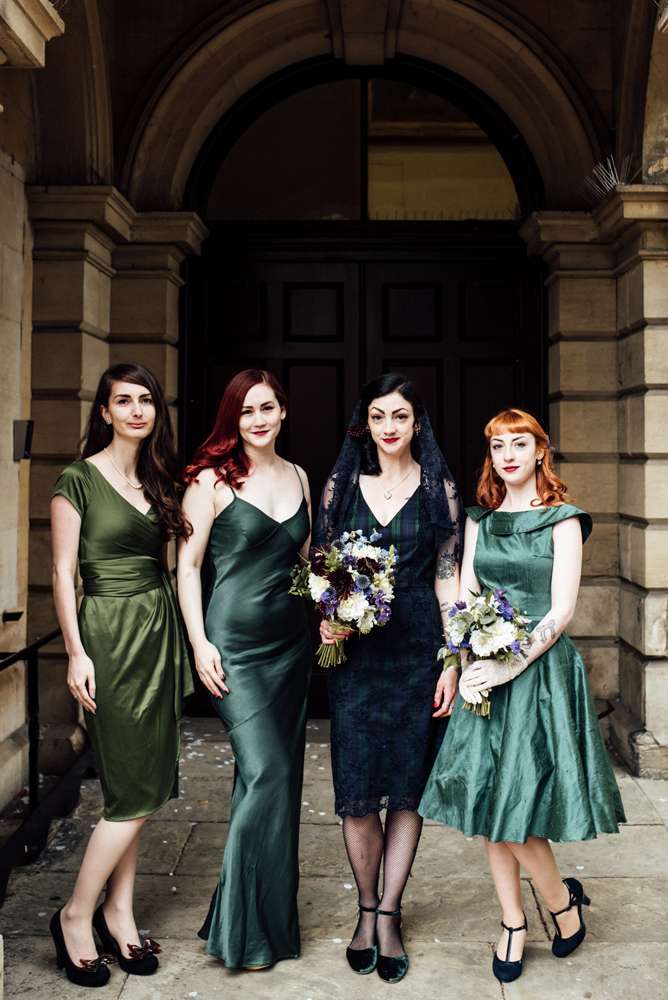 Both the bride and groom wore tartan, Amy’s bespoke slim fit pencil dress was made by Helena Wallis which she accessorised with a dark blue, almost black, lace veil. “The fabric of my dress was Blackwatch tartan in raw Indian silk and bridal lace from a outlet in Birmingham. My shoes were green velvet shoes by Clarks that arrived morning of the wedding by special delivery!” 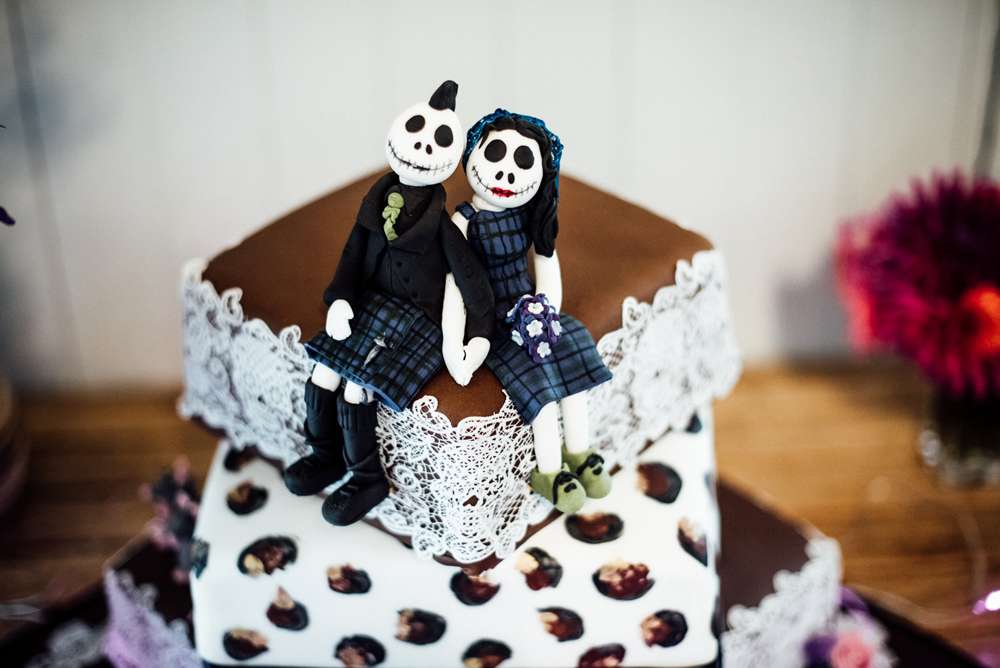 Their reception party was almost entirely DIY, either made by the couple or friends and family members. The transport on the day was Amy’s dad’s bright orange 1975 camper van and he was the chauffeur! “As we went to do our first dance (all DIY) the sound system kept failing which was quite an anticlimax,” Amy laughed. “My Italian aunty got fed up of waiting and made Niall dance with her anyway to a room full of clapping pensioners. The old Italian ladies were also very interested in what a Scotsman wears under his kilt…!” 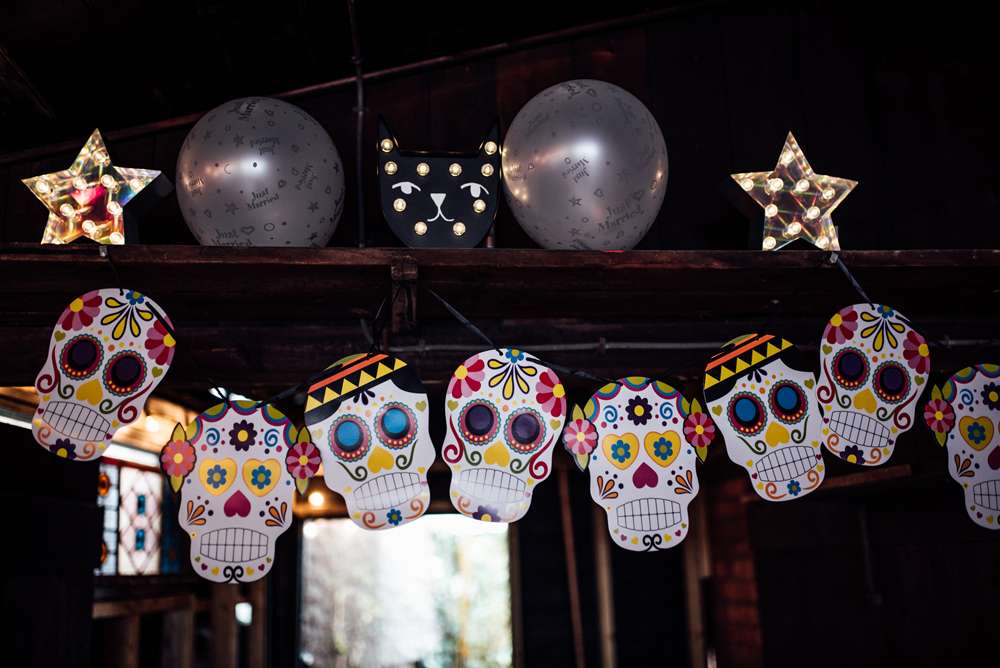 “For decorations we had large N & A wooden letters salvaged from an old factory, decorated with lights to represent our initials plus gifted portraits of us by close friends we met while studying art. We used lots of old Halloween supplies too. My mum decorated the garden – planted seeds months in advance. Straw bails and IKEA blankets to create a ‘cider barn’. We had commissioned knitted bride and groom day of the dead dolls from two women at a Cats Protection fair. We borrowed beer garden umbrellas from a local pub!” 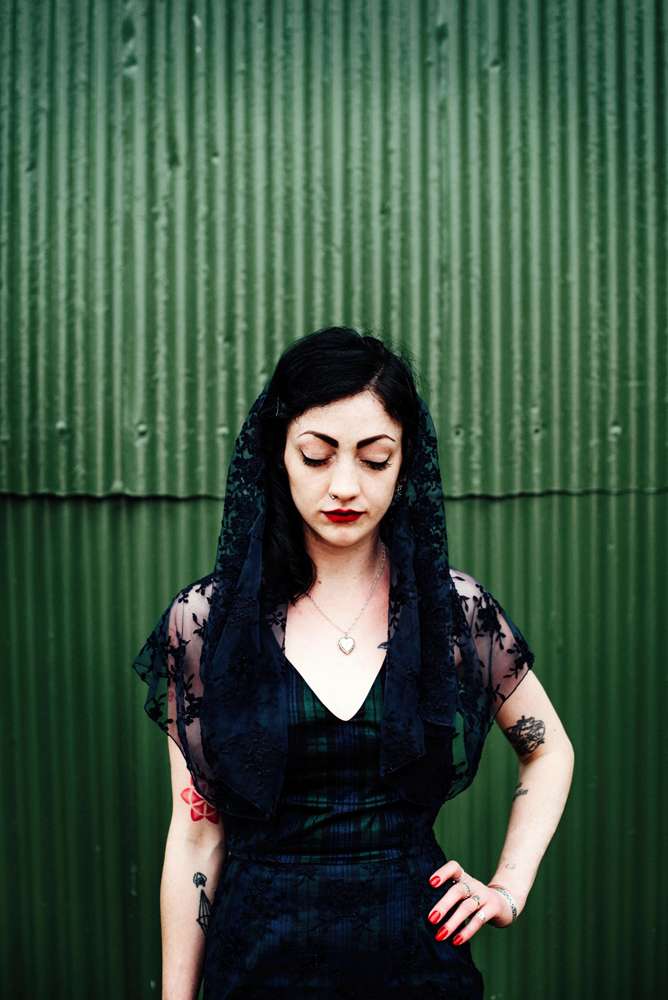 “Our advice to other couples is do just do what makes you happy”, the bride concluded. “Don’t stress and don’t get angry with each other. If you survive this then it was meant to be! In retrospect we’d have liked to have included more music that we loved and spent less time worrying about accommodating others people’s tastes! Who doesn’t want to listen to Dead Kennedys at their wedding breakfast?” 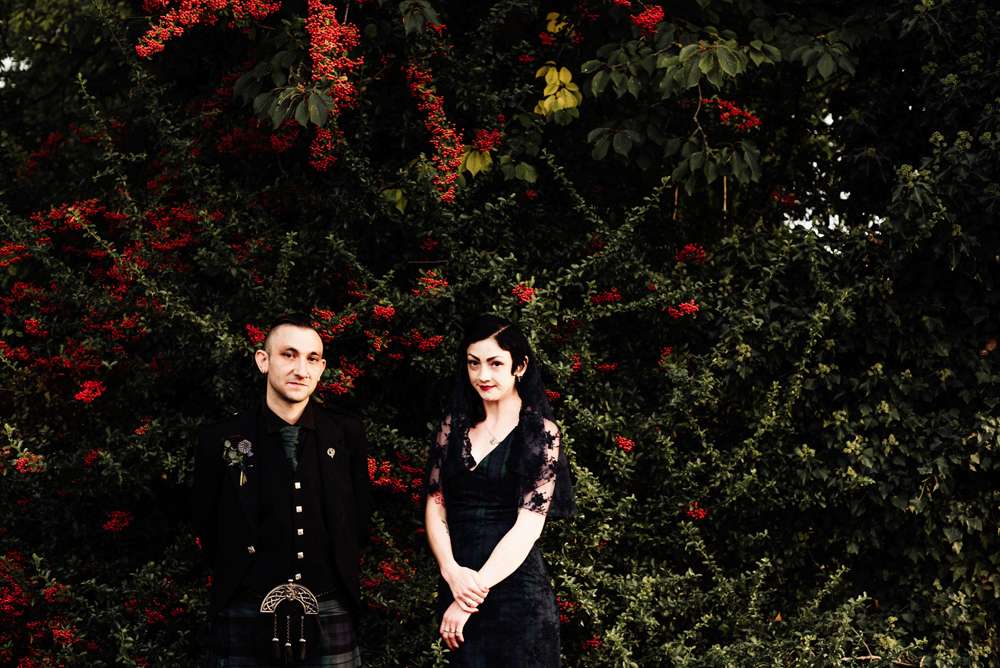 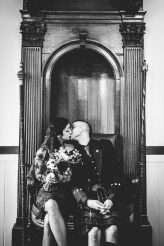 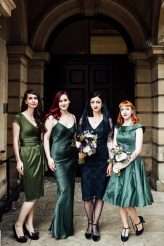 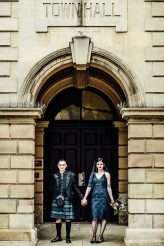 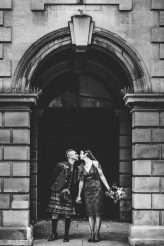 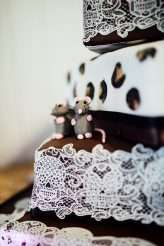 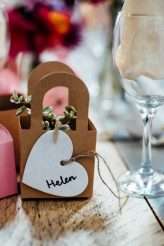 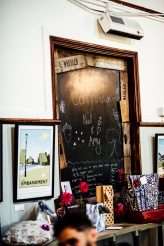 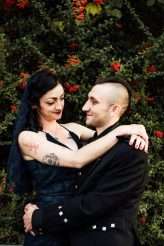 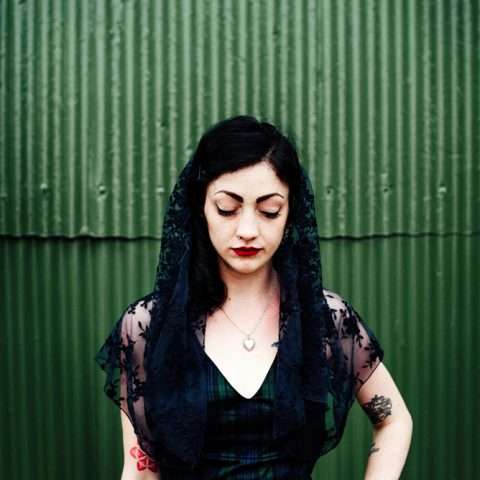