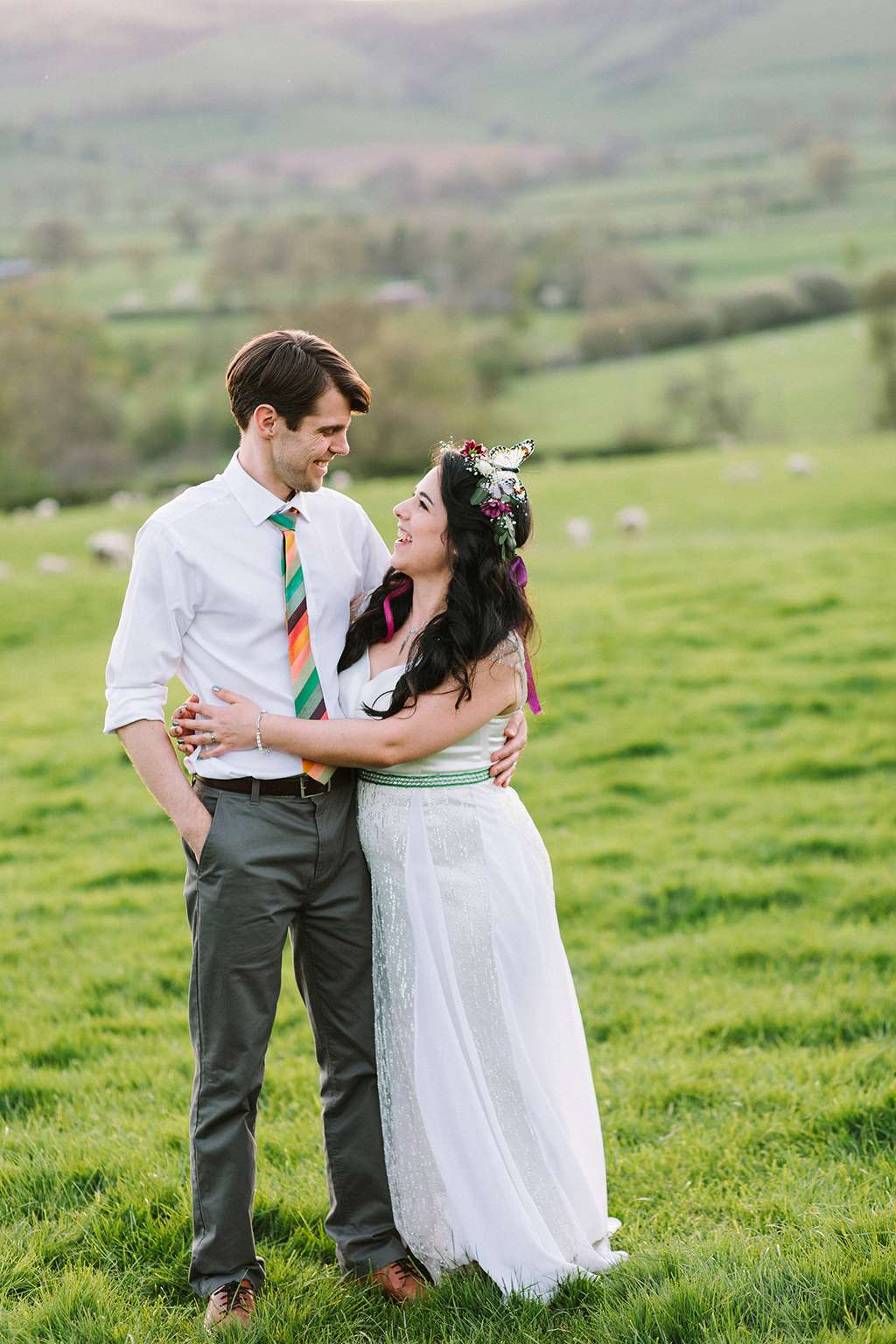 Like many couples, Angela and Robin didn’t really have a theme in mind for their wedding – until they stepped back and realised what they had created once all their different elements came together! In the back of their minds, they knew that they wanted their wedding to have a fun, colourful, relaxed feeling that going to music and art festivals evokes, but just chose vendors, decorations and props that felt right to them, instead of to hit the theme. 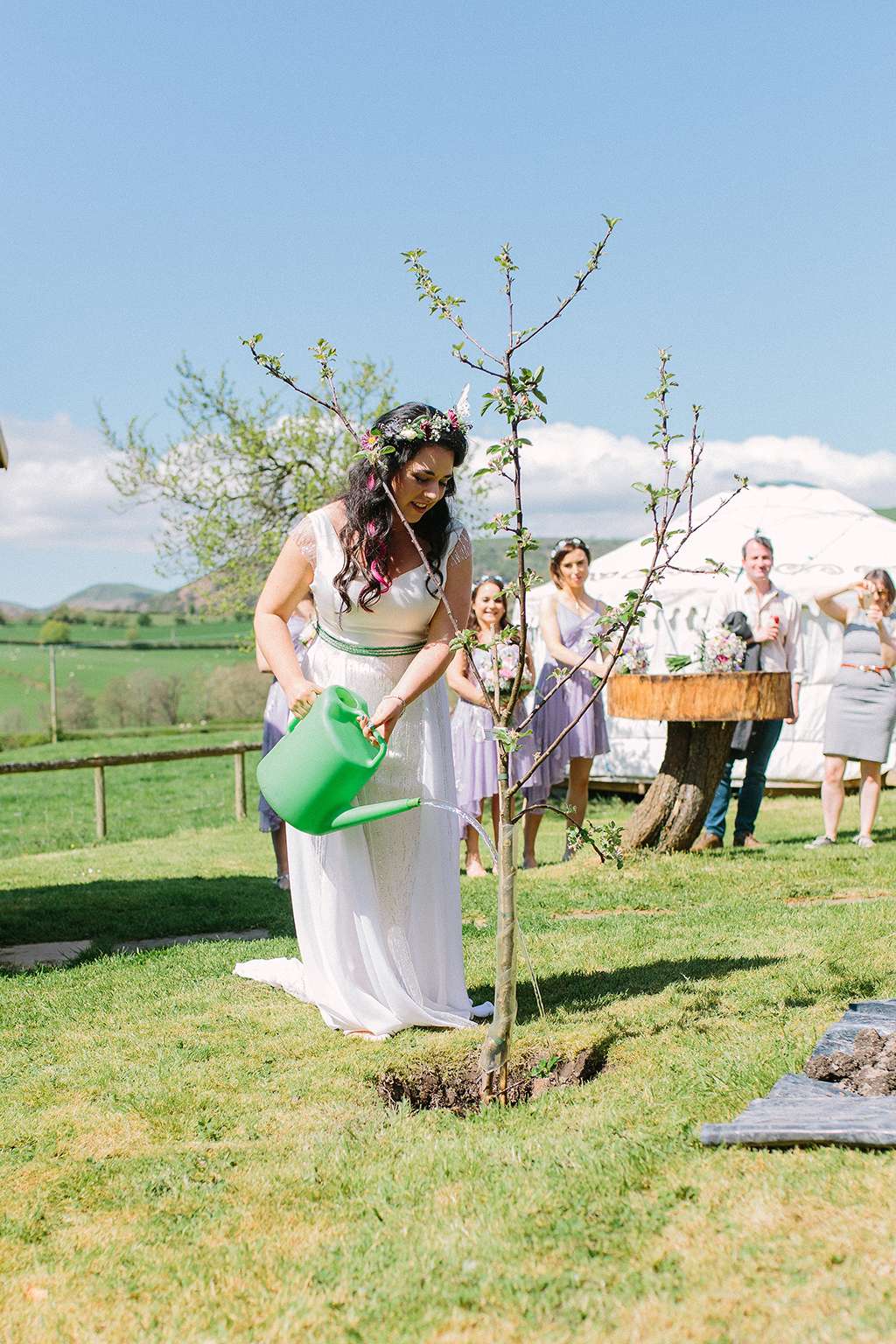 Undoubtedly, a key element in creating the festival vibe was their venue – so choosing a glamping-come-wedding-venue site was a big part of their low-key theme! They chose Barnutopia, a piece of rural heaven in Shropshire, for both their wedding and reception venue celebration. Although Barnutopia is a registered wedding venue, they wanted their ceremony to be as personal to them as possible and felt having a friend marry them instead of a registrar would do just that, so they completed the legal part at a local register office the Monday before. “Although it was still a special moment, Saturday still felt like our true wedding day.” said Angela. 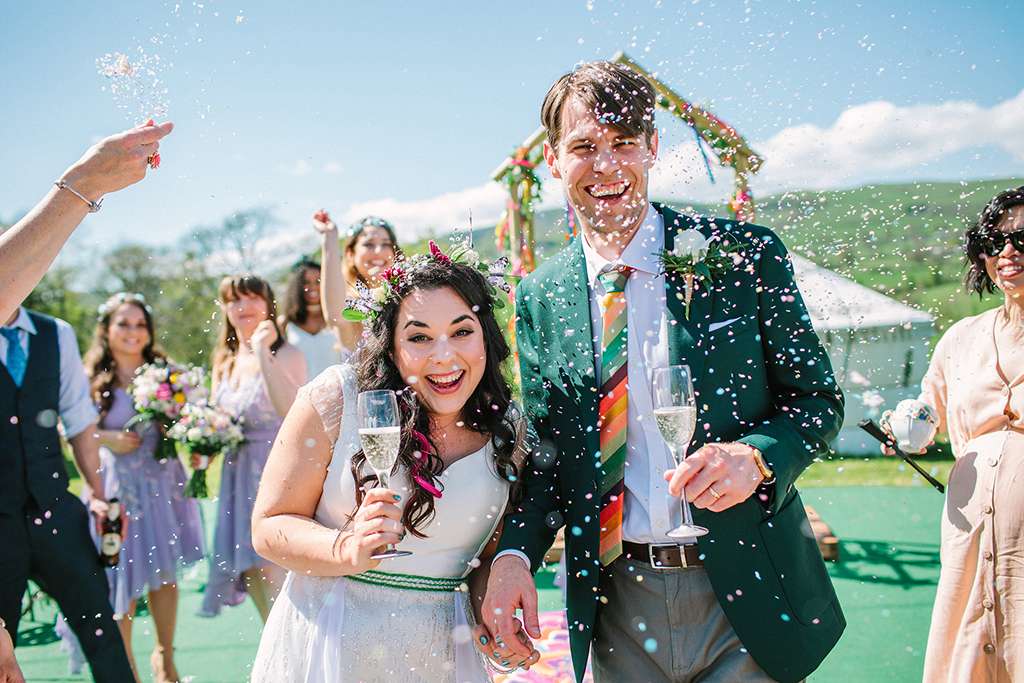 Their ceremony, performed in the Yurt Field, kicked off with Angela walking down the aisle to an instrumental of one of her favourite songs – Plage by Crystal Fighters – which the band recorded especially as a wedding gift! “I emailed Gilbert from the band and asked if it was possible to buy an instrumental version from somewhere,” explained Angela, “and beyond our belief, he sent us a copy of the song as a wedding present which was so lovely of him! I never thought that would happen in a million years.” 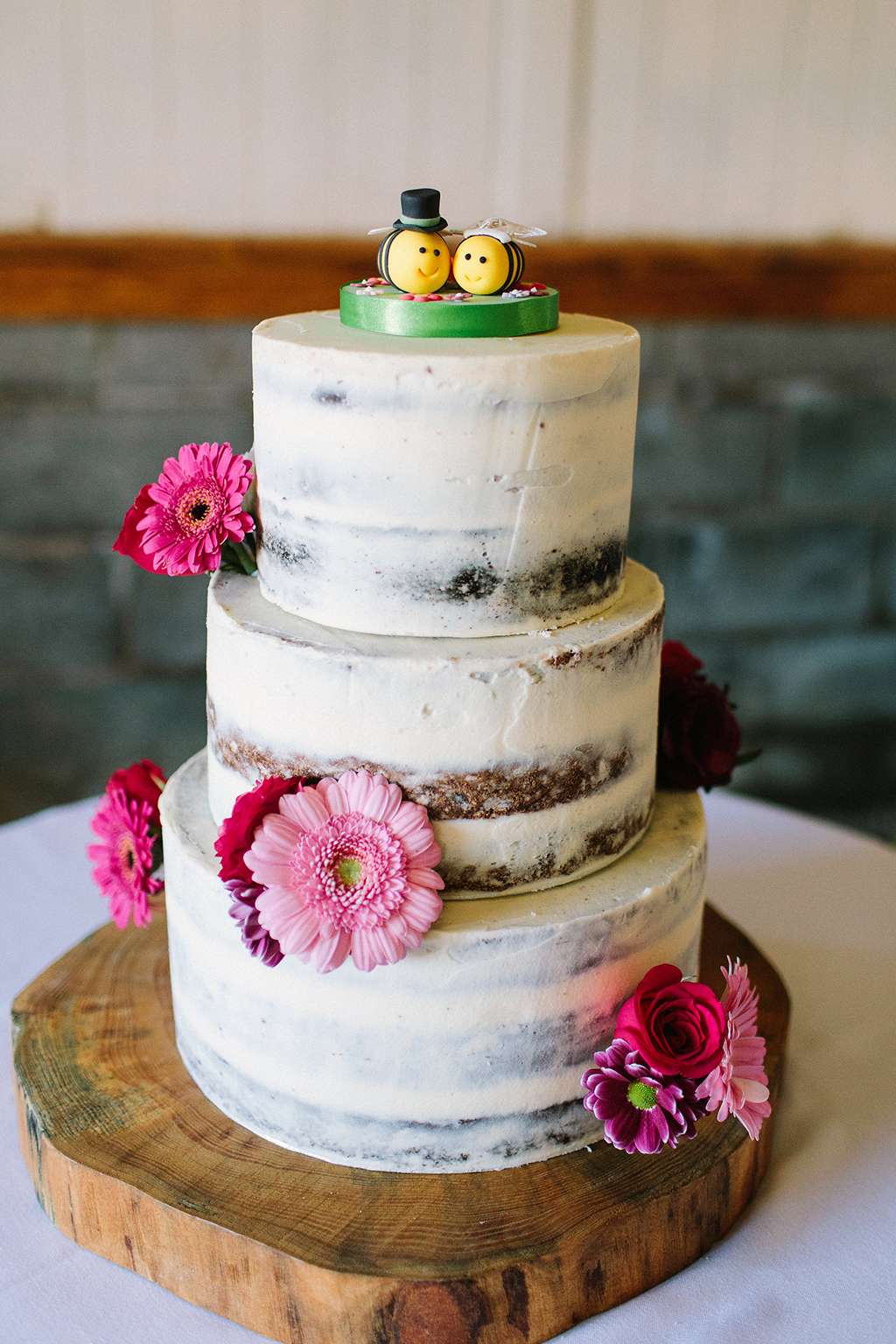 They chose to include a tree-planting ceremony during their service, as neither of them follow a particular religion, but wanted to do something symbolic of their relationship. After exchanging vows and rings, they popped a bottle of Romeo and Juliet Prosecco to get the celebrations going. “My dad picked out the prosecco mainly because of the name as Rob and I met at drama school, which I thought was really sweet… Plus it tasted delicious!” 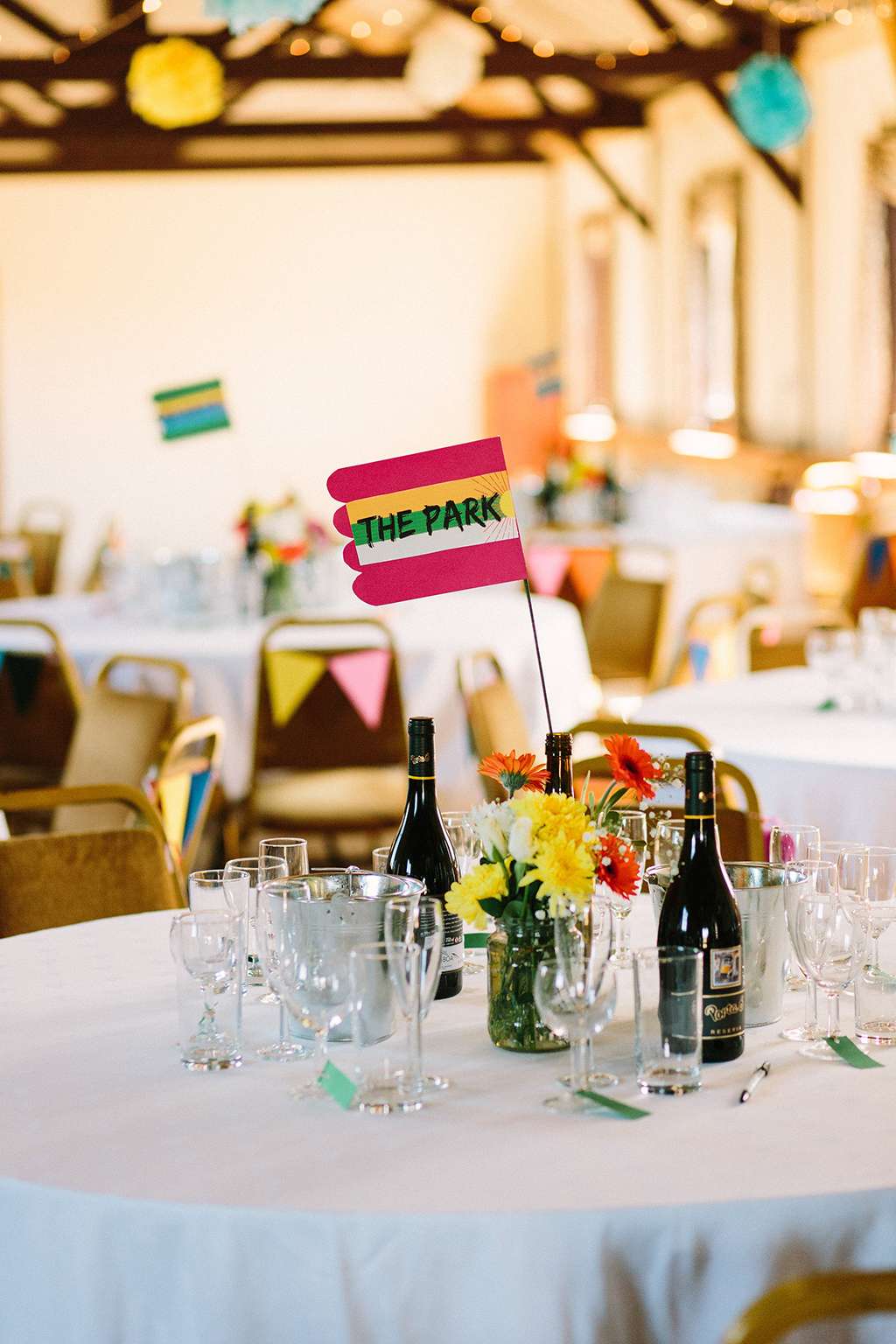 Their welcome drinks of cocktails and prosecco were served in teacups (“I love that in the photos it looks like everyone is drinking tea but really it’s all booze!”), followed by street-food style catering, and crowd sing-along band Massaoke kicking off the party! Instead of a first dance, Angela and Robin made a ‘first cocktail’ and served them to their guests, which was a great way to make sure they got to talk to everyone! 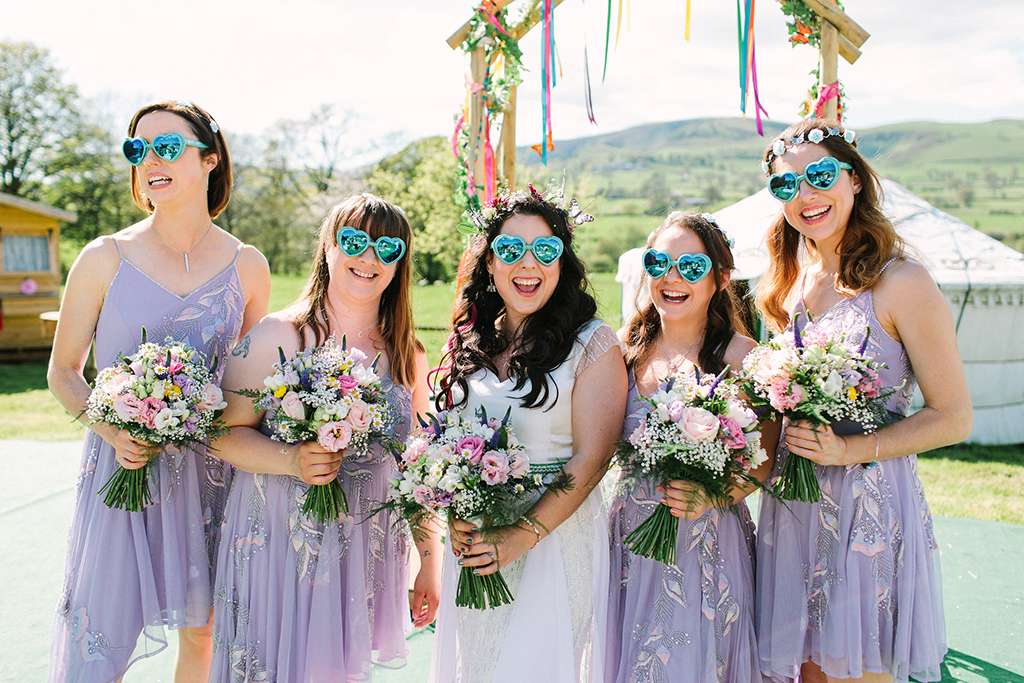 When asked if they had any advice for future brides and grooms, Angela suggests before you start planning, write down your ideal wedding and how you want you and your guests to feel on the day; “This will help when people start giving you their opinion on how you should do stuff.  Some people will suggest things that really go with what you have in mind and others not so much, which can sometimes lead to changes you don’t want to make. Having a clear goal written in black and white will help steer you through well-meaning, but often not right for you, advice!” 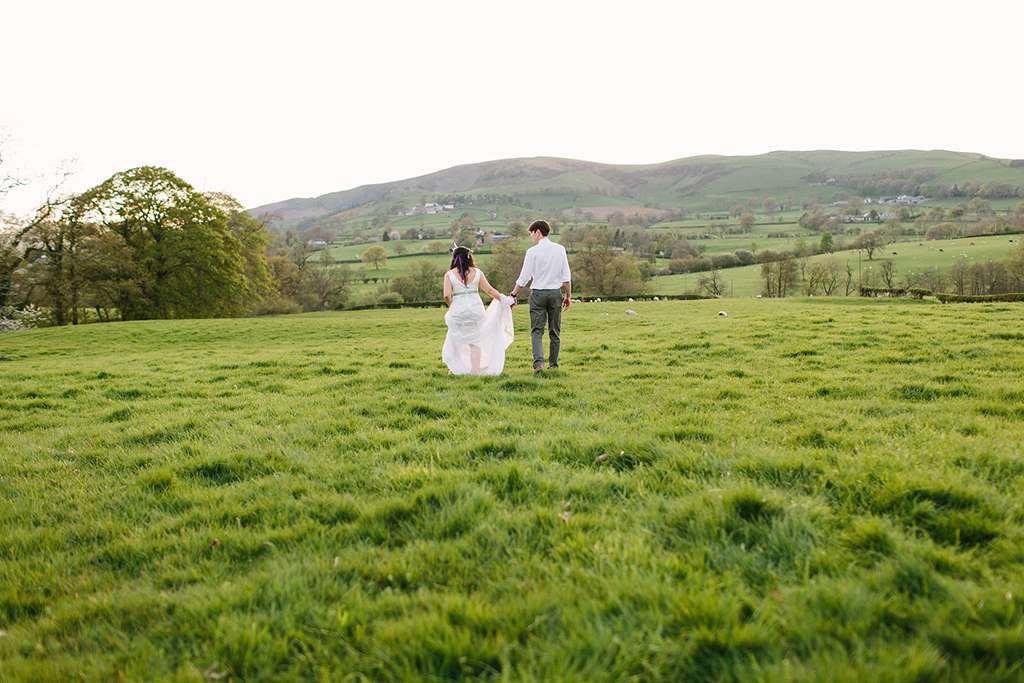 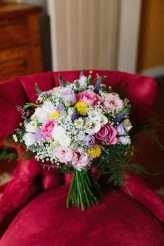 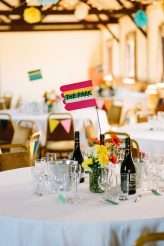 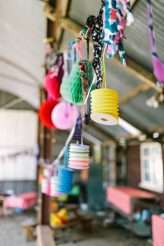 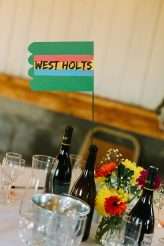 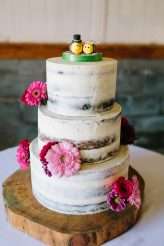 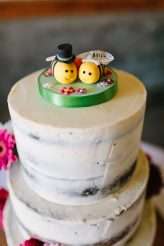 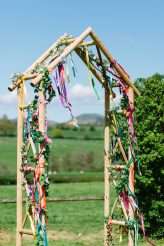 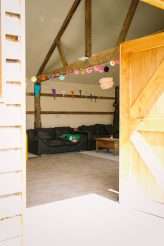 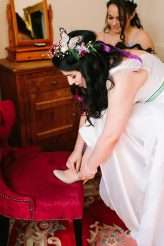 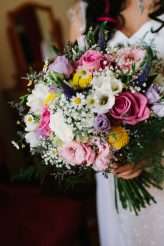 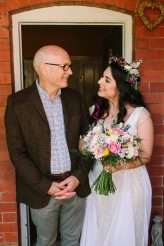 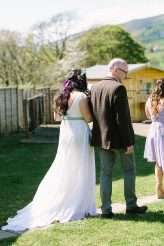 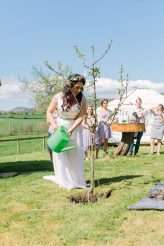 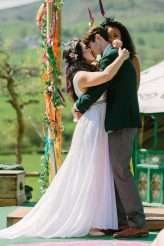 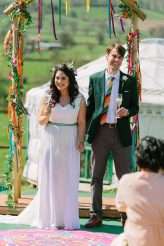 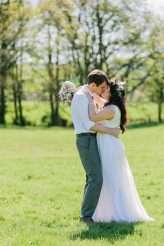 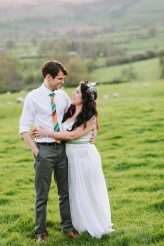 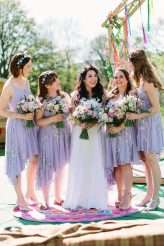 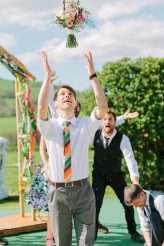 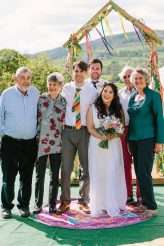 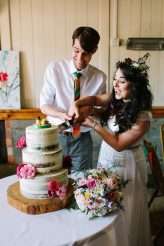 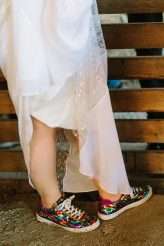