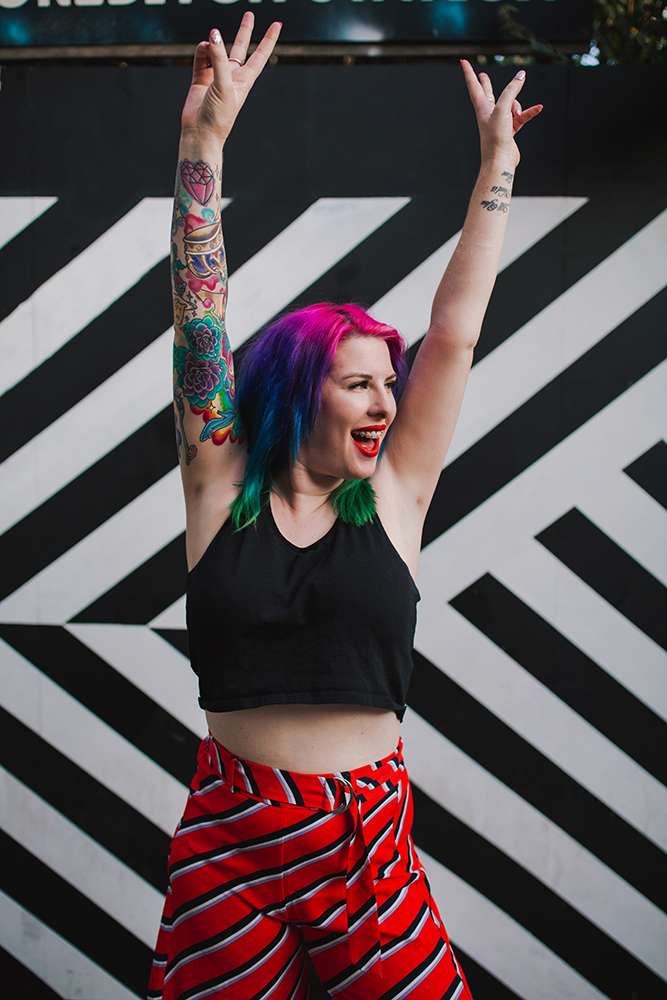 I was just going to share this on Instagram, but then I realised not only did I have quite a lot to say, but that I hadn’t sat down and written a proper article about anything other that weddings for a while so this felt like the perfect opportunity. I’ve been getting tattooed since I was – I think – 16 (yeah, not my finest hour) so I’ve had my fair share of good and bad experiences! Tattoos and Rock n Roll Bride tend to go hand in hand, in fact publishing photos of beautiful tattooed brides was really how I started this blog, so I thought you might be interested to hear about my personal journey.

While I have quite a few tattoos, I’m going to focus on my sleeve in this post, mainly because it’s the one I get asked about the most, it’s the most recognisable and it’s the one I’ve been working on the longest!

I started it in 2010, when I was 26 (OMG these photos – haha!) Initially I was pretty happy with it (although after 18 hours of tattooing I was probably mostly just happy it was over!) but after a few months a lot of it really started to bother me. The red areas were too red (I really wanted them to be more pink) the girl’s face had no ink in it, so her skin was just my skin which made her look like a weird naked ghost, and the small cupcakes looked really amateur. I also wished it had more colours in it. I think it was a classic case of being a bit of a tattoo novice, being too nervous to speak up about what I really wanted (and didn’t want) and, in retrospect, not researching artists well enough. I don’t think the tattoo at this stage was in any way ‘bad’ but it didn’t turn out how I originally envisioned it. 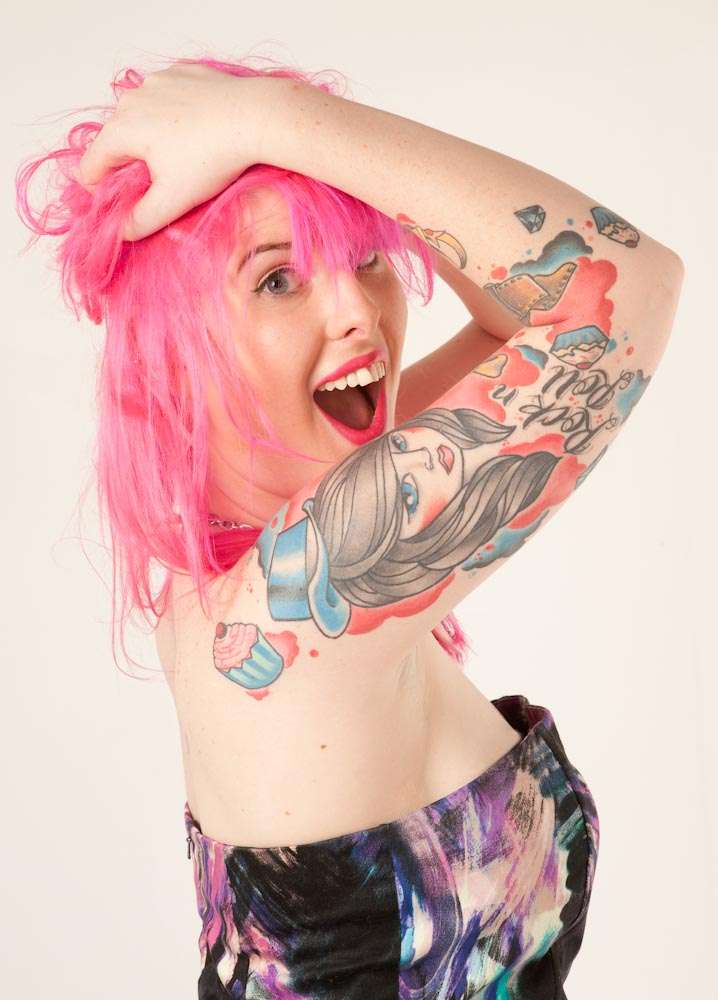 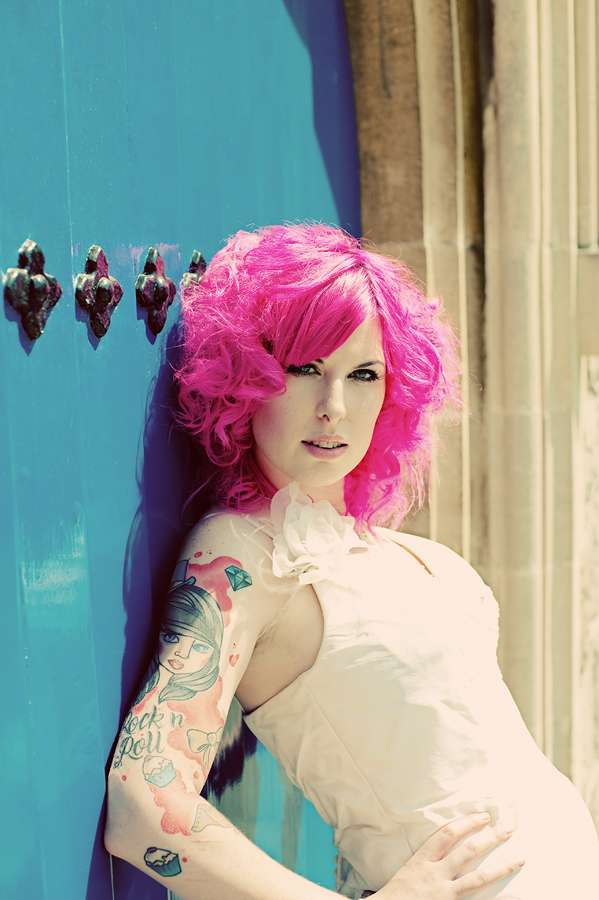 In 2013 I decided I wanted to have it reworked. After doing a lot of internet research, and being met with many brick walls from tattooists who said they couldn’t  – or wouldn’t – help, I found Leah Moule. I visited her in Birmingham and we added some more colours and gems. She shaded in the girl’s face, changed the little hat from blue to teal and added my favourite part – the rainbow on my shoulder! I was so much happier! 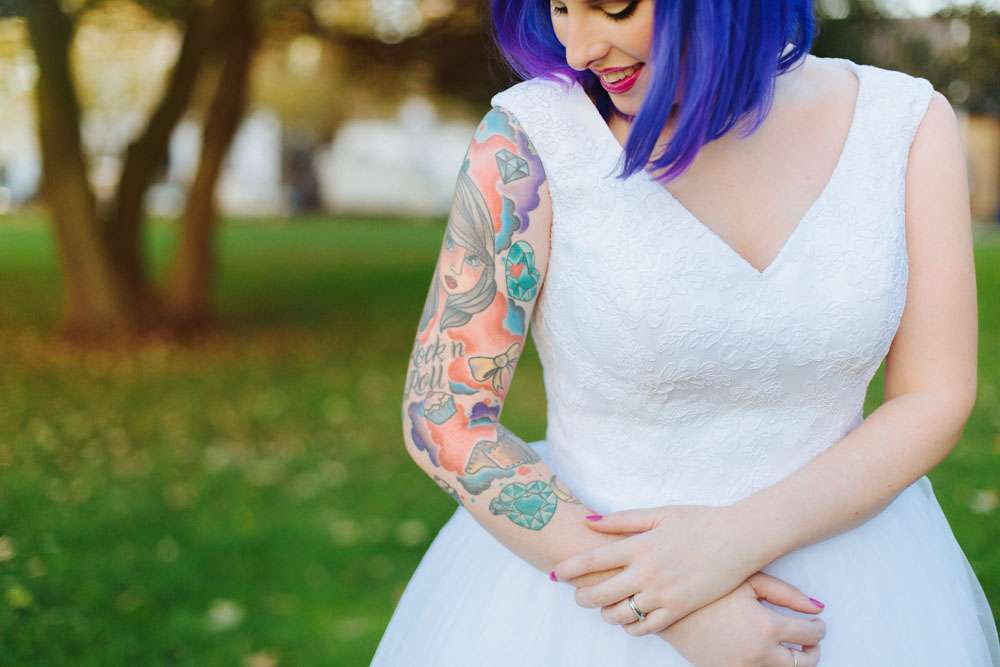 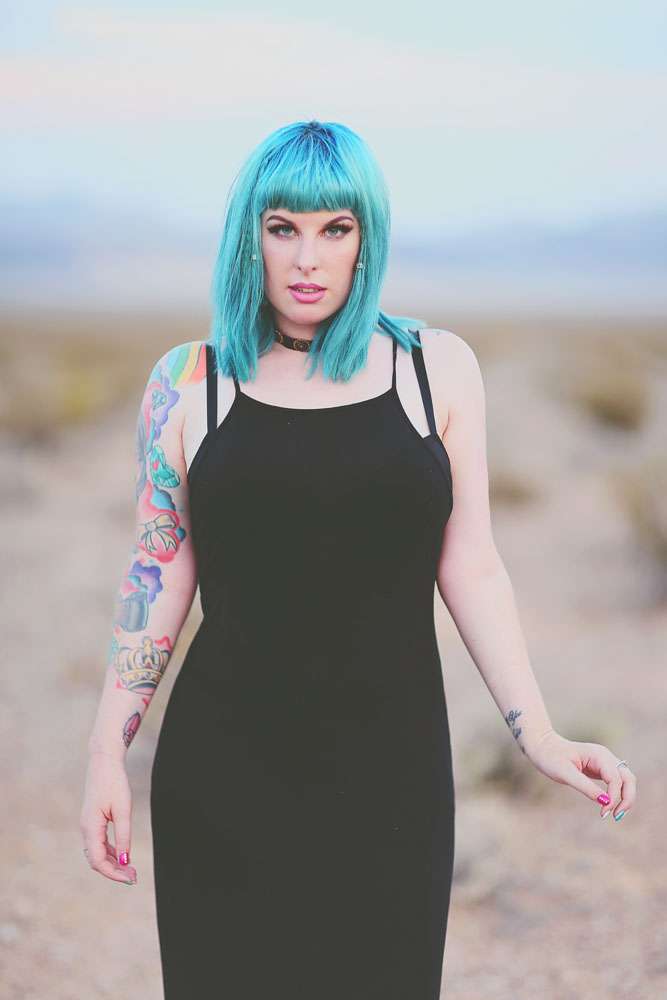 I also added the little pink heart on my wrist that you can just about see in the photo above a few years ago. It was done by Keely Rutherford.

Overall, I was much happier with how my arm looked at this point and I probably wouldn’t have thought about re-working it again, that was until I met Ashlea Peach. I booked her for a stand-alone tattoo, my Disney castle, which I wanted added to the bottom of my forearm. We got on like a house on fire and during our four hour session together we chatted about everything from our favourite Disney films, tattoo regrets, marriage and babies (her, not me, don’t go getting all excited now!) 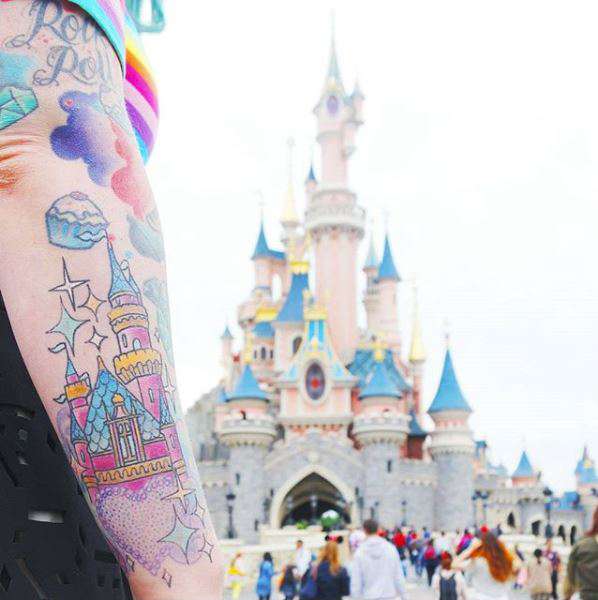 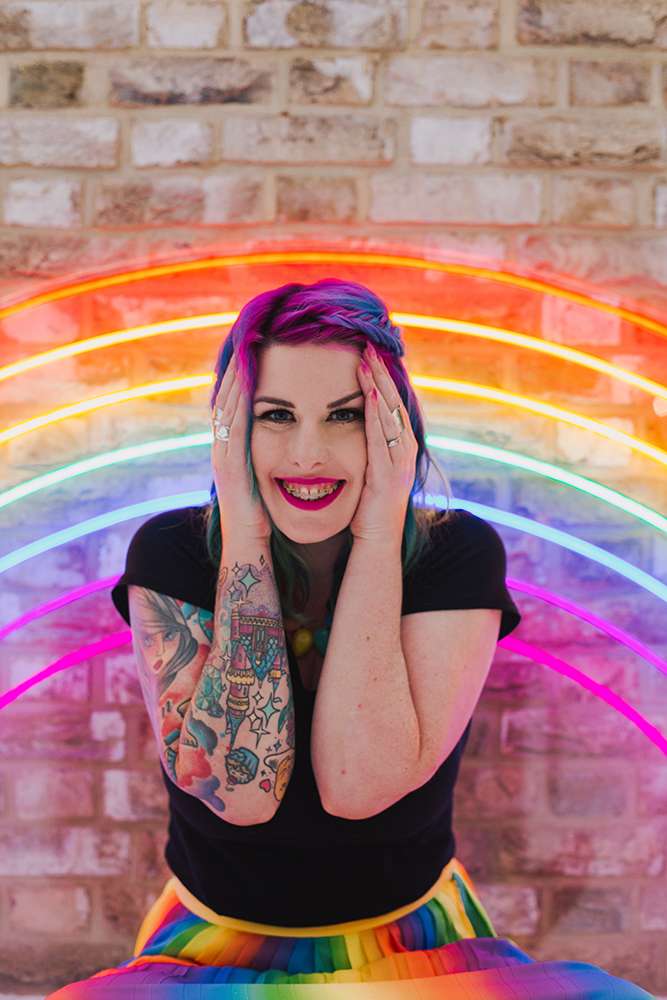 Immediately it became my favourite tattoo and I decided that I wanted to add some more Disney/ Ashlea magic to my arm. I’ve booked into see a few more times since and we’ve added Cinderella’s glass slipper, Ariel’s dinglehopper, Aladdin’s magic lamp, the Beauty and the Beast Rose and Aurora’s crown. On my underarm she did some succulents and just above the castle we threw in a Gudetama (or ‘little egg man’ as she always calls him!) for good measure. She also re-worked the small amateur-ish cupcakes so they looked way better too. Yes, it’s a bit of a mish-mash but I actually kinda love that. It sounds cheesy but I think all the elements work really well together as a kind of visual story of things I love and my journey from starting the sleeve to now. 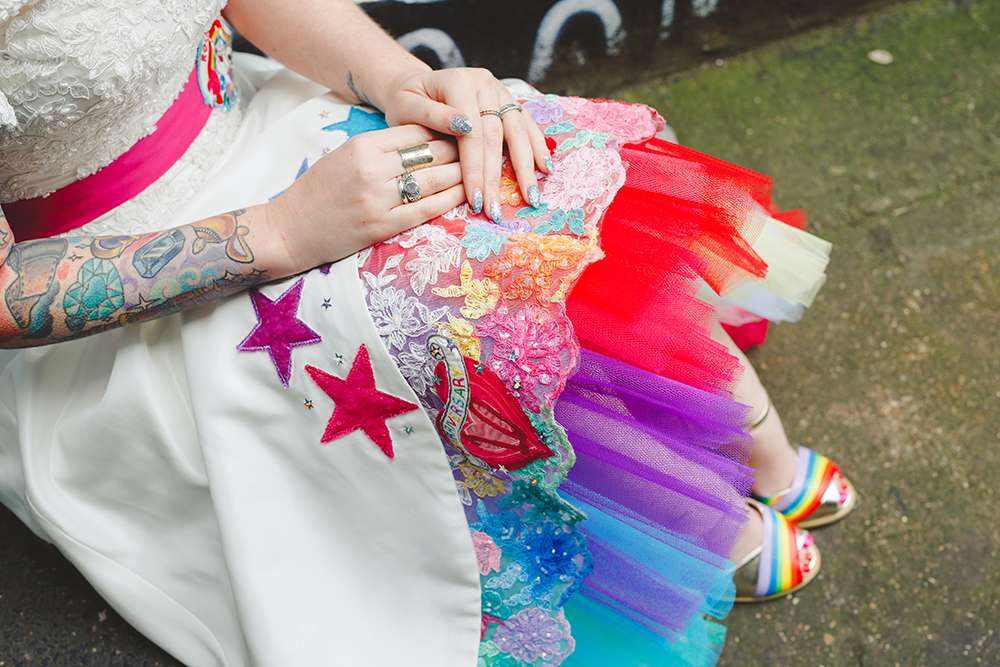 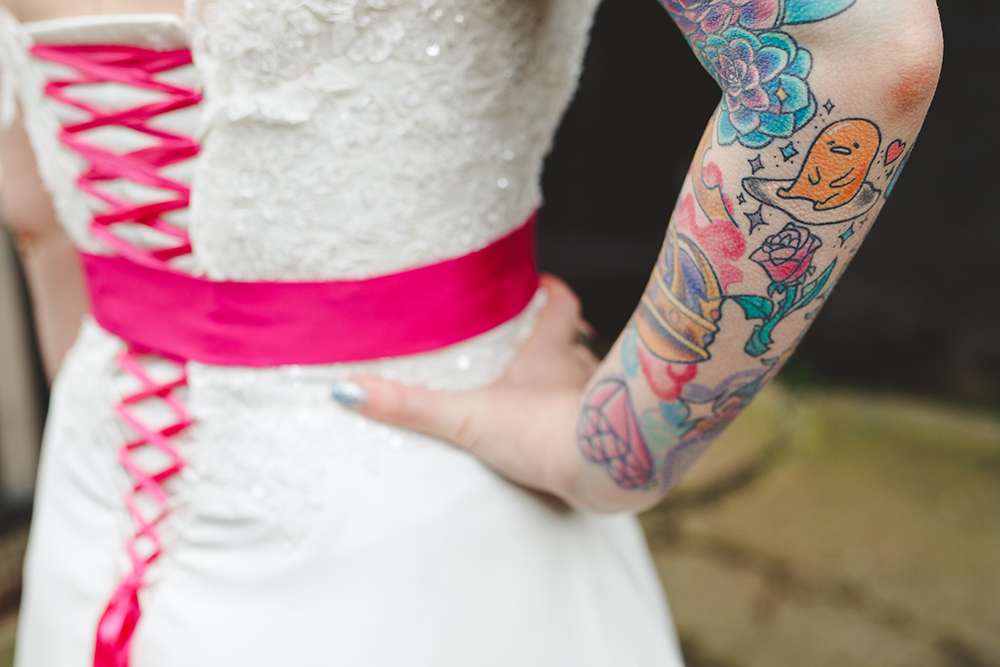 There was one part of my arm that still really bothered me though, and that was the big red area at the top. It had faded quite a lot over the past eight years but I still wasn’t totally happy with it. My signature colour is pink after all, why must it be so RED!? Every other tattooist I’d spoken to said they couldn’t do anything about it, and although I could try lasering it it, red is one of the hardest colours to remove so it wasn’t the ideal solution, or even guaranteed that it would work.

As a side note, I HAVE been having laser on an angel tattoo on my back for a while. I’ve had three sessions now and all the black outline has gone. All that remains is a purple kind of angel shape. I’m still a bit undecided as to whether to keep getting more laser to try and get it off entirely, or to book in for a cover up. If you have any questions about laser do let me know, I’m happy to answer them. But yes, it really REALLY hurts, way more than getting tattooed. I’ve been getting lasered by Ashlea’s husband, Liam, who works out of the same studio as she does. They are based in Hailsham which about 30 minutes drive from Brighton. 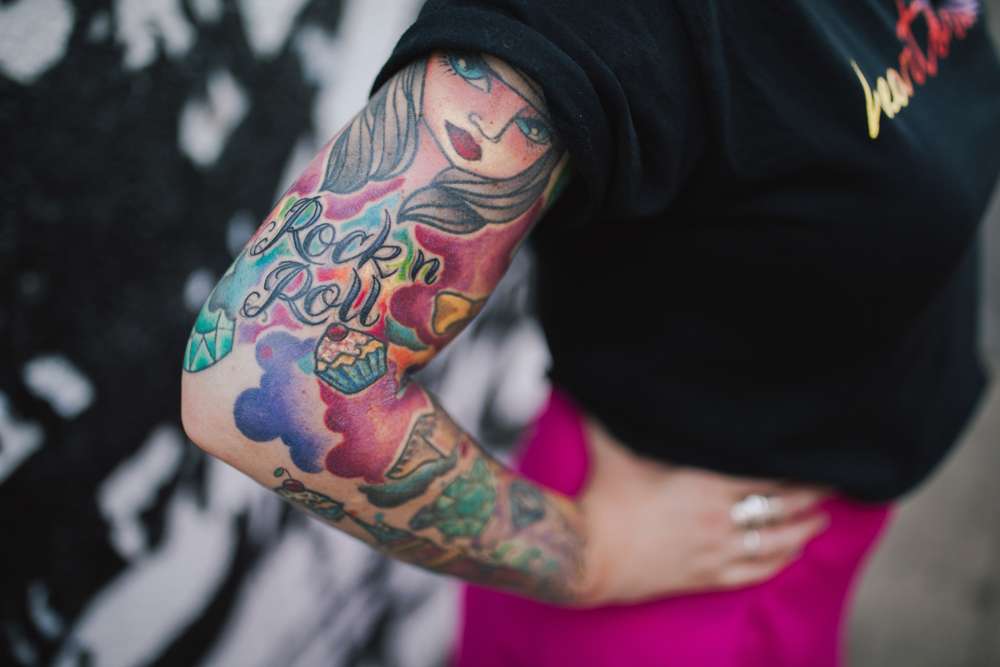 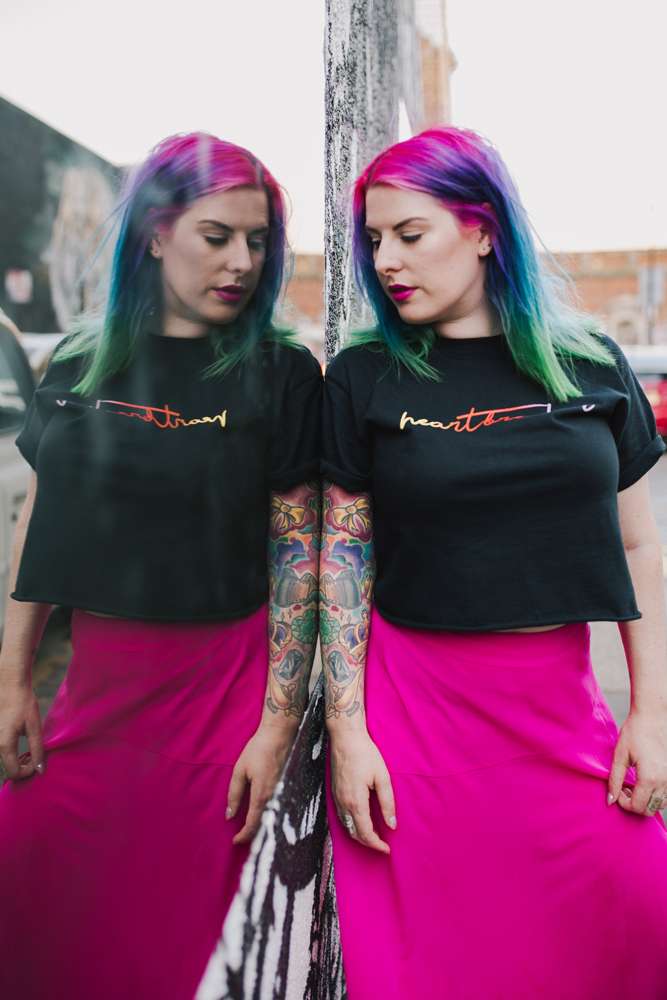 Anyway, Ashlea, my tattooing princess, told me she could totally cover the red with a more purple/ pink. She was about to go on maternity leave and wouldn’t be opening her books again for at least six months, but that’d she’d message me when she did so I could book in. I booked in with her in April, and I finally got in to see her last month!

The red actually ended up covering really quickly and easily so as I was booked in for four hours she asked if I wanted anything else doing. She reworked the ‘Rock n Roll’ text, which blew my mind at what a difference it made. I had no idea how much that area had faded! As my arm was looking pretty much solid at this point, we then decided we might as well go ahead and fill in all the little gaps we could… with RAINBOWS. We focused on the top of my arm and that lovely ouchy underside spot as I had a couple of scratches on my forearm from weeding the garden (LOL) but honestly, I don’t think I’ve ever been happier with something IN MY LIFE. It looks so good. I finally feel like my arm is the colourful representation of me that I always wanted.

Haters will say that I’ve changed it so much that in a few years I’ll probably be unhappy with it again but you know what I don’t care what they think haha! It’s my body and I’m so thrilled with how it’s now looking. It’s been quite the journey! I’ll probably go and see Ashlea at least one more time to get the forearms gaps rainbowified and after that I’ll start thinking about if I wanted to get a cover-up on my back or just continue with the laser. 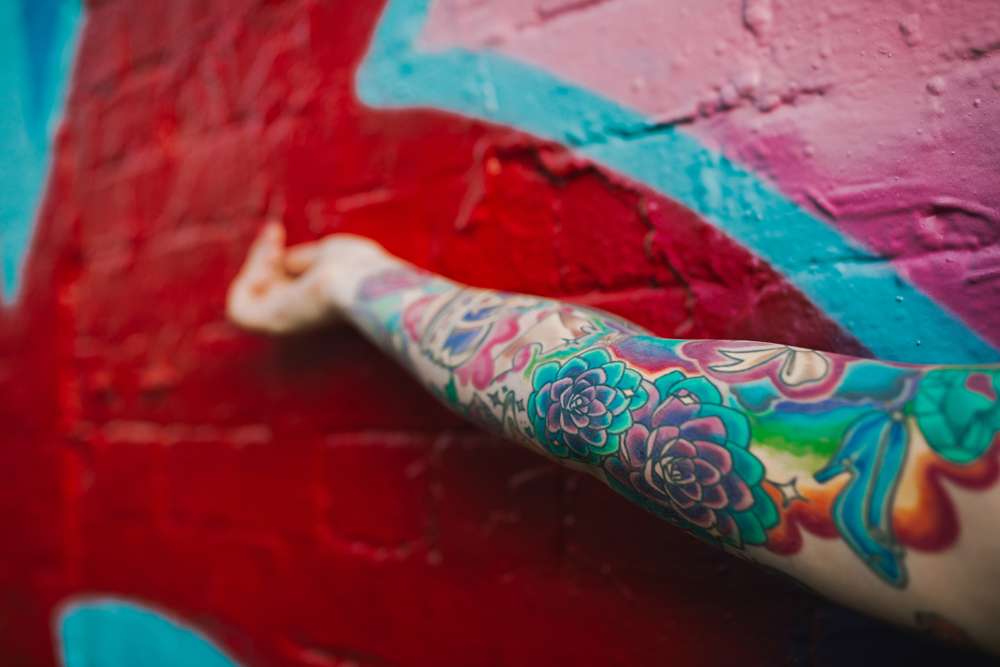 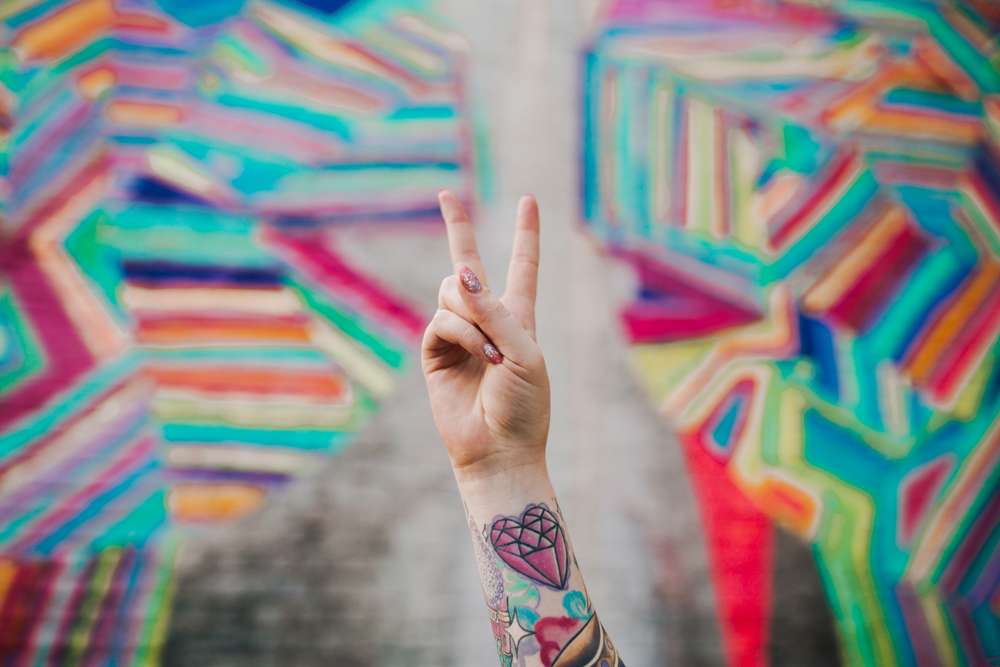 Ashlea’s apprentice asked me the other day if I knew how much I’d spent on my arm over the years, and I actually don’t really want to think about it! I’ve never added it up but it has to be something like 30 hours of tattooing and £3000-£4000. Do I sometimes wish I could go back to 2010 and get a different original tattoo? Sure, but life isn’t about living with regrets. Life is about having problems, coming up with solutions and not staying stuck with something that makes you unhappy. 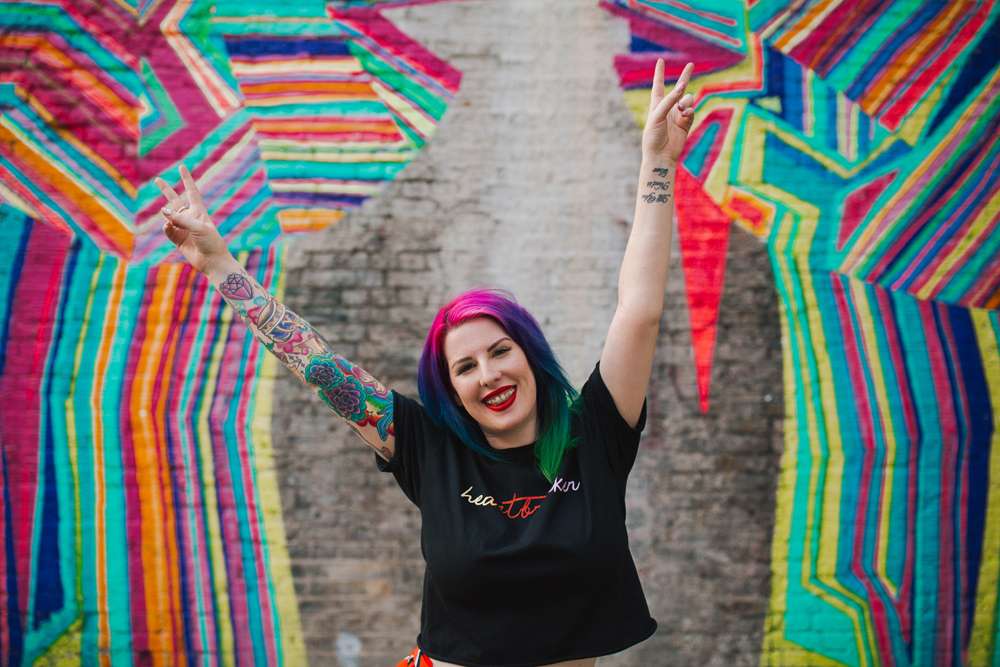 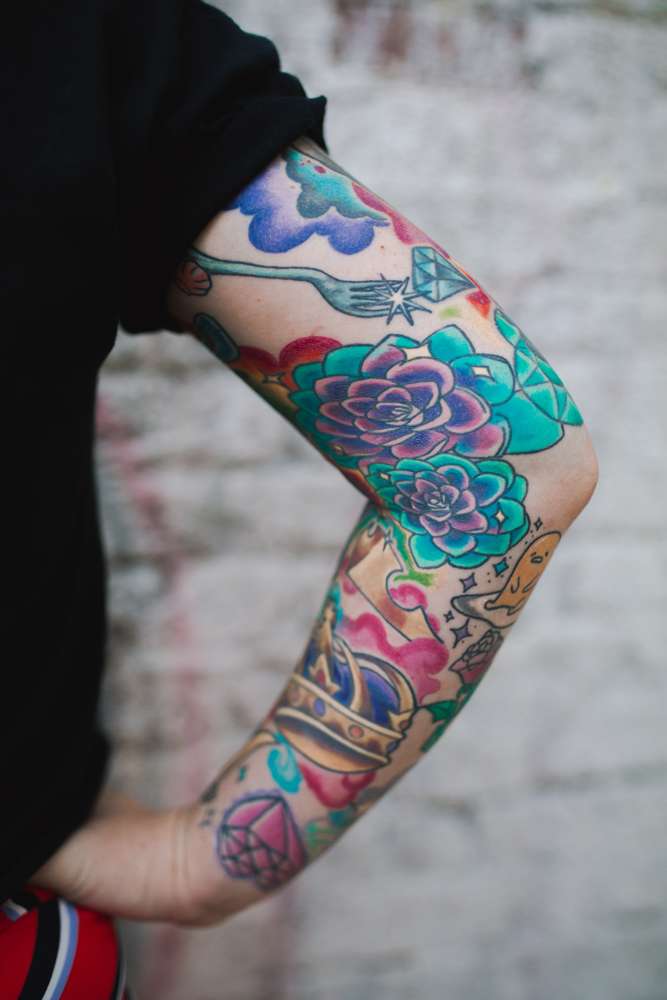 If you have a tattoo you’re not loving anymore I hope this posts inspires you to think about what can be done about it. Whether that’s laser, cover up or a re-work. And for the rest of you, I hope you’ve just enjoyed seeing how much it’s changed over the years!