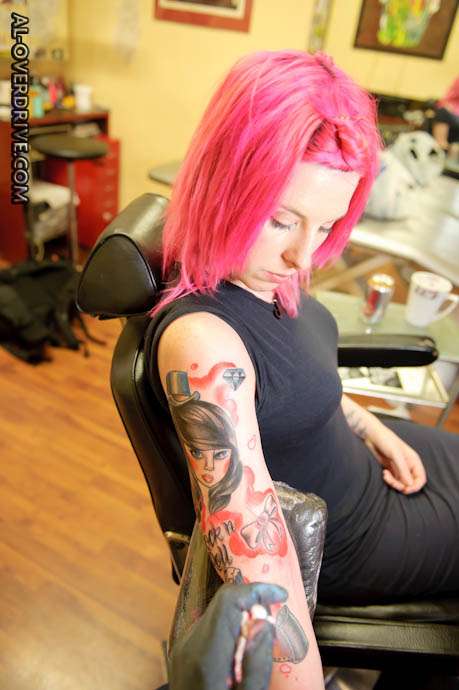 OK, so I’m so bloomin’ impatient. My sleeve tattoo technically isn’t finished yet (I’ve got another 4 hours or so to go in 4 weeks time – I’m adding some more colour to the background and some more cupcakes and diamonds – yum) but I’ve waited 2 weeks already to share these pictures and I can’t do it anymore!

At my last session at the amazing Blood Brothers Tattoo Studios in Holloway Rd, London, photographer Al Overdrive offered to pop down and take a few photographs of me in pain/being brave/getting inked. Al won Tattoo Photographer of the Year this year and is pretty well known in the music and tattoo photography market, shooting for magazine like Skin Deep, Tattoo Master, Rock Sound and Terrorizer as well as shooting some pretty damn cool alternative weddings.

So while tattooist Mike Harris (I love him) went to work on me (so to speak!) Al snapped away. Aren’t these shots great?  I’d do have to say it wasn’t the most fun photo shoot I’ve ever done (ouchy) but the results are a great little memento to have. My facial expressions are priceless. I seem to go from pained smile to manic grin to an “I’ve had enough now thank you” look rather quickly!

Stay tuned for more in about 4 weeks when I have the final touches done…and I’ll have some even more exciting photographs to share with you then…and not just of me. Eeeek!

Huge thanks to Al for taking the time to come and take these photographs for me and to Mike (of course) for the tattoo awesomeness – roll on part 3! 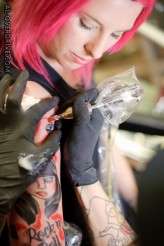 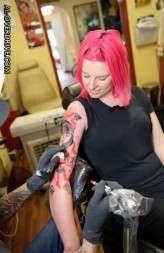 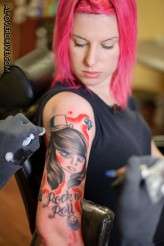 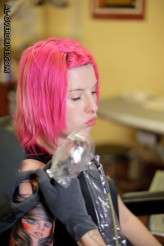 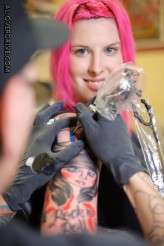 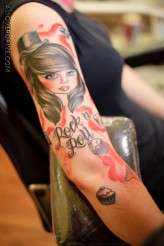 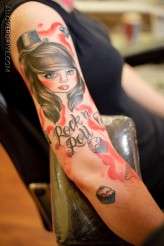 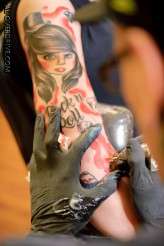 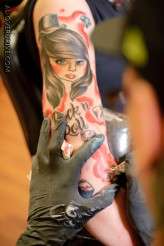 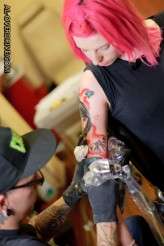 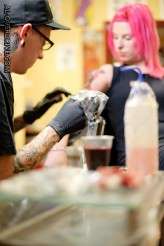 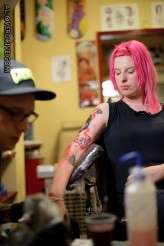 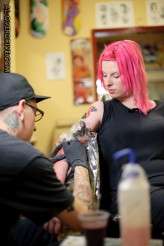 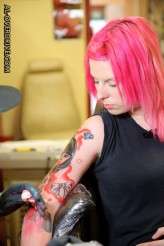 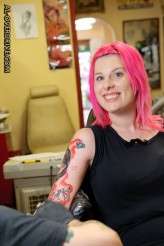 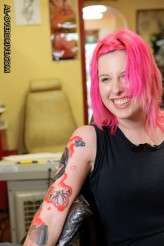 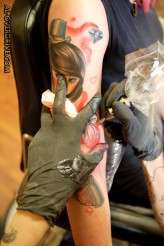 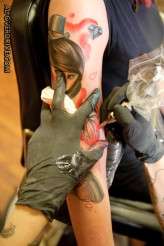 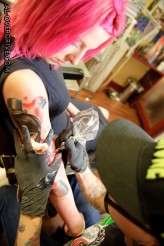 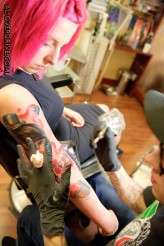 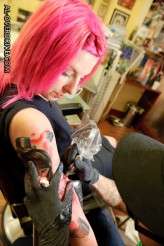 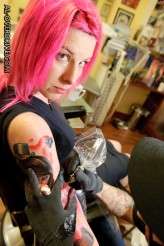 A Sunday Kind of Love: Pictures of You…

It's been such an exciting week, not least of all because the photos of you lot with your Rock n Roll Bride magazines have been coming in thick and fast! I know not everyone will have got there's yet (we're packing and shipping every single one ourselves - eeek - we are getting through the orders as fast as we can!) but my inbox and twitter stream have been awash with Rock n Roll awesomeness all week! Keep your photos coming in, I'll share some more of them over the coming weeks. Here are some of my favourites from the last 7 days...

A Sunday Kind of Love – Videos from the Cosmopolitan Blog Awards

Oh we did laugh at the Cosmopolitan Magazine blog awards last week...I'm sure Adam & Charlotte don't really hate me...eeek. Thanks to photobooth.co.uk for the video! You can see more photo booth photos from the event here.