We see a lot of weddings with similar themes but I’m pretty sure this has to be one of the most unique days that’s graced our pages in a very long time! Blue and Dean had a full-on zombie themed wedding complete with all their guests dressed up in costume, a disembowelled torso wedding cake and a blood fountain!! 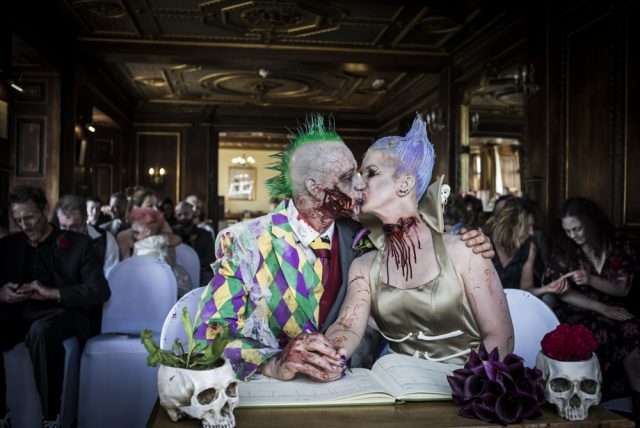 The wedding was held on the Isle of Wight. “The best thing about planning our wedding was thinking of all the awesome aspects from big to little”, said the bride. “From the homemade fire bouquet to the blood punch, and knowing the increasing amount of people getting involved and bringing more epic stuff to the table! Although the planning was a bit last minute (we did it all in seven weeks), it was very exciting when we came to learn how well we could do the theme.” 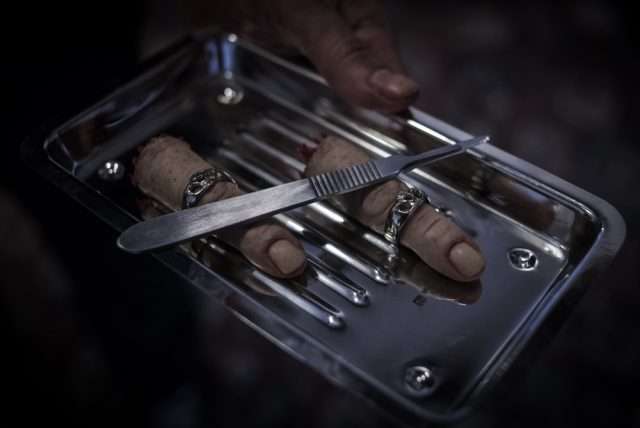 Although the ceremony had many of the traditional elements (exchanging rings, vows etc) that’s pretty much where anything ‘standard’ about this wedding ended! “We had a short ceremony that was very personal, and very much fun of fun, love and laughs”, she continued. “I entered alone to Rob Zombie’s Pussy Liquor playing along with a smoke machine as the doors opened, our friends and family all whooped and cheered and I punched the air on my way down the aisle. The registrar (who had not been warned about the theme prior to attending, despite me asking!) asked us to do a twirl so that everyone could have another look at us and cheer some more. The registrars apparently looked a bit surprised when the venue manager (also in full dress and make up) went to meet them where they were told ‘I’m the last of your worries, wait till you get inside!’” 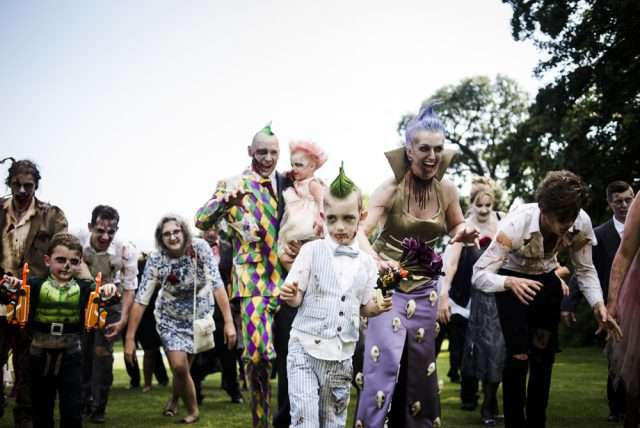 “We personalised our vows which included Dean being my zombie slayer, Superman and entertainment, and me being his zombie slayer, Wonder Woman and organiser; and when we exchanged rings (that were presented on a surgical platter on severed fingers) the vows were ‘I give you this ring as a sign of our awesomeness, may it always remind you, of how awesome we are’. The registrar added in comments such as how perfect we were for each other, and did not seem to mind when our bloodstained hands marked the official wedding book. We played Rancid’s Who’d Have Thought and Blood Clot whilst we did the signing and Dropkick Murphy’s Goin’ Out in Style when we walked out.” 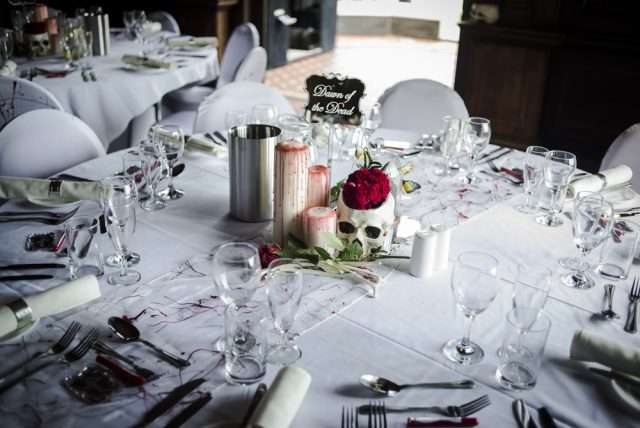 Of their £10,000 budget, their venue was the biggest cost at just under half of that. They saved a lot of money by not opting for anything traditional and hand making lots of things themselves. “We made the fire bouquet ourselves (well the best man did!) It was fashioned from a fire stick and some metal roses which were held together with wire and sprayed back. Our best lady also assembled all of the body part props and sheep ribs onto blood splattered silver platters and we dripped red candles over large church candles to produce the blood effect. She also created the blood punch which we bought the fountain and test tubes to serve it in. We also blood splattered all of the chair covers, table runners, aprons and shoes ourselves and distressed the kids outfits for the theme.” 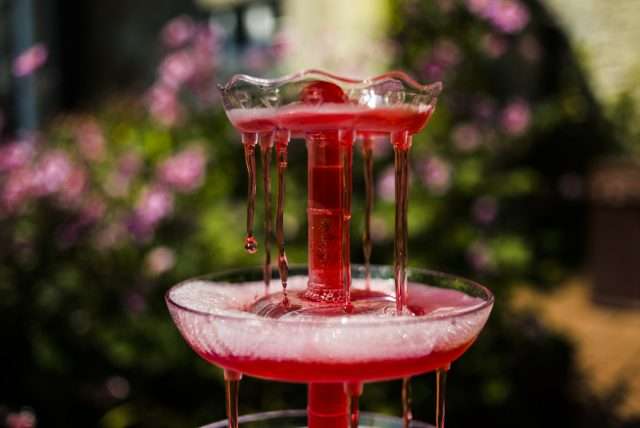 With a day so incredibly creative, it was impossible for the couple to just pick one element that they loved over everything else. “We loved ALL of it!” Blue explained. “The whole day rocked from 6am right through to 5am, every bit of it was cooler than we could’ve imagined, and exactly the kind of laid back knees up we were after!” 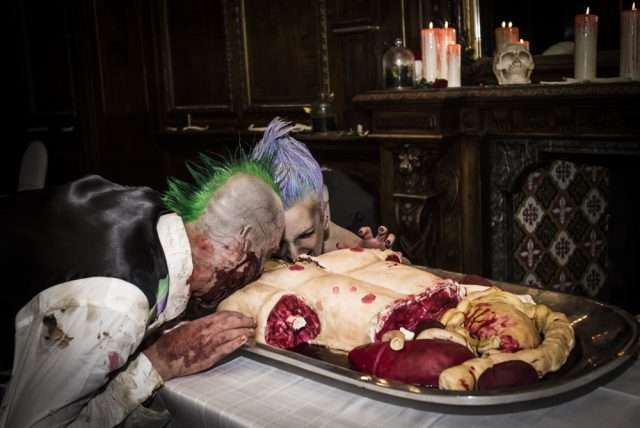 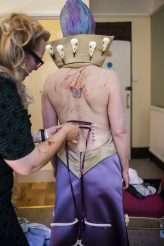 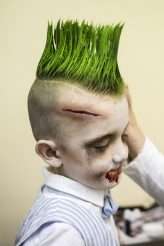 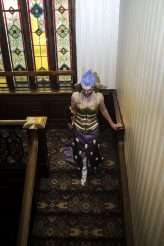 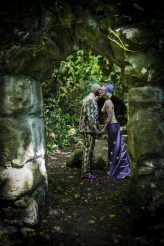 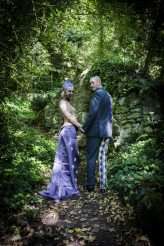 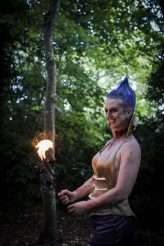 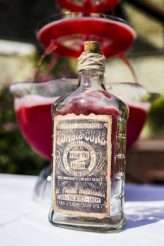