Jemima and Dylan first date was on Skype! They had been basically bullied into adding each other on Facebook by a mutual friend due to their equal love of Star Wars and the band Bane. They decided to give long distance dating a chance (Jemima lived in Sydney Australia and Dylan lives in NYC) but two years later sealed the deal and got hitched!

Their wedding day was an eclectic and relaxed pub party, “We wanted something casual but still very fun,” explained Jemima, “ultimately though, it had to be ‘us’. We are both vegan so had an entirely vegan wedding. It was really important to us to find a reception venue which could cater this in a way that wasn’t intimidating to our guests. The Gasometer were fantastic in providing us with a really accessible vegan menu of great canapes like tacos, sliders and spring rolls that were all familiar to non-vegans and also totally delicious. We also tried to incorporate as many elements as possible that could be reused or recycled. All flowers were given to people and the venue to dry out and keep as decor and both our outfits can be entirely worn again.” 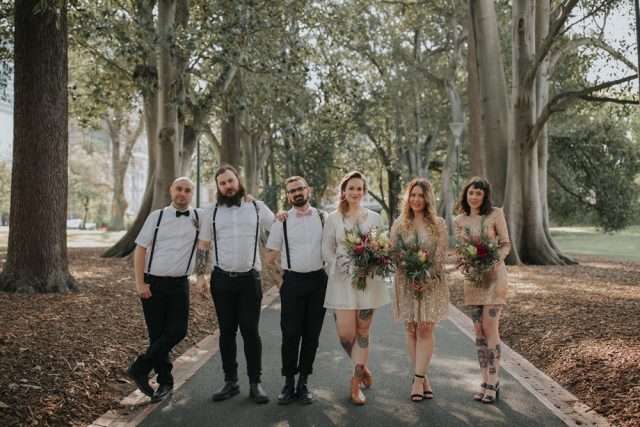 On their wedding day they met to do a ‘first look’ before heading to the Registry Office together for their ceremony, “As we had to meet at the Registry to go over our paperwork before the ceremony we decided to do a first look 15 minutes beforehand in the park next to the office. I’ve never been a very emotional person, however the moment I met Dylan down there and he turned around it was all over and the waterworks were well and truly flowing! Our first look actually turned out to be my favourite part of the day; the idea of having that first moment in front of everyone as I walked down the aisle terrified me so I’m glad we got to do it privately with just us, our photographer and our bridal party.” 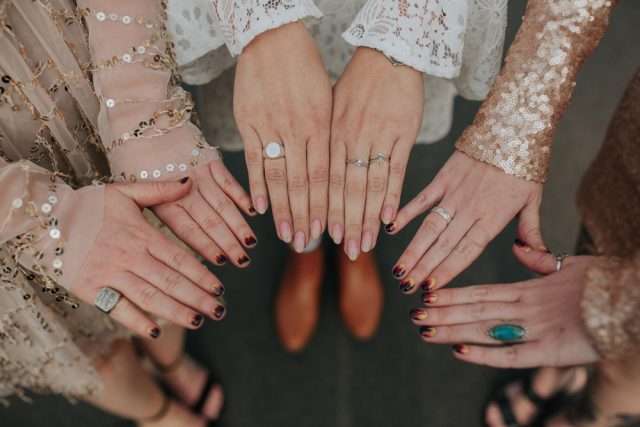 Their ceremony was short and emotional, “As we didn’t want to really focus on the formalities having a short ceremony suited us perfectly. Dylan’s family couldn’t make it and neither could one of my bridesmaids who also lives in The States so we had one phone on Facetime with his mum and another phone Facetiming my third bridesmaid (who wore her dress for it even though she wasn’t there)! I walked down the aisle to Notes by Modern Baseball, a song which was on a playlist Dylan had made me when we first got together. I chose the song without Dylan knowing so his reaction was perfect and I didn’t expect to get as emotional myself as I did while walking down the aisle.” 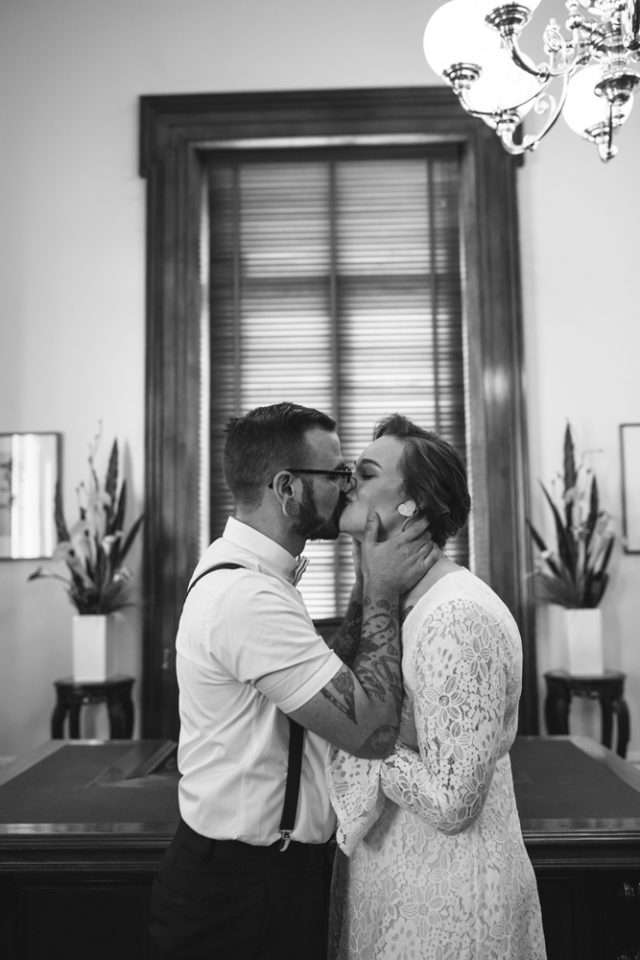 Jemima had decided to make her own bouquet with fresh flowers, but this didn’t turn out to be as simple as she’d hoped, “My friend Jenny and I woke up at 3.30am the morning before the wedding to head to the flower markets to buy our flowers wholesale so we could DIY our bouquets and all the arrangements. Turns out the Melbourne flower markets aren’t open to the public and it began a frantic morning of running around to a different market! Luckily we found exactly what we needed to put everything together.” 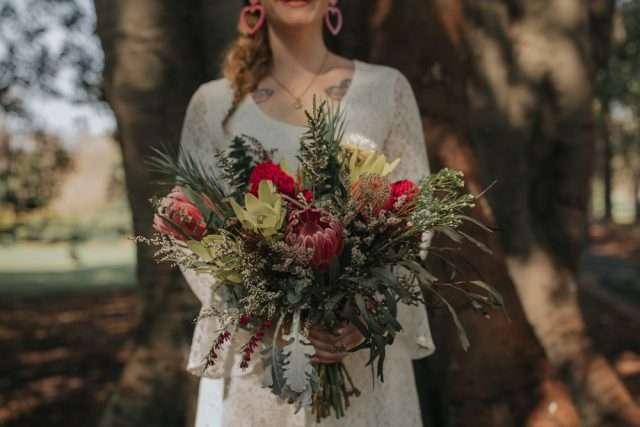 Their biggest expenses were food and drink, but they saved major money on Jemima’s dress, “Food and drink made up most of our budget as we wanted to make sure people were fed and merry. But, rather than buying a traditional bridal gown, I bought a $60 white lace dress from a chain store. I did have a dress from an online store that was more ‘bridal’ however I just felt this one was much more me.” 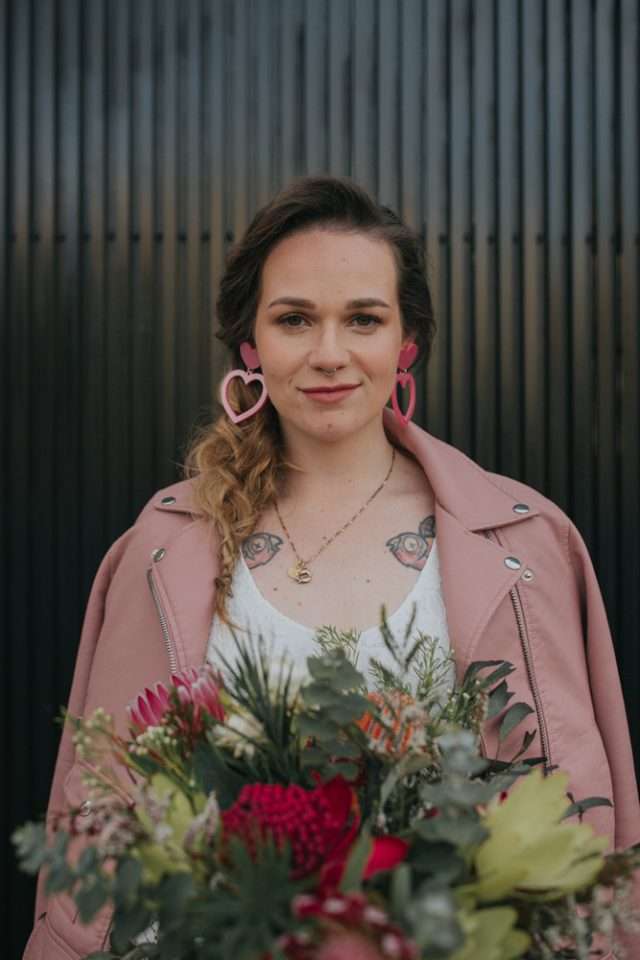 They found the worst thing about planning their wedding was trying to balance everyone and keep everyone happy, “Managing all the relationships was hard. I come from a blended family which can be difficult when it comes to trying to make everyone happy. I had to step back and realise that it was OUR wedding and that it didn’t matter as long as we were happy with the final product.” 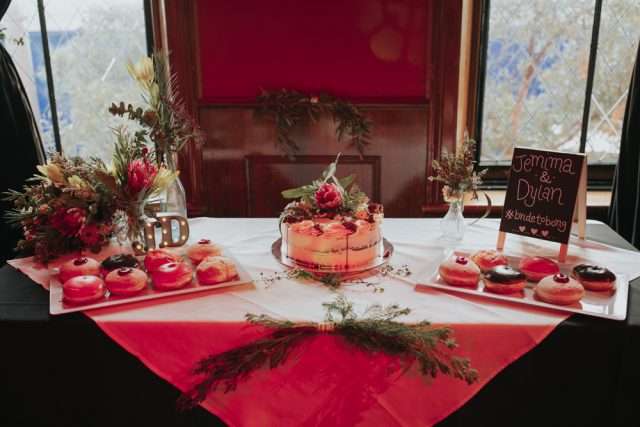 “Our advice for future brides and grooms is remember that it’s about YOU TWO. You get to be selfish and you get to do the things that you both want to do. If people are annoyed by that and can’t just enjoy the celebration that you’re throwing to celebrate your way, then are they really worth the invite? So try not to stress over making everyone happy, because that’s impossible and never going to happen. I had a lot of anxiety leading up to the day that it would be weird and awkward but it honestly could not have gone any better. The best compliment we got from a guest was that it was the most honest wedding they’ve ever been to and that’s all we wanted.” 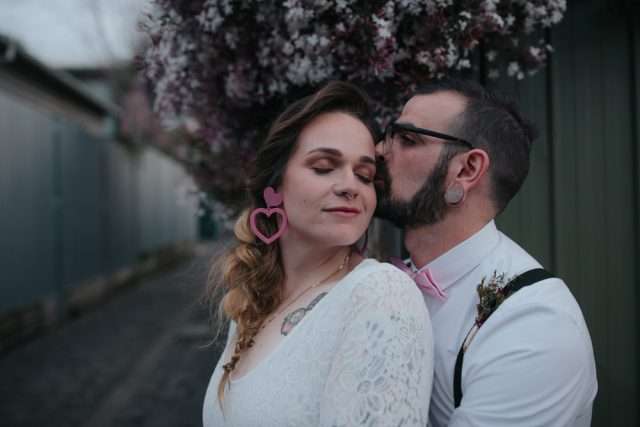 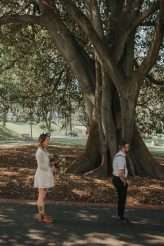 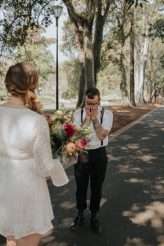 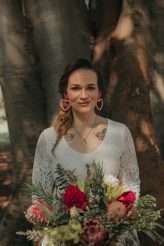 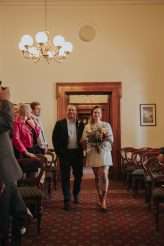 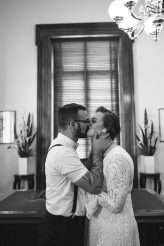 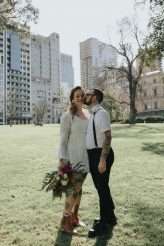 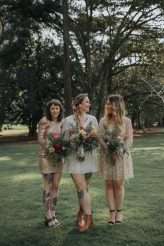 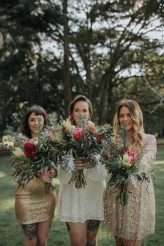 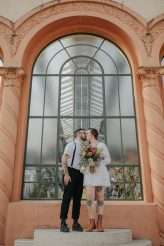 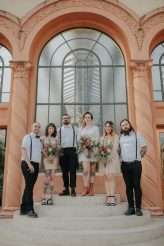 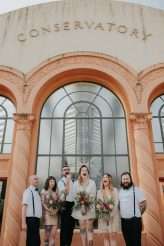 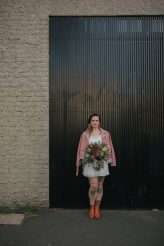 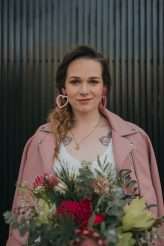 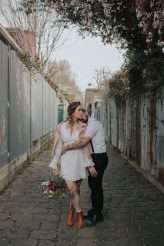 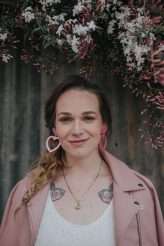 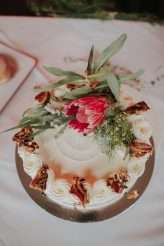 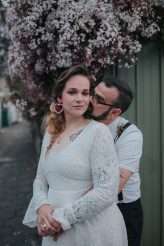 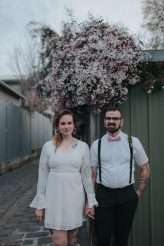