Brooke and Reece first met in high school and were married in Australia in September. The main inspiration for the wedding was their venue; The Provincial Hotel in Fitzroy. It had the laid back feel they were after and had lots of rustic charm. Their theme was mash up of rustic, handmade details and the Great Gatsby. They decided to not have a first dance, cut the cake or throw the bouquet as they didn’t want a scheduled wedding with time frames and things to remember, they just wanted to party! 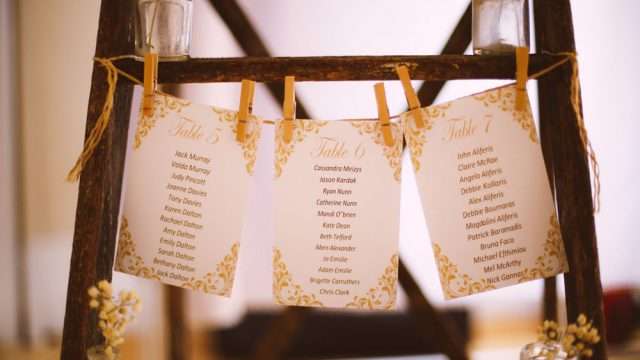 “We have a love for the art deco era but didn’t want to fully base the wedding on a theme so we chose certain aspects to be art deco inspired and the rest rustic and laid back,” explained Brooke. “We really wanted a venue that was in Fitzroy as that area means a lot to us. We were so happy to find out that The Provincial Hotel does weddings as we frequent there often and we wanted the venue to show a little something about us.” 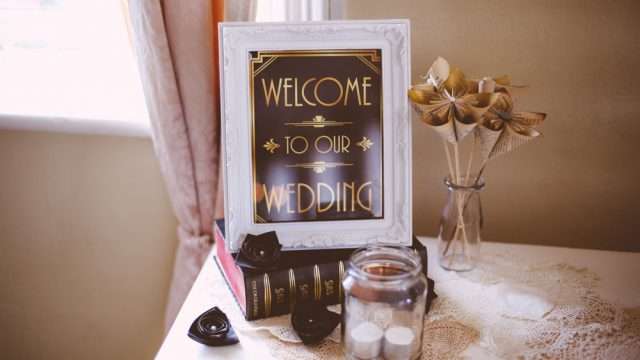 Brooke wore a black art deco inspired couture gown, “I don’t ever wear white and I wasn’t going to change that just because it’s my wedding, so I wore black. We also chose to have a nighttime event with the reception following straight after the ceremony as we wanted our day to flow and didn’t want to put any of my guests out (we always hated the wait in-between at weddings).” 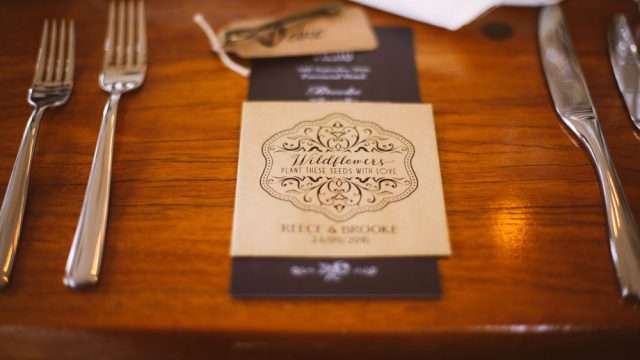 The couple’s favourite part of the day was their ceremony. “Our ceremony was held in the hotel’s beer garden. We hired mis-matching chairs and collected hundreds of jars to be filled with tea lights. We also made an electro-swing playlist and had bartenders walk around with champagne and beer so that it had a relaxed social feel. I thought I would be very nervous and probably cry as I walked down the aisle but I was so calm, my sisters (bridesmaids) where more nervous than me! My father walked me down the aisle to Blue Jeans by Lana del Ray and then Reece and I read our own vows to each other. We didn’t exchange rings as I was more than happy with my engagement ring (an original 1930s art deco ring), and Reece had been wearing his ring since the day we bought it!” 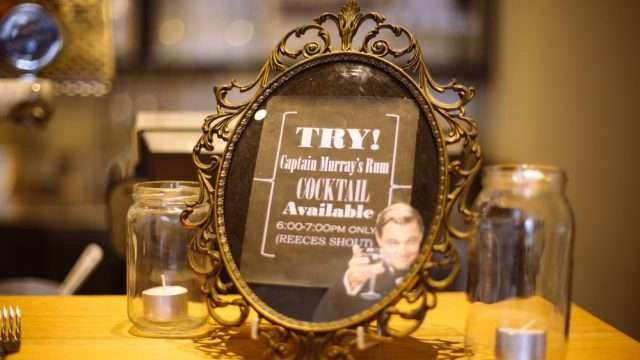 “Our celebrant was amazing and made it really easy, she read a little story about how we meet which the guest loved and we all had a giggle. The whole ceremony took just 15 minutes and, once all the paperwork was signed, we all hugged and celebrated to Stand Up by The Prodigy.”

“For DIY projects we came up with the bright idea of handmaking all the flower table decorations, but we needed at least 400. Luckily we started on these early and had help from my mum as they took forever just to make one! The most stressful part of the wedding was making sure they were all finished in time, and worrying if they would look any good!” 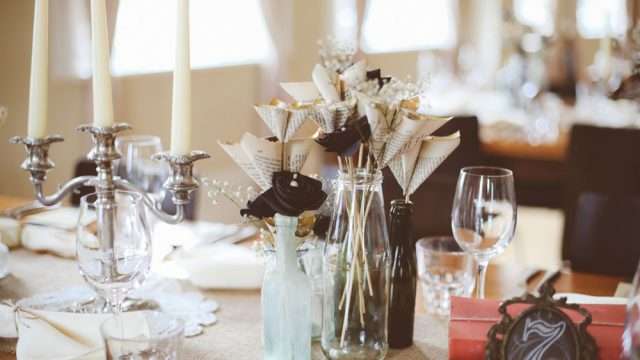 In the end, the couple’s biggest expense was the bar tab! “We wanted endless amounts of alcohol as we didn’t want any guest to pay for their drinks. We also designed our own cocktail called captain Murray’s (our married name) to be served; it was a mix of our favourite spiced rum with either coke or ginger beer.”

“We managed to save money on transport and on our videographer. My grandmother’s partner is a chauffeur so he gave us a lift to the wedding and we were lucky to come across Danae Monaco from Me and My Camera, who became our photographer and videographer. She was offering stop motion wedding films for half price at the time we found her and it was perfect. Not only did we get a film but we also got heaps of beautiful photos from the film stills.” 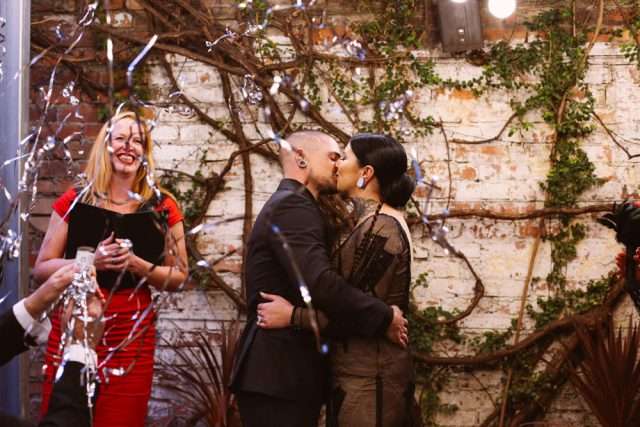 “The best thing about planning the wedding was going vintage shopping. Reece and I bargained and found some real treasures! A lot of the items we bought we still use in our house today. We bought old candle stick holders, old crates, old lanterns, worn out ladders and hundreds of old bottles. We also loved spending weekends at home building and planning together.”

“In retrospect, the only thing I really regret is not bringing my converse shoes for later on! I’m used to wearing heels and thought I would be fine. I was more concerned about how I would look in flats then how I would feel. Oh was I wrong. It was such a mistake. I spent the last hour of the night sitting down as my foot was about to fall off.” 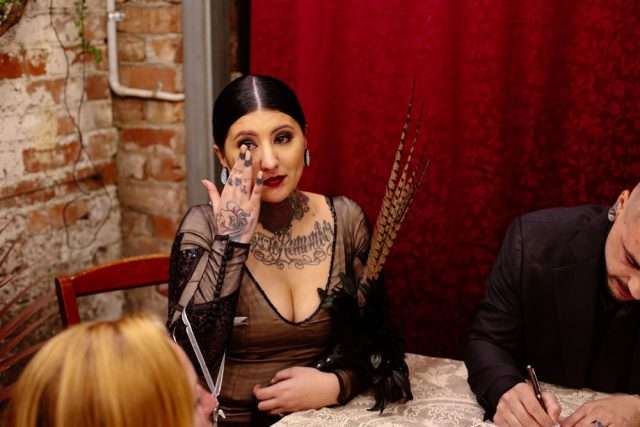 “Our advice for future brides and grooms is if you’re doing DIY start it early! You have plenty of other things to organise closer to the date so get the projects done at least one month before. Remember some DIY works out to be more expensive and time consuming then just buying it in a store. If your hiring props try and use just one company for everything (we used several and it got very confusing when they came to collect them the day after the wedding). Pick a venue that will have the staff to help you set up and pack up. The Provincial Hotel had its own event manager who was a legend. He made sure everything ran smoothly and that everyone had drinks. It was no extra cost and we didn’t even pay a hire fee for the venue. They were just happy we had money on the bar tab! Don’t stress on the day as it’s too late to change anything, let little things slide and just have fun! If you’re having fun then your guests are having fun. Finally, traditions or no traditions do what you want, it’s your day!” 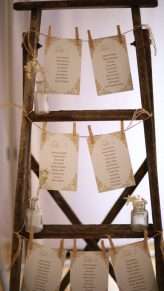