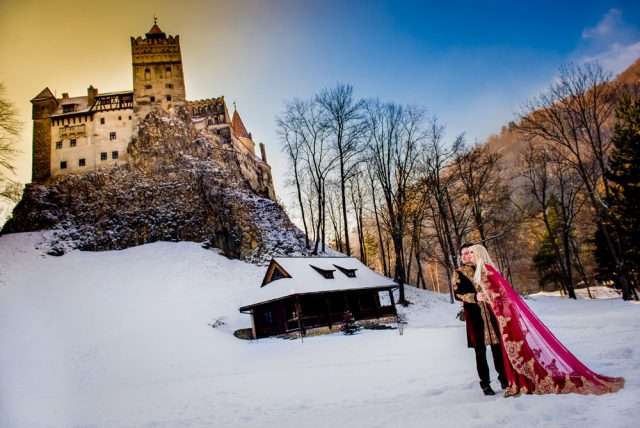 Halloween may be a month away, but that isn’t stopping everyone getting VERY excited for it. I think I’ve witnessed more pre-Halloween excitement than ever this year. So I thought I’d add fuel to the fire by sharing Daley and Logan’s Transylvanian ceremony with you today!

Those eagle-eyed among you may recognise this pair from their EPIC vampire royalty wedding which we featured in May. However not be satisfied with pulling off one of the most popular (and expensive!) weddings we’ve ever published, the pair also wanted to confirm their marriage with a second ceremony in Romania. And what could be more fitting for a gothic, vampire and all-things-spooky loving couple than Dracula’s castle in Transylvania!? 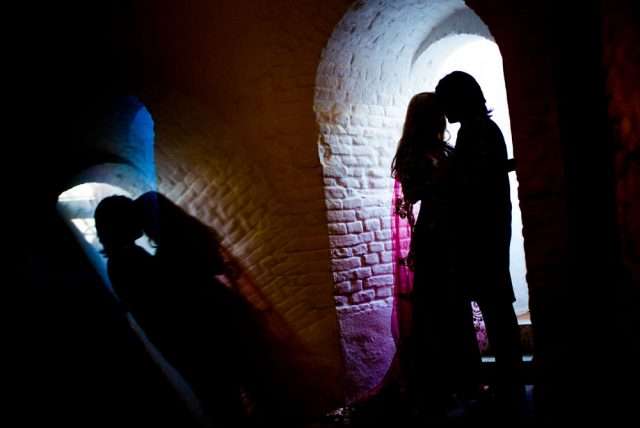 “Before we got married we had decided we wanted to start a tradition of renewing our vows every year somewhere different around the world”, Daley said. “So that by the time we had grown old together, we would have vowed our love to each other all over the world. What better place to start then on our vampire honeymoon in Transylvania? Our travel agency was kind enough to set the whole thing up for us. Our tour guide even brought champagne with him for a toast.” 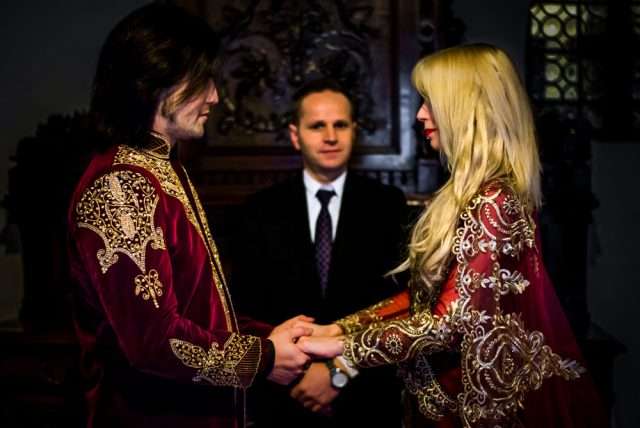 The ceremony was held at Dracula’ castle, Castle Bran! “We got a special tour of the castle and even got taken to a secret high tower that only celebrities got to go up to”, she continued. “The last person to visit the tower before us was Adam Sandler!” 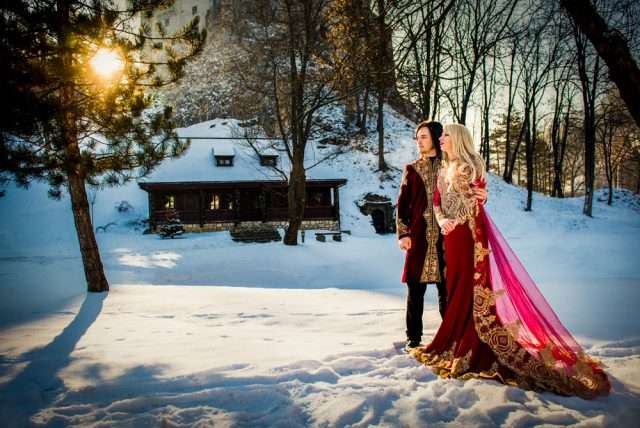 “We then did photos outside in the snow. It was extremely cold, about -5 degrees Celsius, during the day. I had a giant long coat that they would wrap me in in- between photos. Both our photographer and videographer were native to Transylvania and were wonderfully talented.”

“Other than the obvious reasons we chose to visit Romania, my husband has a bit of Romanian ancestry as well. We spent over a week travelling all over the country and staying in different towns that had not been touched since they were created, learning about the history and where some of my husband’s family came from.”