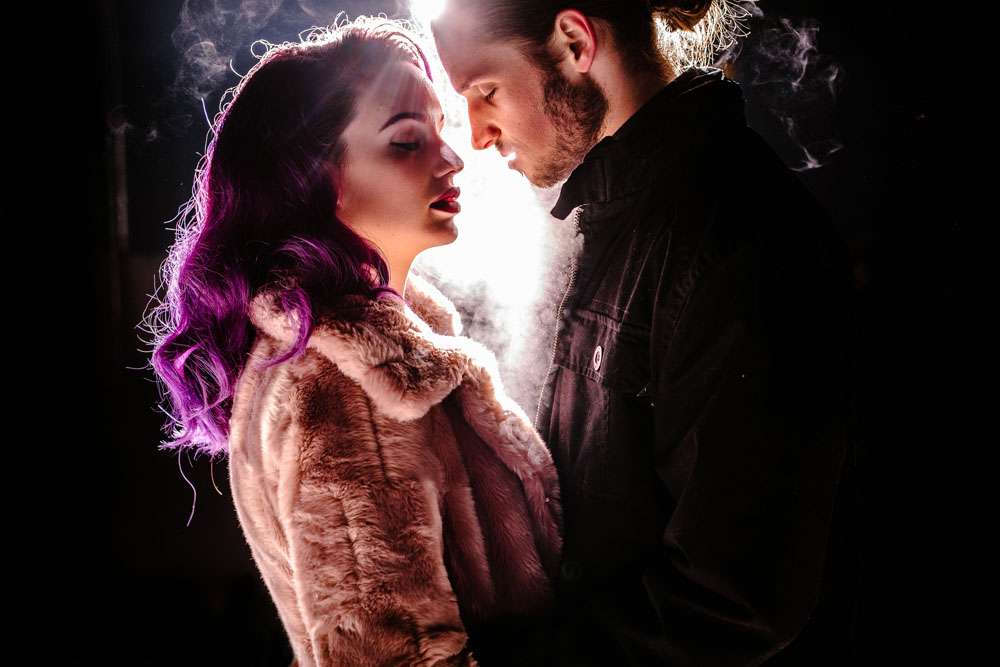 It’s very rare that we feature engagement shoots on Rock n Roll Bride anymore, there are just too many awesome real weddings to share instead! However when Kelsey and Gavin’s Sin City inspired engagement shoot landed in my inbox, I knew it had to be published. I have a feeling you’re going to LOVE this too! 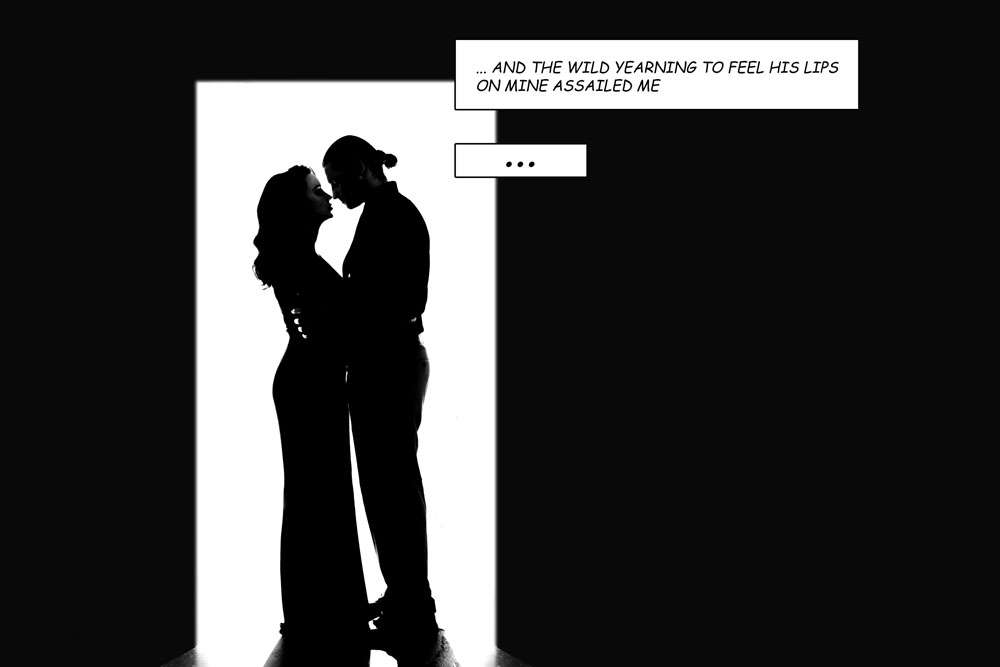 Their photographer, Pol, told me all about the session. “They’re set to get married on December 9th of this year. They have always a bit of pin up-ish (especially Kelsey) and we wanted to shy from the typical Utah nature/ landscape theme for their engagement shoot. Instead we decided to shoot around Salt lake city to get a sense of the winter urban vibe.” 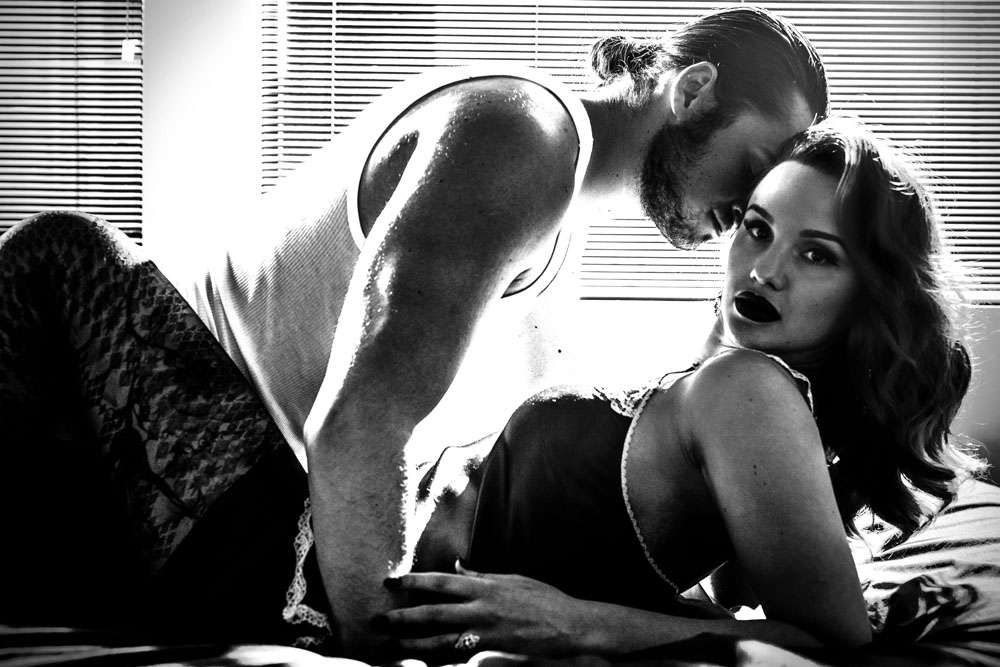 “I’m actually the one who suggested Sin city theme to create a different twist on urban engagement sessions and they loved the idea. I thought the urban textures, the fog breath brought by winter chills and the intimate indoor sessions completely defined their characters and the city they live in. A Sin City theme was perfect to put an extra spin on it too.” 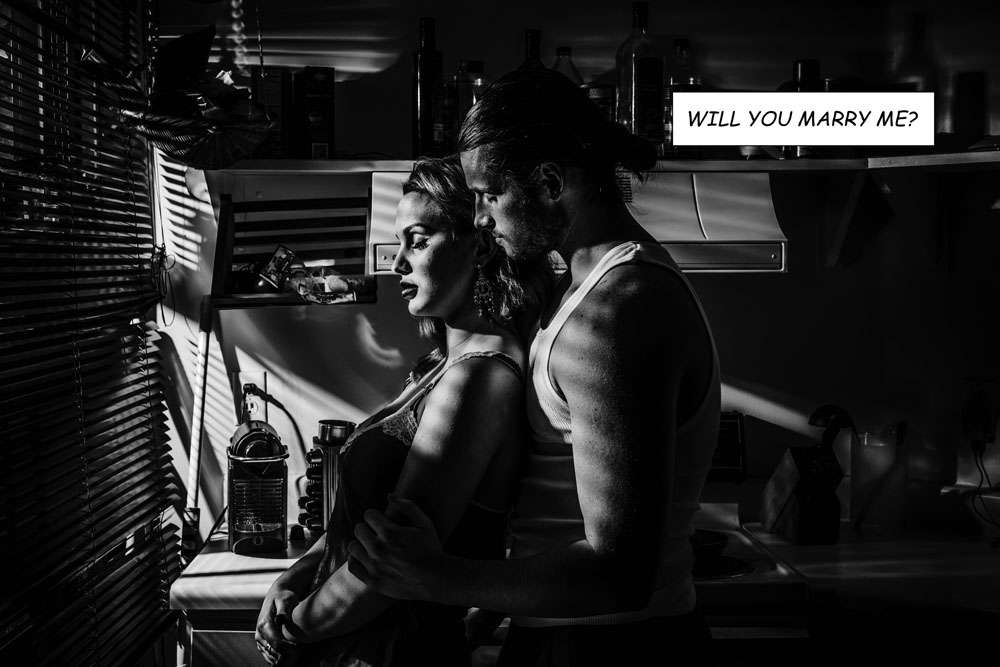 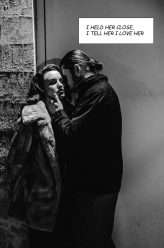 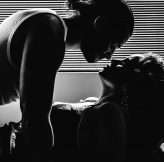 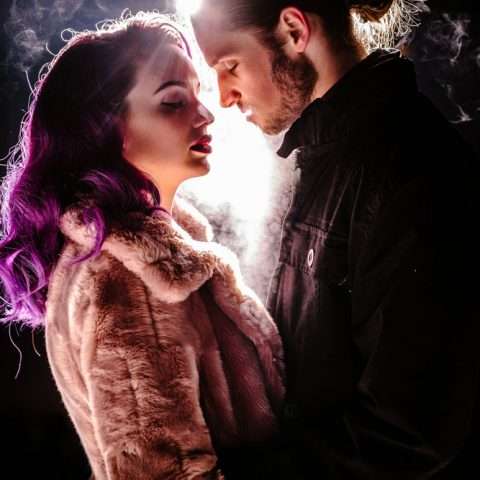