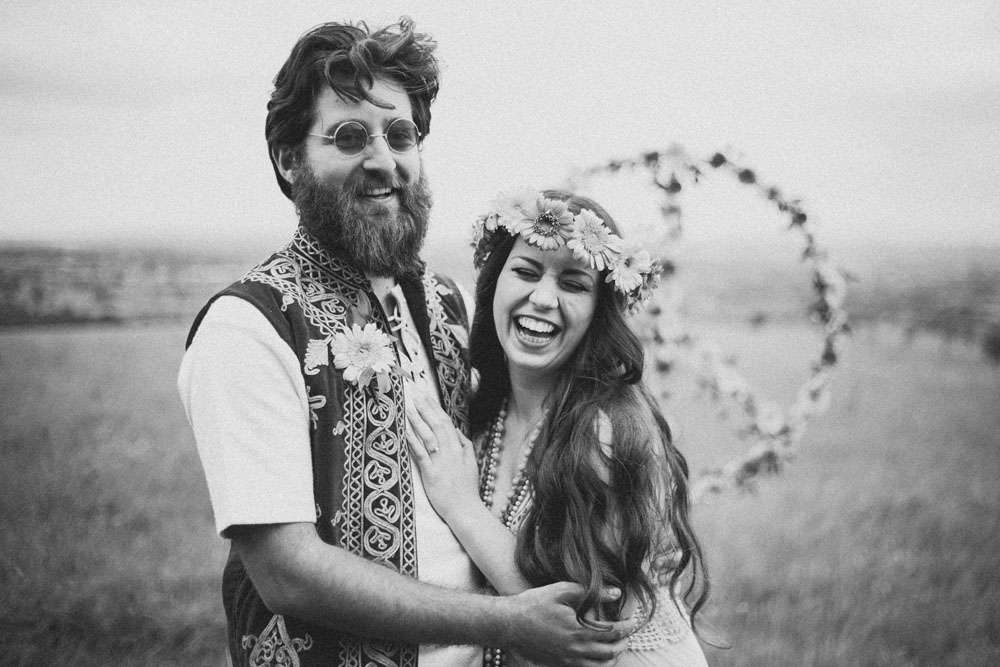 June 1967 was the beginning of the famous “Summer of Love” where the Monterey Pop Festival, with performances by Jimi Hendrix, Janis Joplin, Jefferson Airplane and The Grateful Dead, kicked off a time of of hope, optimism and real social revolution. Today, fifty years on (!) we’re celebrating with this fantastic sixties inspired shoot! 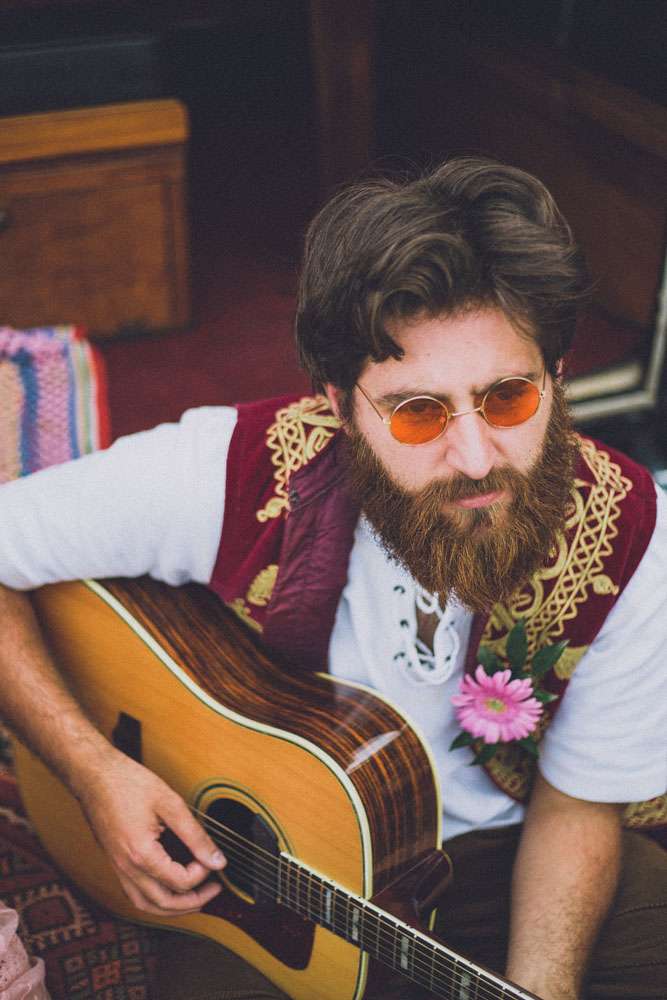 Photographer, Emma, told us all about her inspiration. “I’m a big fan of the 60s era and I really wanted to put something together to mark the 50th anniversary of this incredible period in our history. An alternative way of living was being explored and the emphasis was on travel, festivals, sex, drugs and, of course, Rock n Roll” 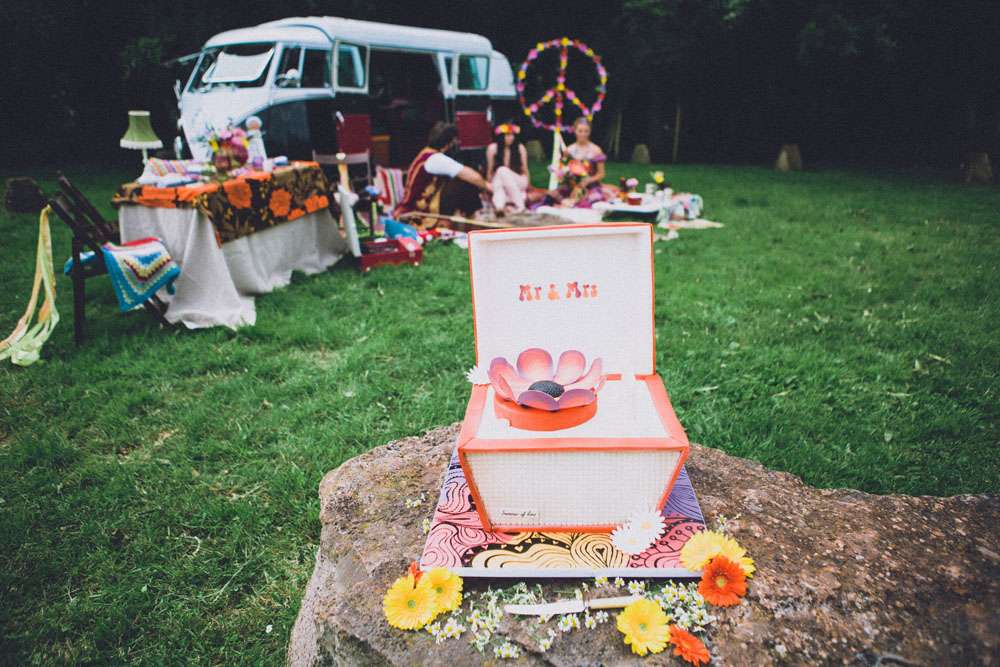 “I wanted to bring this hedonistic vibe to the shoot and capture the free-spirited feel of the late 60s. Of course, the wedding had to be on the road whilst living in a VW bus! Huntstile Organic Farm was the perfect spot to set our scene as we could park the VW inside their magical stone circle. The 60s counter culture was exploring alternative religions, UFO theory and leylines so, of course, this would be a chosen spot for a hippy wedding.” 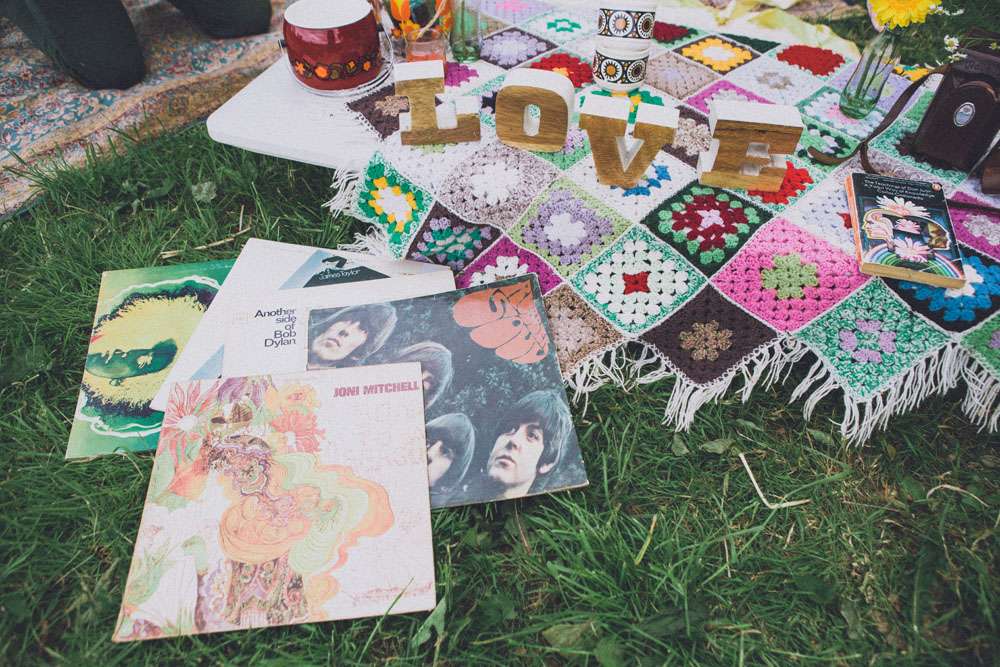 “I needed everything to be authentic for this time so I found a gorgeous black & white splitscreen campervan which dates back to 1965. Our models are chilling, drinking some beers, listening to records and playing music, just as I imagined a wedding at this time would have been! The tables have a selection of beers, psychedelic lollipops and other 60s memorabilia.” 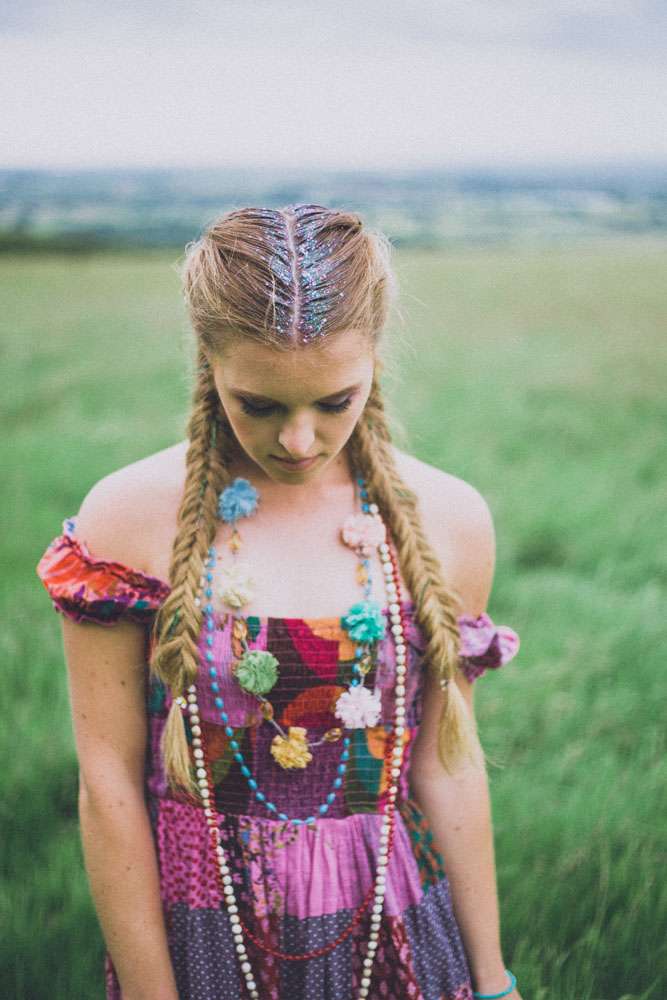 “I chose four models for this shoot. As the 60s was such a time of sexual ambiguity a ménage à trois was the perfect set-up. A couple, another girl and a child which hints at sex before marriage. Days of Grace Vintage supplied us with the most gorgeous outfits for this shoot. The bride wore a beautiful crochet pink dress, very of the era and the bridesmaid wore a tie-dye dress which could have been sent straight from Haight Ashbury. Our male model, Matt, had a fabulous embroidered waistcoat which was very reminiscent of Jimi Hendrix fashion at this time.” 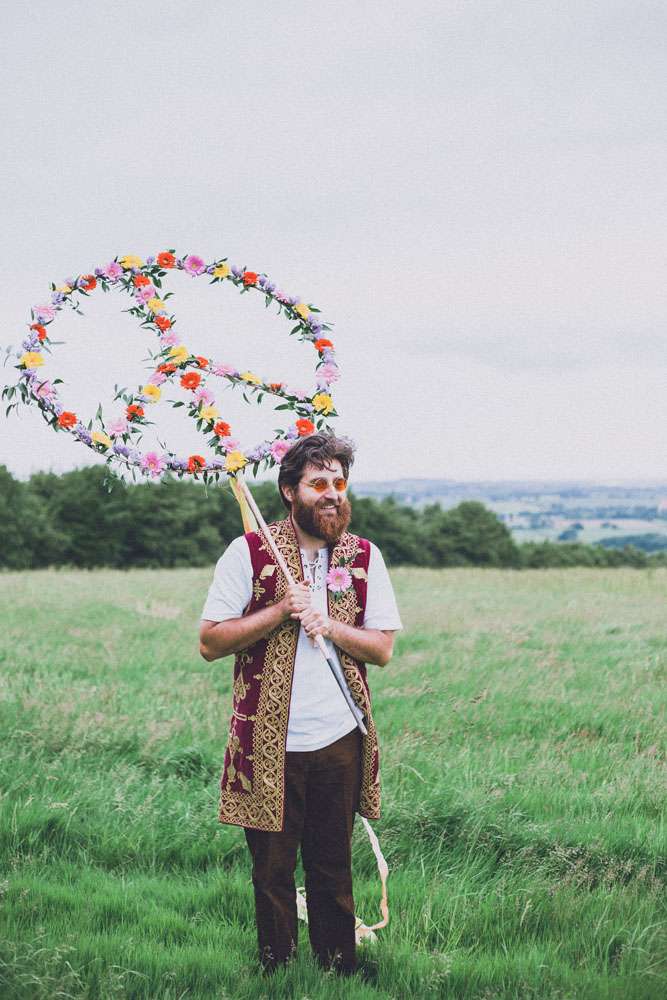 “One of the showstoppers of the shoot was our cake. It’s a cake sculpted in the shape of a vintage record player with some very fabulous flower power details. The florist also did a fantastic job, creating a floral ‘ban the bomb’ peace sign, colourful bouquets and gorgeous flower crowns. The cake and flowers are so unique that it shows how you can really push the boundaries of a traditional wedding set-up.” 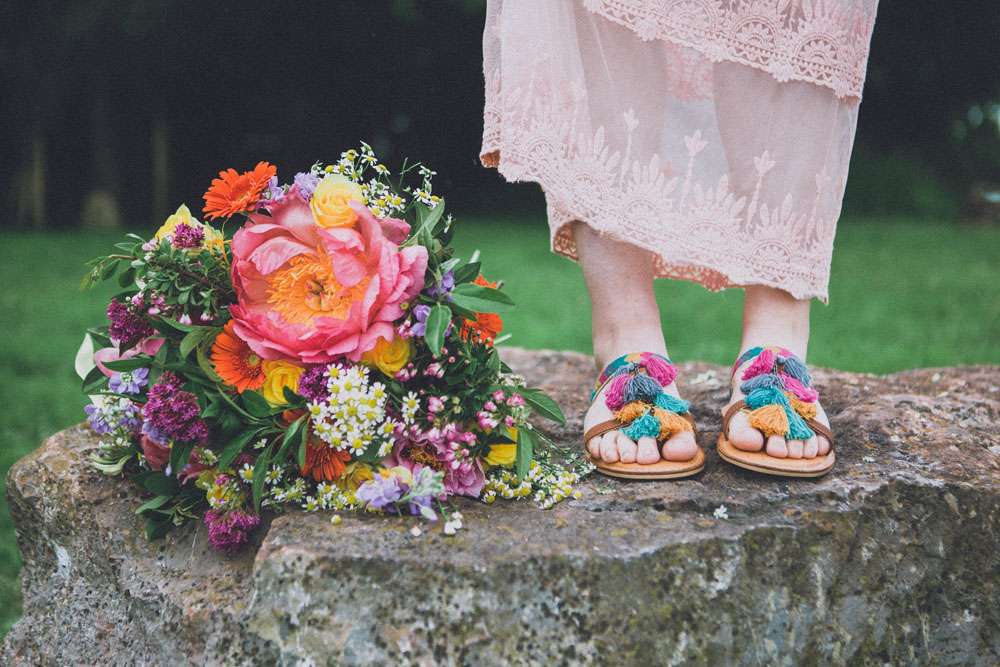 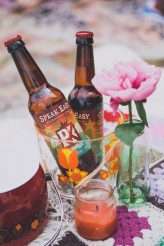 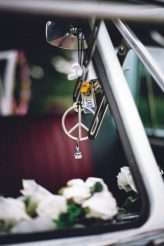 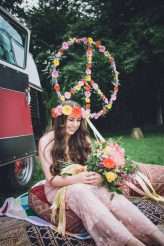 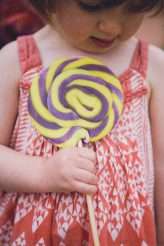 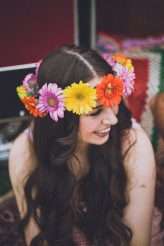 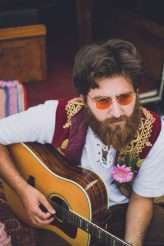 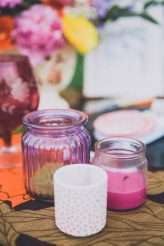 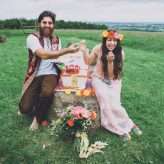 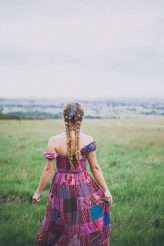 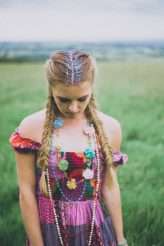 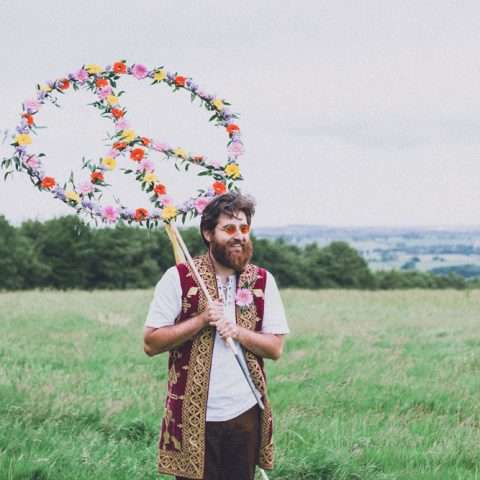 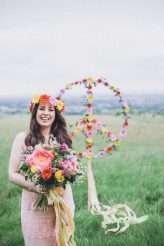 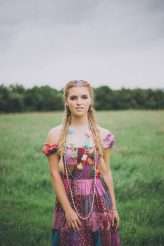