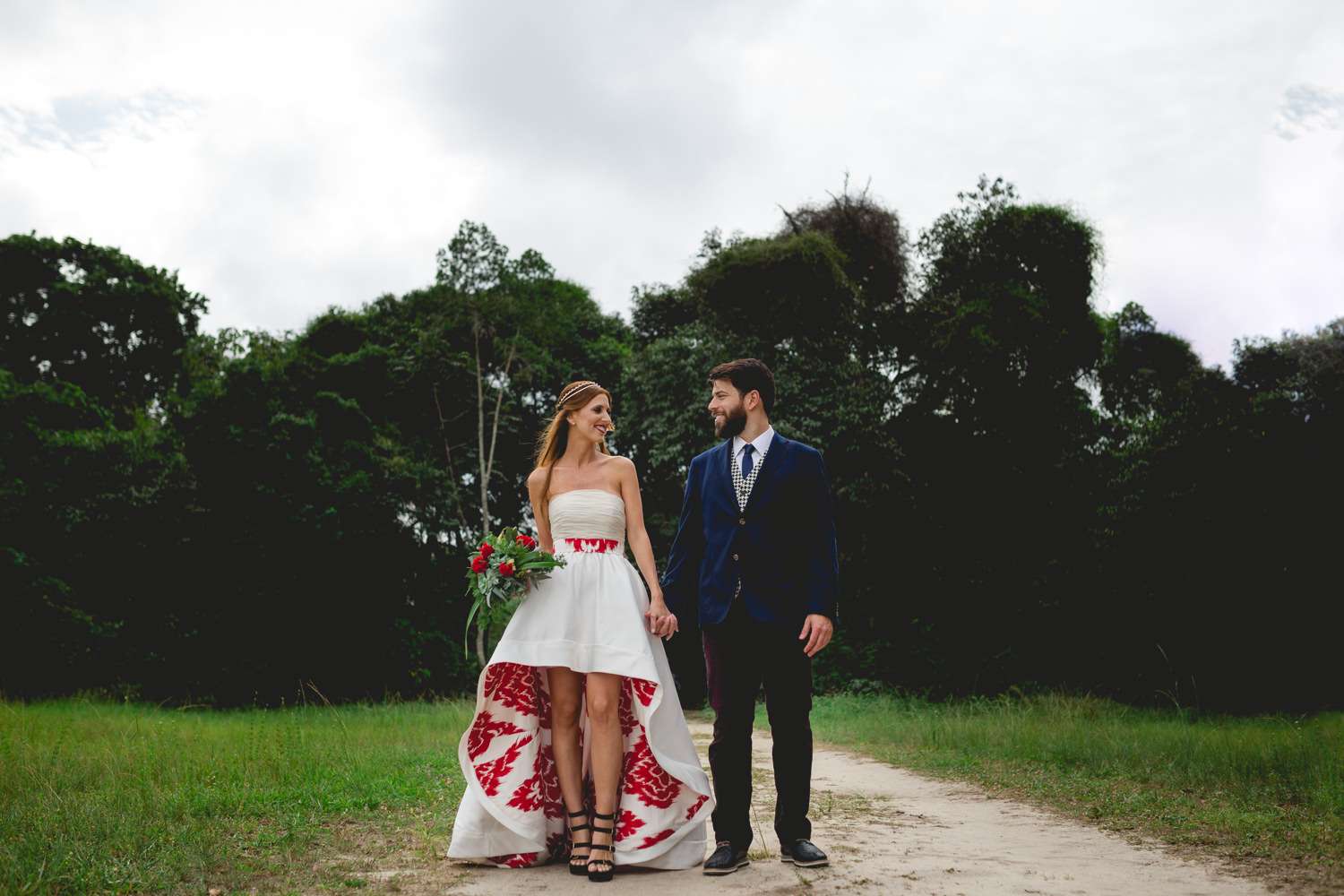 Mary and Caio lived next door to each other for twelve years before they had their first date! For their wedding they brought together everything they love; art, music, friends, family, décor and vintage. They had an art gallery of Mary’s paintings, an old Volkswagen in the fields, five bands (which had the groom playing in all of them!), friends leading their ceremony, craft beer, décor items from their house… and they partied for nine hours straight! 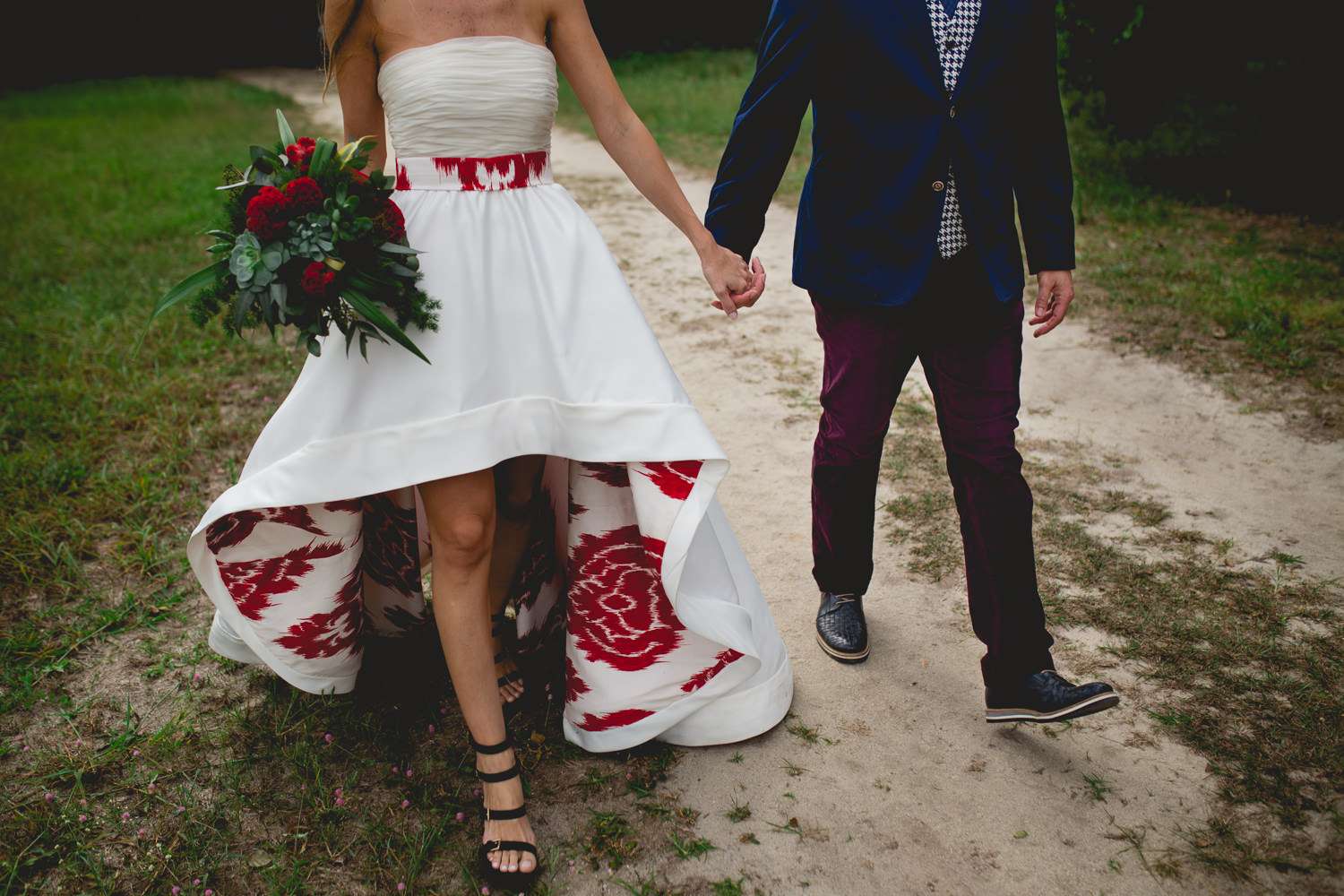 “I’m a painter, just like my father and my grandfather,” began Mary, “so in the long corridor at the main entrance of our wedding venue, we hung up more than 40 paintings and turned it into an art gallery. We wanted the first impression people had of our wedding to be related to art and for them to get to know more about my family heritage. We also had 14 paintings inside the main dancing hall.” 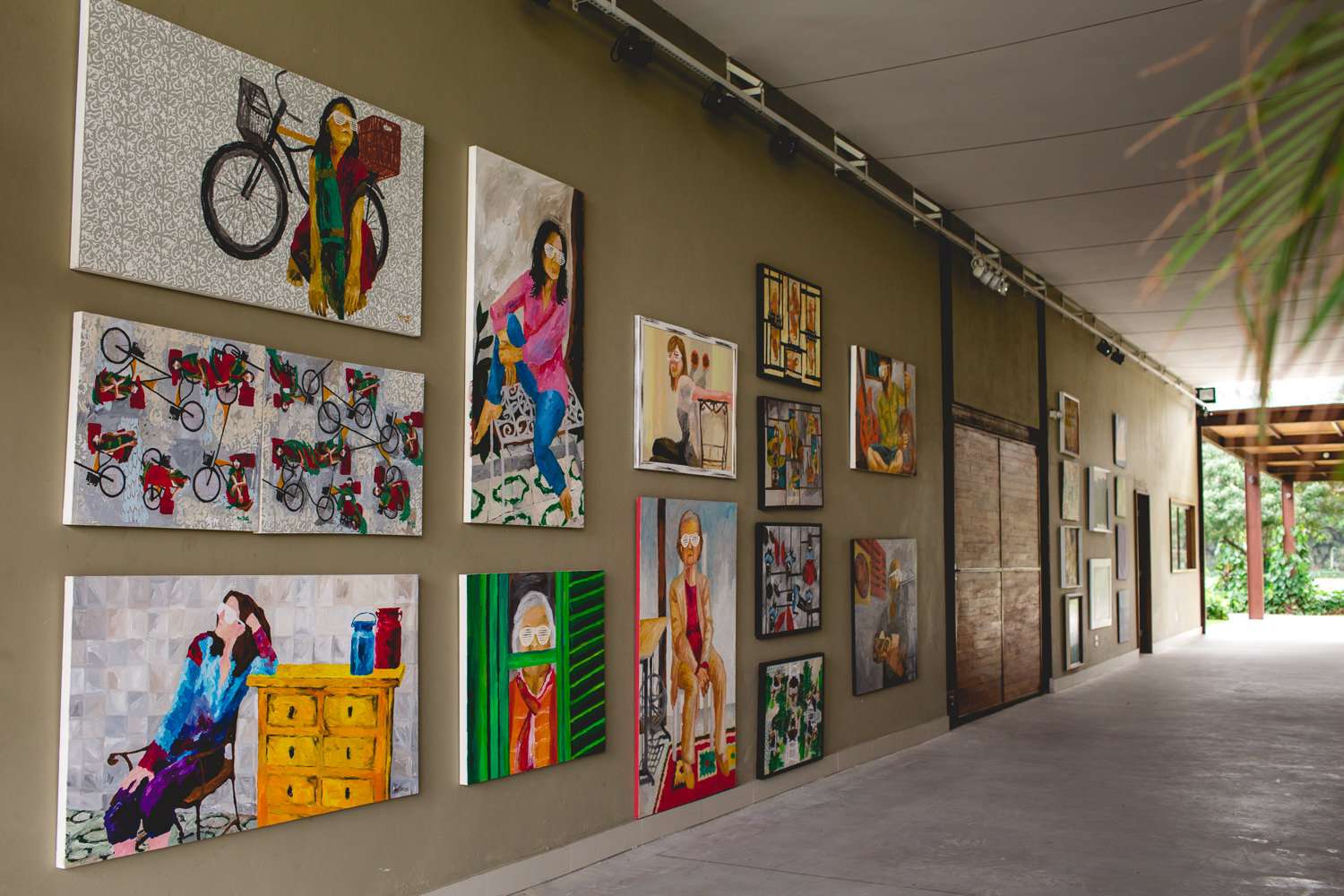 The couple’s ceremony was held in a huge open garden, in front of tall trees. “Our four grandmothers entered first, followed by the rest of our families. I arrived in an old red Volkswagen Fusca to the sound of La Vie en Rose. The kids all wore red converse, and the girls also had red flowers on their blue striped blouses. Caio played two songs for me including The Blower’s Daughter by Damien Rice. The celebration was led by two friends, Vivi and Wesley, and they went beyond our expectations in what they said. In our oath, they used a Vinicius de Moraes poem and they asked everyone to declare together in loud voices: ‘We declare you bride and groom’. It was was really special.” 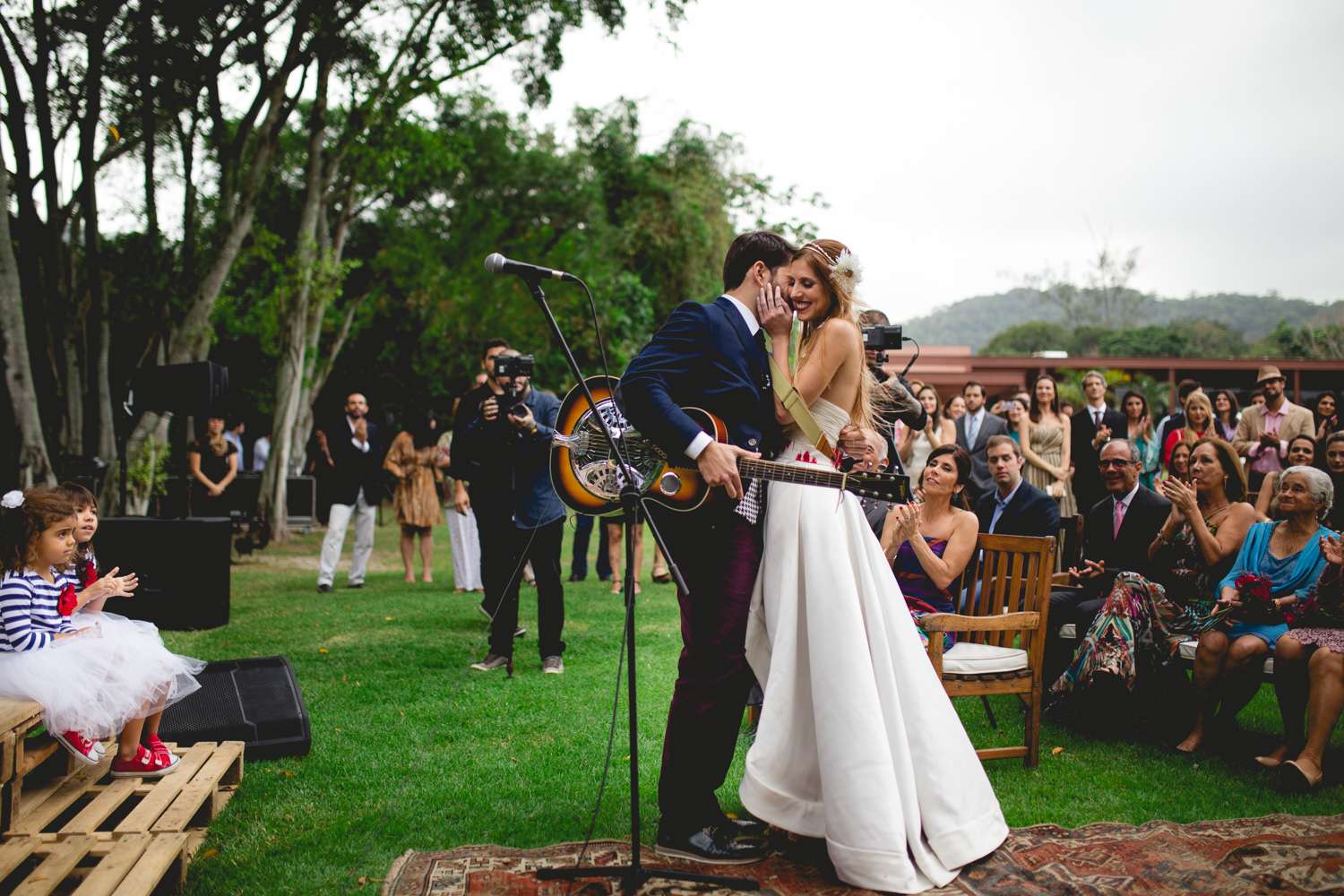 Mary knew she didn’t want to wear an all white wedding dress so she had her dress made for her. “I started collecting references from Pinterest and created an idea of what I wanted in my mind. Morena Andrade drew the design and it was just what I had in mind. Then I started to look for the interior fabric. The red cloth I choose reminded me of some Turkish patterns I had seen in Istanbul. Morena had a hard time making the front part of the dress as open as possible for all the red to appear, but it was perfect in the end!” 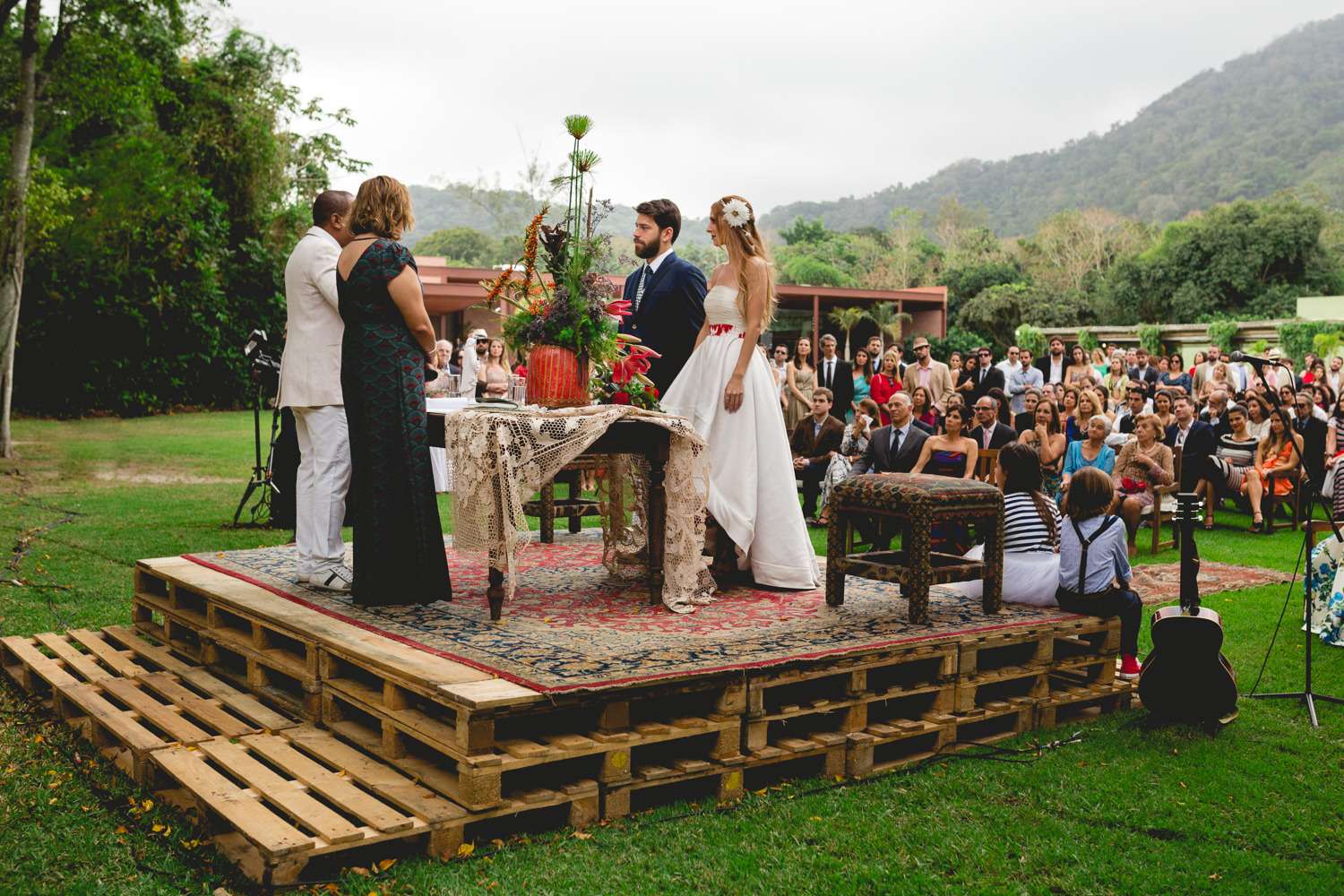 Music was also particularly important to the bride and groom, who are both musicians themselves. They also wanted to make sure they included as many friends as possible in their day, “Our friends participated in almost every single moment of the ceremony, concert and party, making our day totally unique and unrepeatable”, she said. “We also tried to hire as many friend’s companies as possible to be part of the production. A really special part of our wedding was the ‘wedding bands’. Of the five bands that played only Don Pablito was a ‘real’ band including the groom. The four others were made up of 14 musician friends who we asked to create some bands specifically for our wedding. We also had a friend playing piano near the pool for when the guests arrived. All the musicians worked so hard on the songs that we asked them to play and the groom played guitar for them all. We (bride and groom) also played together! I was on the drums and Caio on vocals and guitar. I had never played in public before and we didn’t tell anyone we were going to play together, so it was a big surprise for the guests.” 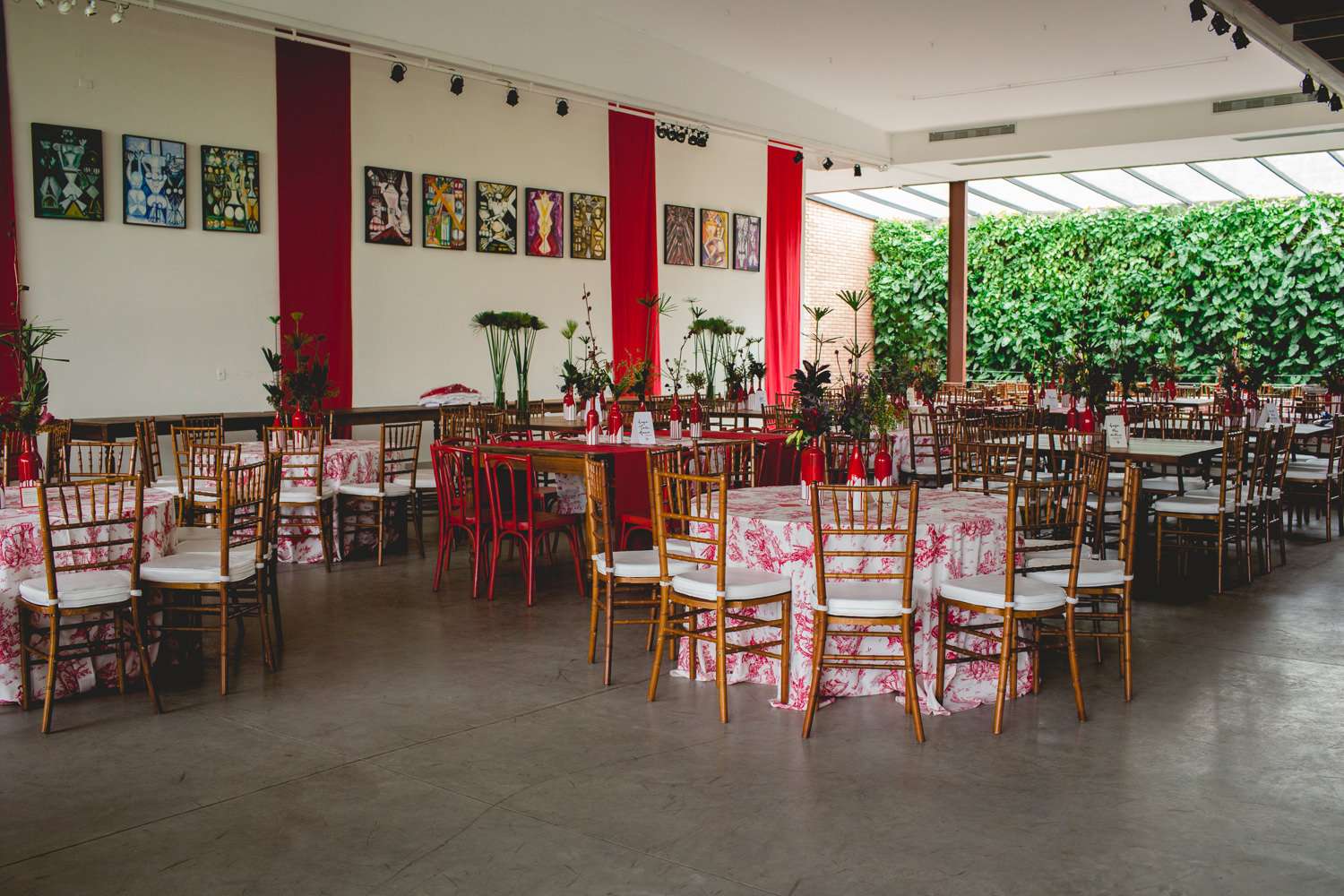 As well as the gallery of her paintings, Mary got creative with the DIY projects for the wedding. “For the table decorations we collected 220 bottles in different shapes and sizes, painted them matte jet black, then dipped them upside down into high gloss red enamel paint and let it run. We then decorated them with some flowers, greenery and other stuff with a note saying that the guests could take them home. There were none left at the end of the party! I also made the wedding invitations using a wood pattern stamp from India. All the names were written by me and my mom, and my mother-in-law helped with the folding, closure and delivery.” 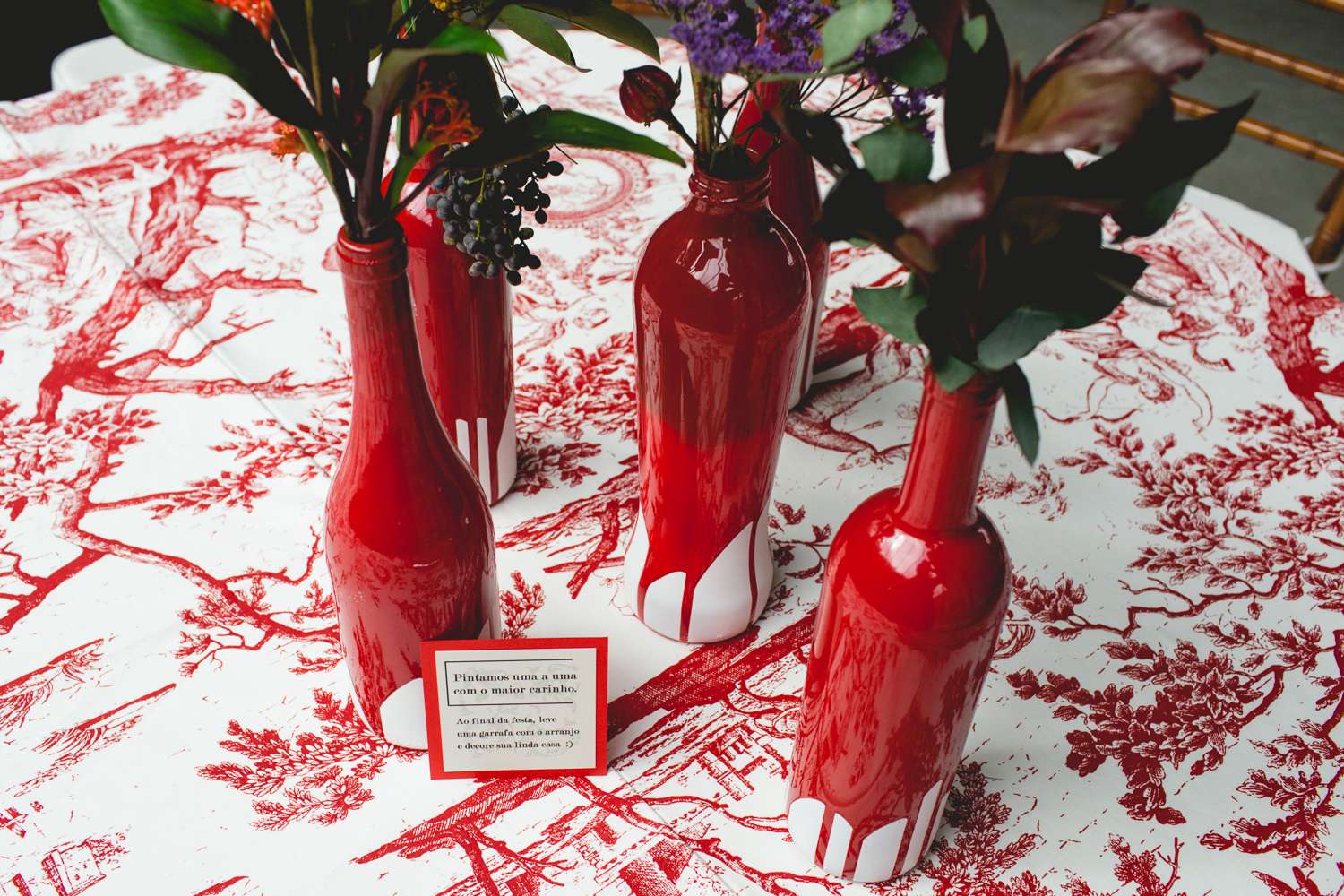 “Our favourite part of the wedding was the flash mob surprise dance that my mom had organised with ALL of the 400 guests and wedding staff! We didn’t know anything about it! First the girls started dancing, then all the wedding guests joined in on the first ‘BABYYY’ of the song. Suddenly all the wedding was dancing together on the biggest expression of love we have ever seen. It was the most intense moment of our lives.” 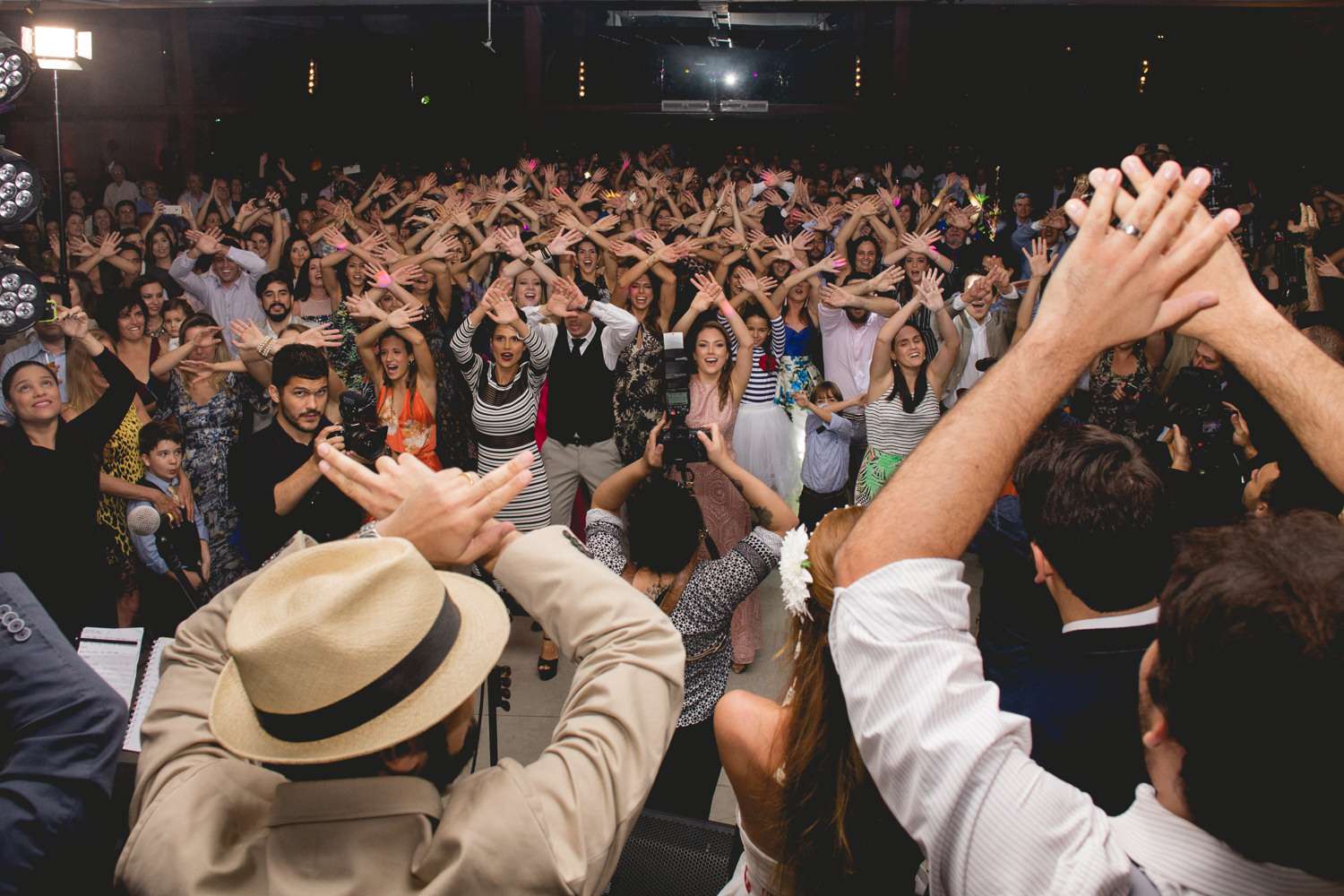 The size of the couple’s guest list caused them the biggest expense, “When you have 400 people plus nine hours of parting, everything gets really expensive. However we saved money on décor, as all of it came from our home or my mother’s. It mainly consisted of old typewriters, books, trays, boxes, and a lot of vintage stuff.” 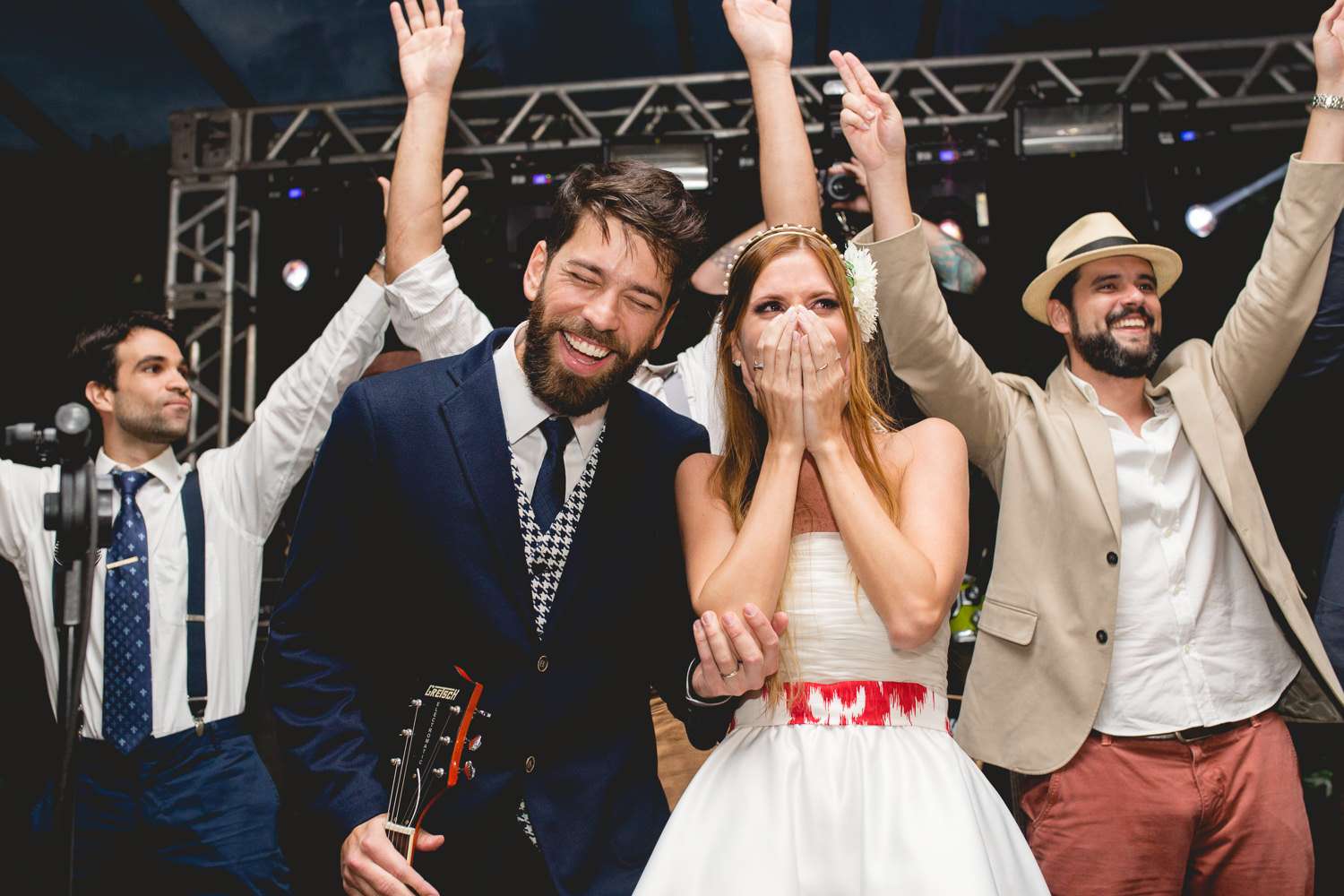 “Our advice to future brides and grooms is don’t follow traditions. ‘We’re doing that because that’s the way it’s done’ shouldn’t exist in your wedding. Break rules and do whatever makes you happy. We followed our own rules and did everything our way and full of love.” 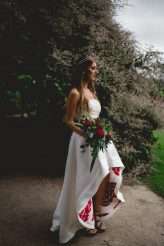 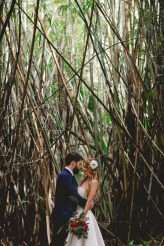 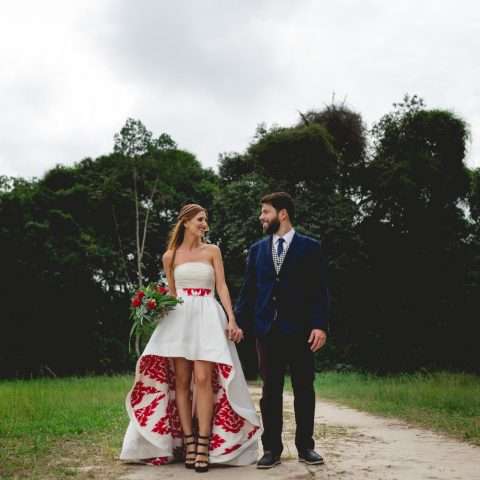 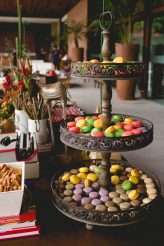 Cecilia & Luciano wanted a simple wedding inspired by their choice of venue, Pousada Estrela D'água, in Trancoso, Brazil. "My inspiration was the wedding venue", explained the bride. "The village of Trancoso, Bahia, is beautiful and simple at the same time. That's what I sought in all my wedding decisions. I did not want anything too pretentious. For the decorations we used photos of family and tablecloths that belonged to our great grandmothers. The decor had a bit of our history and showed a lot of our personality." Cecilia made her own dress from the lace of the veil that her mother-in-law wore when she married. She also designed and made the bridesmaid's dresses. "There was no specific theme to anything really", she continued. "We just tried to do everything as simple as possible."