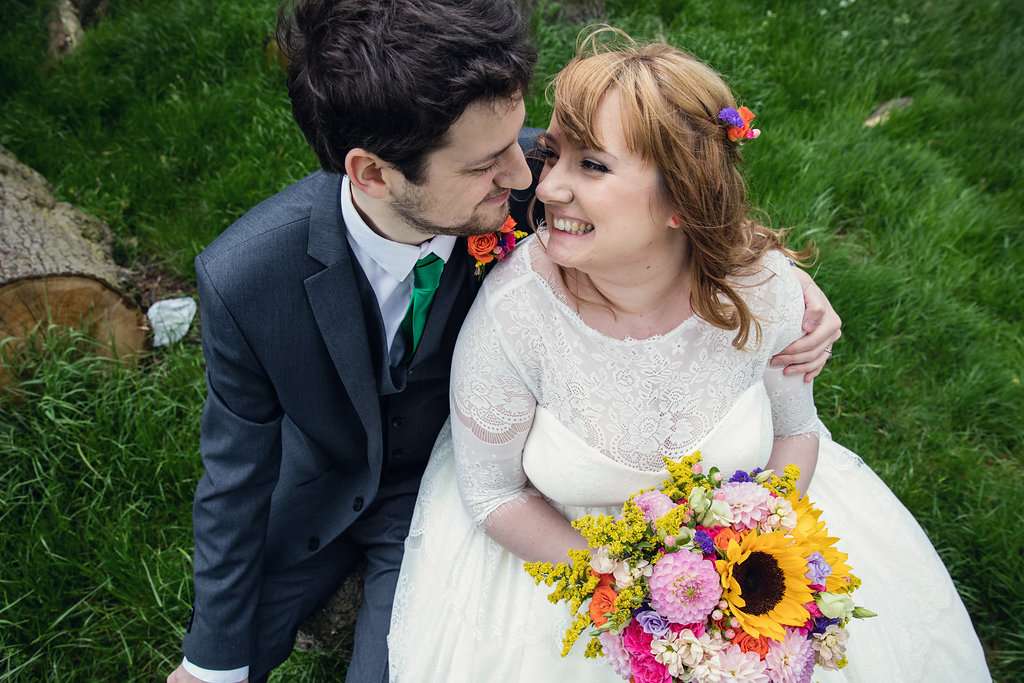 Laura and Jack’s pub wedding was low key, laid back and colourful. They didn’t want to be restricted by one particular colour or style, we they included a bit of everything they like.

“For inspiration I looked online and in magazines but mostly everything looked quite boring, until I found Rock n Roll Bride!” said Laura. “So I did take lots of inspiration from the website and magazine but mostly we just winged it and picked things we liked.” 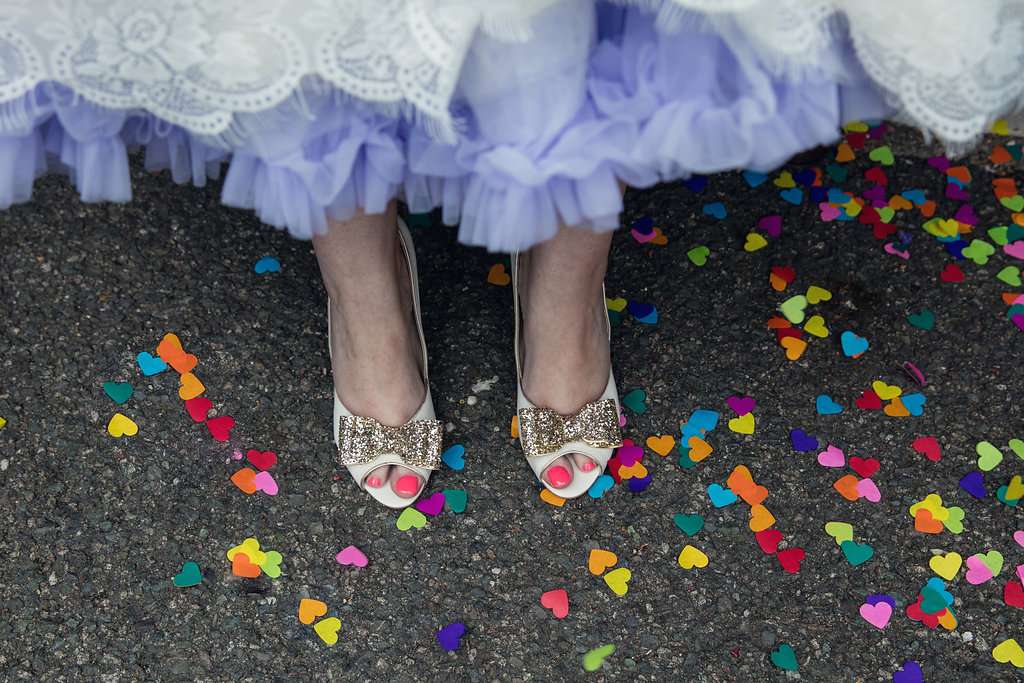 The day started with a ceremony at Merton Registry Office. “The ceremony was lovely but seemed to be over so quickly! I was so nervous and excited while I waited, my stomach was full of butterflies. In my interview, the registrar commented on how handsome Jack looked and also how relaxed he seemed, this calmed me down and I couldn’t wait to see him! I walked down the aisle to Be My Baby and as soon as the little drum bit kicked in at the beginning and I saw Jack I totally relaxed. We giggled and kissed throughout the ceremony, a few late arrivals stumbled in half way through and we just laughed even more. Nothing mattered really, and as cliché as it is, we only had eyes for each other. We wrote personal vows to each other, but read them privately in the morning; those words were just for each other.” 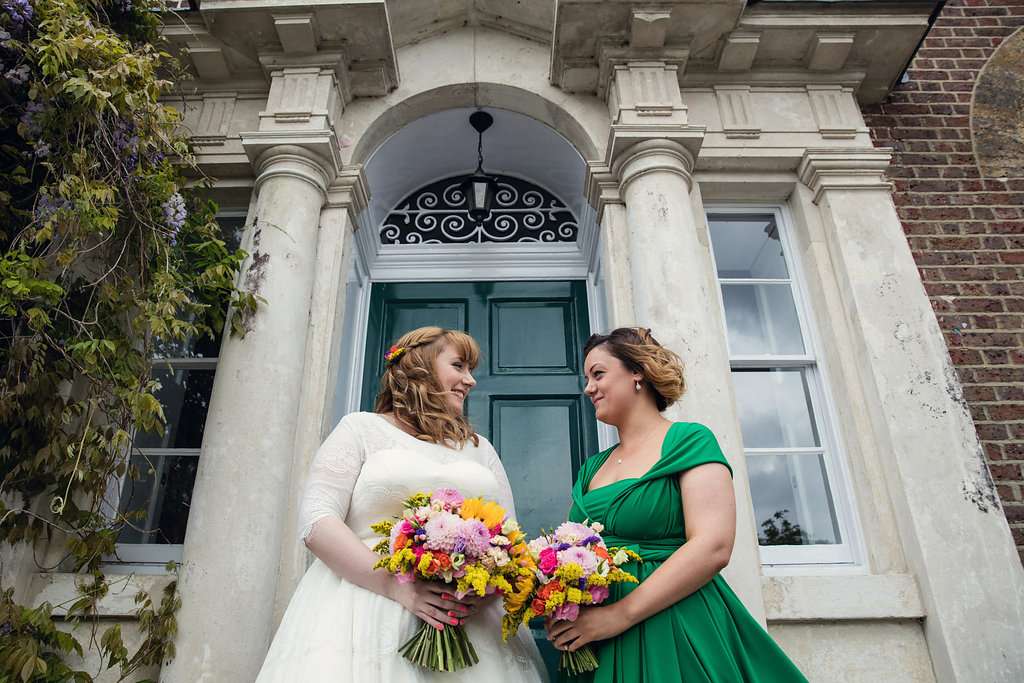 “My favourite moment of the wedding was straight after the ceremony when we sneaked away for our couple shots while our guests travelled to the reception”, she continued. “We were so happy and laughing, it felt like a little adventure wandering through the park and climbing on logs, it was so lovely just to be with each other and think ‘we did it, we’re married now!’” 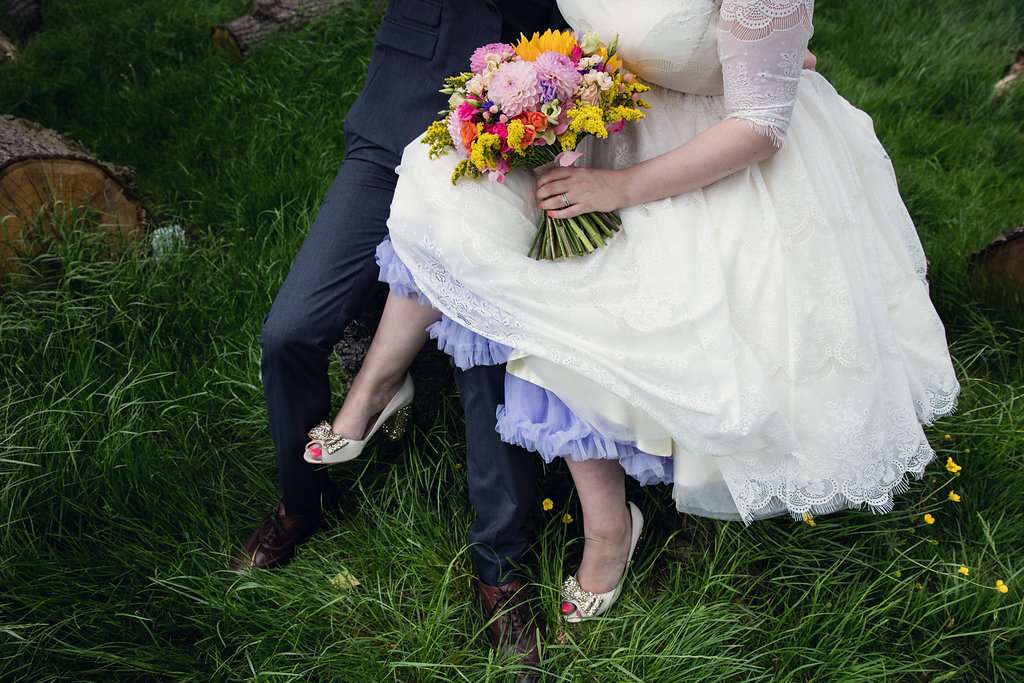 Afterwards, their reception was hosted at The Sun Pub in Carshalton.  “For DIY, we made the confetti cones and stamped them ourselves, I love the stamp with our faces on! All of the invites and stationery was designed and printed by Jack which saved us money and made them much more personal. We spray painted dinosaurs gold for decorations and added sparkly paper to the lights for our initials.” 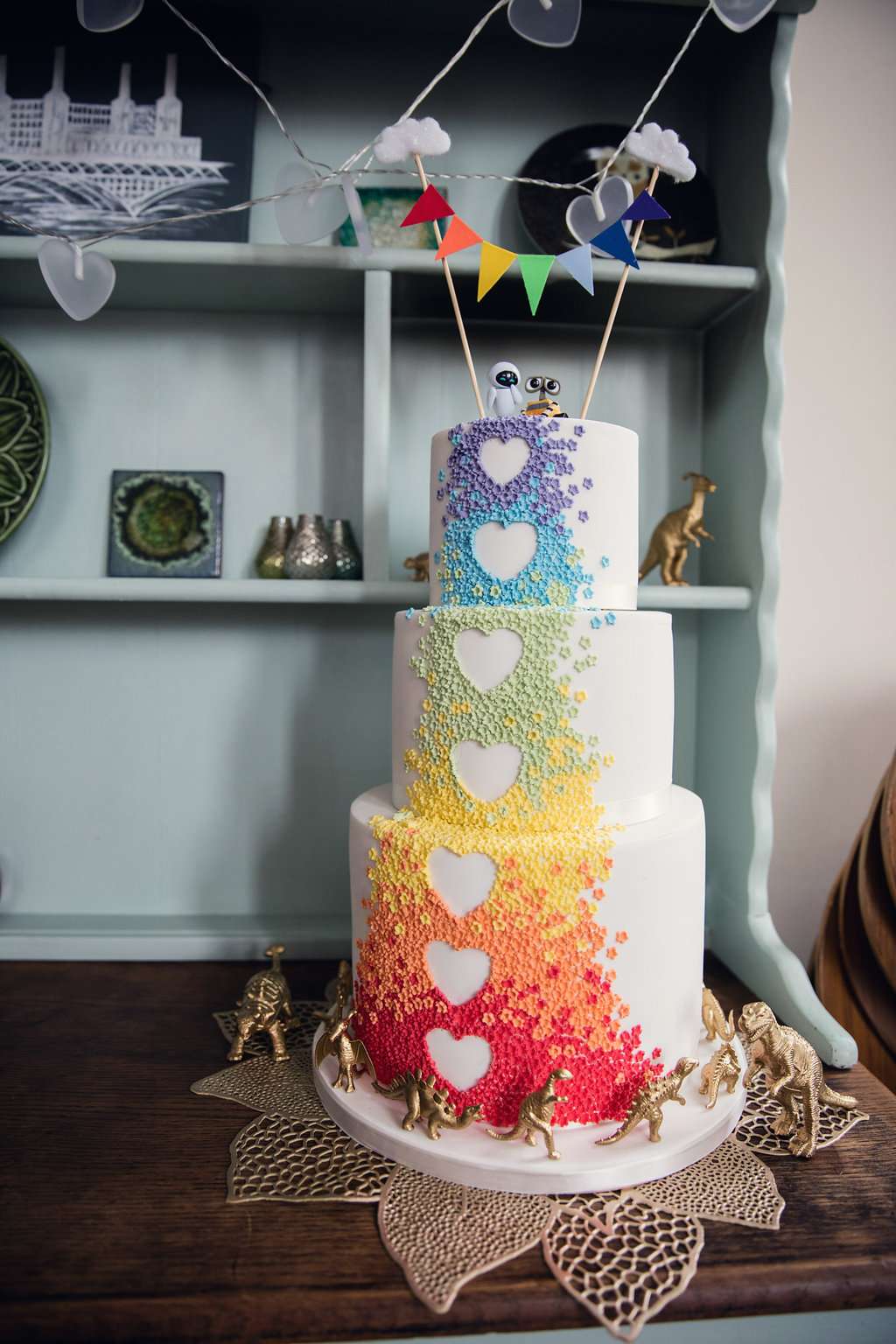 The overall budget was £6500 and the biggest expenses were their photographer and the bride’s House of Mooshki dress. “Both were totally worth the cost. After trying on a few long, more traditional dresses I felt really unattractive as they just didn’t suit me, and no amount of hoping or dieting would make them look good on my short, curvy frame. As soon as I saw the Mooshki dresses I knew it had to be one of them and I chose ‘Primrose’ as it was just perfect for me. It accentuated my best bits and helped cover up what I’m more self-conscious about. I loved it! Everyone commented on the day about how ‘me’ my dress was so it was definitely worth it.” 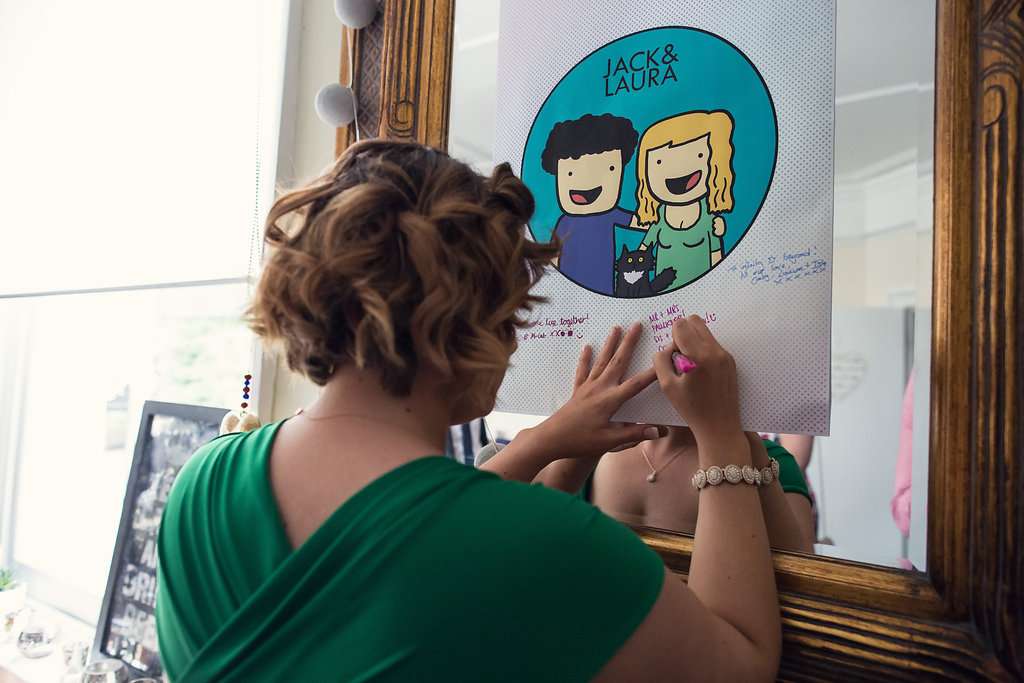 “Sassy, our photographer, was the first thing I booked for our wedding, the photos were so important to me. I’ve missed out on many photo opportunities in my life because of hiding away as I feel so unphotogenic and unnatural in front of the camera. Sassy is like a magician, she just makes it so easy to pose and it feels like you’re just having a laugh with a friend. We will always have these photos that perfectly captured how happy we were on the day and that is priceless.” 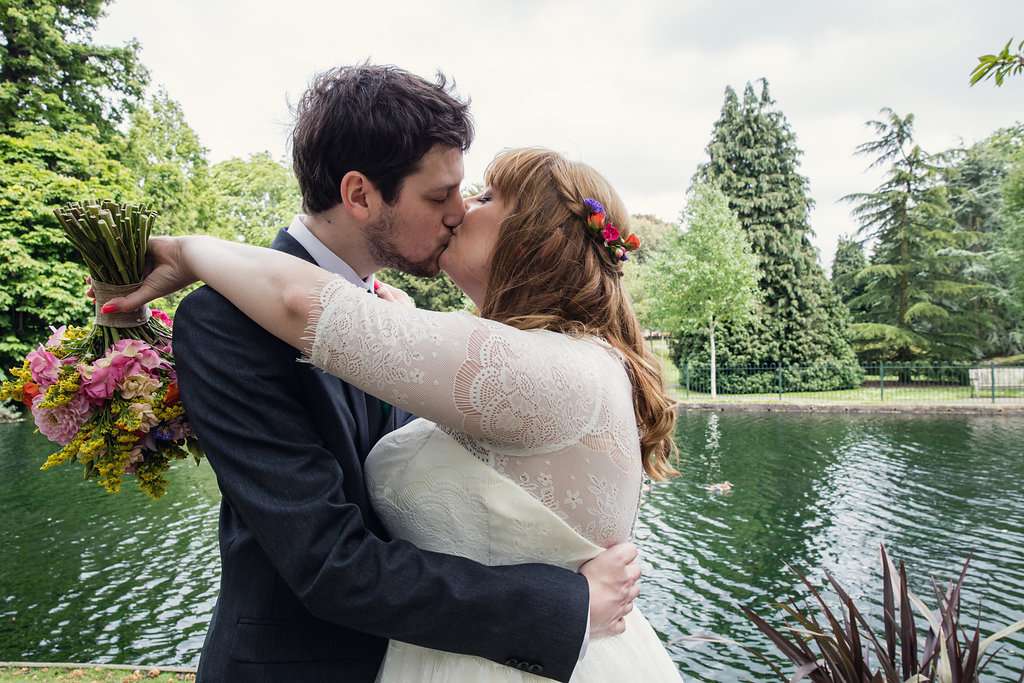 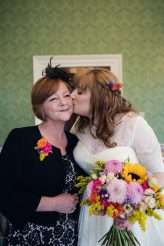 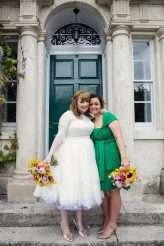 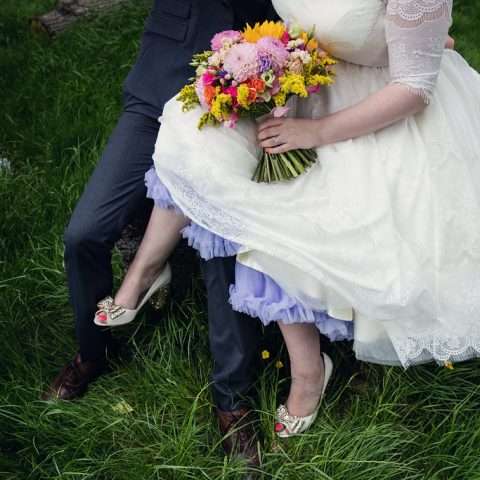 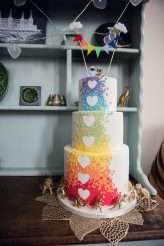 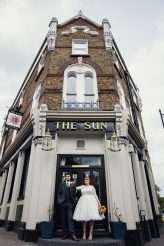