Amy and Patrick had a very short engagement; they decided in April that they would get married in September! They wanted their wedding to reflect who they are, to be at a beautiful venue, and have amazing food and great music. It was also important to them that it was a relaxed, casual day that included all their guests. They decided to source and plan it all themselves, to make it truly reflect ‘them’, which also meant they could tweak things and push more money into the ‘guest experience’. 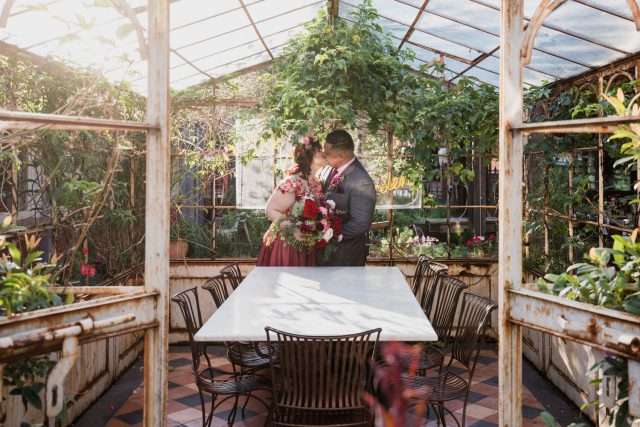 The wedding was held at The Grounds of Alexandria, a garden event space in Sydney that was the perfect backdrop to their casual celebration.  “As both our fathers are deceased, Patrick and his mother walked down the aisle to Salt Strings Quartet playing Coldplay’s Viva La Vida before I walked down the aisle with my mum to Lady Gaga’s Poker Face“, explained Amy. “During the exchanging of vows, Goldy Horn, the goat at the grounds, decided to jump up on the fence and also witness what was going on!” 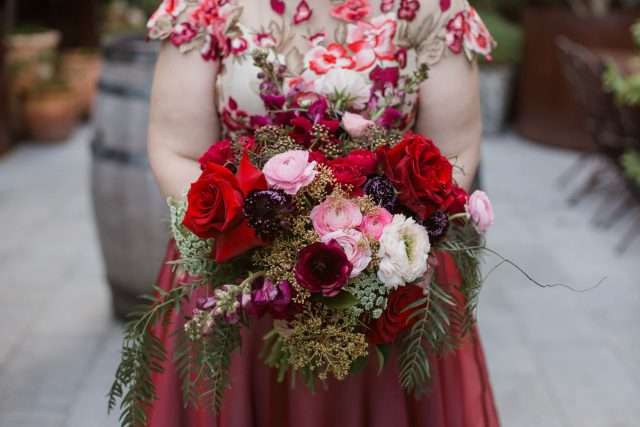 They wanted all their guests to be involved so decided not to have a bridal party. “We didn’t have a bridal party as we wanted all of our friends to be guests and not stressed during the ceremony or reception, let alone wearing clothes they would never wear again! I also decided not to wear a white, cream or ivory wedding dress and Patrick had a costume change halfway through the reception as he loved two suits!” 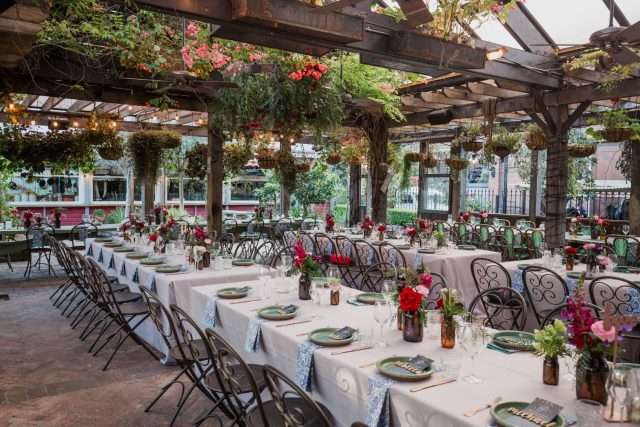 “For transport we hired a car to drop off things to the venue and run various errands before the wedding. This also doubled as our wedding transport and I drove Patrick and three of our close friends to the venue in my wedding dress despite offers from others to drive!”

The couple’s favourite part of the wedding was their reception. “The reception was by far the highlight”, she said. “Seeing all of our friends relaxed, full of food and enjoying themselves at the tables and on the dance floor made all the stress beforehand worthwhile. We overheard someone comment that it was ‘very much a relaxed party atmosphere’ which we were thrilled to hear and exactly what we had aimed for.” 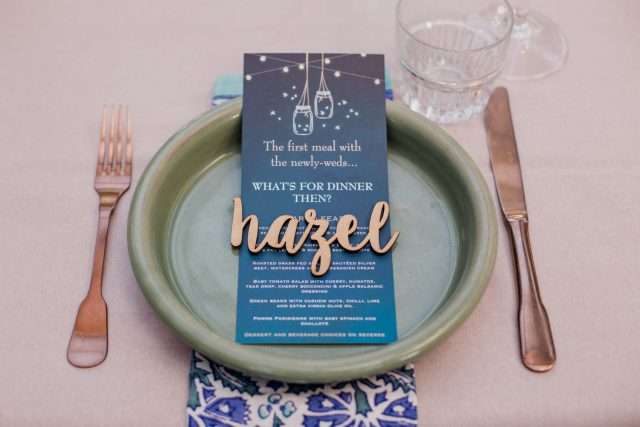 “Our biggest expense was the ceremony and reception venue which, including catering, was more than half our budget. We were more than prepared for this however, as we wanted anything but a bland function room and knew people would remember the amazing food. It was definitely worth the expense.”

“To save money we cut a number of corners where we could, the majority being on details that weren’t going to be remembered such as invitations, table numbers, place cards and lack of formal transport. By designing our invitations and getting them printed at Vistaprint, spray painting the table numbers and sourcing a lot of smaller details for the reception ourselves, we saved almost $1500! We also saved significant money (and drama!) by not having a bridal party. We chose not to have a wedding cake that was served to our guests, and instead had a small cutting cake we took home to eat over the weekend. We also had cupcakes as optional guest gifts when they left.” 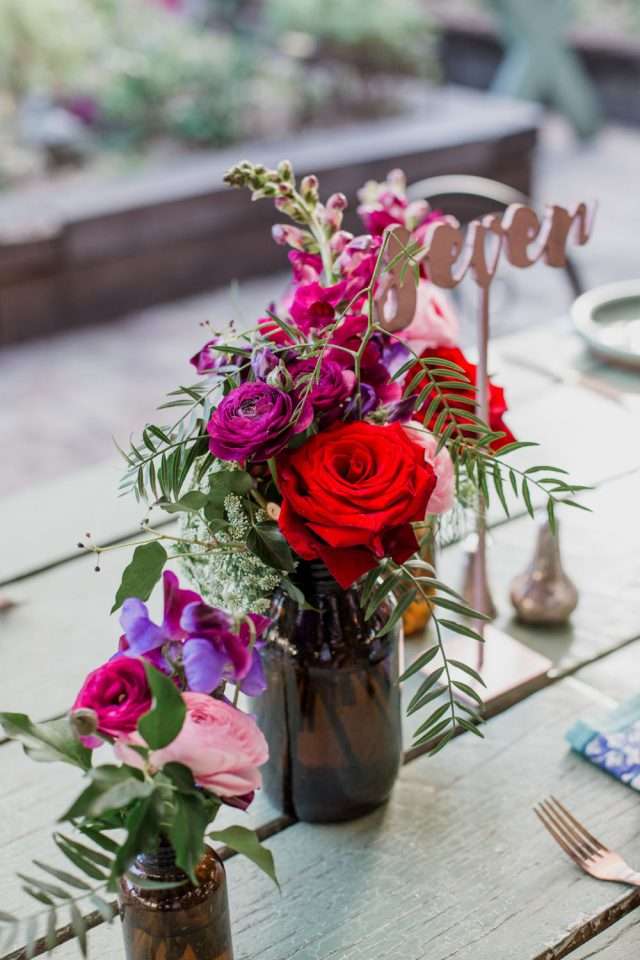 “The one thing we wish we’d know about planning a wedding before we began is the number of questions to ask vendors about what is and isn’t included when it comes to quoting on the wedding. Our advice to other couples would be do your research and read terms and conditions and contracts closely. Ask a ton of questions about details and if you feel like you don’t have enough information, then ask. We didn’t care if we sounded dumb!” 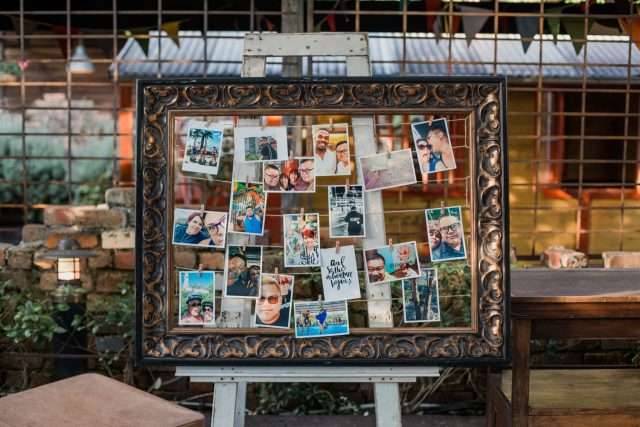 “Our biggest piece of advice for future brides and grooms is don’t sweat on small details or spend a lot of money on things that guests won’t remember”, she concluded. “Instead invest your money on things guests will remember such as food and music. Also, as much as we tried to sit people next to others they would have similar interests with, we didn’t stress too much. They need to be adults and get along! Don’t feel the need to follow trends or do anything just because ‘that’s what happens at weddings’. A lot of money, time and effort is being spent on the celebration of your love. So do what you want for your special day.” 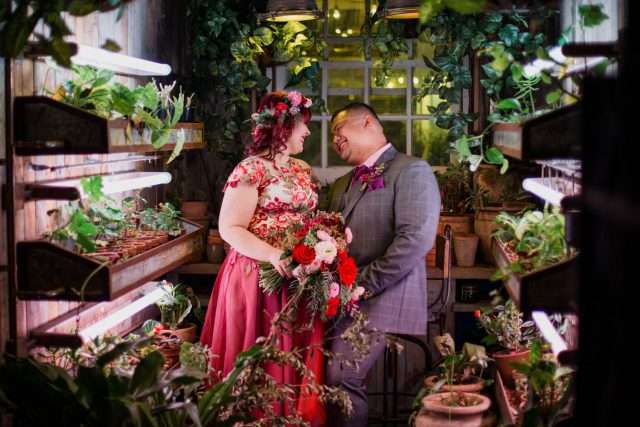 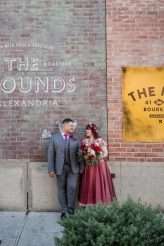 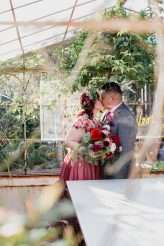 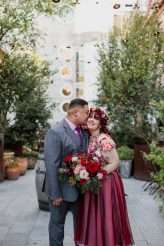 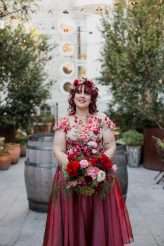 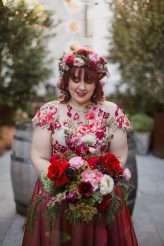 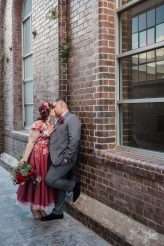 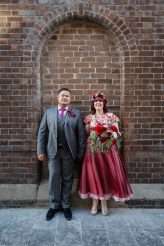 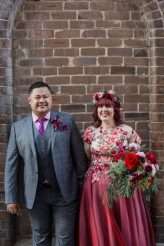 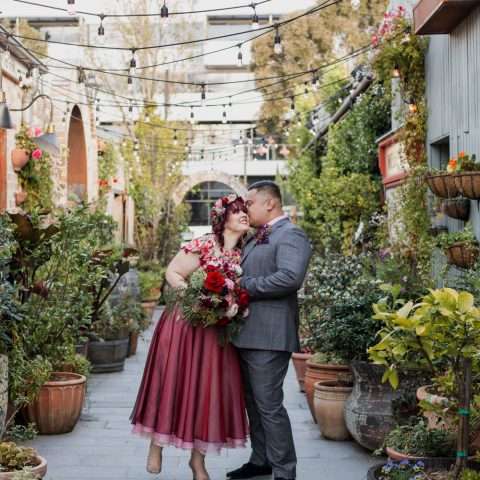 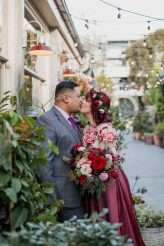 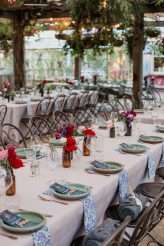 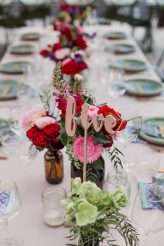 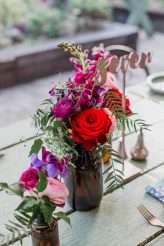 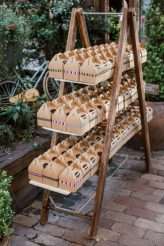 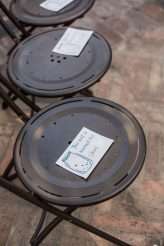 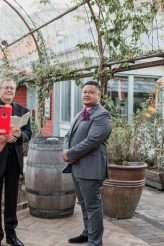 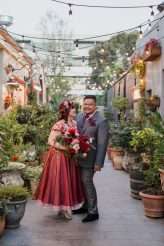 Tim and Ange were married in Brisbane. One of the most notable things about this wedding was that they completely changed their plans, mid-way through. They went from organising a big 100+ guest wedding at a fancy venue, to a small and intimate one in an alley in the heart of the city with just 20 guests... oh and organising it all in 12 weeks!

Vintage World’s Fair Wedding at The Houdini Estate with All the Colour, Steampunk Details… and Sloths!

Jade and Nick's wedding was a riot of gorgeous colour and elements that really reflected them as a couple, at the ultra-cool Houdini Estate in Los Angeles - yup, that's the old estate belonging to Harry Houdini himself! Jade is a big fan of bright colours, and Nick is a robotics engineer, so when planning the wedding, they thought they'd combine the more whimsical county fair vibe with the more ye olde worlde futuristic side, and came up with a vintage world's fair look, which worked PERFECTLY.

Where do we even begin with Bobbi and Graham's wedding? The venue being an old Victorian baths? The amazing bridesmaids dresses in that gorgeous bright colour palette? The living room are that served as a top table and giant servings of paella made freshly in front of you? The space hoppers and garden games? All of it!?