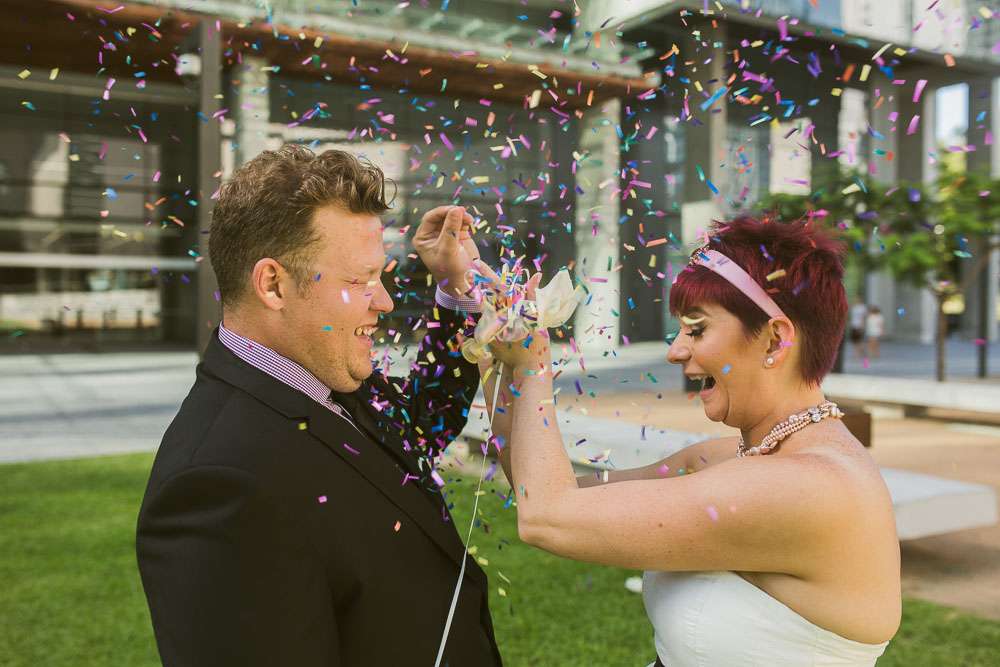 Tim and Ange were married in Brisbane. One of the most notable things about this wedding was that they completely changed their plans, mid-way through. They went from organising a big 100+ guest wedding at a fancy venue, to a small and intimate one in an alley in the heart of the city with just 20 guests… oh and organising it all in 12 weeks!

“I think the most important thing for both Tim and I was to feel like us on our wedding day”, began the bride. “Even in the early planning stages, we had been looking for vendors who embrace thing that are a little left of centre and who were willing to embrace our ‘less than traditional’ way of doing things.” 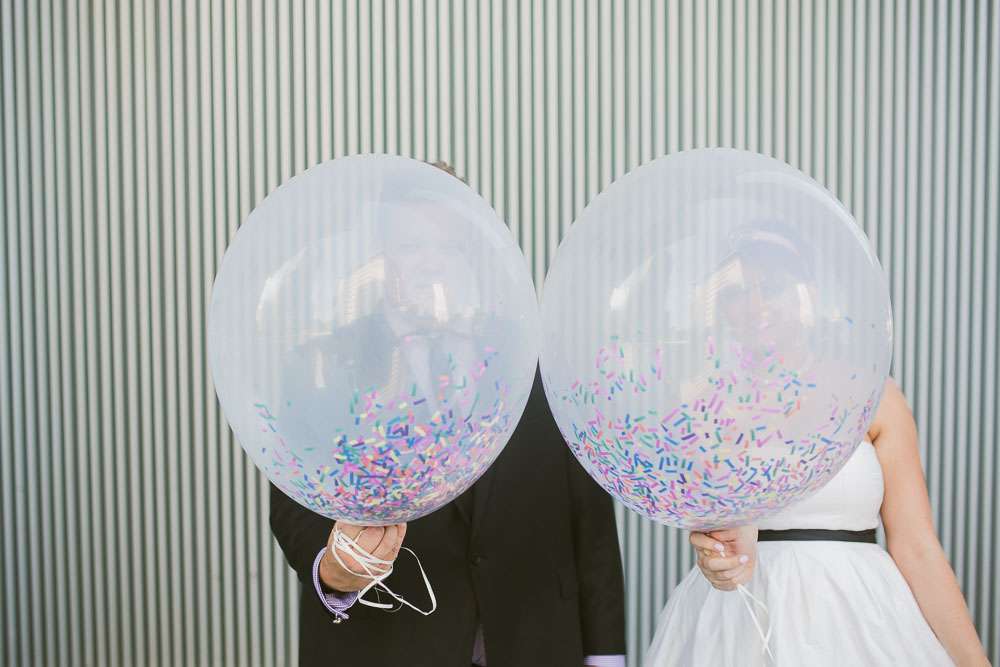 “Between being made redundant, struggling to find work and trying to plan ‘the big white wedding’ with Tim’s ever-changing schedule lighting theatre shows, we got pretty fed up”, Ange explained. “I think I had gotten to my breaking point, and after a very tearful afternoon with my sister and my niece, all I wanted to do is to be married to the love of my life. So we did exactly that. We went from a wedding almost a year away with 100+ guest wedding in one of Brisbane’s most beautiful venues to getting married in a city lane way with less than 20 people which we pulled together in just over 12 weeks… not to mention Tim being ‘on the road’ for 8 of those weeks (plus moving house!) It kind of threw some people to begin with, but at the end of our wedding day, as I closed my eyes next to my beautiful husband, I couldn’t think of anything that we should-would-could have done differently to make it more perfect.” 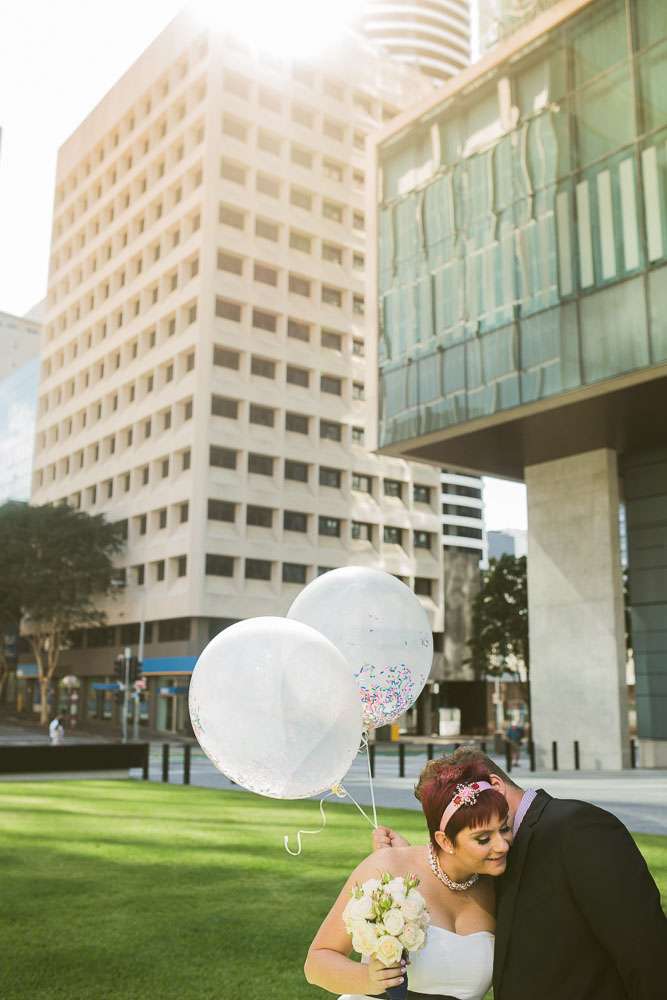 “One of the most unique things about our wedding was the space we got married in. After ‘the big change up’ we were trying to decide on a space that ultimately that felt like us. We definitely got our fair share of raised eyebrows when we told people ‘we’re getting married in a lane in the middle of the city’ but it couldn’t have felt as perfect if we had designed the space ourselves.” 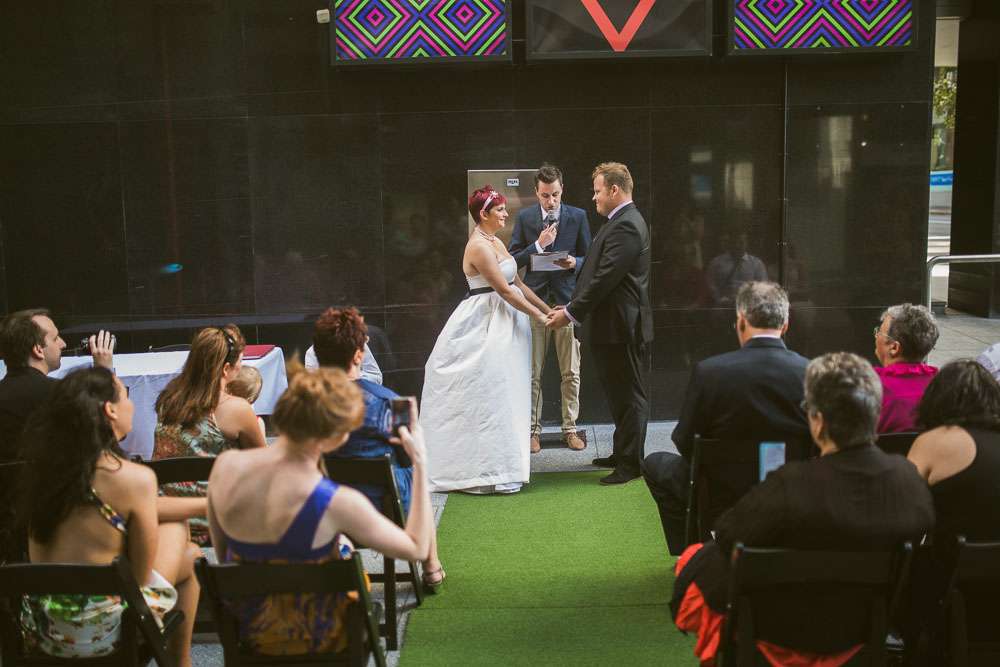 “My favourite thing about our wedding was the amount of love that was shared”, she smiled. “Sometimes at the start of weddings, a priest or celebrant says ‘Dearly beloved’, I can’t think of one person who was in attendance at our wedding who I wouldn’t take a bullet for, so to speak. Tim and I are both incredibly lucky to have such amazing friends and family, who support us no matter how crazy or hair-brained our ideas are. Oh! And the confetti, pretty sure no one would have believed I got married if there wasn’t any confetti!” 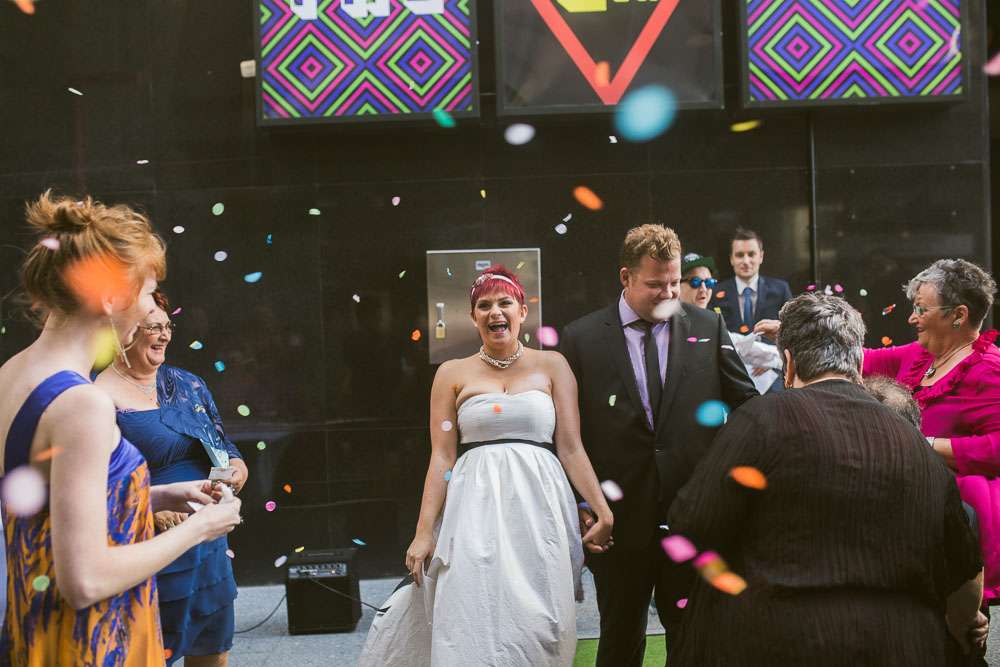 Ange wore a wedding dress from J Crew. Again, it wasn’t what she originally planned but in the end it was perfect – and budget friendly! The biggest saving we made was on my wedding dress”, she explained. “I knew I wanted something simple, but unique. I had looked high and low for ‘the one’, one night, casually browsing online, I found a fantastic dress at the American department store J Crew marked down to $1000 from $3500. I decided to buy it, and if it arrived and I hated it I could re-sell it online. Little did I know, the textured silks ‘festive rustle’ made me really really happy.” 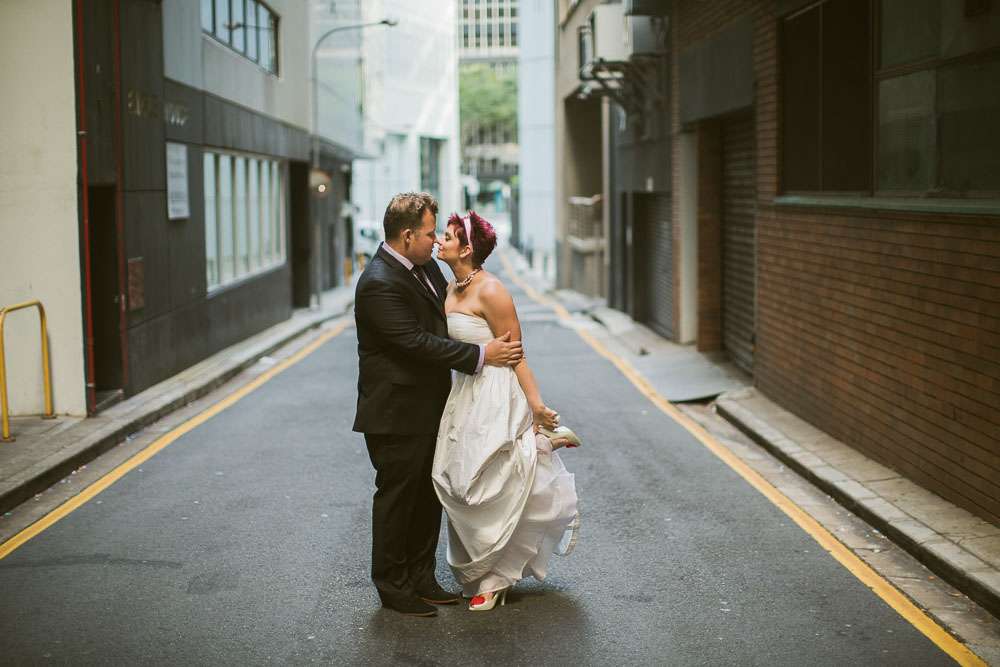 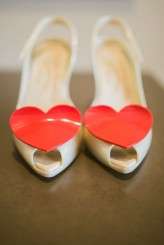 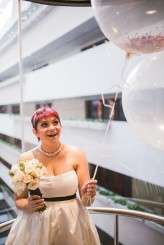 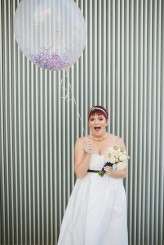 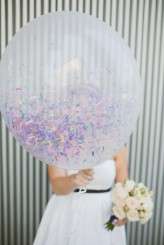 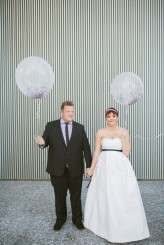 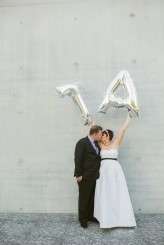 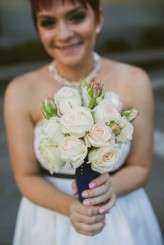 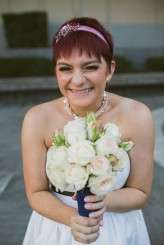 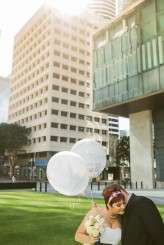 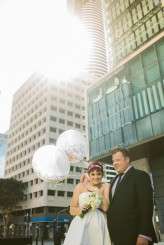 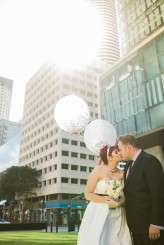 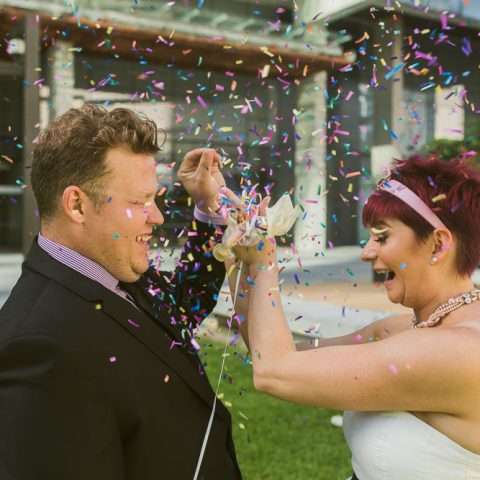 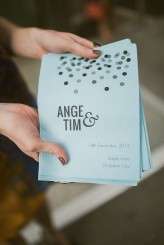 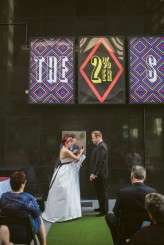 Em and Nick have turned the feel-good vibes up to 5000 today with their chic Melbourne warehouse wedding and its 'mid-century Mexicana' theme. I mean, a wedding with a neon "I like your face, loser" sign is going to be pretty bloody special, isn't it?

“Englishman in New York” – An Intimate Wedding on a Private Yacht: Natasha and Marc

When Gareth & I were in New York in May we met up with photographer Steve Gerrard as he was also over from the UK to shoot Natasha & Marc's wedding! The couple, also from England, flew him over with them as they knew he was their perfect wedding photographer after seeing him featured on Rock n Roll Bride. The intimate ceremony was held in the Ladies Pavilion in Central Park, which was followed by a photo session around some iconic NYC locations (they also met up again the next day to shoot some more!) The reception was on a private yacht with incredible views of the city.

Alison and Jeremy's wedding took place in Melbourne, They had a non-denominational ceremony in a church and their reception was held at Shebeen, a super cool bar on Manchester Lane. Their day was super colourful and nearly all the décor was DIYed by the couple themselves. "We didn't really have a conscious theme," explained the bride. "We just put together a wedding that represented us. Throughout the planning process we questioned a lot of the usual traditions and culled elements of a traditional wedding that didn't have meaning for us."