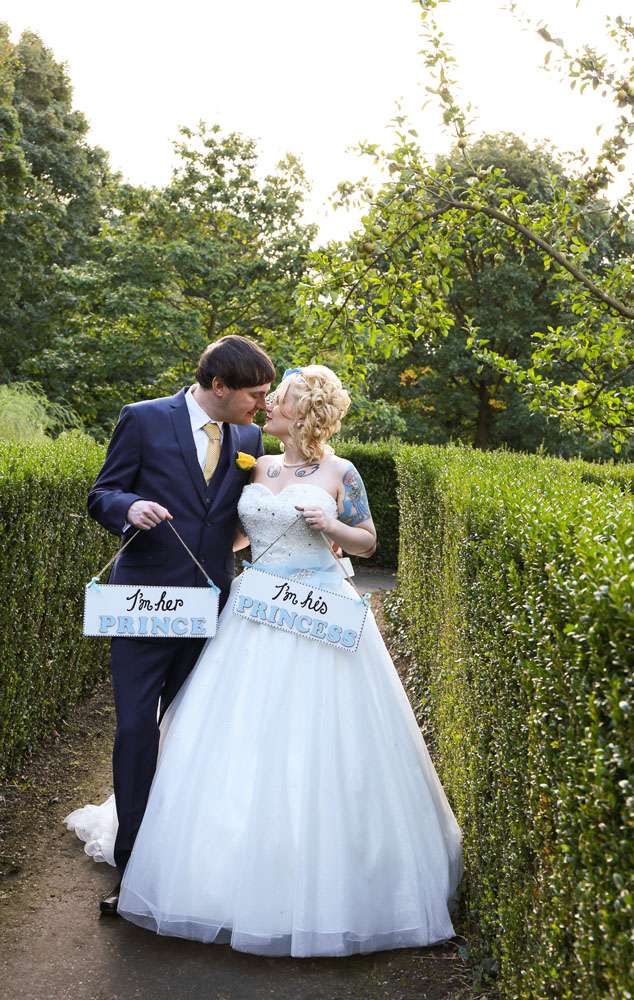 Viki and Ben’s wedding day was princess themed, but with added personality. Their official theme was ‘Alternative Disney’ and they were inspired by The Magic Kingdom and the fact that Viki, who is covered in Disney tattoos, had always adored the idea of a huge sparkly dress and a beautiful backdrop. Their cake was Beauty and the Beast themed, the bride’s dress was the Cinderella gown from Alfred Angelo and they took their photos with a Disney inspired prop book. 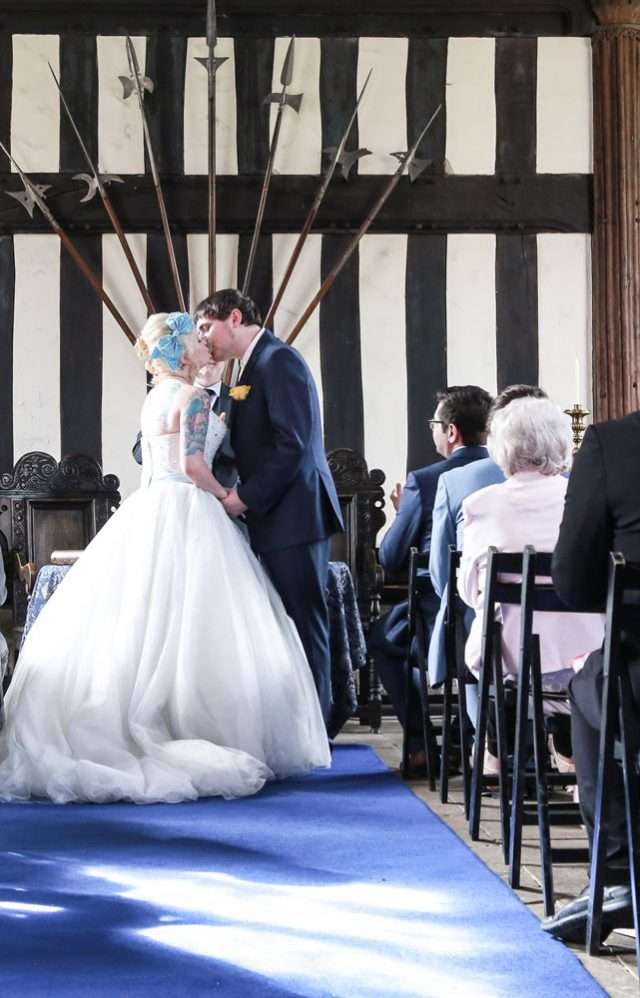 Their ceremony was held in a National Trust building, and for their reception they just wanted everyone to relax and enjoy the party, rather than having anything too structured or formal. “Our ceremony was held at Rufford Old Hall which is a National Trust building, so all proceeds of the day go towards the upkeep of the building”, she said. “It was held in the Great Hall and we had just 65 guests. However, our favourite part of the day has to be our reception. We had a huge party with all our family and friends. Everyone had an amazing time and they all danced until the very last song. Having all our favourite faces in one room was just fabulous.” 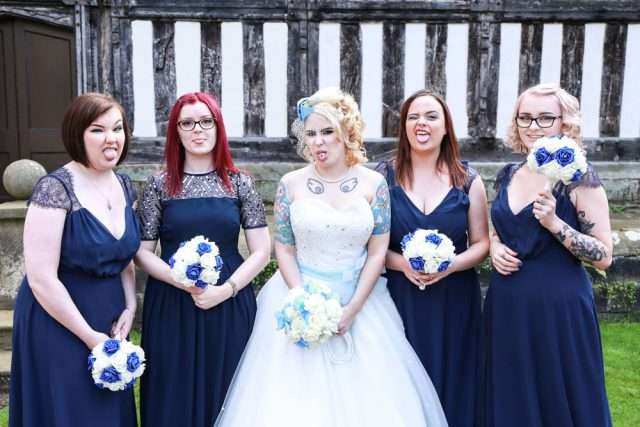 “We feel like the whole attitude of our wedding day was unique. Weddings can be incredibly formal and it can make people feel uptight and nervous. We were so relaxed, taking everything in our stride and enjoying the day. The guests had so much fun, the atmosphere was amazing and we wish we could relive it again!”

Their biggest expense was feeding everyone. “Our biggest expense was the buffet. We had over 150 guests at the reception and to put on a spread for that amount was never going to be cheap, but the food was amazing. We did save money by getting our dance floor, DJ, up-lighting, chair covers, sweet card and sparkling backdrop all from the same vendor, Academy Entertainments. Dealing with just one company for so many things also made it less stressful.” 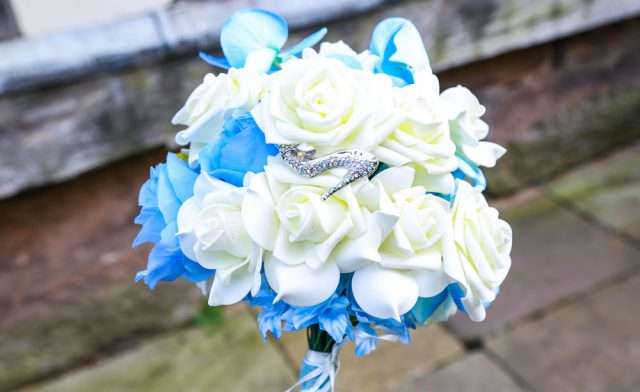 “In retrospect, we wish we’d stressed out less in the planning process, we put a lot of pressure on ourselves and I think that got in the way of the excitement at times. Our first reception venue cancelled on us, which was incredibly stressful at the time, but it actually worked our favour as the newer venue was perfect. We also didn’t realise just how much planning is involved! You never realise how many things you need to think about and include, until you forget them and someone reminds you…” 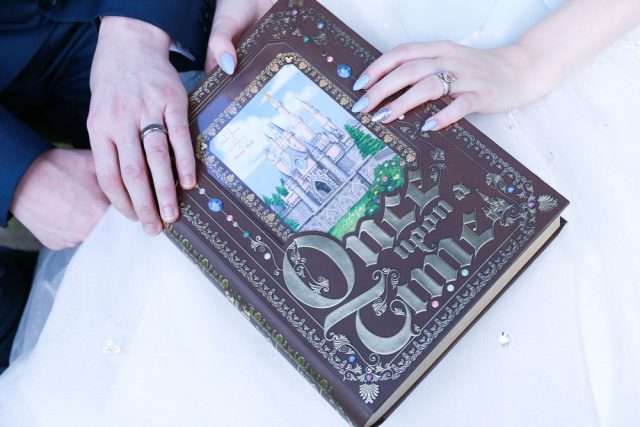 “Our advice for future brides and grooms is to always make sure you plan your wedding the way YOU want it, not how anyone tells you to have it”, she concluded. “No one can tell you who to invite, what dress is best to wear etc. It’s your day, so keep it that way. Also, looking around for the right deals and not going for the first vendor or price you see is always the best way to go. We are so happy that we could have the fairytale wedding that we always wanted on a budget.” 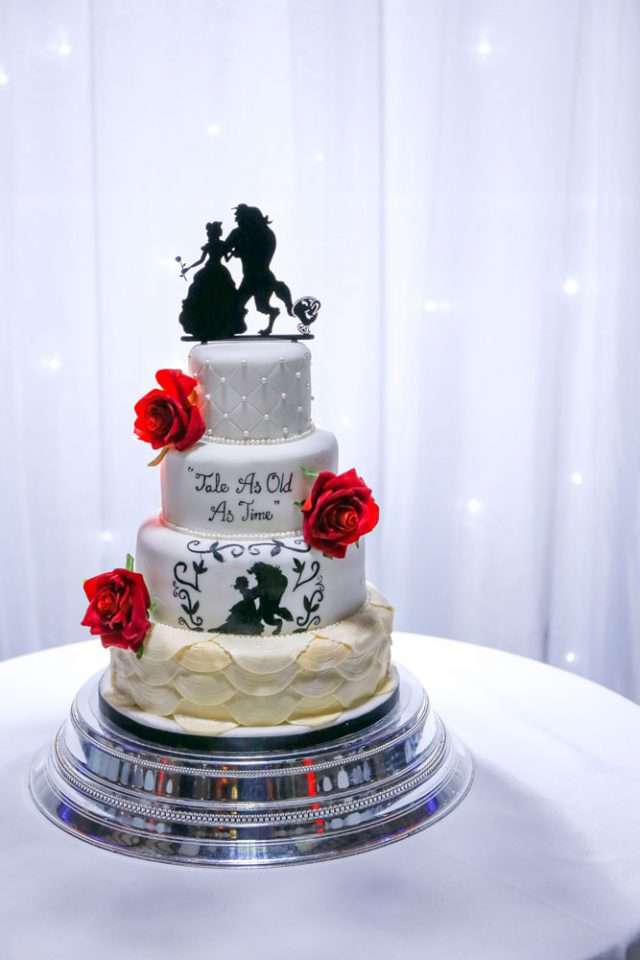 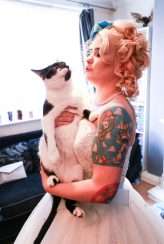 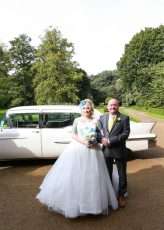 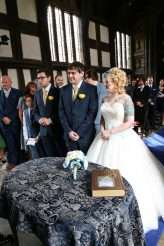 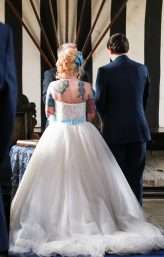 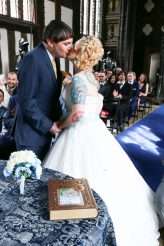 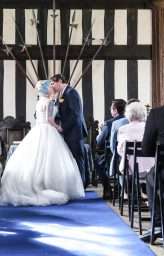 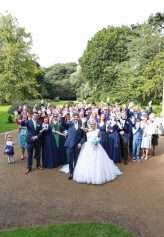 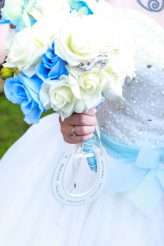 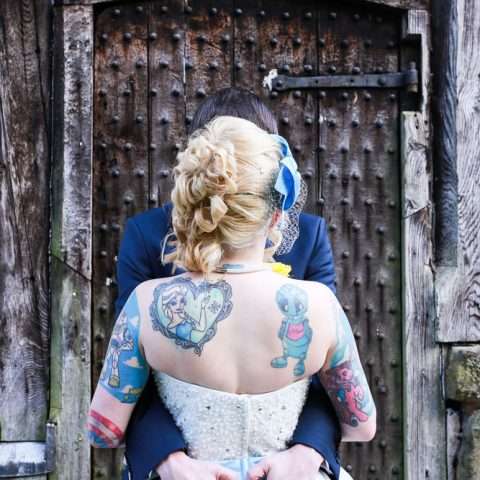 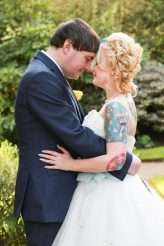 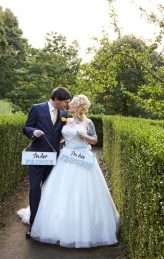 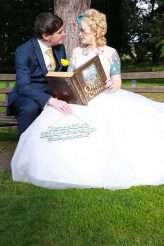 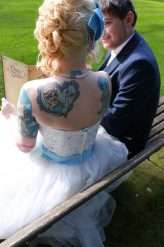 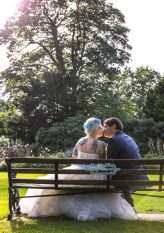 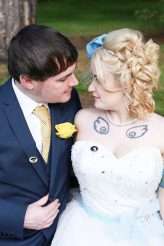 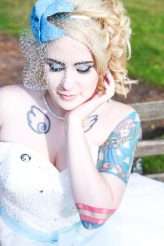 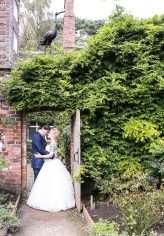 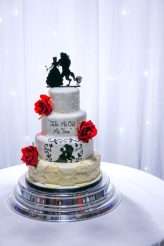 All You Need is Love… and Donuts! A Laid Back, Child Friendly Wedding

Kayleigh and Darren are very family orientated, so when it came to planning their May 2019 wedding they knew they wanted a venue where the children could have as much fun as the adults!

Turquoise & A LED Light-up Bouquet: A Winter Elopement in Cornwall

There's a special place in Lora and James's hearts for December 21st as it's the date James officially asked Lora out, and four years later on that same day he proposed. So of course it had to be their wedding day, too! They eloped on their fifth anniversary and married in Cornwall. The whole day was about them just being together and really feeling the love. Also there was a cat at their wedding, which we know you will just love!

“Up” Inspired Portuguese Wedding with 3000 Balloons!