Carly and Charlie wanted a woodland wedding with lots of details. They didn’t pick out a theme really, they just chose things they liked. “When we started to think about the type of wedding we wanted we agreed we wanted a relaxed day, nothing to stiff or formal”, said the bride. “The most important thing to us was being surrounded by our loved ones enjoying themselves. We didn’t want to become obsessed with details that wouldn’t be the lasting memories for our guests.” 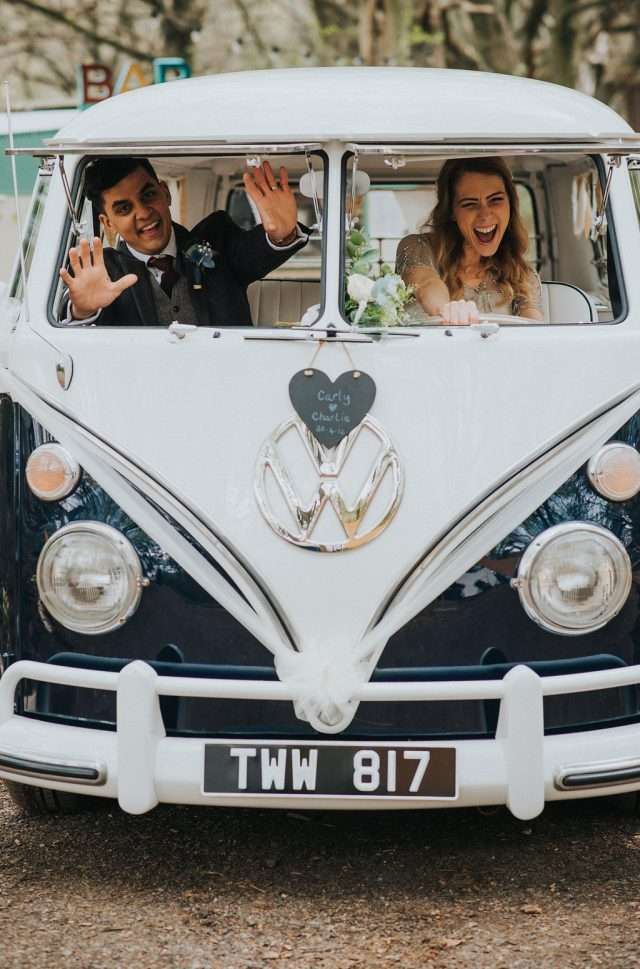 They had lots of help from friends and family to pull the wedding off. The groom’s mother did all the flowers and made the cake and his cousin made all the tables and chairs from old pallets! “The tables were decorated by friends and family with old terracotta pots purchased from the village fete, they were then filled with live moss, violas, pansies and herbs. We had been collecting apple juice bottles to use as vases on the table, we then decorated with hessian and lace. For flowers we wanted something, very organic and soft tones with lots of green and white.” 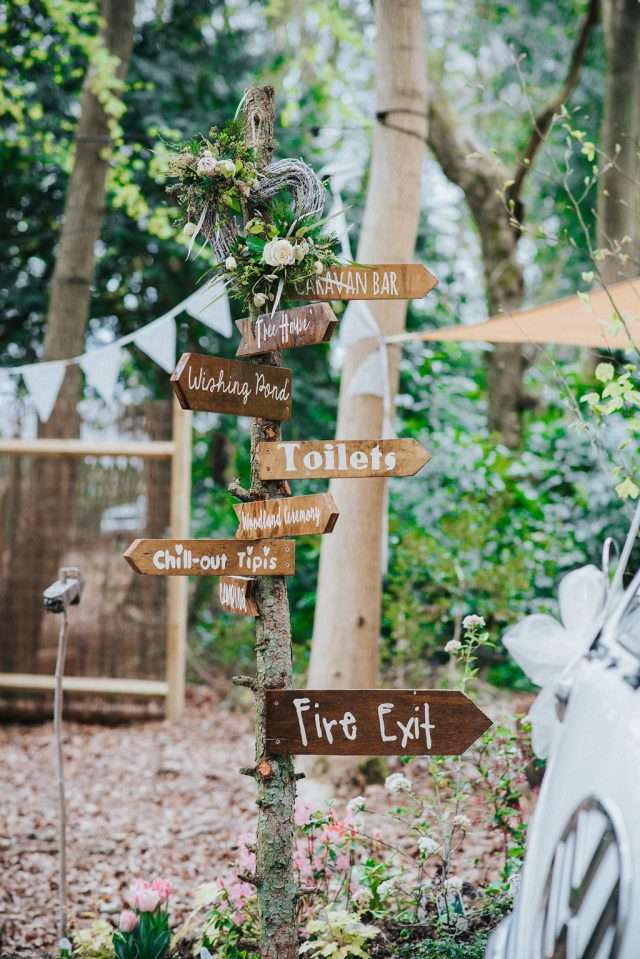 The photo booth was also homemade. “We had an old horsebox that we used for moving our sheep around. We had the idea of converting this into a photo booth for the wedding. It turned into quite a big task but so pleased with the outcome. We put a lot of thought, money and time (probably 100+ hour labour) into the horse box and it was worth it.” 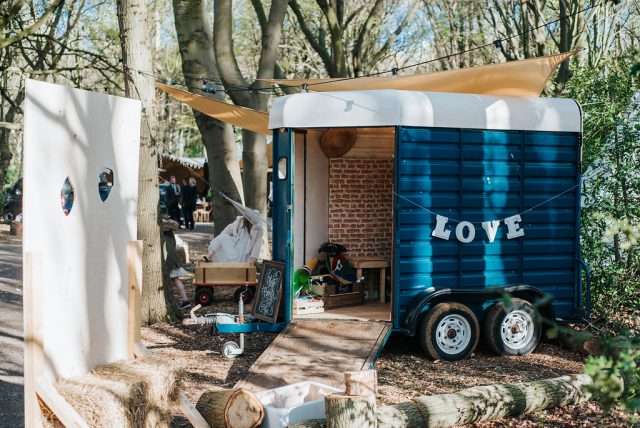 “My dress is by Sophia Tolli, after not wanting anything too embellished I came away with the complete opposite. The detailing in the dress was beautiful, it to be had a 20s feel about it with the lines so I teamed it up with a beaded cape. The cape was a purchase from ASOS, something a bit different and a bit vintage. The bridesmaid dresses were also ASOS.” 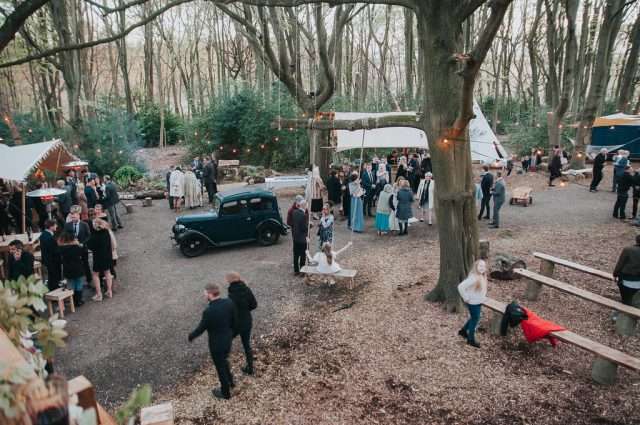 The pair’s favourite part of the day was just after the ceremony. “Driving away from the church as a married couple was such a highlight. “Charlie dad’s old Austin Seven was waiting outside the church. Charlie had always wanted to drive away from his wedding and I’m so glad we did. It meant we had some time on our own, the old girl ran out of fuel as we pulled into the driveway of the venue. Charlie had to get out and sort it as the guests were all pulling in, it was so funny. Fondest memories are dancing around outside under the stars with all our loved ones with the band playing in a tree house.” 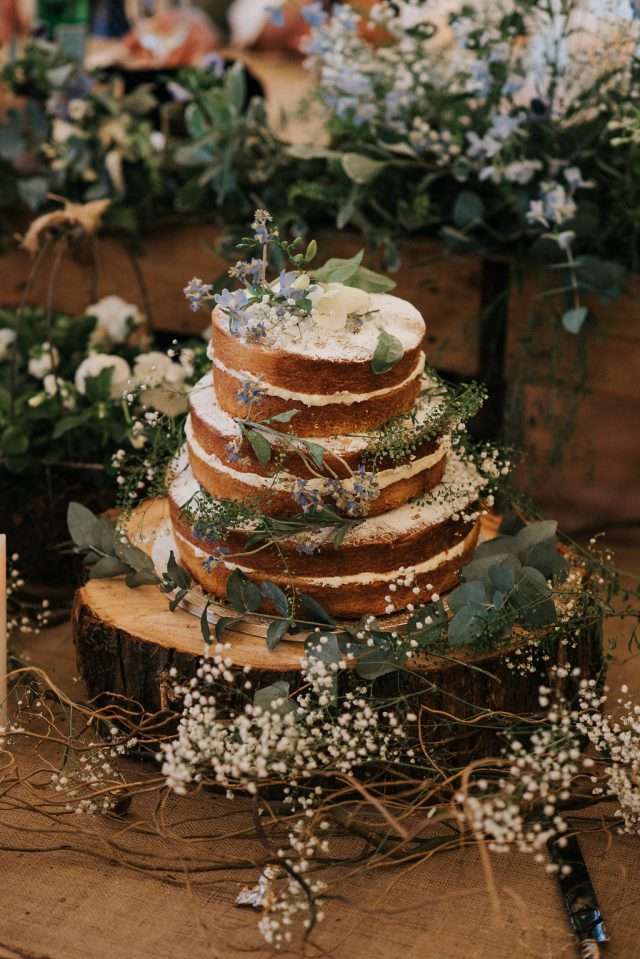 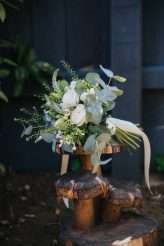 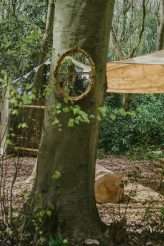 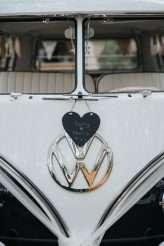 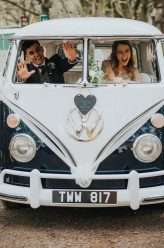 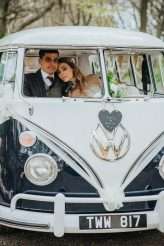 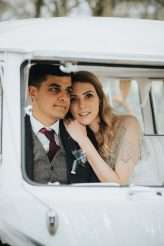 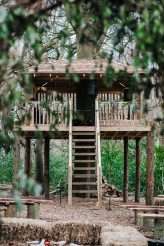 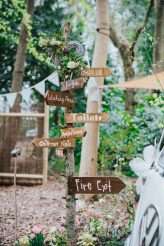 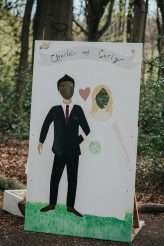 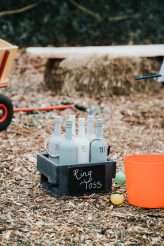 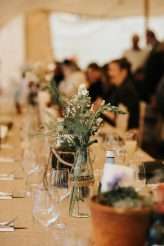 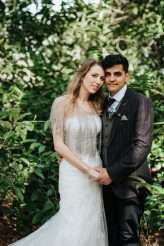 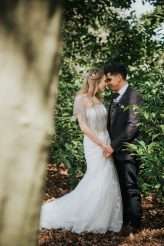 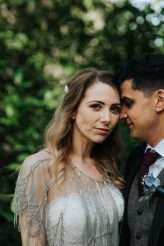 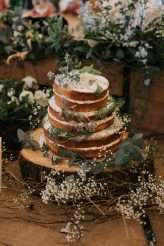 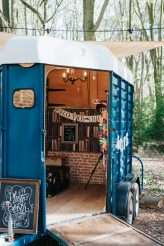 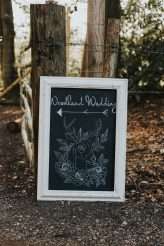 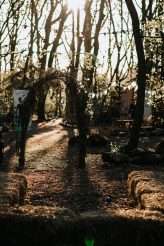 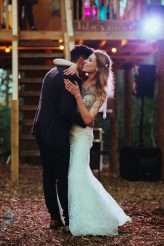 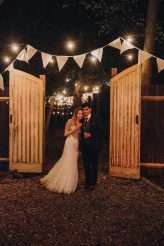