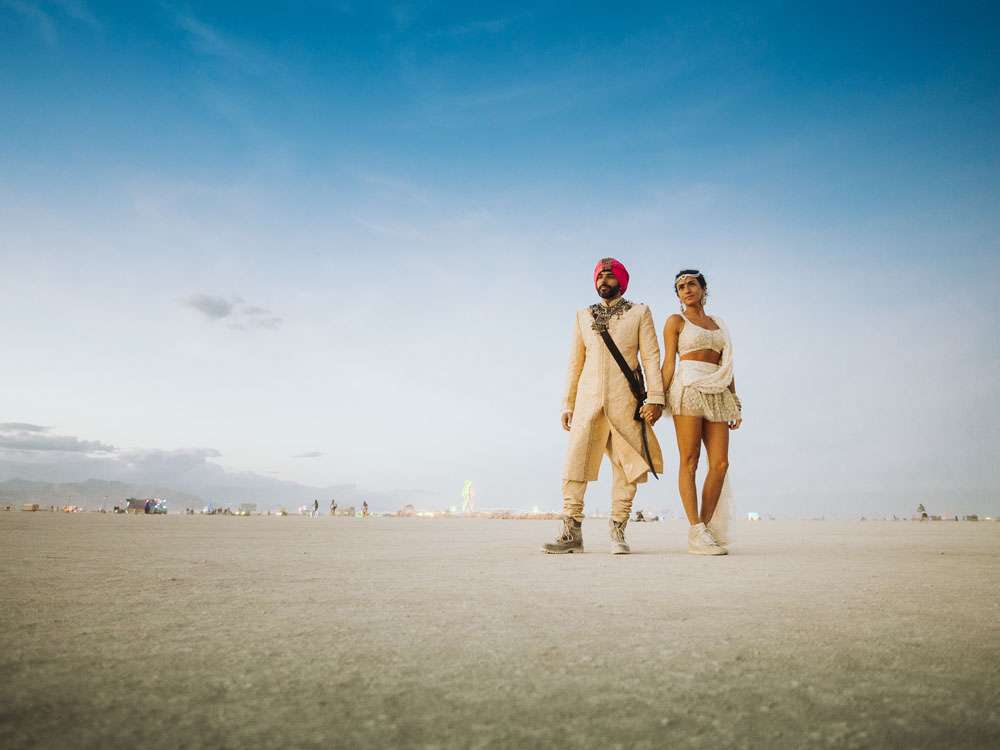 Oh boy, have I got a doozy of a wedding for you today. Prepare for your mind to be blown! Arjun and Azadeh travelled all the way over from Dubai to be married in the Black Rock Desert at Burning Man.

“The inspiration for our wedding was our cultures, and having travelled together across India, Iran and 21 different countries”, said the bride. “We used elements that inspired us in our travels so far. I am Iranian and my husband is Sikh and from Dubai.” 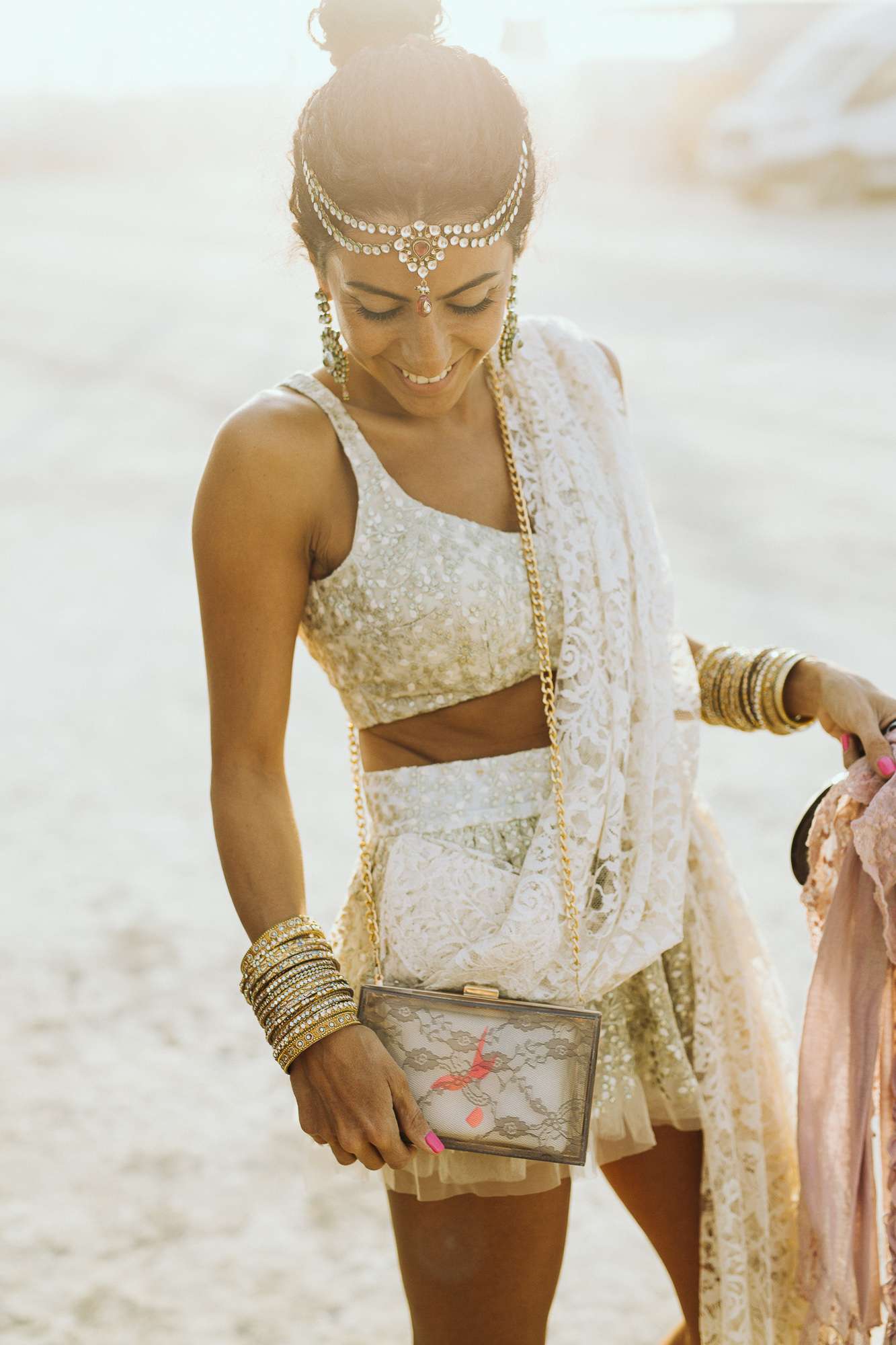 The ceremony was held at the Mazu Temple “It was emotional, spontaneous and luckily no one else had planned their ceremony at the spot and time we did! There were two other ceremonies in other parts of the temple though and one looked like a Dothraki wedding out of Game of Thrones!” 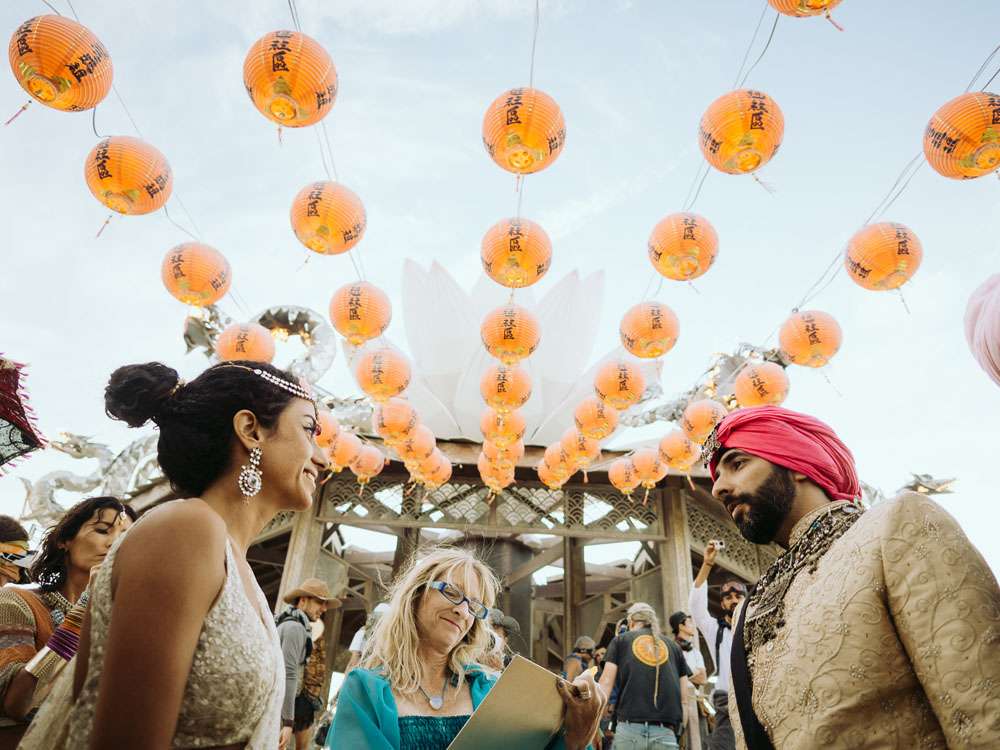 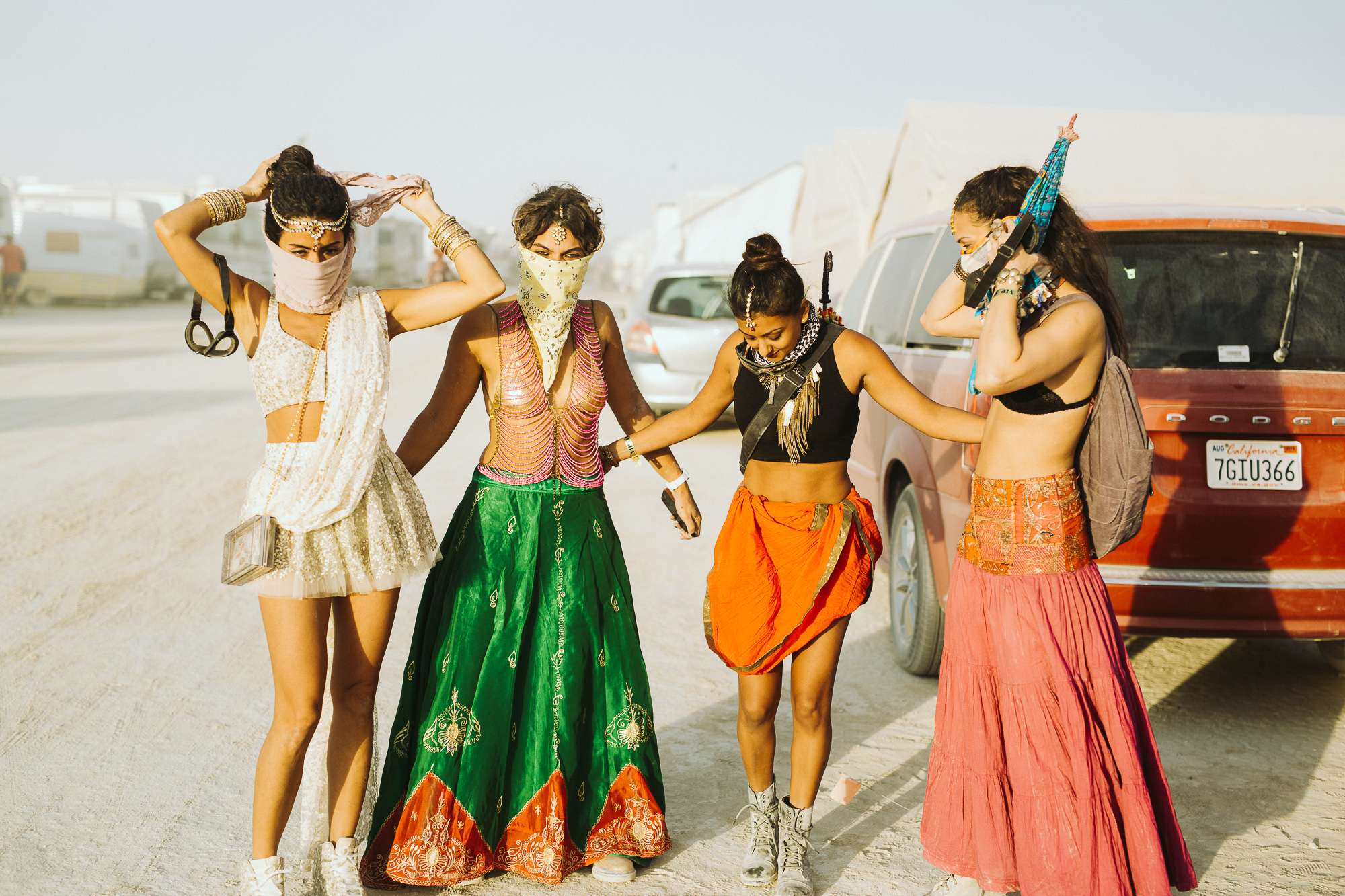 “My highlight of the day was the moment I tapped Arjun on the shoulder and he turned around to see me for the first time. He said his favourite part was putting on the ring and looking out and seeing this quirky collection of characters, old friends, new friends and curious strangers and onlookers all watching in wonderment.” 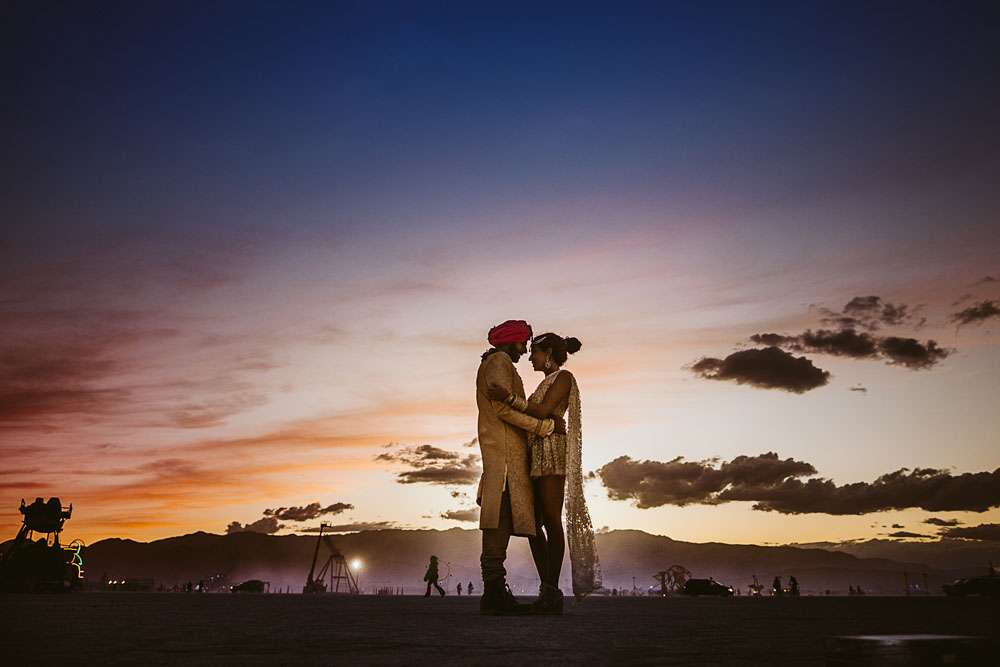 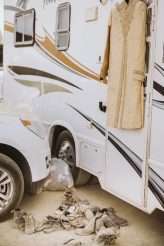 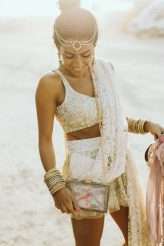 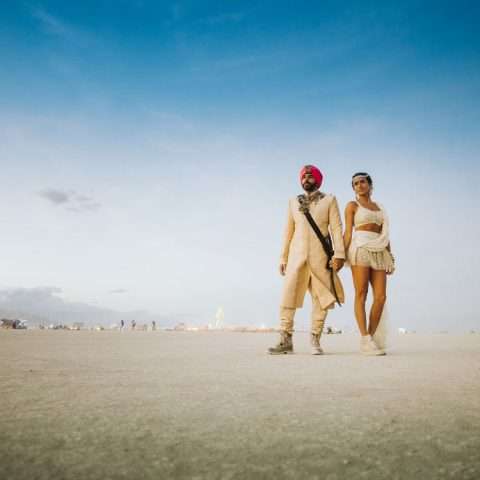 There was a bit of a problem when I received Neysa and Kevin's wedding submission. I was convinced they couldn't be real people. I mean, have you ever seen a couple so attractive in your entire life? Add that to the fact that they probably had one of the coolest weddings I've ever seen and I was 100% convinced that this must be some kind of staged shoot.

Stand by and prepare to flip out over this incredible Burning Man wedding. It wins EVERYTHING. The day was the truest expression of love. There were no flowers, centrepieces, stationery or cake. They had the ceremony at the Heart Phoenix Art Car by the Embrace Sculpture with 500 people looking on.

Back in February 2011 I was at exhibiting at the first Designer Vintage Bridal Show, Birmingham. Luckily for me the organisers plonked my stand right next to one of my ultimate besties, wedding photographer Emma Case. On the second day of the show in walked bride-to-be Aneesha, who had decided she wanted Emma to capture her 2012 wedding. After chatting about wedding planning, blogging and photography Annesha went upstairs to try on wedding dresses. Always one to get excited about this part of wedding planning Emma & I followed to see what the bride-to-be would pick. Aneesha & Ed were having a traditional Indian ceremony in the morning, but for the evening reception they wanted to change into western wedding attire. As soon as Aneesha tried on the slinky Yevonde by Jenny Packham the tears started to fall and we all knew it was the dress for her! I'm honoured that I was allowed to witness this experience and I'm even more thrilled that today I get to share their full wedding story with you.